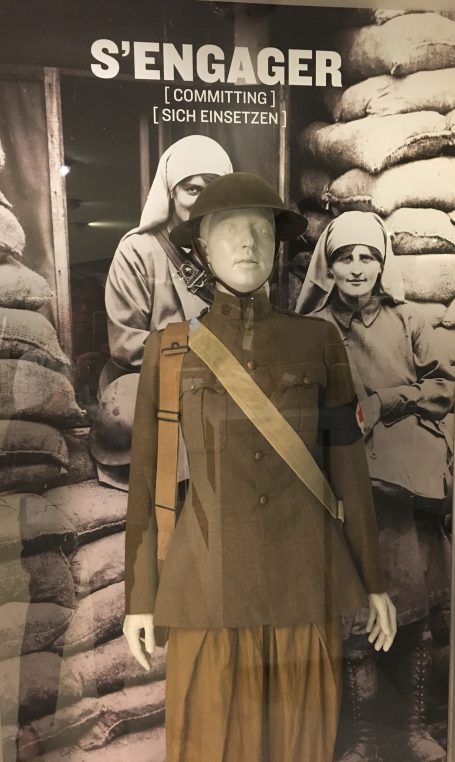 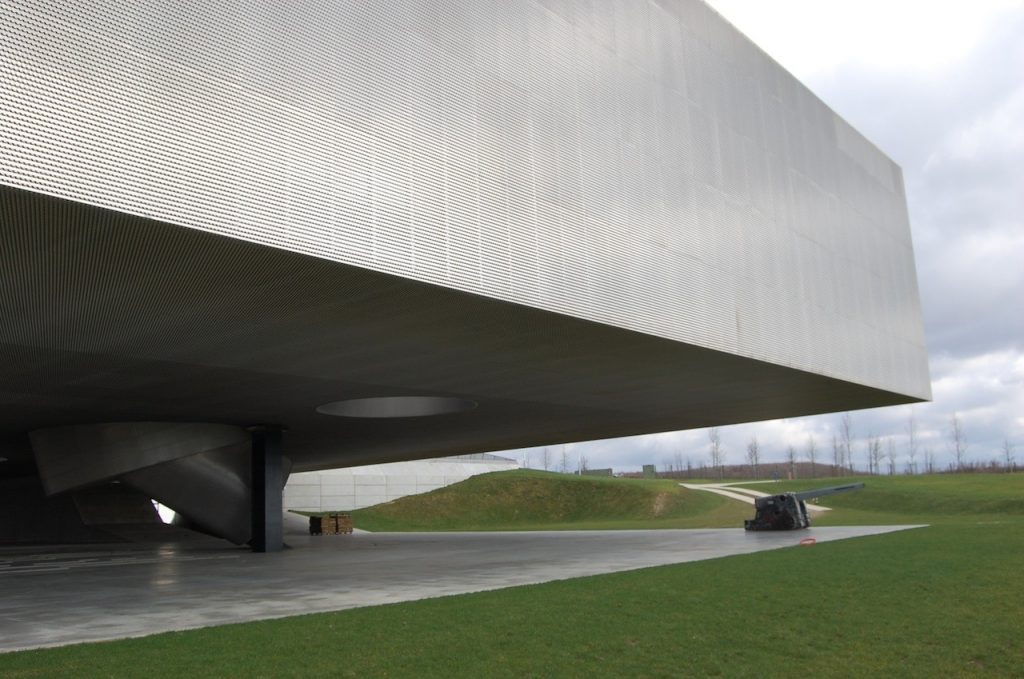 Where else but in a museum celebrating the First World War and founded on 11/11/ 1211, should one go and learn about an event which shook Europe and the USA and turned the XX th century into a modern world on many levels? In Meaux, an hour east of Paris, le Musée de la Grande Guerre was built on one of the first battle fields of la Marne. Whether you like weapons or uniforms, (I don’t particularly) you will be interested in the exhibition “Families throughout the war” which describes the incredible bereavements of men and children abandoned by the 1 400 000 dead soldiers. And this year is the hundredth anniversary of the armistice. 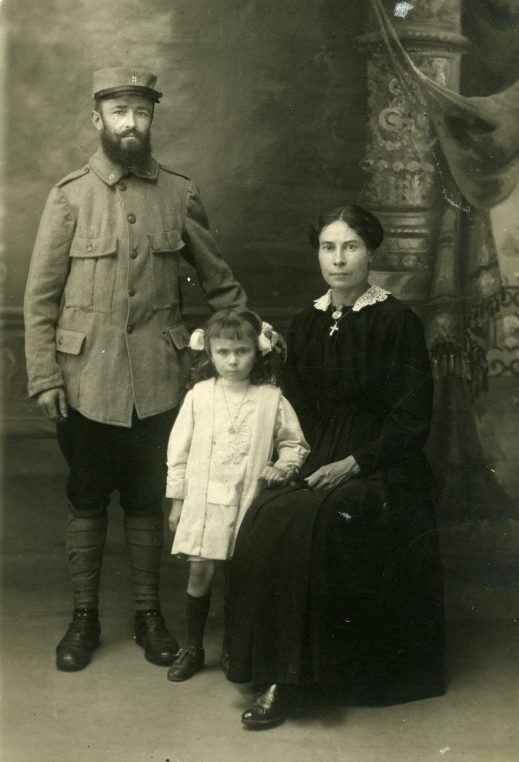 The museum has the simplicity and elegance that it deserves. Located just above the city of Meaux, in the middle of the fields,  it reminds us of how close the battle fields were from Paris. On September 6, 1914, six hundred Renault taxis left from the Invalides bringing 3 000 troops to the front at a speed of 25 kms/hr. These cars were created in 1905 with 8 cv and 2 cylinders. They will become famous as Taxis de la Marne and later, the taxi company G7, now prevalent in Paris, will take their name from the immatriculation plates of these taxis. 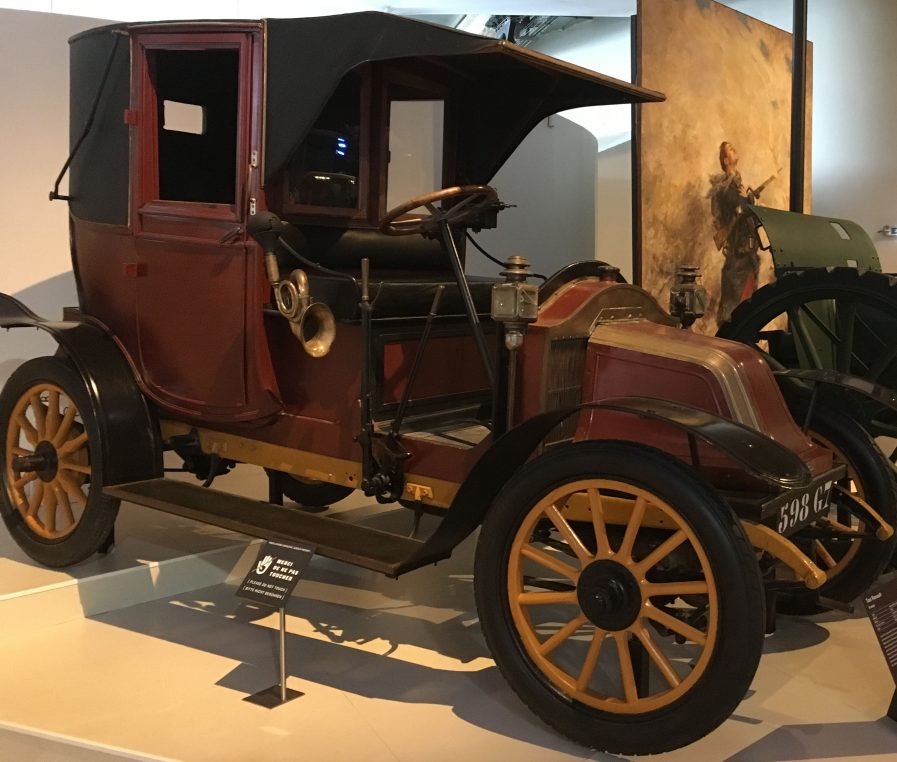 The War was dramatic in many ways but also opened new a modern society to women through medicine, communication and work. A fascinating exhibition is showing the traumas of separation and mourning, the letters and postcards sent back and forth to the front, the fashion of widows and the evolution of authority within the family. 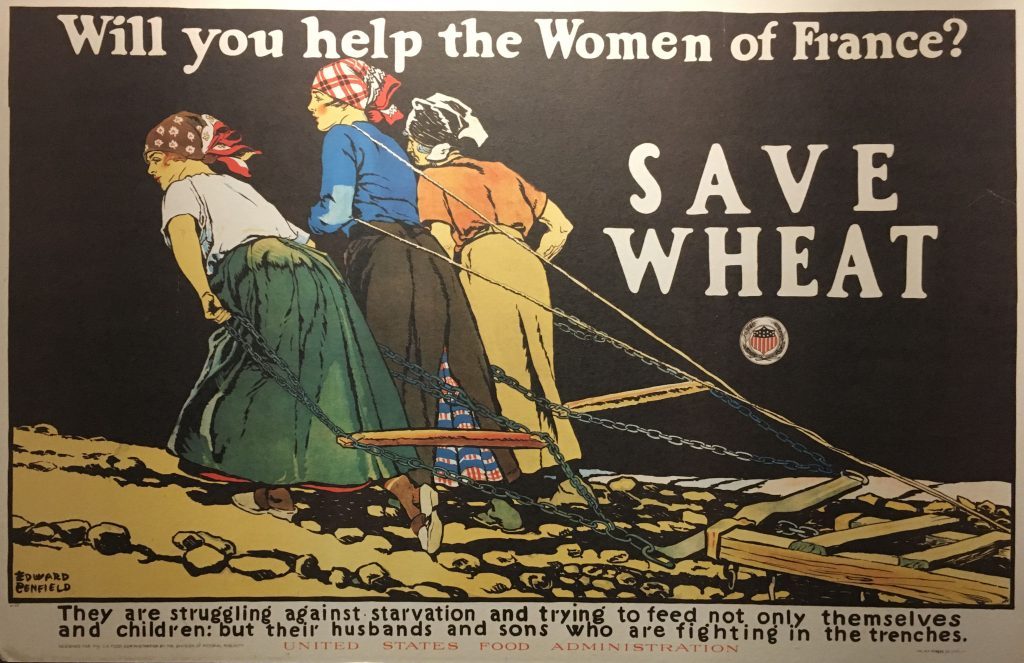 The curator Jean Yves Le Naour has selected three hundred object and prints, funeral plates and letters to show in a concrete way, the losses and happy moments. A special section on the mail service and a silent film on a postman are charming. Quick weddings, and childbirth in absence of the father, were frequent and a whole imagery comes from it. 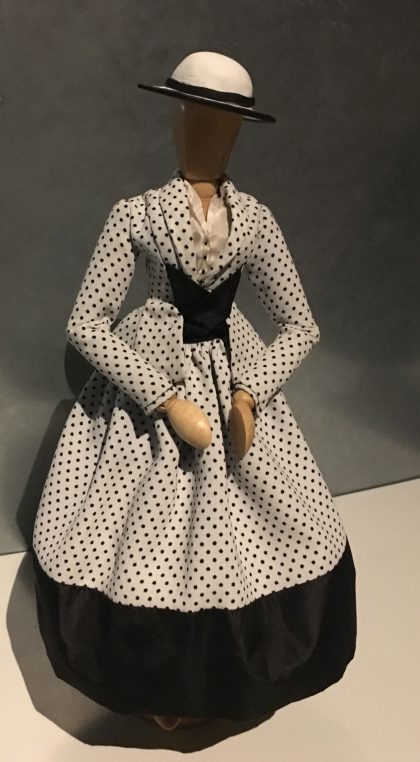 A lite model shows the fashion for “demi deuil”, widows at the end of their mourning period were allowed black and white clothes

You can visit this exhibition on multiple levels. Children will love the cars, the pigeon trucks used for communicating with the front and the uniforms and the guns. Women will enjoy the Women’s lib atmosphere of some of the rooms. Romantics will like the exchange of mails and the symbolic of marriage before leaving for the front. And the posters at the end of the show encouraging the French to buy reconstruction bonds are quite beautiful… 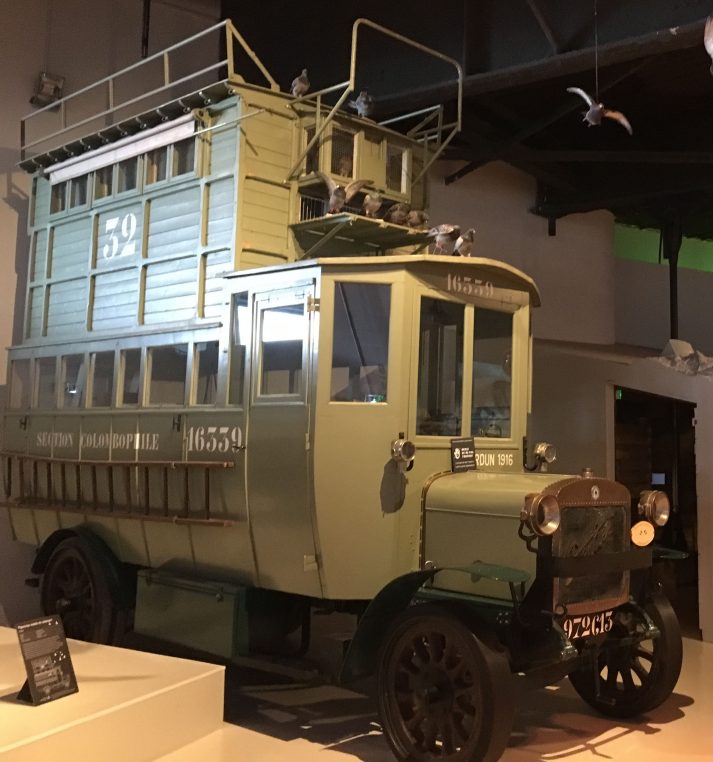 Mobile pigeon truck, where carrier pigeons were held and fed for communicating to the front.

If you are not interested in world conflicts, the hundredth anniversary of the 1918 armistice,  could suddenly be a reason to learn…