When I decided to lengthen a little the summer until Labor Day and to go and visit the Fonds pour la culture Hélène et Edouard Leclerc in Landerneau (near Brest), I did not expect to see the marvelous exhibition at Musée départemental breton de Quimper. One is a trendy center for Parisians who like to see their friends’ art collections, the latter is a true delight of all Breton art, set in a medieval building, formerly Palace of the Bishops of Cornouaille. Guess which one I liked best? 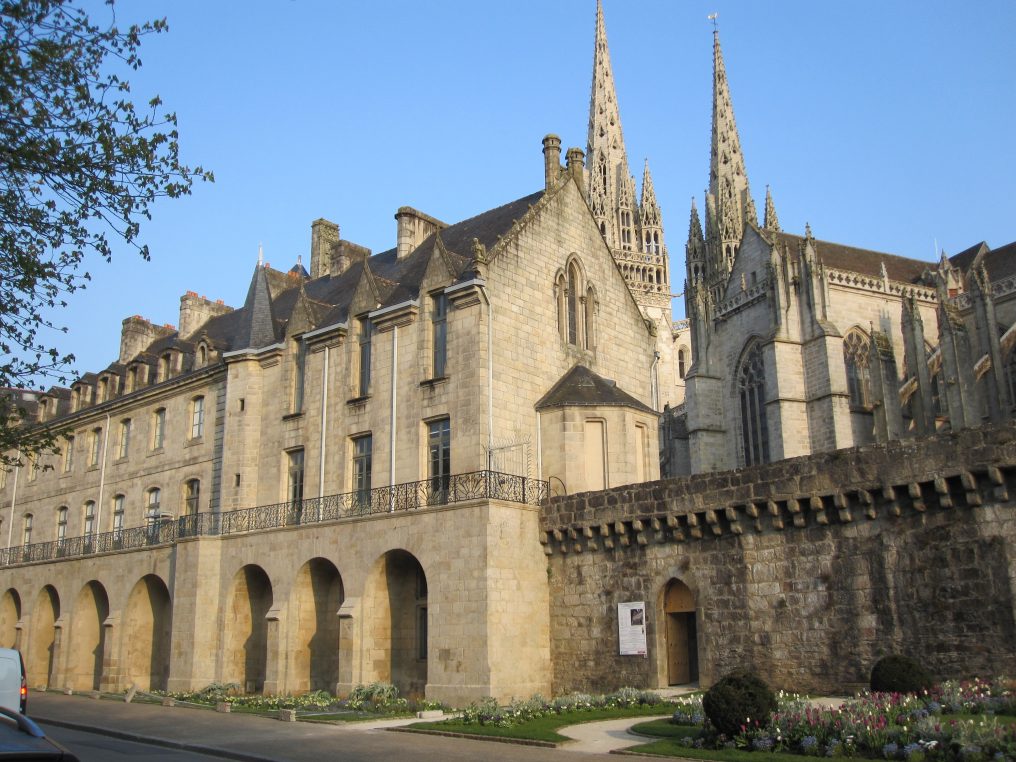 A view of the Musée départemental breton as seen from the quay, with the cathedral St Corentin in the back, photo Catherine Tropès

To visit Brittany in the sun is a blessed event. And spending half a day in Quimper to see “The last of the Impressionists” exhibition in its two museums, was a total surprise. The five artist friends assembled under the name of “La Bande noire” (the black gang) until September 29, are Charles Cottet, Lucien Simon, André Dauchez (his brother in law), René Xavier Prinet and Emile René Ménard.  And if you like religious sceneries and regional costumes, daily life details and picturesque encounters, you will love this show curated by Le Sidaner’s grandson Yann Farinaux-Le Sidaner. 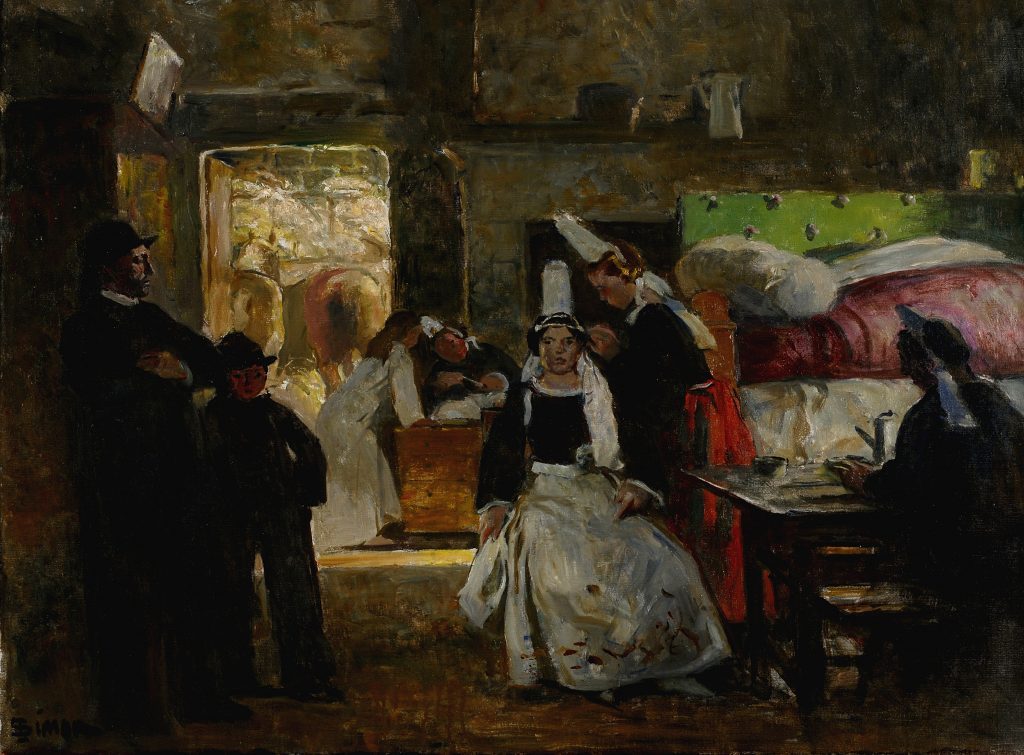 Lucien Simon, who lived in the Semaphore of Sainte Marine, near Bénodet, and did not know how to swim, developed many friendships with the locals and concentrated on painting their intimacy, their customs for the Pardons (religious feasts), the ladies shopping and sewing habits. His father was a doctor but he refused to join any high level school (he prepared Polutechnique at Lycée Louis le Grand) and devoted his life to art with his friend Charles Cottet, a Savoyard who lived closer to Camaret and Crozon near Brest. He married André Dauchez‘s sister and they both went painting along the Odet river which flows from Quimper to Sainte Marine.

When you walk along the coast of Kervily after an excellent lunch at Le Doris, you find on the striking cliffs some abandoned fireplaces for burning “goémon”. These seaweeds were traditionally used to enrich the soil on the farms. These fireplaces were painted by André Dauchez in 1931. The painter had five successive sail boats built so that he could explore the shores of the Odet river where houses and trees form a dramatic landscape. You can still navigate there today and it’s great fun. 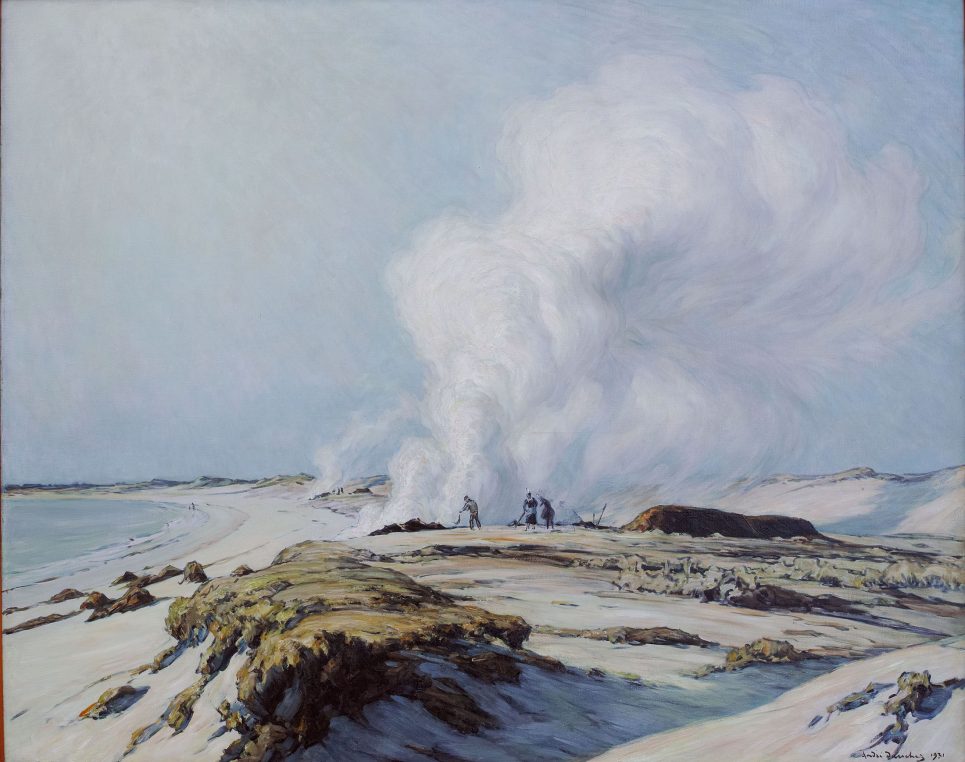 This exhibition is extraordinary because many of the works have remained in the family of the artists. Lucien Simon, who bought and decorated a semaphore in Saint Marine in 1902, had a very brilliant career and died in 1945.  His grandson still lives in the same house at the tip of the harbor with his children and nephews. One of the youngest member of the family, Théophile Boyer, has just published a novel (Mort d’un requin pèlerin, Alma Editeur) set in the same semaphore. 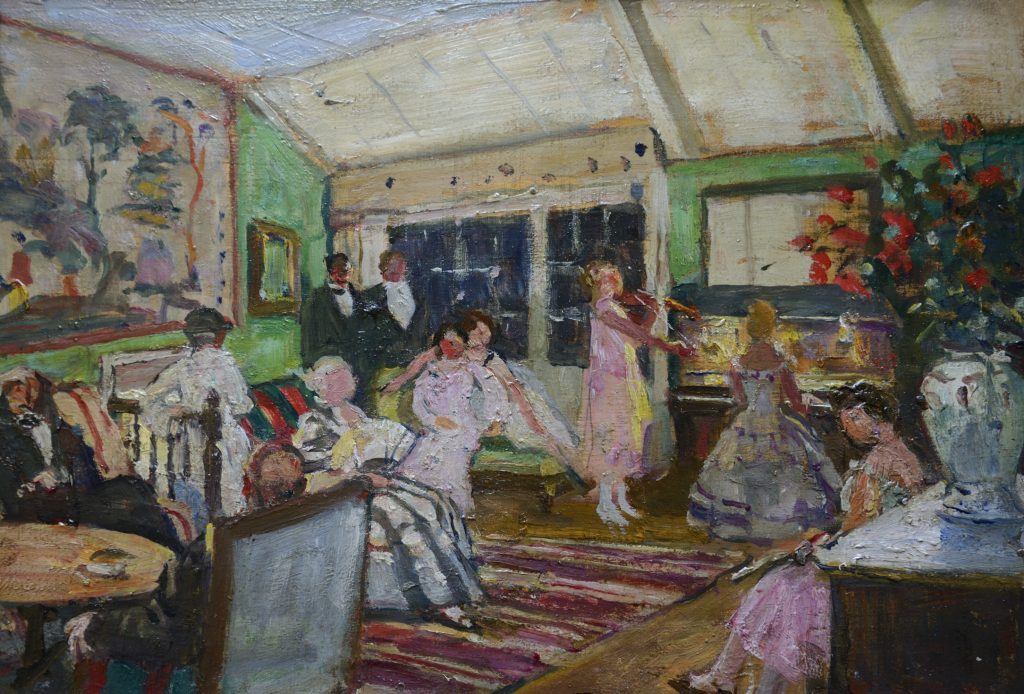 The whole coast of Cornouaille (the French Cornwall) is beautiful all the way to Crozon. And seeing this show is the perfect introduction to the mysteries of daily life in Brittany at the beginning of th XX th century, a duchy which has always been independent from the rest of France.

In the same Musée Breton, you will follow since the Middle Ages, the history of costumes, of Quimper faïence and of religious art.  The exhibition goes on at the Musée des Beaux Arts where portraits by Jacque Emile Blanche, Antonio de la Gandara, Henri Martin and Henri le Sidaner represent intimist painters from la Belle Epoque. 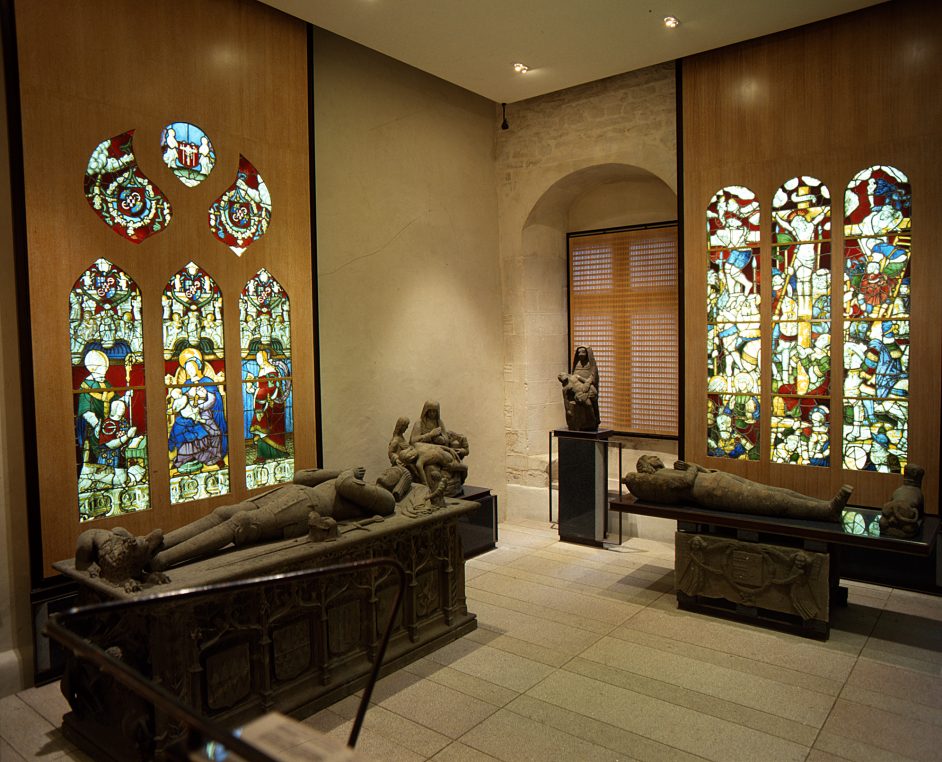 In Landerneau, the atmosphere is very different in the former convent transformed by the Leclerc family into an art center. Laurent Le Bon, director of Musée Picasso and Patrick Mauriès, a writer and collector,  curated an exhibition around fifteen collections of “Objets de curiosité”. The most glamorous one belongs to antique dealers Nicolas and Alexis Kugel (gilt bronze Augsburg automats), the most esoteric is Mallorca artist Miquel Barcelo‘s, who shares his passion for archeology,  the most disappointing is the choice made in the Hermès collection. 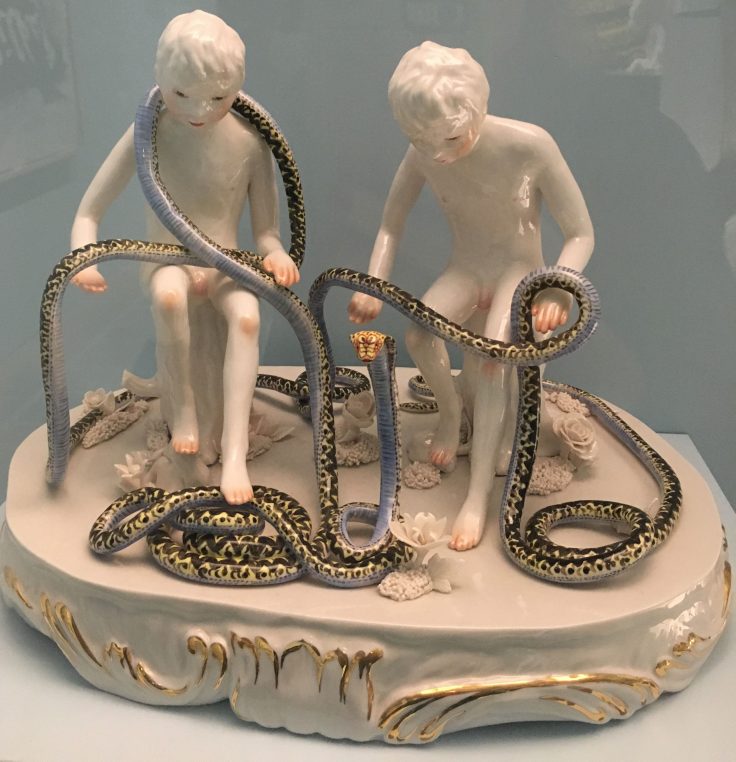 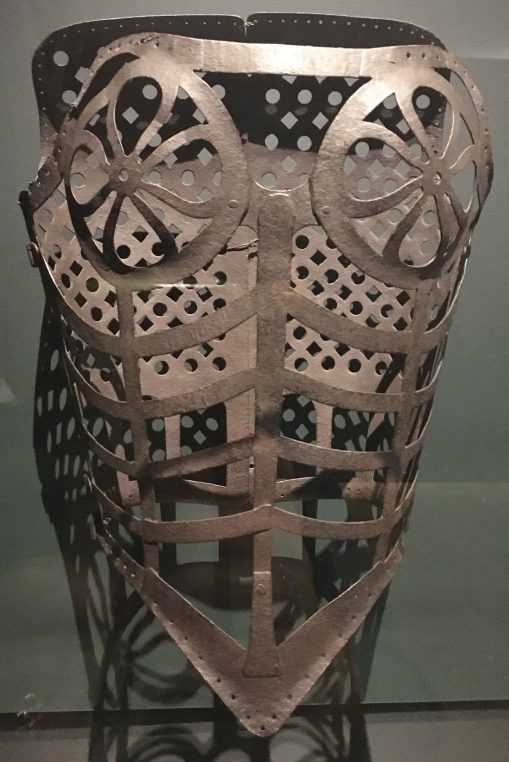 But what I preferred is the strange 16 th century iron corset and the mold for consecrated hosts lent by the Musée des Arts du fer Le Secq des Tournelles.  These medieval artifacts are so inventive and interesting!

In the chapel which has been restored, Michel Edouard Leclerc exhibits many religious sculptures and windows. So if you still have a few days of holiday go directly to Quimper (exhibition until September 29 but the museum is there all year round), Landerneau (until November 3),  Abbaye de Daoulas and its gardens with a photo exhibit (until January 5)! You will not be disappointed!

One Comment on “In Quimper, happiness at the Breton museum and trendiness in Landerneau”