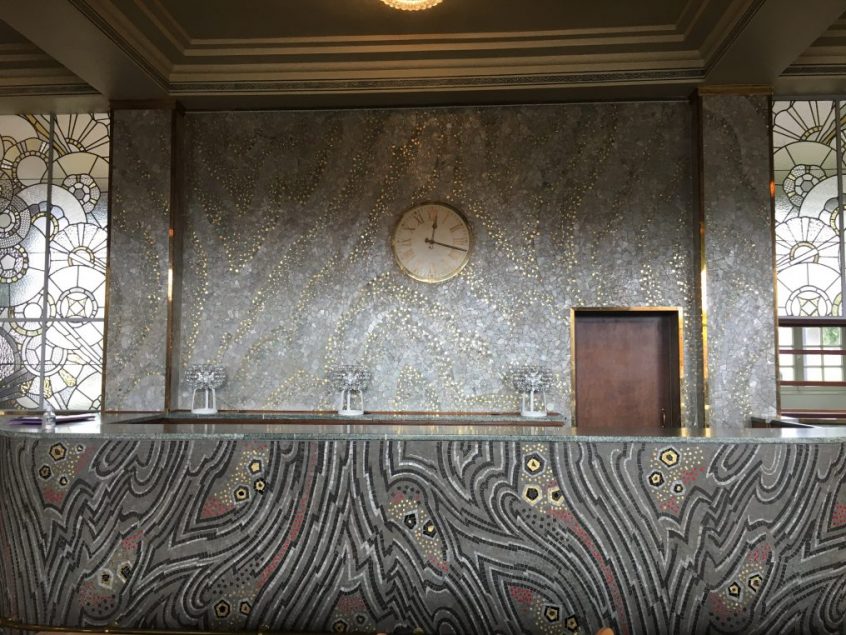 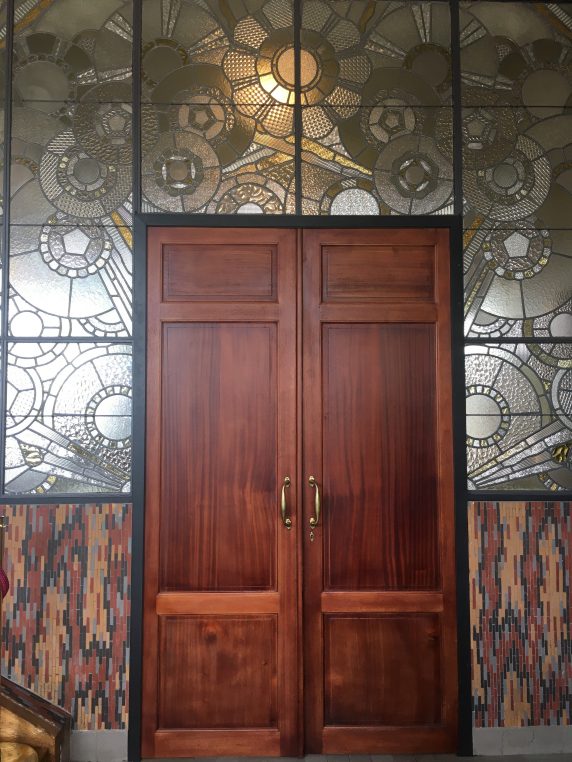 The town of Saint Quentin, an hour and a half North East of Paris (70 minutes by train), is one of the places that I had wanted to visit for many years and I never managed the time to do so. It is famous for two things: the Musée Antoine Lécuyer with pastels by Maurice Quentin de La Tour, 1704-1788, and the 1929 Buffet de la gare, the train station restaurant, which is now sadly closed to the public but can be visited with a guide through the Office du Tourisme. The town, founded by the Romans, used to be a main center for the trade of linen and fabric and took the name of Saint Quentin after a Christian martyr who died in 287 AD. It was bombarded by the allies during WWI and had to be entirely rebuilt in the 1920’s. One counts 3 000 Art decos façades today. It is now quite gloomy and owes its relative fame to former mayor Xavier Bertrand, who is presently President of the Hauts de France region and is running for 2022’s Presidency of France. 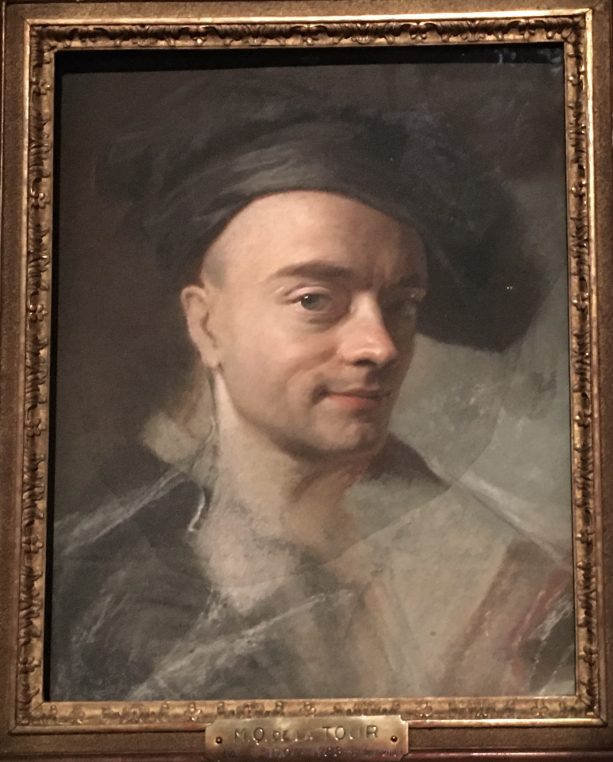 Maurice Quentin de la Tour left at 21 for London where he was hosted by Horace Walpole in his palace from 1725-1727. He had fled his hometown at an early age, after it was discovered he was having an affair with his first cousin, who was two years older than him. He was very successful in England and many printers reproduced his works. Back in Paris, he befriended Nicolas de Largillière, joined Watteau’s studio and became a specialist of pastels following the example of Rosalba Carriera, the famous Venitian rococo artist, who had brought the genre to France. His first major portrait was of Voltaire in 1735 which made him famous. When he died, his success had fainted, and his brother gave many pastels from his studio to the musée Antoine Lécuyer in Saint Quentin which is now, with the Louvre, the greatest owner of his works. 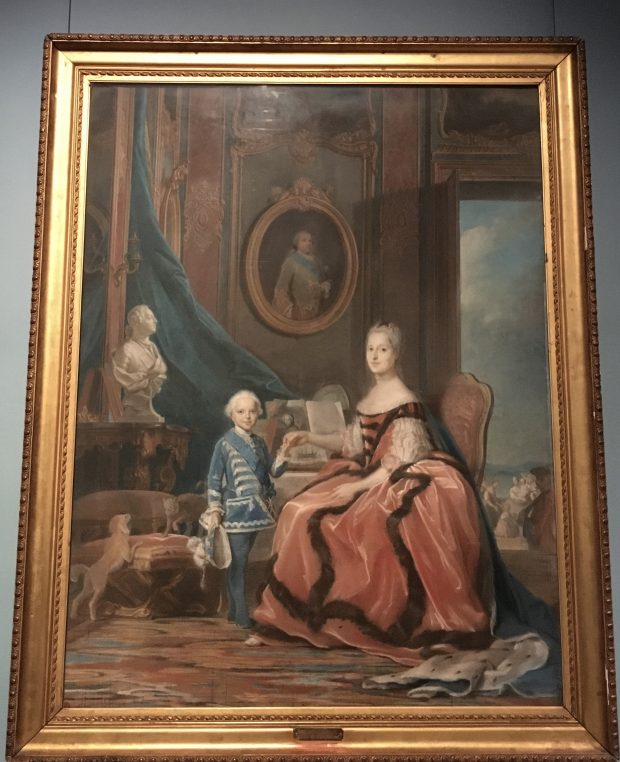 Interestingly, Antoine Lécuyer was a rich banker from the north of France and gave his collections to the museum with enough money to house the pastels. After WW1, when the city of Saint Quentin was largely destroyed, the museum was rebuilt and partly financed by another banker David David Weill, himself a great collector. 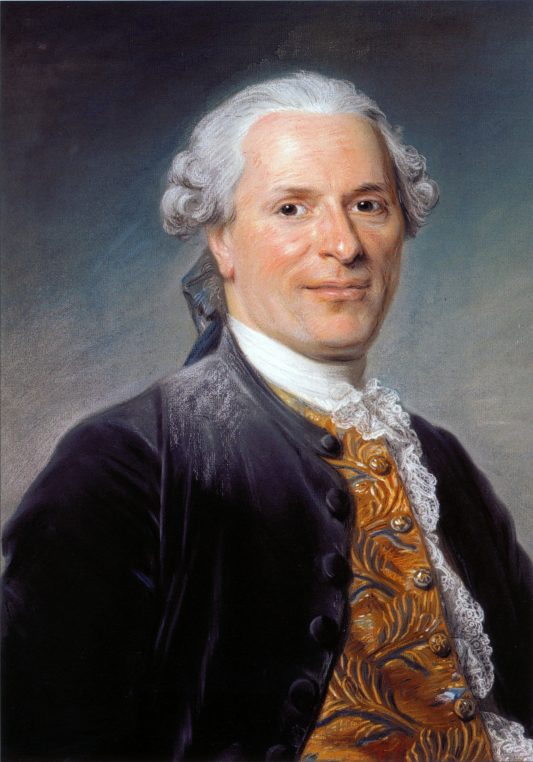 Quentin de La Tour portrayed many famous intellectuals and artists such as Jean-Jacques Rousseau, Jean Monnet director of Opera comique, Madame de Pompadour and other members of Louis XV th’ court. His fame brought him money and he became a philanthropist for the city of Saint Quentin, opened a school for drawing and helped impoverished women. Sadly, the city has become quite gloomy today. Its cathedral is slowly being restored and its Art Deco past is being promoted in a too modest way. 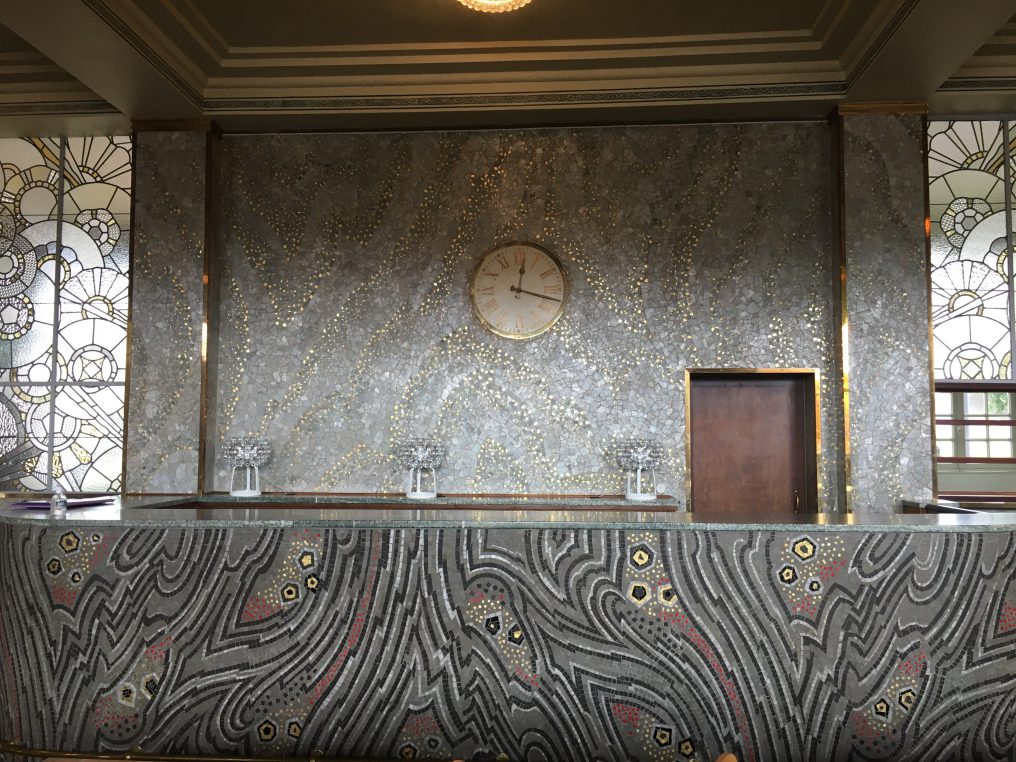 We had to beg (and pay 60€) the Office de Tourisme to get the train station restaurant open: with its precious mosaics and architecture, it is one of the best examples of Art Déco style. There used to be a hotel above and a post office which was destroyed. Urbain Cassan is the architect but the decor is designed by Auguste Labouret, a stained glass artists who had worked extensively in Brittany near Crozon and was noticed for his glass work at Hotel Lutetia. His combination of glass and tiles is particularly successful on the walls. The light which comes through the stained glass windows is excellent even though the weather is usually grey in this part of France. The atmosphere is festive thanks to gold and silver mosaics. But the room is unfortunately very noisy. 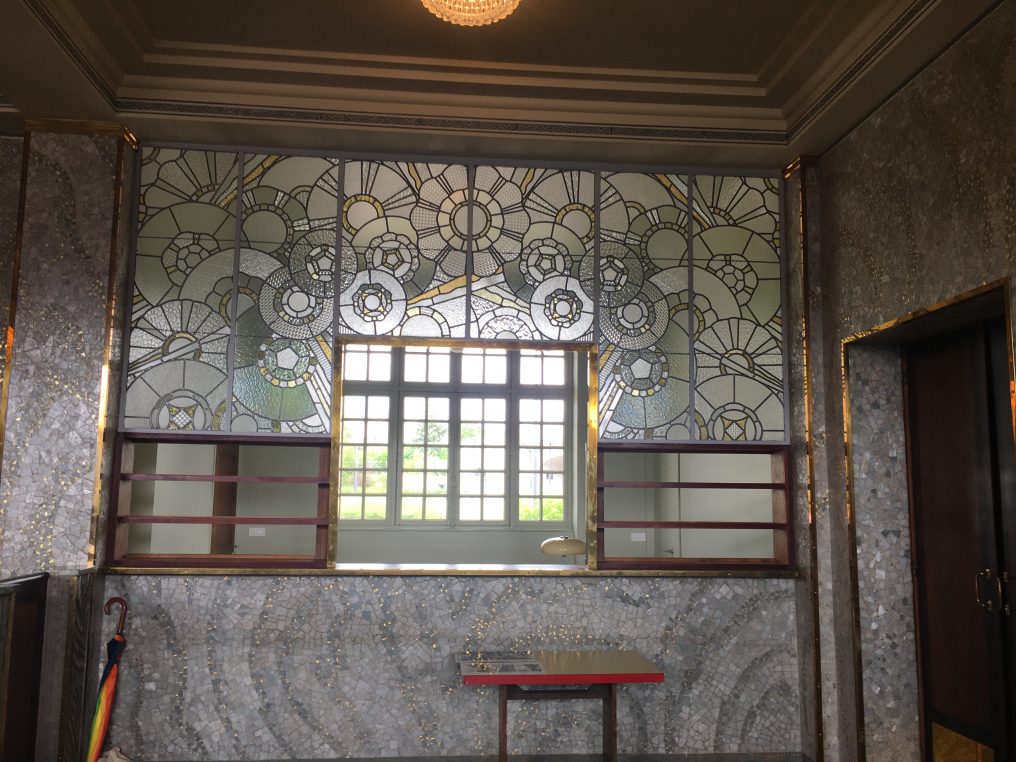 The rest of the town is full of houses with Art Deco details and Le Grand Magasin is worth visiting for its architecture from the 1920’s. The town is crossed by the canal de la Somme, which used to bring visitors and merchandise before the railway existed. An interesting bridge designed by Paul Bigot, has two pyramidal columns and a monument dedicated to the dead of the two world wars is also quite stunning. 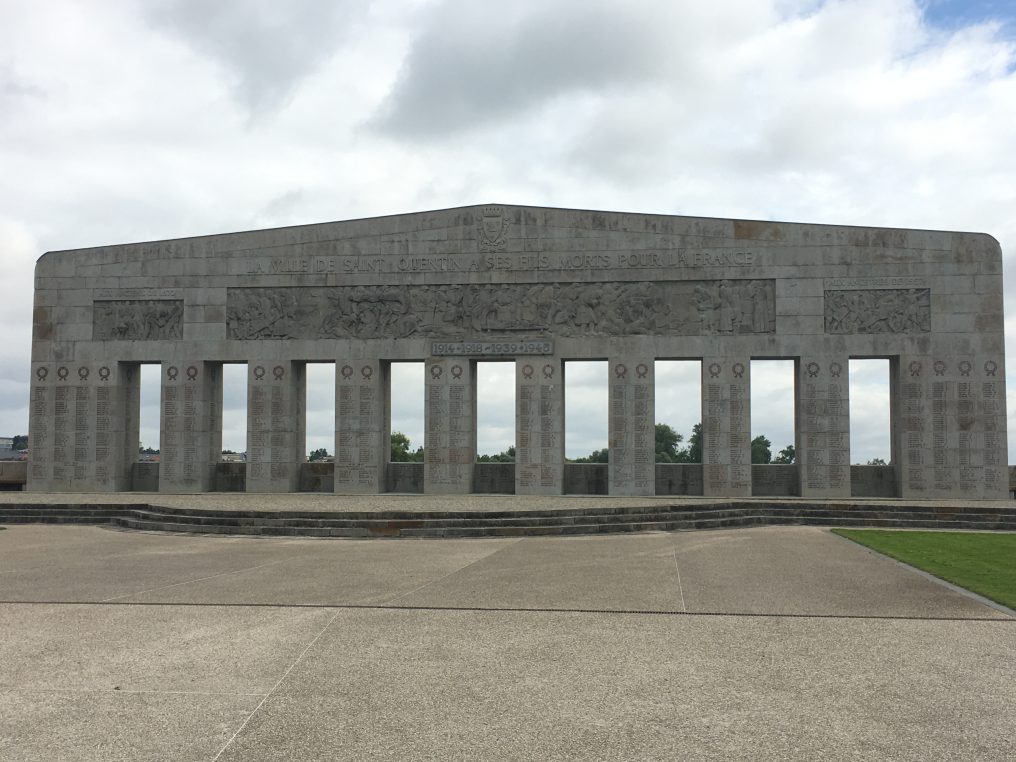 The monument to the dead in Saint Quentin

So if you are in the area of Compiègne or Lens, make sure to stop in St Quentin. The painting collection of the museum also includes a nice pastel by Renoir, very good China, two huge Coypel paintings, a Gaspar de Crayer, three small charming Corot, five paintings par Armand Guillaumin, a large Lucien Simon and “Eros”, a 1921 bas relief by Alfred Auguste Janniot. It has an eclectic collection like most French provincial art museums and it is a great pleasure to visit for that very reason. You can also watch this short film on the reconstruction of the town.

8 Comments on “In Saint Quentin, there are many surprises!”