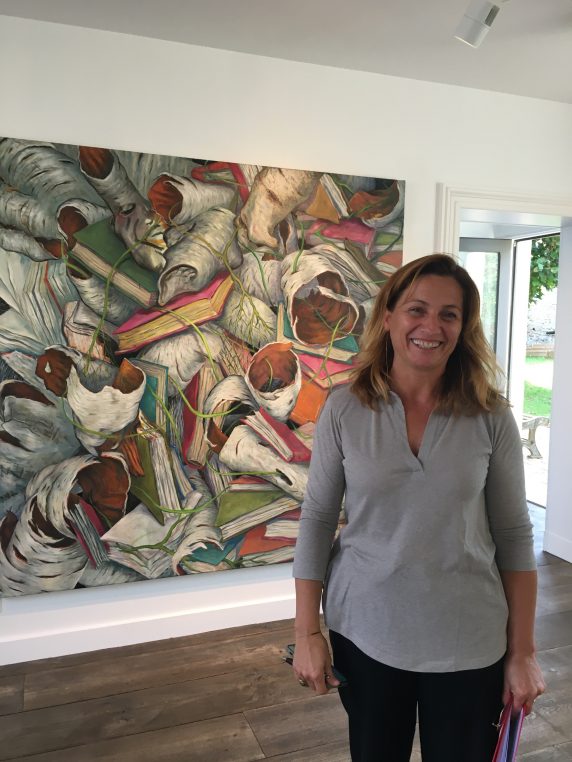 Senlis is a charming medieval town north of Paris where the cathedral and the Musée de la Chasse are particularly well known. But no-one at town hall seems interested in promoting culture. In the last twelve years, the private Fondation Francès for Contemporary art has made a name to itself. Created by a dynamic couple of collectors Estelle and Hervé Francès, it offers a wide variety of shows. I discovered the wonderful Irish artist Claire Morgan there five years ago and liked the works by Jörg Langhans and Isabelle Cavalleri, two artists who give the first of a series of shows by International couples who live locally. He is German and paints large canvases, self portraits and flowers. She draws with graphite or ink on paper, smaller formats. The title of the exhibition,  “La Vie est un entre-deux” could be translated as “Life is an in between”. 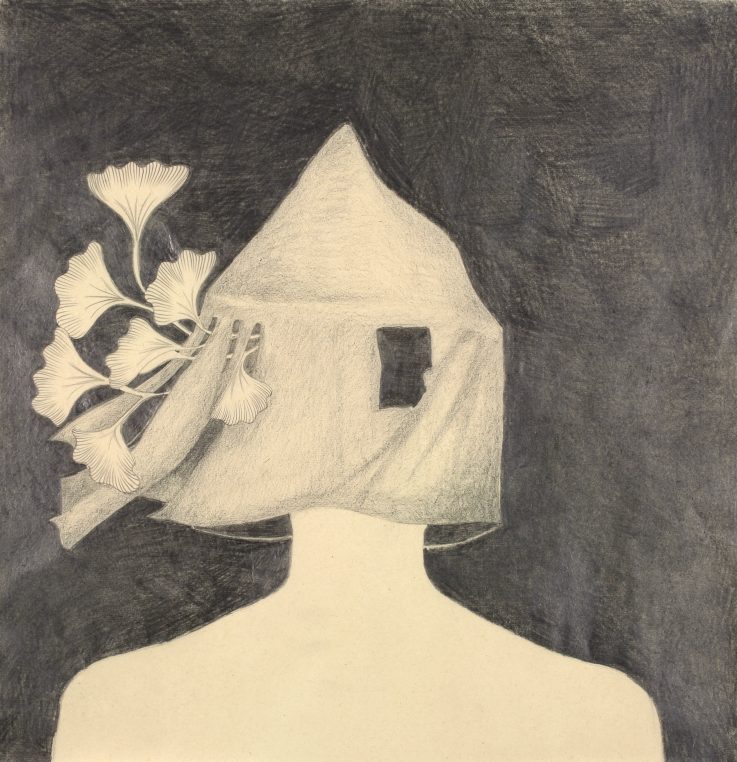 They work separately in Angy, near Clermont and paint two very different worlds. She creates a cabinet de curiosité with diverse small objects, maps, stuffed animals, and she draws her universe. He has a large luminous studio with a jungle of brushes, paint, vegetal elements. His formats are large and I particularly liked his “Le Monde d’après” where pieces of birch bark cohabitate with books. Their energies are very different but their common sensitivity unites them in a similar vision of the world. This intimate relationship is what attracted the Francès for their exhibitions.

Jörg was born in Germany in 1966 and studied at the Beaux Arts in Paris. He in is interested in  the human body of which he fragments and isolates each element, eyes, mouth, hands. His portraits of French poet Antonin Artaud are particularly striking. But he also concentrates on nature and organic transformations. His five self-portraits hanging together in teh first room are very strong.

Isabelle is more interior and uses ink and graphite for very intriguing drawings. Her world is imaginary with a sense of humor and she concentrates on human fragility and walking birds

The foundation is set in a charming house with a garden in the center of medieval Senlis. Until November 27, the exhibition takes place in Senlis, Fondation Francès, 27 rue Saint Pierre, from Wednesday to Saturday or by appointment at 0788721568. It’s an hour from Paris by car and adjacent to a large parking, and you can visit many places in town.

One Comment on “In Senlis, Fondation Francès is rejuvenating the medieval town”