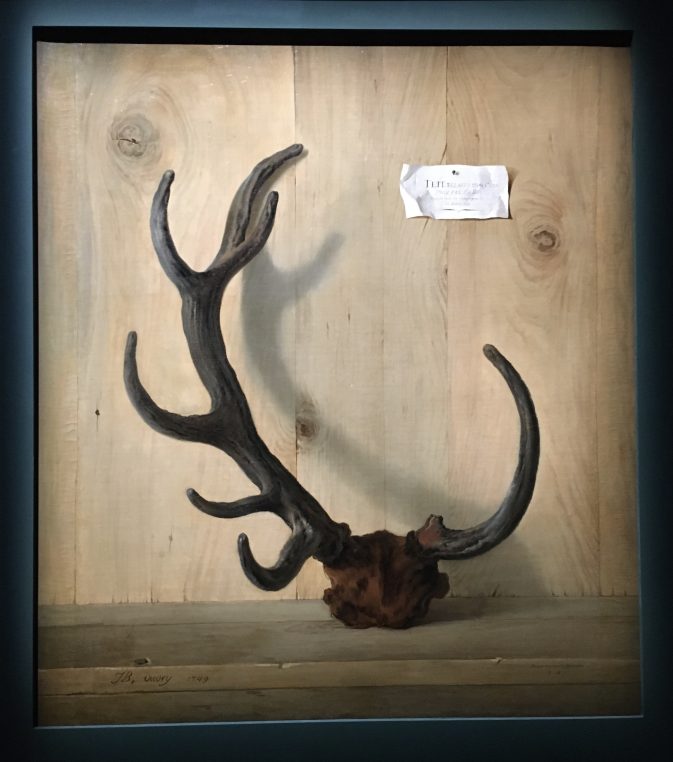 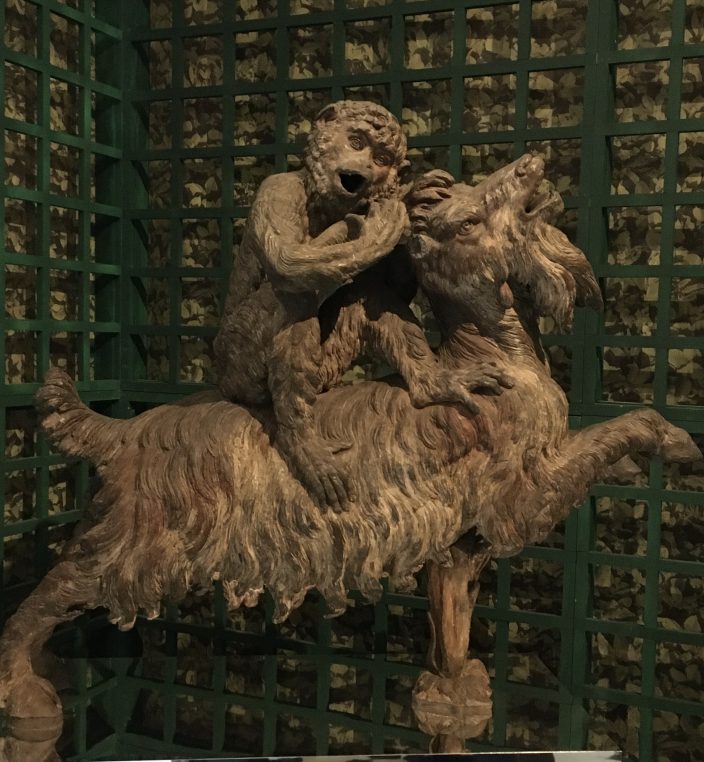 Driving to Versailles on a sunny day to see the exhibition “The King’s animals” was a very exciting moment, especially since I was accompanied by photographer Karen Knorr who often works with animals in museums and palaces and who was showing her works at Paris Photo. There were lots of children running around and loving the large elephants and birds painted by François Desportes or Nicolas Robert. And the very extensive exhibition (300 works) was never tedious thanks to great decors created by Alessandro Vicari and Guicciardini & Magni architects. Sculptures, paintings, porcelain, bronzes and furniture show how very much loved, animals were at court for over a century and Marie Antoinette is even featured hunting in 1783 painted by Louis Auguste Brun, dit Brun de Versoix. 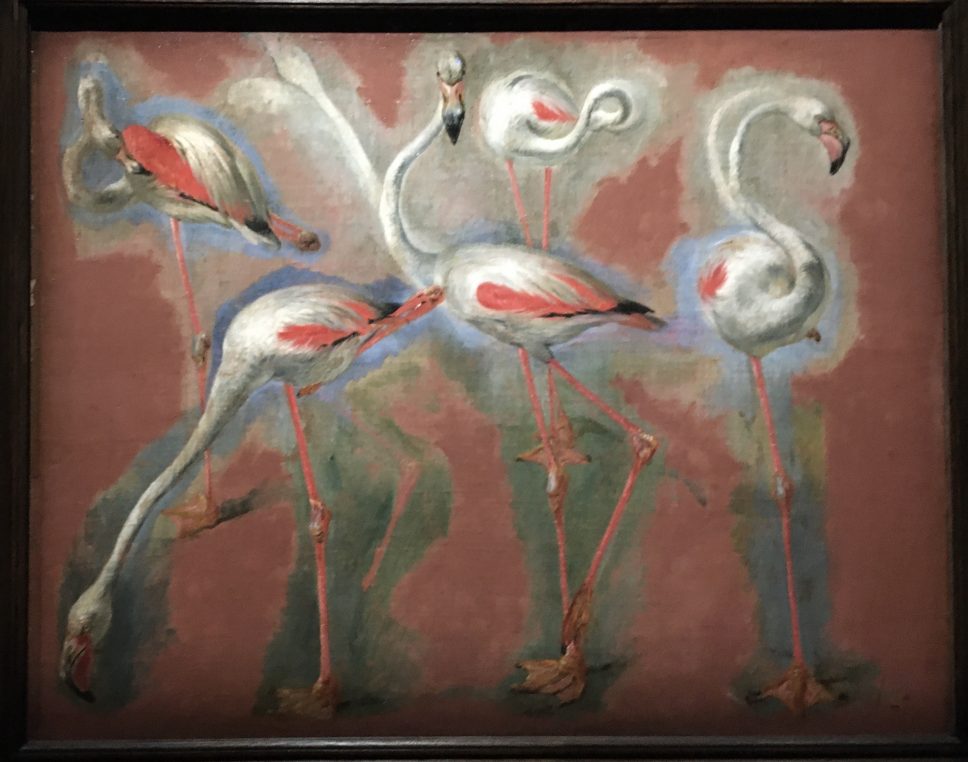 You first enter the exhibition through a green maze which is reminiscent of Louis XIVth’ in Versailles with its 39 fountains illustrating Aesop’s fables and a leaden bestiary of 330 animals. Jean Baptiste Oudry‘s paintings of a deer watching his own reflection in the water or of the Fox and the Stork, are very joyful and one walks through all these decors with the feeling of being a 17 th century courtier. Then follow a number of studies and paintings by Pieter Boel and François Desportes’ extraordinary “Traîneau au léopard” (sled with a leopard), in sculpted wood,  glass and velvet. 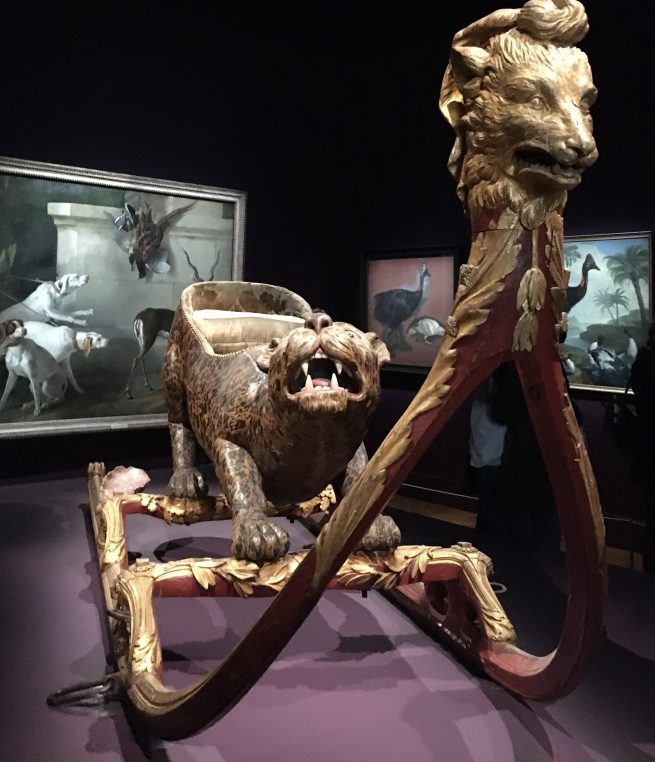 One of the hight points of the exhibition is the Ménagerie, the building and park built in 1662-1664 by Louis XIV th as a sort of zoo where the king liked to surprise his guests. It was peopled by peaceful animals which served as models for the artists. There were many birds, with their colorful feathers, Muscovy ducks, pink flamingos, ostriches, toucans and crowned cranes. These were then reproduced on Beauvais tapestries or most often painted by the many court artists. On the first floor, the architect Louis Le Vau created an octogonal room with a panoramic view of each of the seven courtyards. A wall surrounded it with 51 animal representations painted by the Flemish artist Nicasius Bernaerts, who later taught Desportes. 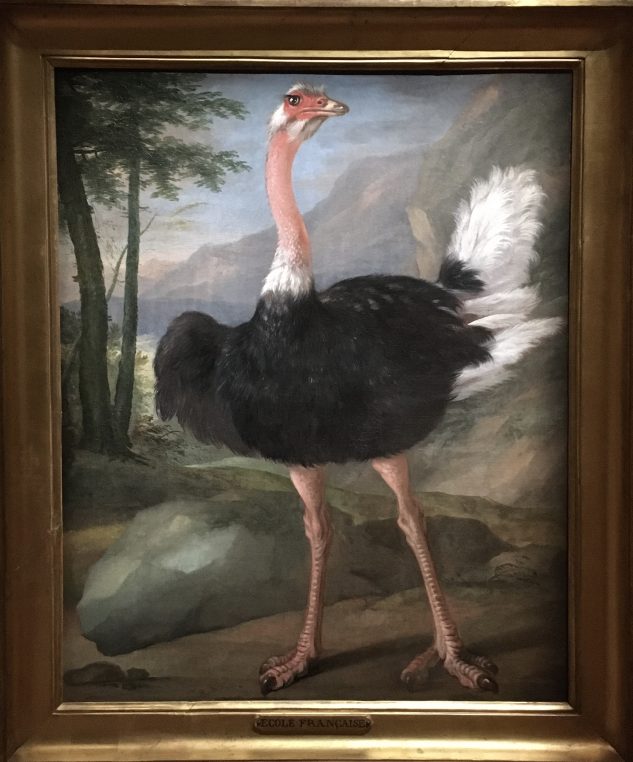 Another room is devoted to royal hunts which the king practiced every day in time of peace. For Versailles was originally a hunting lodge before being enlarged and becoming the seat of Parlement. There are a number of deer antlers reproduced here, some of them very unique, like Jean Baptiste Oudry’s painting of a “Bizarre antler” with asymmetric horns. The exotic hunts painted by Carl Van Loo are another extraordinary decor which was lent by the Amiens Museum where it is usually presented in a special room. 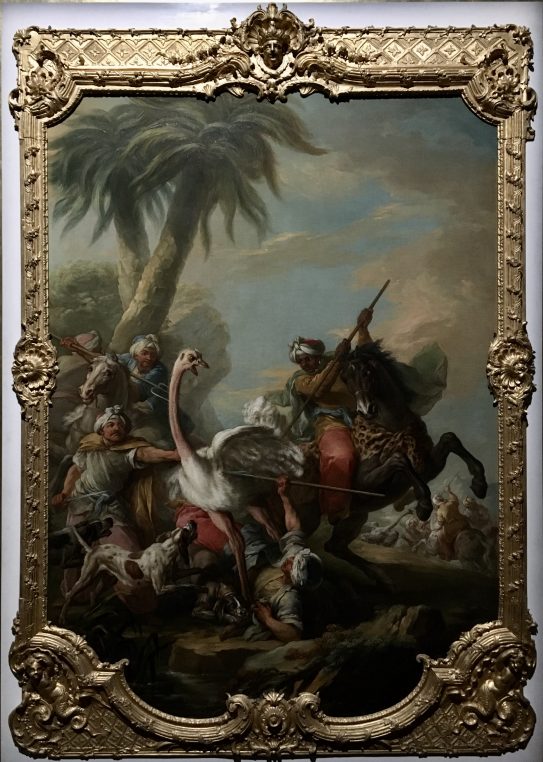 One of the treasures of the show, as far I am concerned, is Nicolas Pierre Pithou le Jeune’s group of five porcelain plates of the King’s hunts. They were manufactured in Sèvres in 1780, under Louis XVI th and are utterly refined. Later there is a room devoted to horses with a painting of Marie Antoinette riding as an amazon, some dog portraits by Desportes and a room with furniture by George Jacob and bronzes on animal themes by Pierre Gouthière. Elisabeth Vigée Le Brun depicts Madame Royale and her younger brother Louis (the XVIIth) playing with little birds, a very dramatic scene. 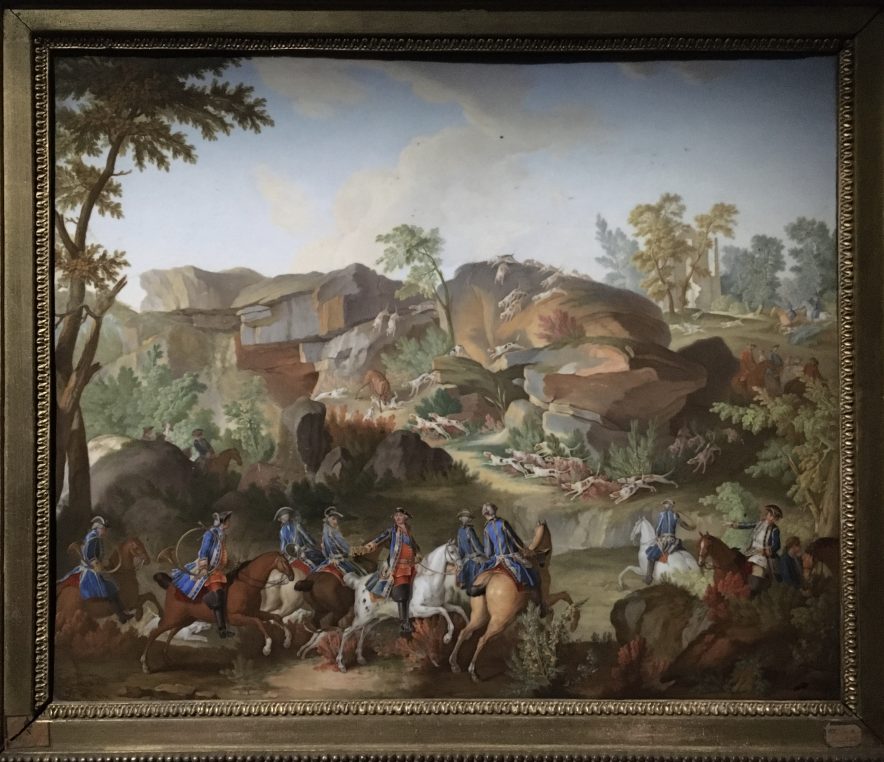 So even if you are not so keen on animals, make sure to see this show (until February 13) at Versailles. It is curated by Alexandre Maral and Nicolas Milovanovic and is extremely fun.

One Comment on “In Versailles, animals reign in lavish decors.”