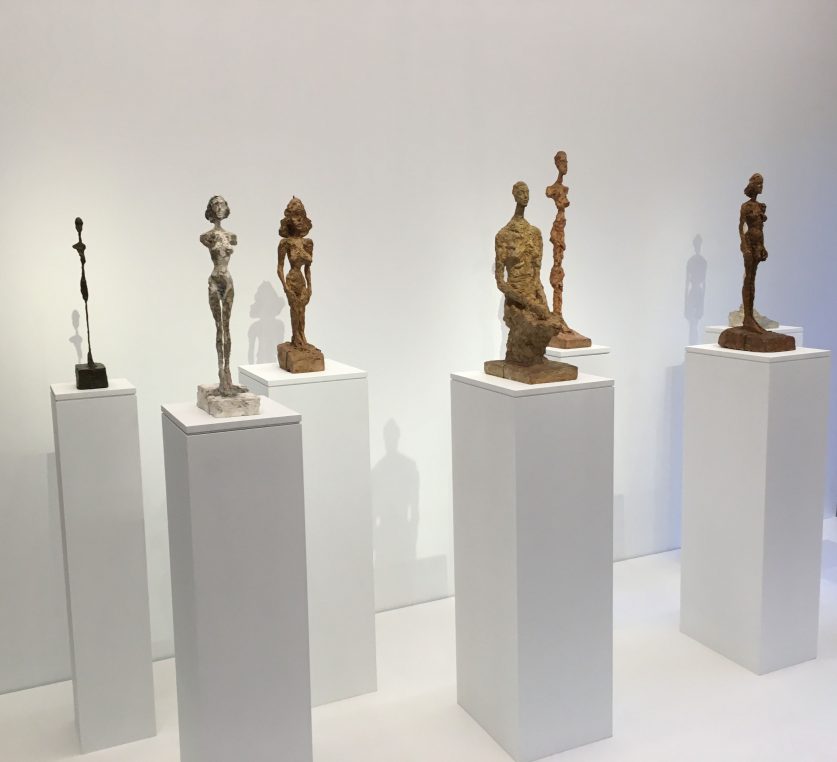 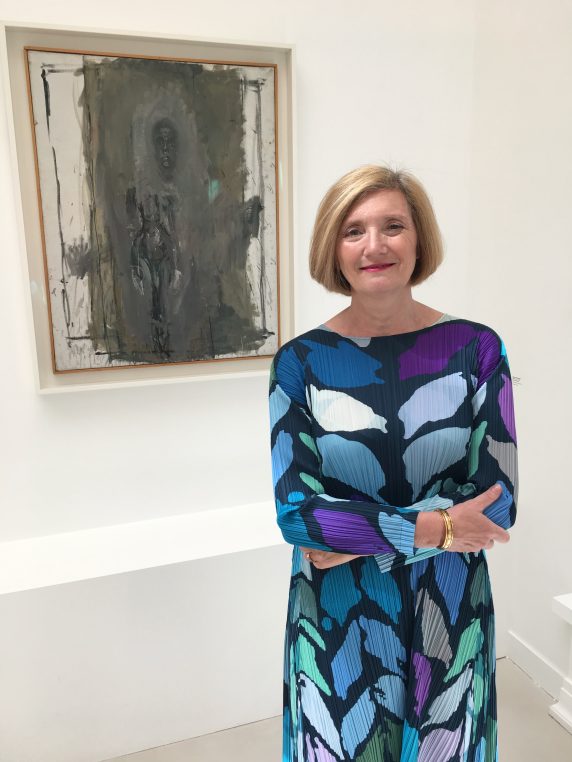 Catherine Grenier, Président of the Institute in front of “Head and Nude”, 1964, from the Kunsthaus in Zürich

A year ago, Institut Giacometti was opened in a delightful studio overlooking Cimetière Montparnasse. After four exhibitions based on Fondation Giacometti’s precious collections, the place is thriving as a small charming museum. Catherine Grenier and Michèle Kieffer, curators of the show “Narrating the body”, have researched the artists’ relation to the woman body. And his early drawings at Académie de La Grande Chaumière are very moving. 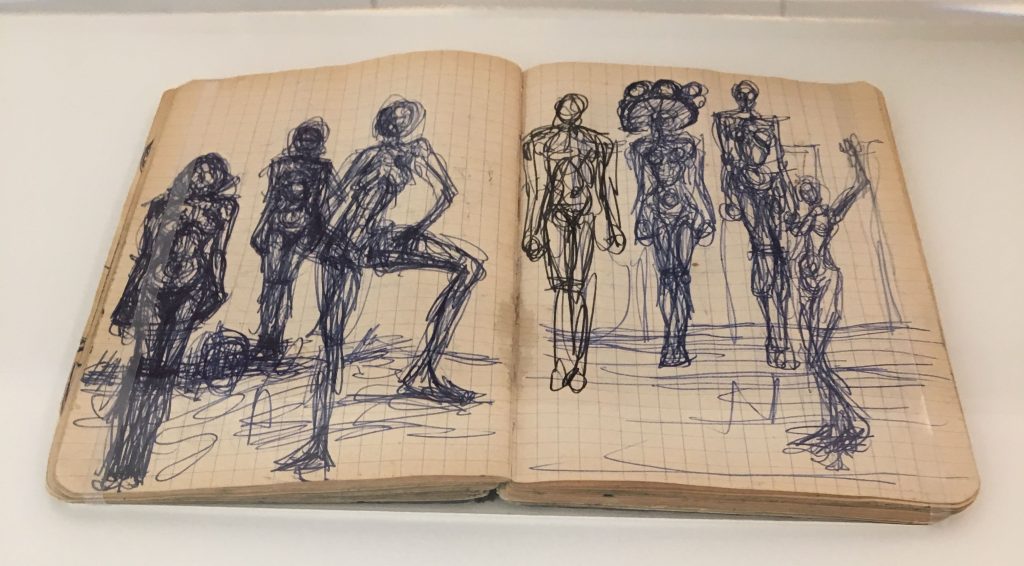 There is nothing more exciting than to enter an artist’s intimate universe. And to understand Alberto Giacometti’s large sculptures of the human body like “La Grande Femme II, 1960”, a two meter fifty eight plaster, sixty drawings and sculptures are united in this lovely studio which used to be decorator Paul Follot‘s. As you enter the house, you immediately discover the original 23 square meter studio’s painted wall and the artist’s tools including the first bust in plaster of his brother Diego and the last clay sculpture he was working on at his death. 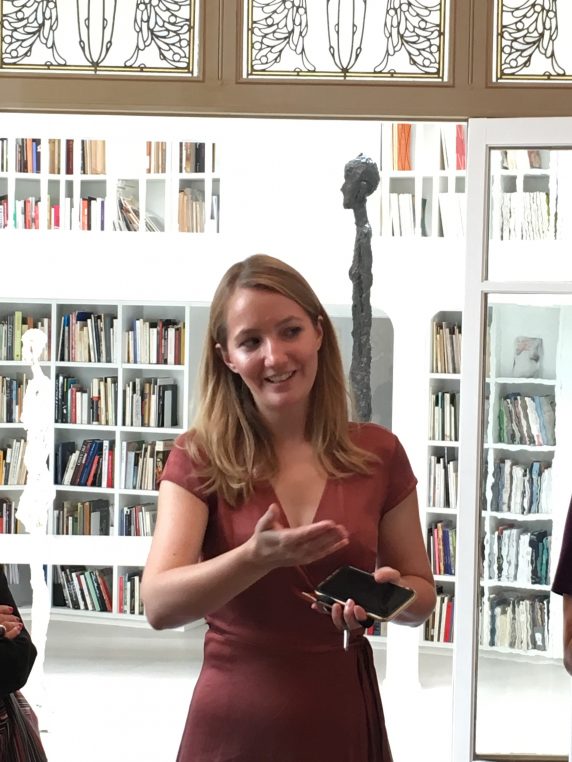 It is very moving to see the first bodies he drew at La Grande Chaumière in 1922, they are fat and slightly clumsy. In the room devoted to his drawings, we discover his copies of Van Eyck’s Ghent Altarpiece, a study of Dürer’s “Eve”, his drawings of Cézanne’s “Bathers”, his torsos and standing nudes. Also many books he scribbled on endlessly while studying how to simplify the human body. Giacometti devotes his whole life to men and women’s silhouettes, most often sculpting his wife Annette whom he married in 1949. In “Invisible object” he  added an African mask found at the flea market. 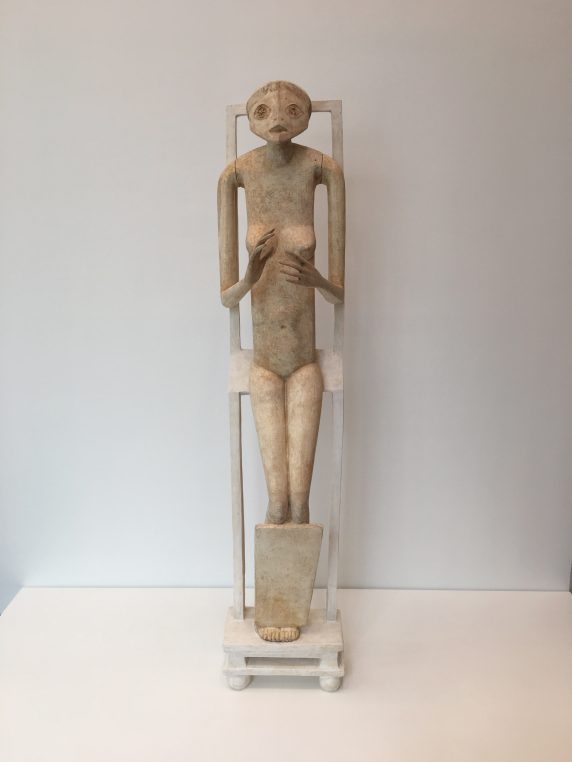 Pictures of the master by Sabine Weiss and sketches of skeletons are added to the research on this large body of works. This studio is really a mandatory visit if you want to understand artistic life in Montparnasse before and after WW2.

The great care taken in the renovation of the 1920’s house built by its owner Paul Follow, brings out the Viennese modernism influence. Architect Pascal Grasso turned it into a little jewel for the opening to the public, a year ago. 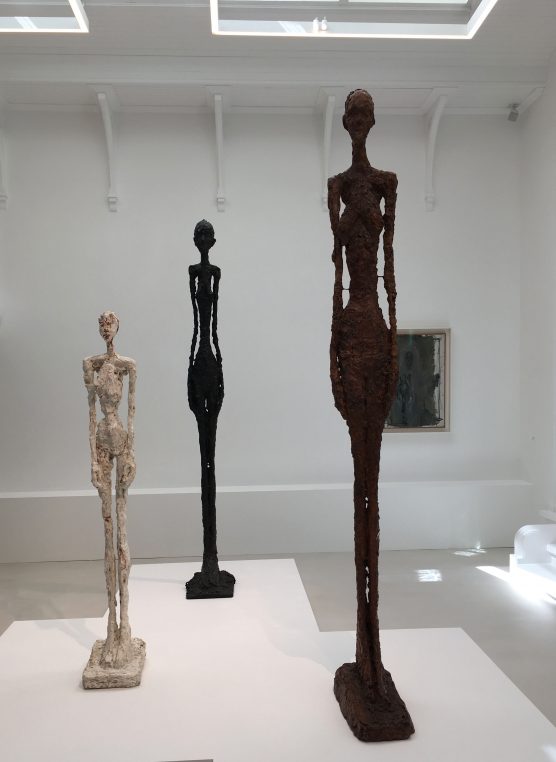 Tall woman, 1958 in plaster, Tall Woman I, in bronze and Tall Woman II, 1960, in painted plaster, look striking in the studio with zenith light

This exhibition is open till November 6, at Institut Giacometti, 5 rue Victor Schoelcher, Paris 14. It is better (but not mandatory anymore) to book on the website.