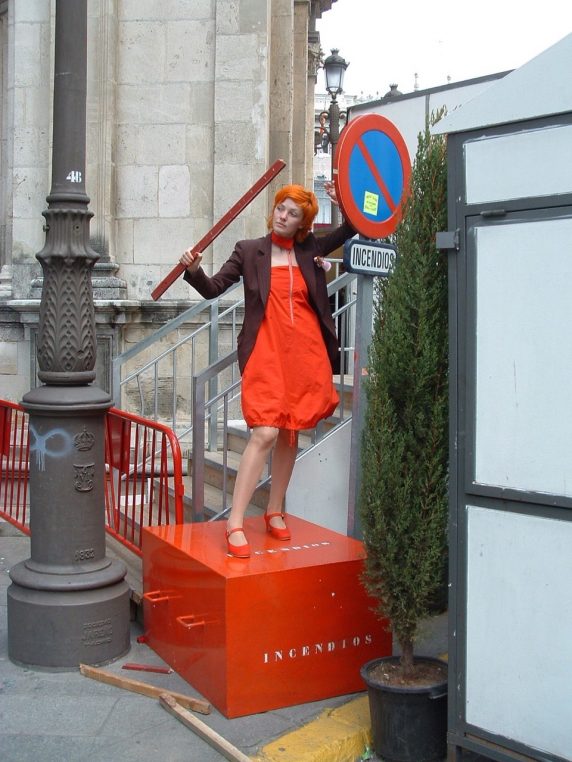 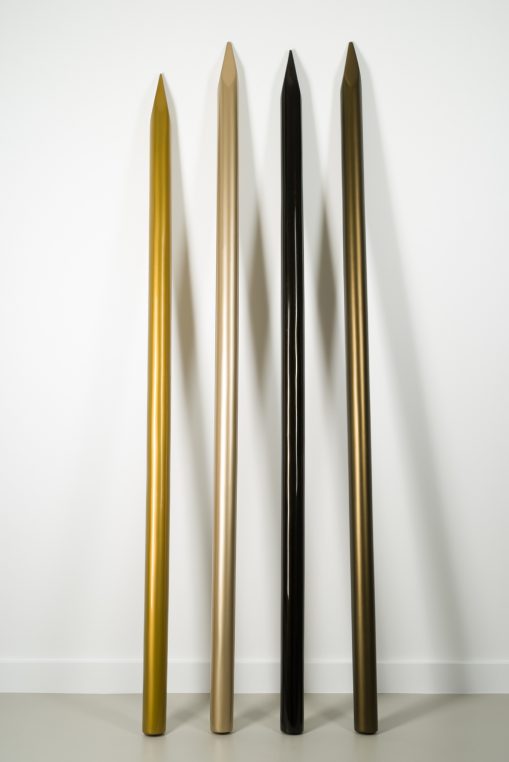 When I met her twenty years ago Irina was Volkonski. She had recently arrived from Russia and was already a hit in Parisian salons with her beauty, her warmth and her Russian doll look. Her first job was to design and inspire Jean Charles de Castelbajac, but it is thanks to Christian de Pange that I met her and discovered her incredible talent for creating jewelry. I still own one of her magical bracelets with a dragonfly in strass. She has since married a “nose” in the perfume industry , Julien Rasquinet, and become an artist as Irina Rasquinet, recreating nature with Swarovski cristal and a lot of wit. For this Russian born magician is also a lover of words and her French is more literate than most native speakers. She practices puns and gives beautiful titles to her pieces. Her gallerist, Virginie Louvet, who exhibited her in 2019, is inaugurating new premises on 34 rue de Penthièvre, a block from Galerie Lelong and from Nathalie Obadia‘s new space, and a few hundred meters from Christie’s, Kamel Mennour, etc… Definitely the new area to be. 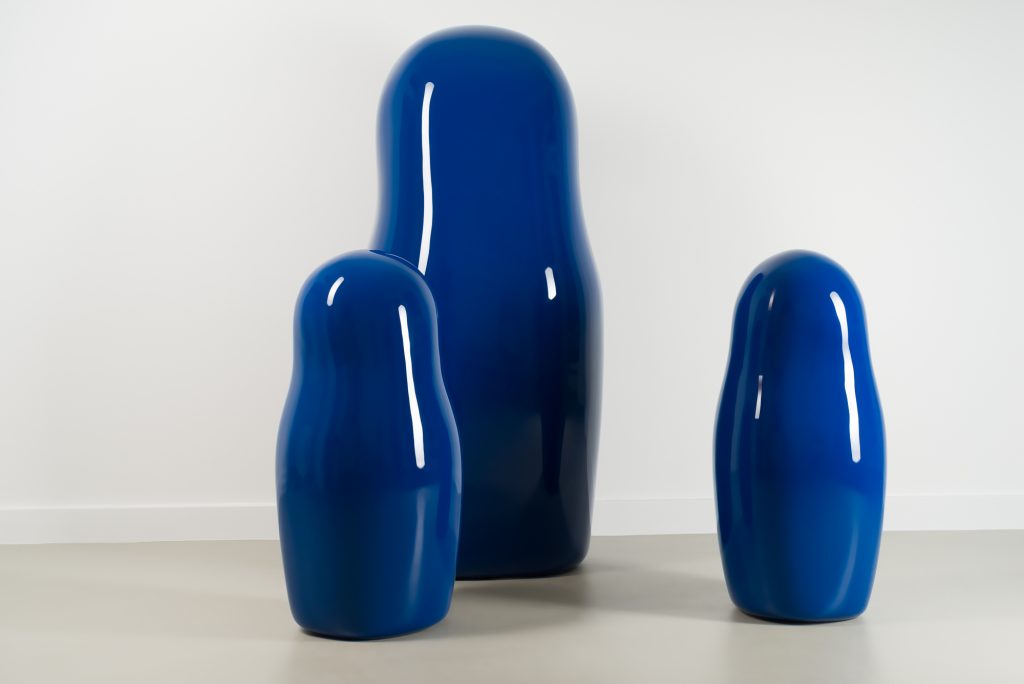 She was first noticed at the Demolition party of Hôtel Royal Monceau in July 2008,  where she operated in Room 126. Strass has always been one of her favorite material and she now uses it on wood branches that she picks in Normandy. Along with fiberglass, which she sculpts. Her “Mines d’or” a pun on gold mines and pencil leads, is very whimsical and so are her “Mères veilleuses”,  marvelous (watching mothers), three blue Russian dolls which are inspired by Japanese Kokeshis. There are also many hearts in her collection, some in cristal or in fiberglass and one large one made of branches. A copper gold suspension  takes over the gallery, it is called “Valeur Refuge”. A strass covered arrow flies to the ceiling, it is “Libre comme l’air” (free like air) or “Ne pas manquer d’air” (to be pretentious). 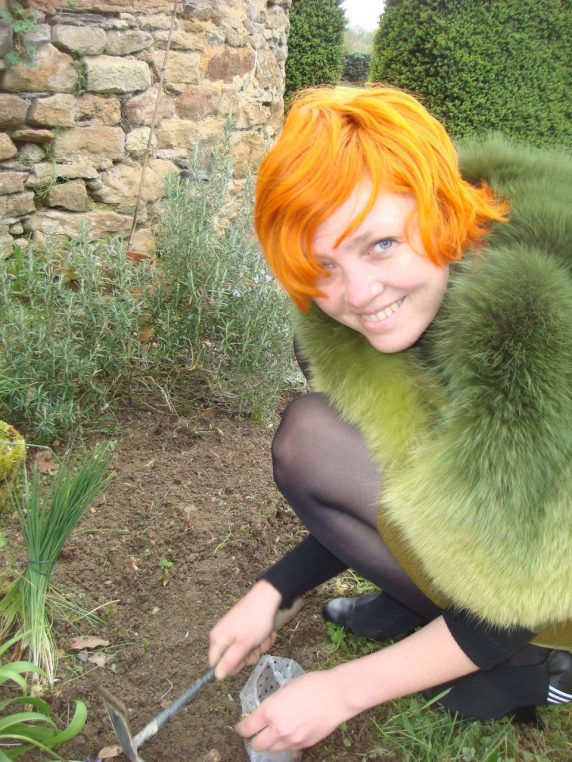 The artist at work in a garden in Maine et Loire

My favorite is a wooden sculpture incrusted with strass which looks like a sunflower called “Le roi Soleil” (Louis XIV th’ nickname). It is touching and fun. And the mix between the roughness of the wood and the crystals is particularly interesting. There you find her past technique of making jewelry and playing with elements. For Irina likes to play, she is very whimsical and fun. Her loving personality explodes in her art. 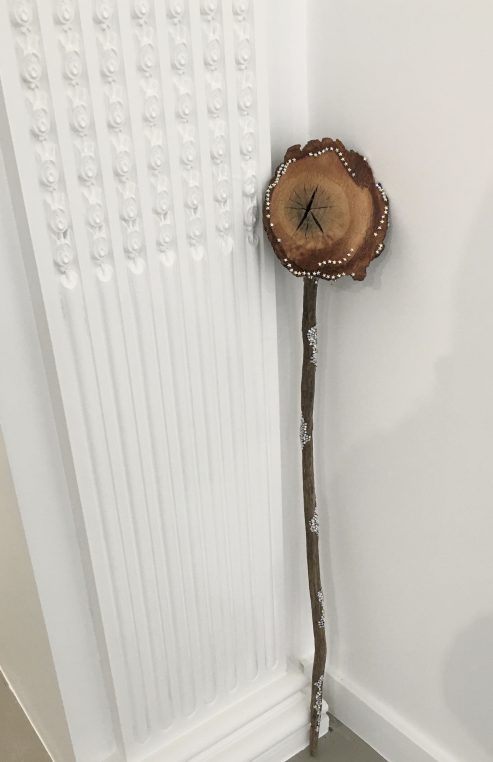 It is a whole world that Irina invites us to visit, a world of fantasy and magic, where nature is our salvation, our breath of fresh air. When she grew up in Chechnya, daily life was pretty gloomy and conflicts were everywhere. She was born in 1974 in Kizliar, a town from Northern Caucasus, 1 500 kms south of Moscow. She left to study in the capital and then came to Ecole Nationale des Arts Décoratifs in Paris in 1997 with a Russian friend. She worked as a model and started designing jewelry like spoons with strass (to symbolize people who were born with a silver spoon in their mouth), precious handcuffs and extraordinary bracelets of all kinds. 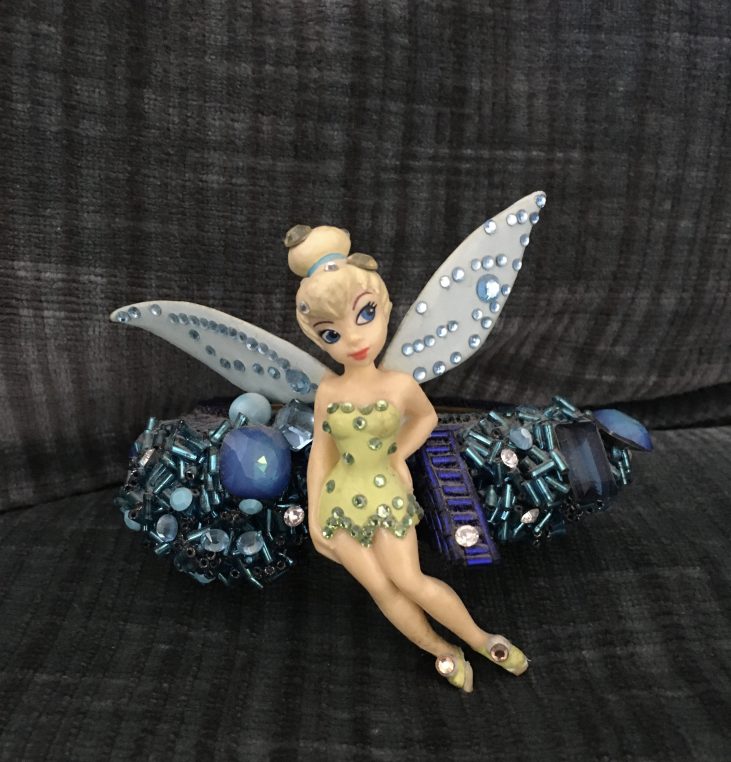 My bracelet by Irina Volkonski, an enchanting dragonfly

In parallel to her jewelry, she paints and exhibited little soldiers in the show “En Garde” at Galerie Pixi in 2014 and had a performance at Centre Georges Pompidou “Diamond Market”. She was also part of “Terre à Terre” in 2008 at Royal Monceau. She created a whole series of specific sculptures for a collector, Garance Primat at Domaine des Etangs, a sculpture park near Angoulême. 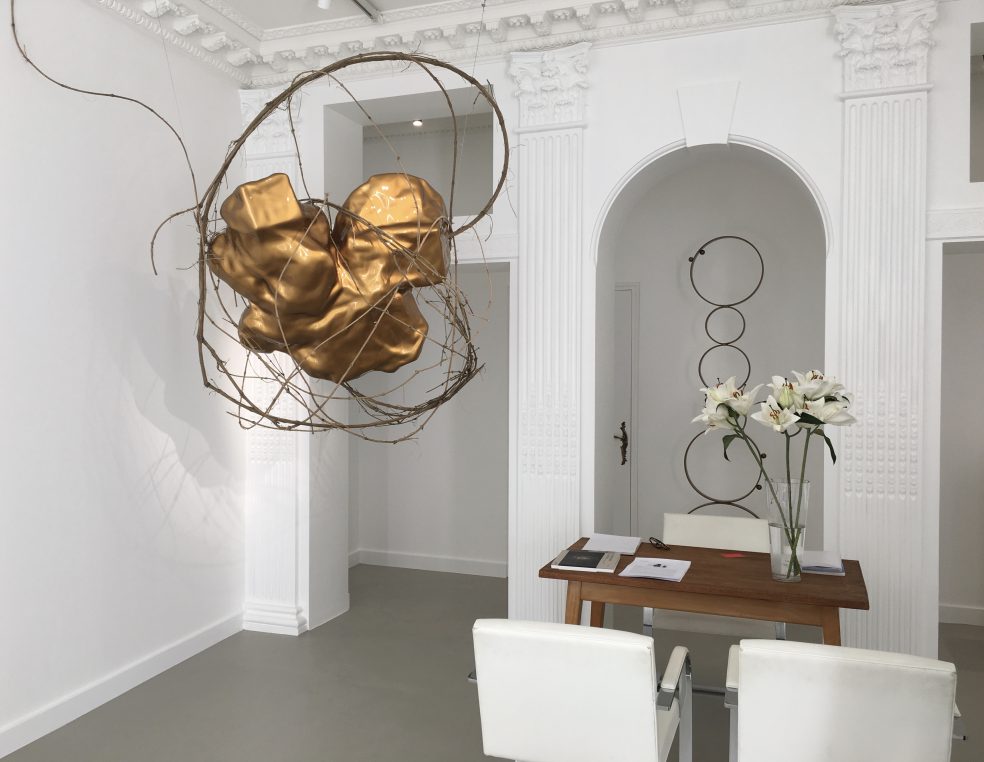 The Gallery with “Valeur refuge”, a suspension and “Féminité du bois” in the back

At the moment gallery Virginie Louvet is open by appointment only at 01 42 71 97 48 but you can also walk by at 34 rue de Penthièvre and see Irina’s work through the window. It is a very happy experience. And soon will come the grand opening of the gallery… 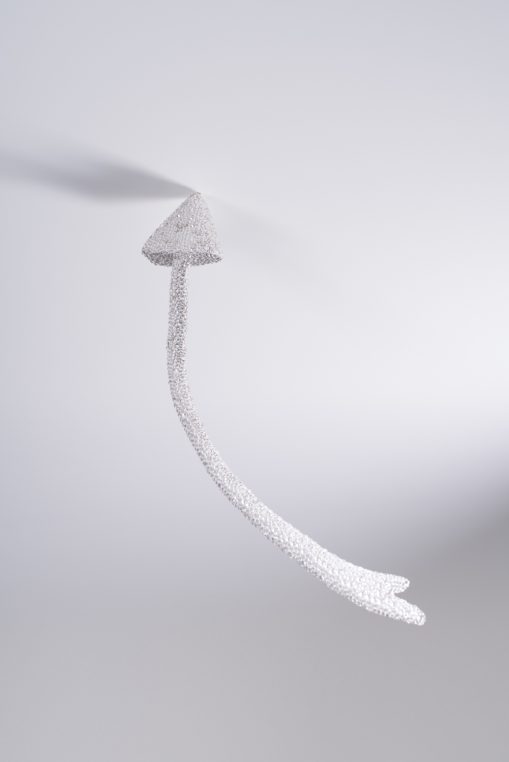