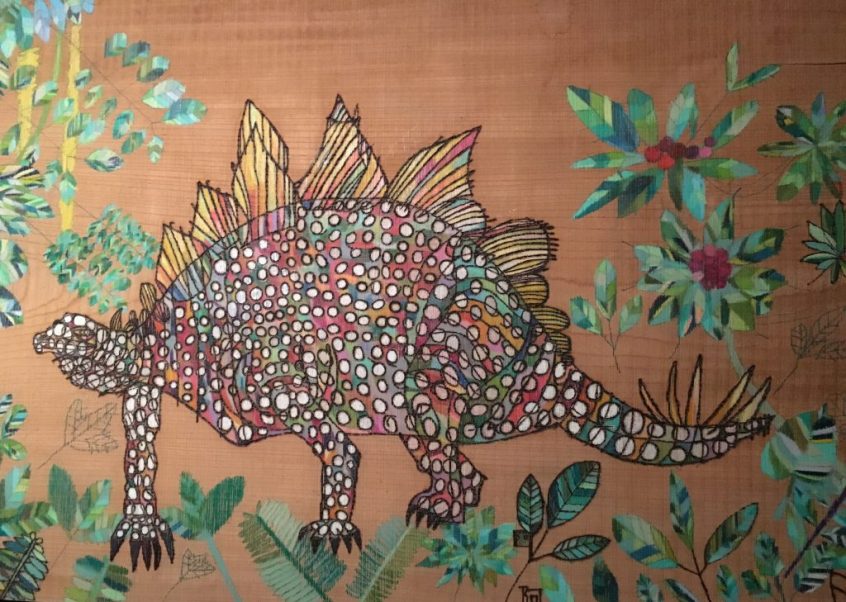 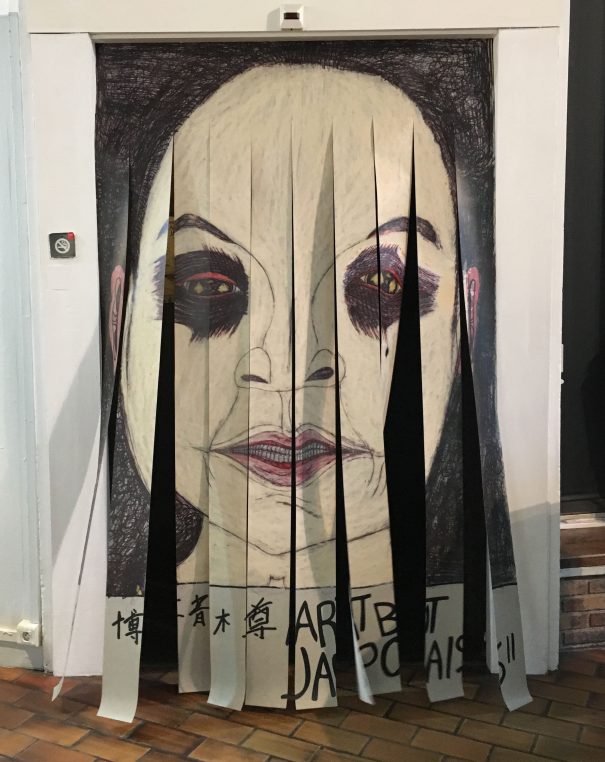 Montmartre is not devoted only to impressionist painters and turn of the century Bohême. It has a secret Musée d’Art Brut which specialists revere from all around the world. It is run by Martine Lusardy and has the originality and the diversity of an intimate building set in a former market. This fall, Japan has taken over with young and less young artists. It is a true discovery. 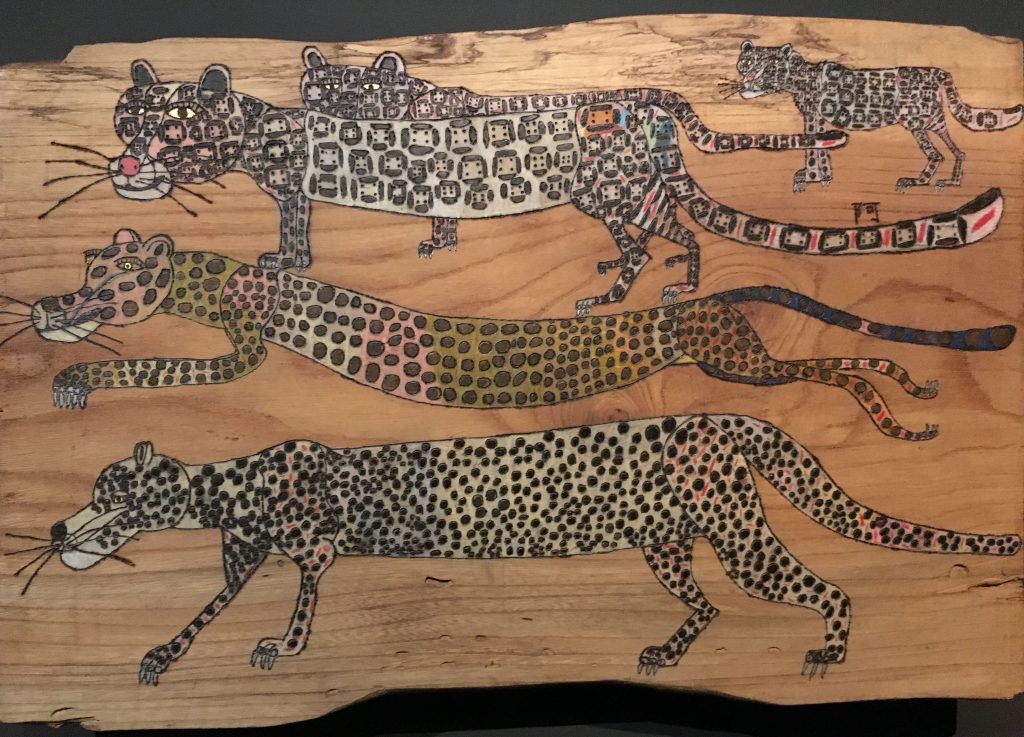 La Halle Saint Pierre is a fun space next door to the fabrics market at the bottom of Montmartre.  For the second time, Japan is featured with 63 artists who are more original one than another. Some live in mental institutions. What I particularly liked, is that each artist has a series of at least four or five pieces in the exhibition. It gives the show much more depth. 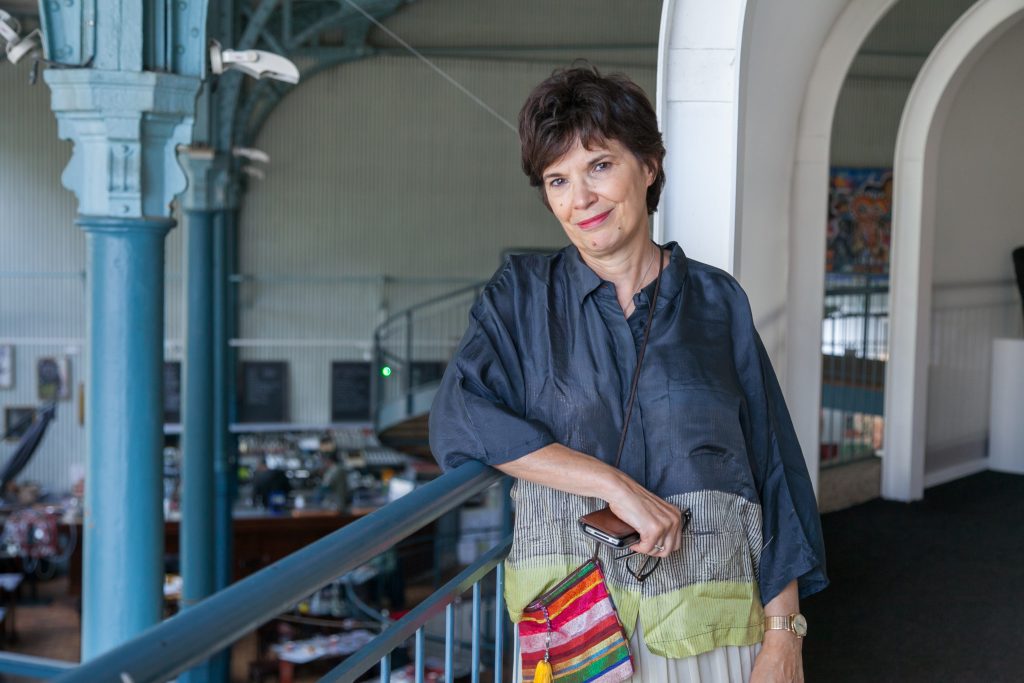 There is a mixture of ceramics, drawings, works on wood, origami and little sculptures which are sometimes the product of handicapped artists. Invented by Dubuffet as a genre in art, Art Brut is characterized by its spontaneity  and inventiveness with rare references to “asphyxiating culture”. “We recognize in these works which have come from Japan, the great wind of art brut” says Martine Lusardy, the soul of the project. 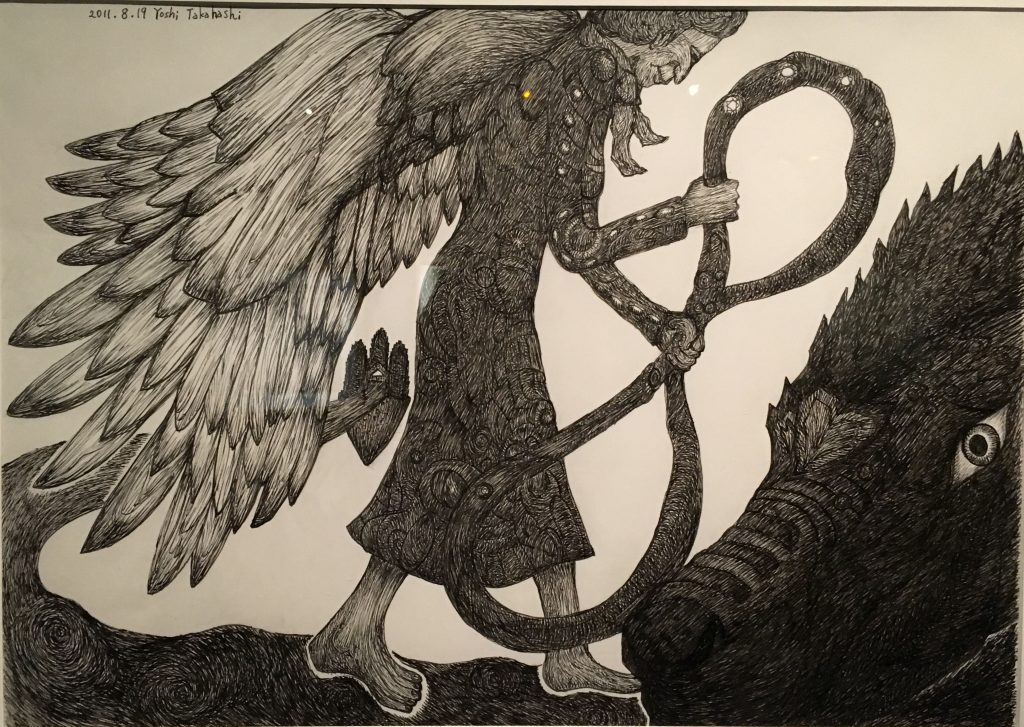 There are two artists who are Hiroshima and Nagasaki survivors, Masaki Hironaka and Yukio Karaki,  who show through their drawings the horror of the bombs better than photographs would. They both lived through the bombings and are thefore called Hibakusha. 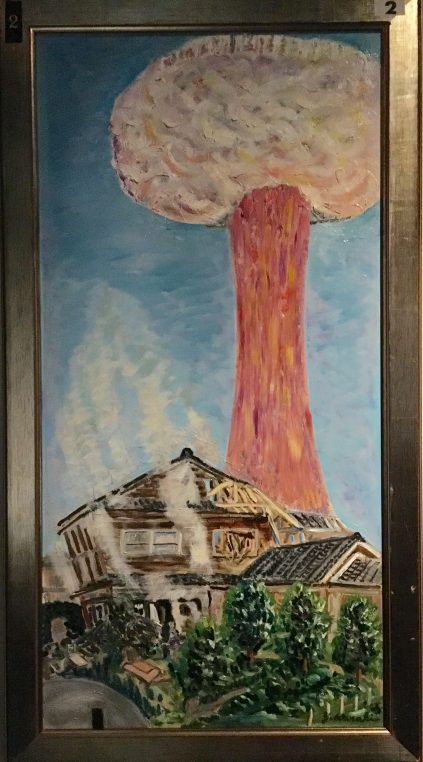 Some of the works are very dark, others are completely poetic, or funny like the Occidental advertisements used by Reiichi  Hayashida. The numerous ceramics are certainly more classical but depict all sorts of monsters and are beautifully glazed.  There are also a few Origami artists like Yoshihiro Watanabe who shows delightful animals made of  vegetal leaves. 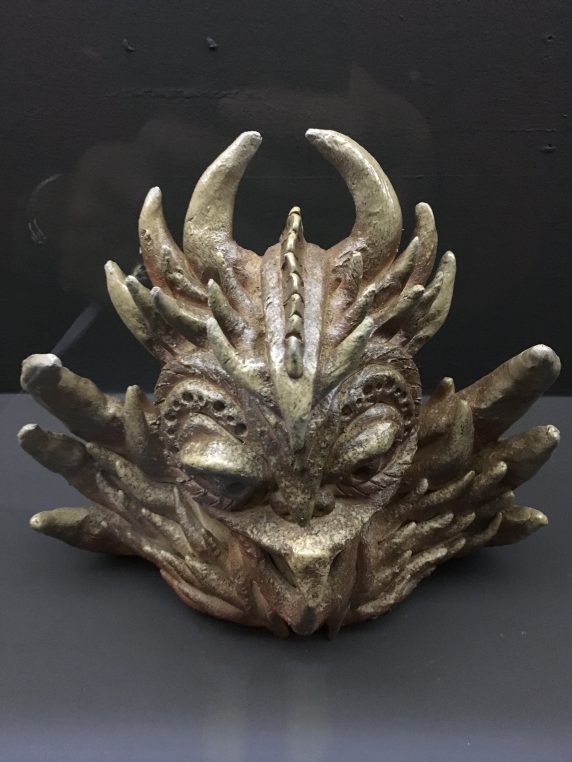 This is a show that makes you dream and takes you miles away from Paris, where children can enjoy themselves and decide that they are also artists. The lovely restaurant and library on the ground floor of Halle Saint Pierre are a great resource and you can shop for fabrics on your way out at Marché Saint Pierre.