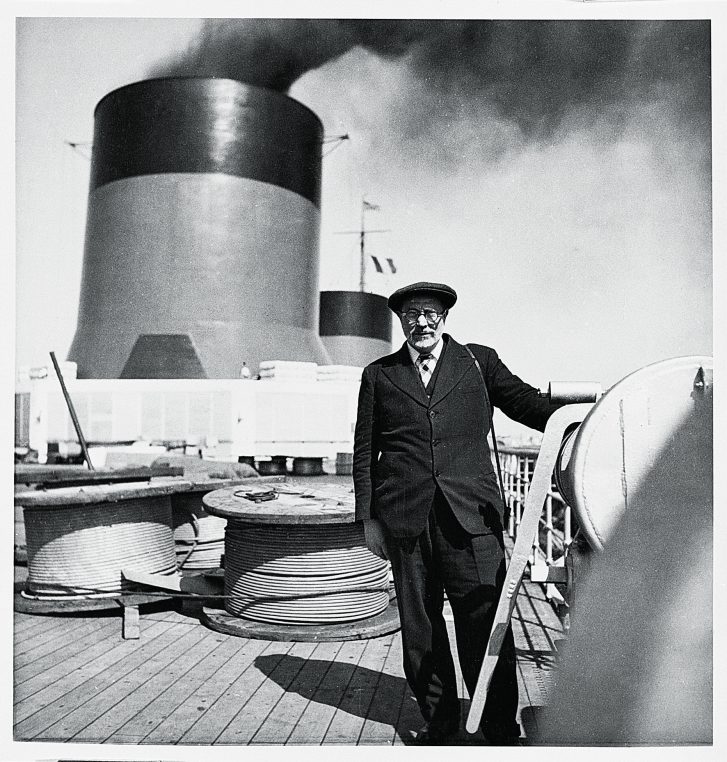 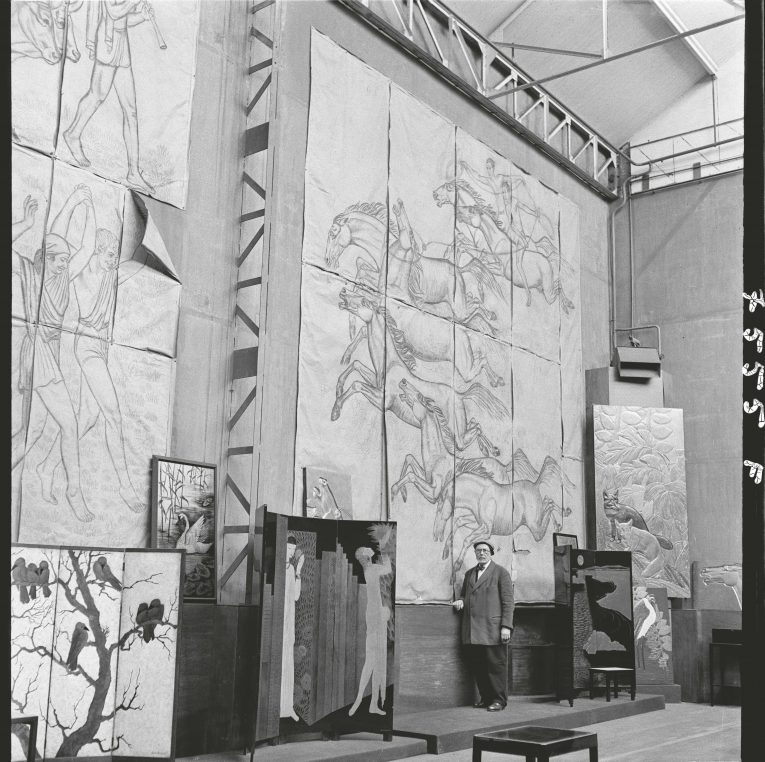 Jean Dunand in his studio of rue de Hallé in Paris  in June 1941, in front of the model for the conquest of the horse for the ship Normandie

Editions Norma is a remarkable publishing house which always publishes refined books with the greatest care. Founded and run by Maïté Hudry, it specializes in 1920 to 1970’s architecture and design, but has recently published the catalog of an exhibition of sneakers “Playground” which took place in Bordeaux.  And their latest publication is about “Jean Dunand”, by Amélie and father Felix Marcilhac whose son, Felix Felix, now runs the famous gallery of 8 rue Bonaparte. Jean Dunand was the decorator of Solomon R. Guggenheim’s music room in 1925, he worked for Charles Templeton Crocker in San Francisco in 1928 and is most famous for his decors of the ship Normandie built in 1934 to sail from Le Havre to New York with a stopover in Southampton. In 1939 he creates the French pavilion at the International Exhibition in New York.  18 monumental panels of horses from the Normandie’s smoking room are being auctioned in Le Havre this Saturday, February 20 at 3 pm, by Maitre Allix and Revol. 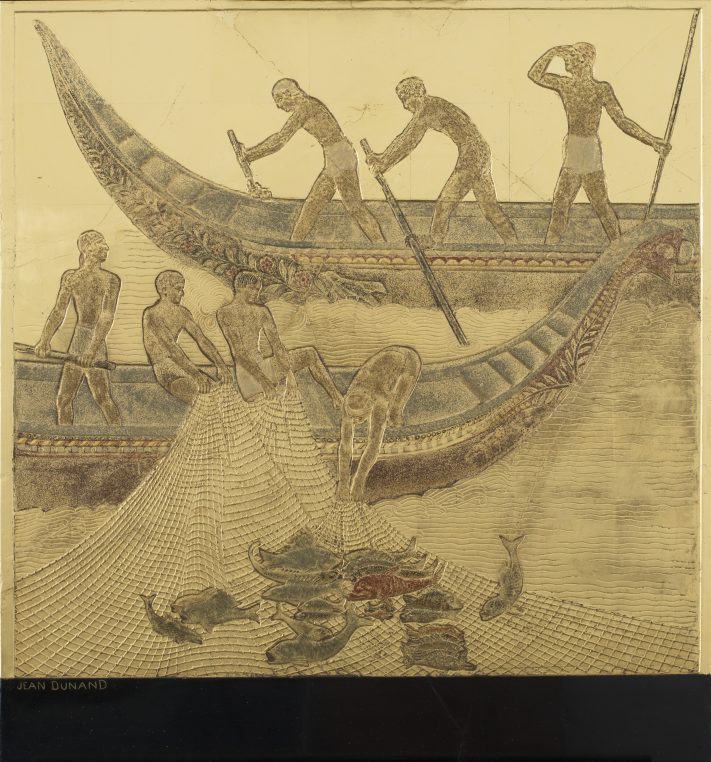 The 313 m long Normandie was the fastest ship in 1935 and its interior decoration was done by the greatest French artists of the time. Jules Leleu, Jacques Emile Ruhlmann, René Lalique work along Dunand on the fastuous furniture. This was the third ship that he decorated after Ile de France in 1927 and l’Atlantique in 1929.  Normandie only sailed until August 23, 1939 and was parked in New York harbor during the war. While being transformed to carry the military  to Europe as the USS Lafayette, she burned down. But its decors had been stored into cases in 1941 and stayed in New York. They would be assembled again on the ship Ile de France after the war. 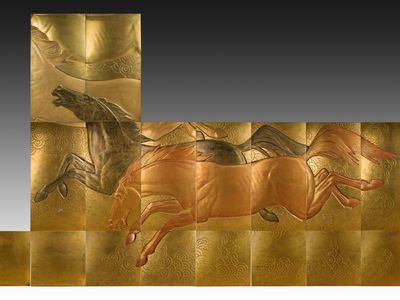 Bon in 1877 in Switzerland, Dunand wins a scholarship and moves to Paris at 20, joins the Association of Swiss artists who exhibit for the first time in 1907 with Arnold Böcklin and Ferdinand Hodler as their leaders. His first works in the studio of rue Hallé, where he moved in 1904, are vases and screens, followed by furniture, tapestries, large panels, many portraits and even mosaics. He learned the art of lacquer with Seizo Sugawara, a Japanese artist he met in 1912 in Montparnasse. In the 1920’s he works internationally and organises the decor on stage for Joséphine Baker’s farewell to her public in 1928 at Salle Pleyel: screens, vases and program for the evening are all designed by Dunand. He is one of the most complete Art Deco artist in France. 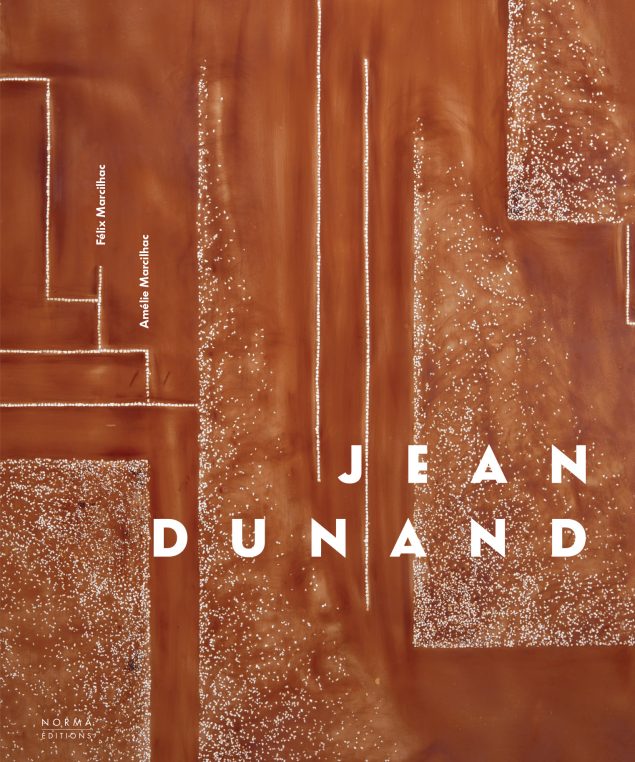 The book is published by Editions Norma (89€)

Jean Dunand sadly died during the war in 1942, having lost one son. He is 65. There are many of his works at the Metropolitan museum, at the Virignia Museum of Fine arts and at Musée d’Art Moderne in Paris. Amélie Marcilhac who wrote the book with her father,  is the expert and you can find some of his works at their gallery.