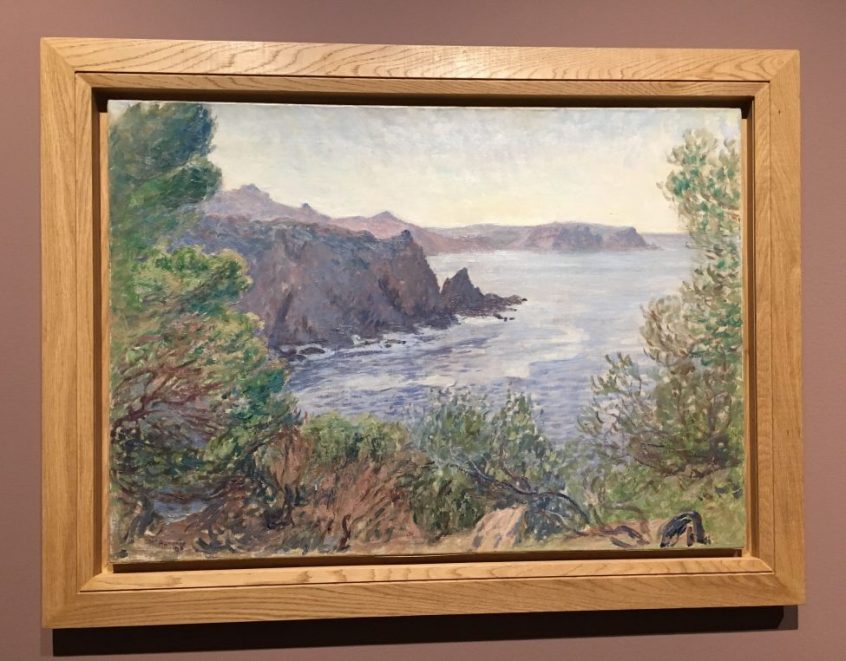 You probably have never heard of Jean Francis Auburtin and neither had I until I was lured to the Musée des Impressionnismes in Giverny by an old friend who lives nearby. The Museum opened ten years ago, succeeding the very pretty American Museum built by the Terra Foundation in 1992, and it is now run by Musée d’Orsay. It is mostly a perfect complement to the visit of Claude Monet’s waterlily gardens which remain an exceptional find, an hour from Paris. Auburtin followed Monet’s career, twenty five years apart, on the Riviera, in Belle Ile and in Varengeville, which makes him especially interesting and a great specialist of sea views.

His father was an architect and he studied first at Ecole Alsacienne, then at Ecole des Beaux Arts in 1888 and soon followed Monet in outdoor paintings. Born in 1866, twenty six years after the master, he was influenced by symbolism and one can see, in some of his works, similarities with Maurice Denis and Pierre Puvis de Chavannes. He was also involved in Japonism and one of his paintings of maritime pines was used for the invitation to a meeting of “Les Amis de l’Art Japonais” in 1910. At first, he made great frescoes at the Sorbonne and the Conseil d’Etat in Paris and in the Palais Longchamp in Marseille. His solid classical culture shows in these large works, typical produce of a classical education. 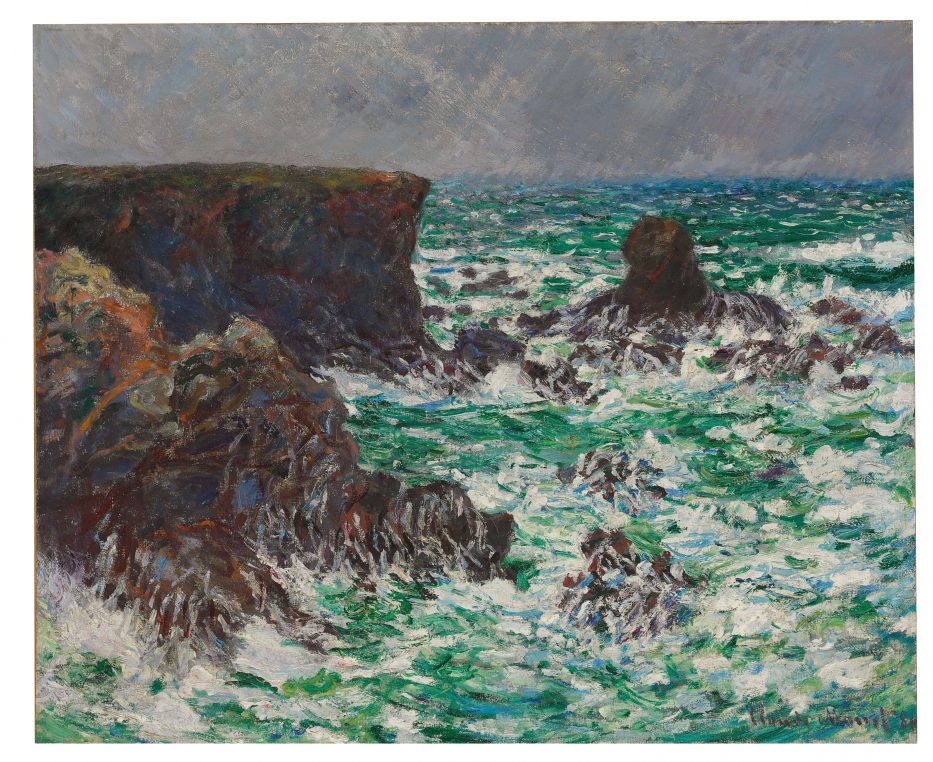 He started travelling to the Mediterranean in 1894, where he stayed on the island of Porquerolles, near Saint Tropez, concentrating on the superb maritime pines and he painted the calanques near Marseille. He then followed Monet to Southern Brittany, in Belle Ile, where he painted the tall dramatic cliffs of Port-Coton and Goulphar. In one of the paintings, a red sail boat reminded me of the Bay d’Along in Vietnam… 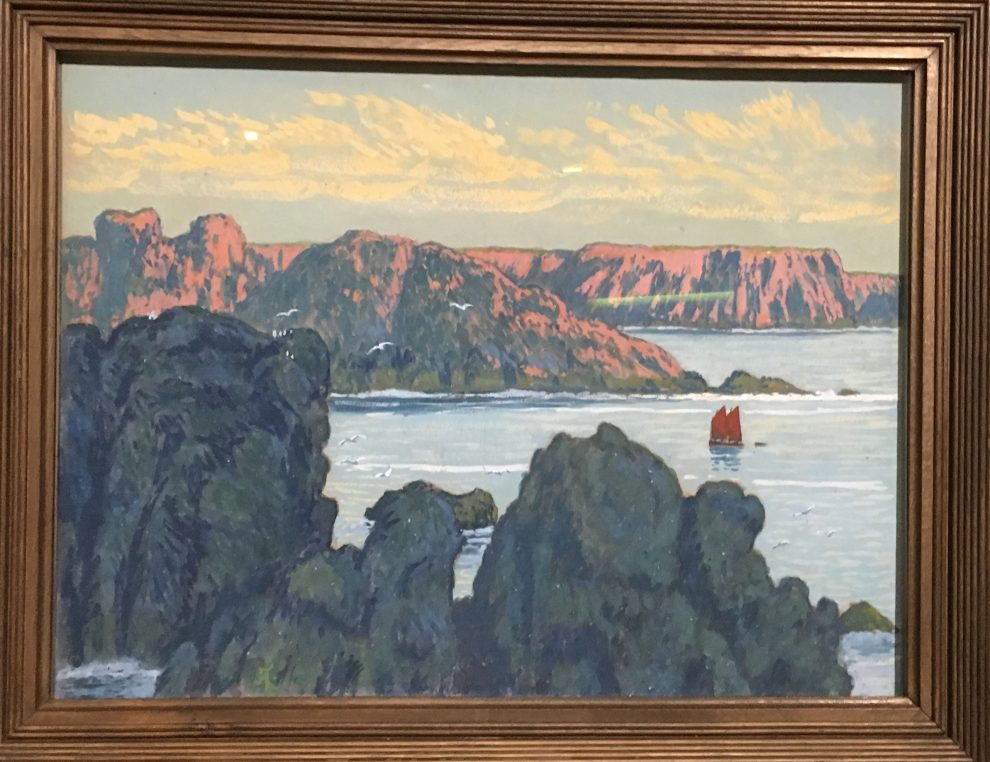 He discovered Normandy while staying in Houlgate with his family. Like many of the Impressionists, he painted Etretat and its magical cliffs in the shape of a needle in 1898, and discovered Varengeville and the Bois des Moutiers in 1904. He befriended the Mallet family, whose house built by Edwin Lutyens and William Morris, was recently sold to Jérôme and Sophie Seydoux, and painted a portrait of their daughter Pascaline in 1909. Monet spent long periods in Varengeville and the room dedicated to it is a strong part of the show 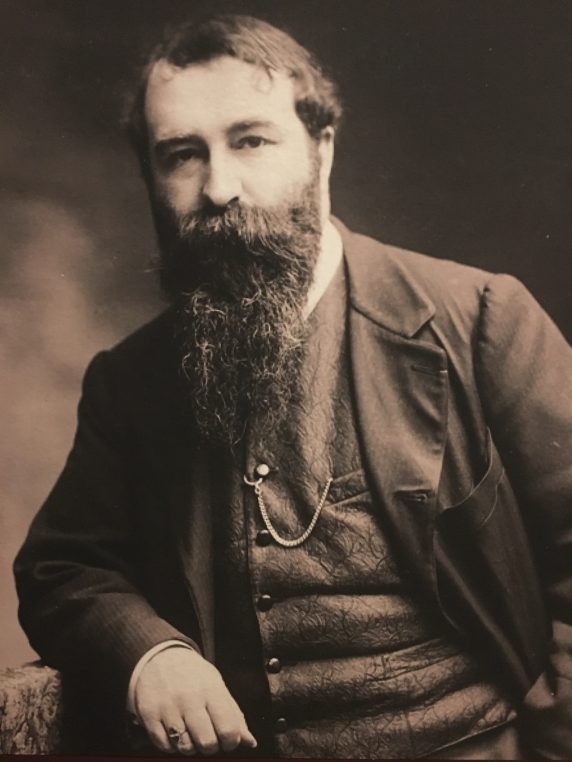 There are spectacular views of the coast there, of Mordal and the beach of Pourville, where one still goes today to eat oysters. Of course, the most beautiful painting of the show is probably Claude Monet’s rendering of the Custom house in the afternoon, in 1882. 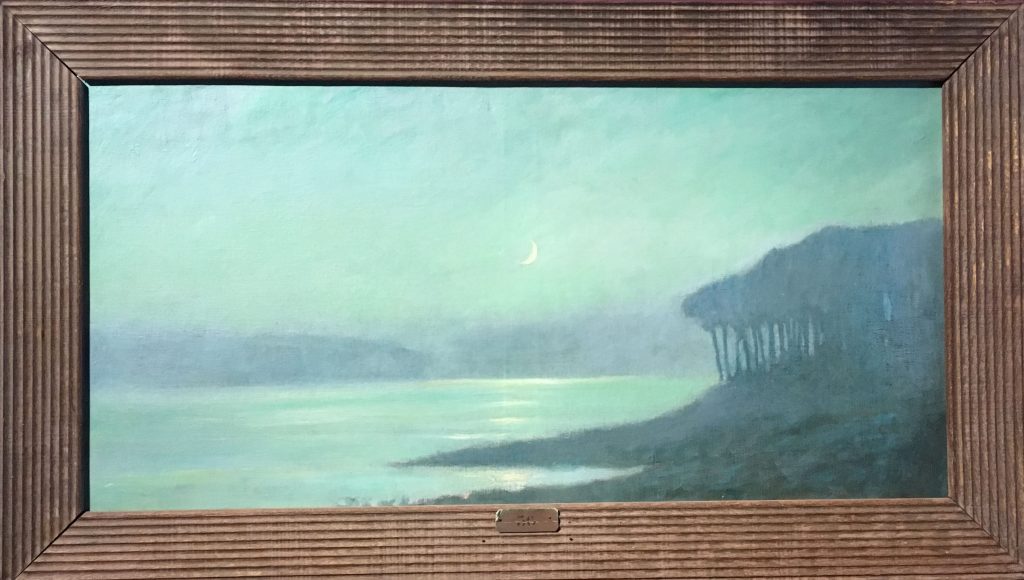 Jean Francis Auburtin is a discovery and there are enough beautiful Monet paintings in the exhibition to stir your interest. It’s always interesting to compare genius painters to their contemporaries and seeing the works hang side by side with the same themes. Auburtin is mostly collected by individuals with a few exceptions for the musée du Havre and Rouen. He lacks the magic of Monet but is charming nevertheless and adds a symbolist touch.. 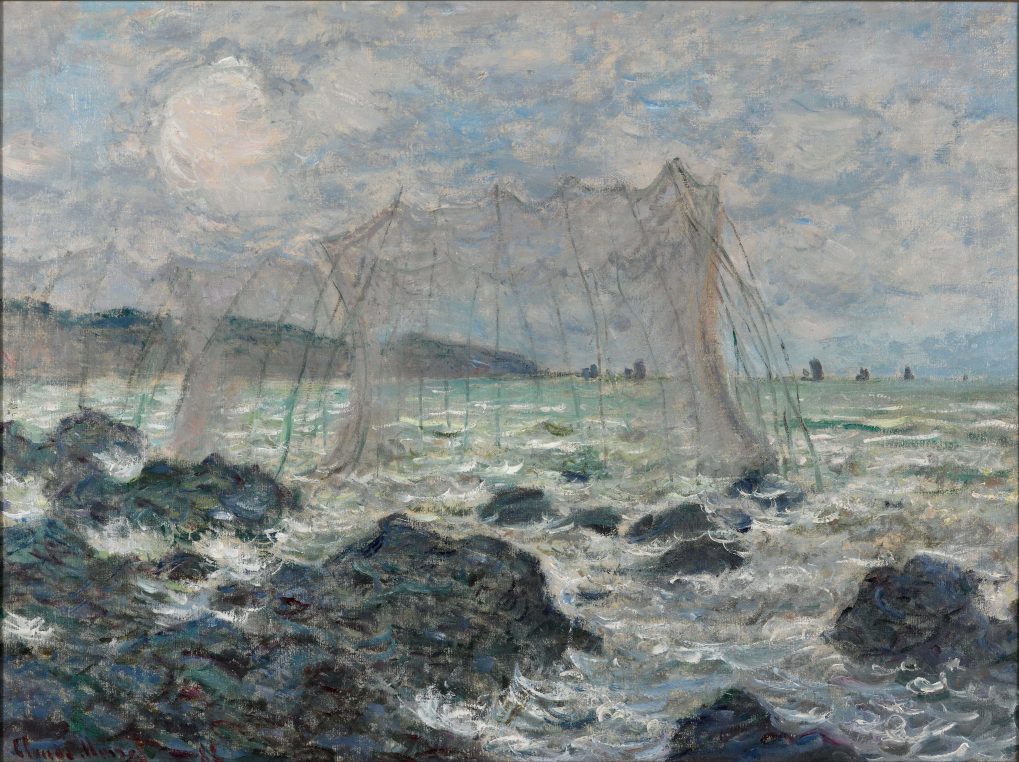 Claude Monet, Fishing park in Pourville, 1882, Gemeentemusem Den Haag, is one of the weirdest sights

Do go for the pleasure of walking in the fabulous gardens of the village (even the parking lot is pretty!) and enjoy a lunch in the sun at the Museum. Until July 14, Musée des Impressionismes in Giverny. And from July 27 to November 11: Ker-Xavier Roussel, Private Garden, Dreamed Garden.