You probably still remember the magical pictures which served as advertising for Louis Vuitton in the 1980’s. Henry Racamier, the President, and Jean Francois Bentz, head of RSCG agency asked Jean Larivière to create the LV image through a series called “l’Ame du voyage” (the soul of voyage). For twenty years, his photos transported us to Tibet and Kashmir, Groenland, Yemen, Cameroun, Patagonia…  where the artist went for a month with LV trunks, suitcases and bags and a large team including his personal doctor. From these adventures, came back unique shots of dreamlike countries where the LV brand appeared magical and poetic. A retrospective of his work took place at Musée des Arts Décoratifs in 2005-2006. Today, Galerie Pièce Unique is showing his newest work.

The gallery has two sites one on rue Jacques Callot, where a diptych of Andrée Putman, the famous decorator who resurrected Eileen Gray, Jean Michel Franck, Robert Mallet Stevens… through her firm Ecart International, is exhibited as a teaser for the new pictures that Jean Larivière concentrates on nowadays. The other, on rue Mazarine, shows portraits and images of his trips to Burma and Mandalay in the 1990’s.

Jean Larivière uses the word portrait for human beings as well as for objects and his diptychs are here to give them a life after death. They are the result of fifteen years of reserachingg in a new direction. And he has many more in his studio. Andrée Putman who died in 2013, and Loulou de la Falaise, who created jewelry for Yves Saint Laurent and died in 2011 were both great characters of Parisian life.

“Reading” is part of the LV advertising campaign designed by Henry Racamier and Jean François Bentz in the 1980’s. Once can spend hours watching these mysterious photos

In his quest for new objects, Larivière spent three years photographing “wind” on Cape Horn! Each one of his expeditions is documented for months and he draws in pencil the images he wants to bring back.

This amazing artist, who transforms the most basic reality into a dream, worked for many magazines including Egoïste and Vogue Hommes where I met him three decades ago. At the opening, all the old glories of fashion and photography were there and it was fun to catch up again with a time when photographs were argentic and magazines were beautiful every month. 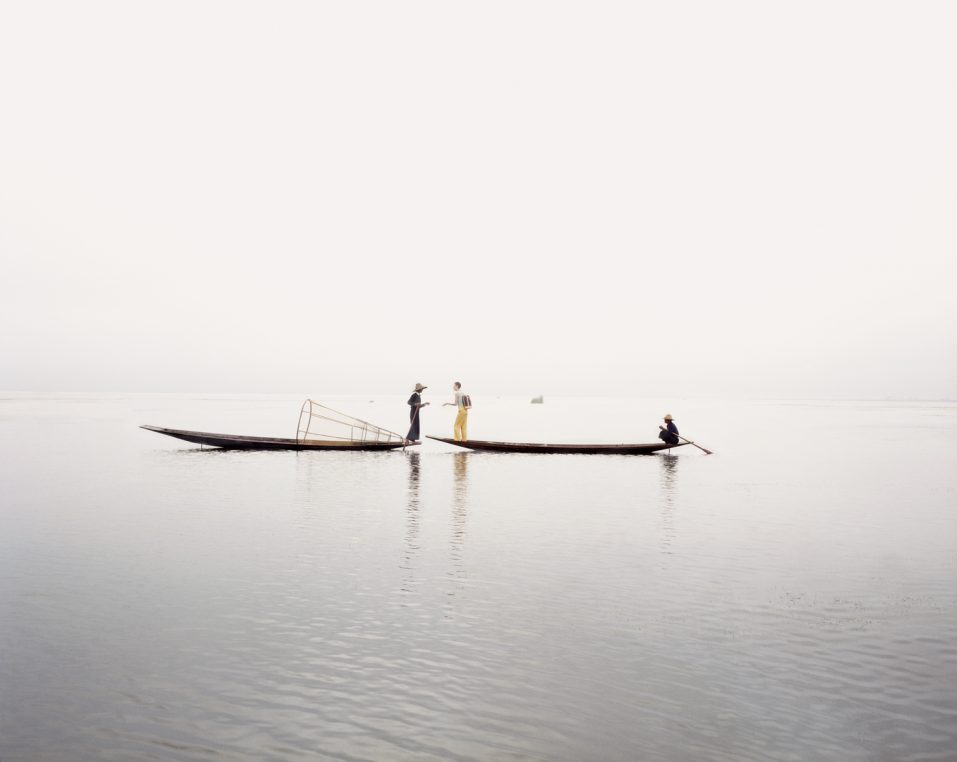 Jean Larivière has not changed, his hair has just turned perfectly white which adds to his impish way. And his talent is intact.

One Comment on “Jean Larivière is back, with all his magic”