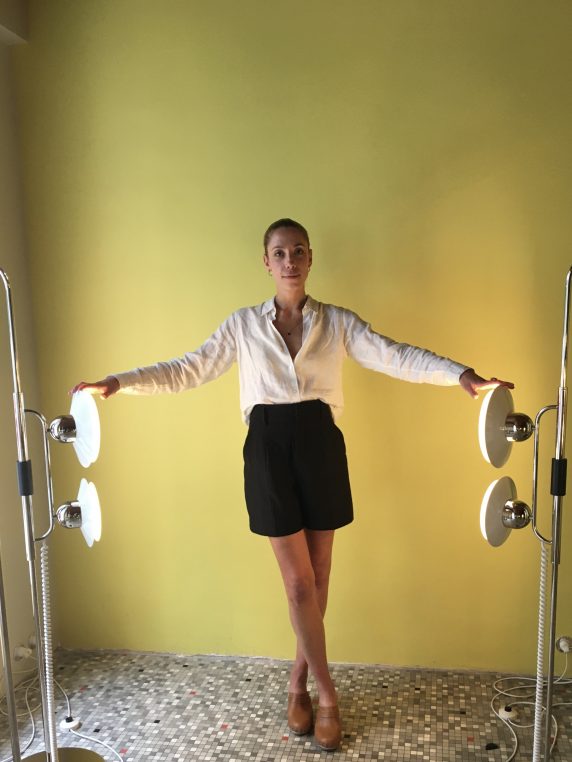 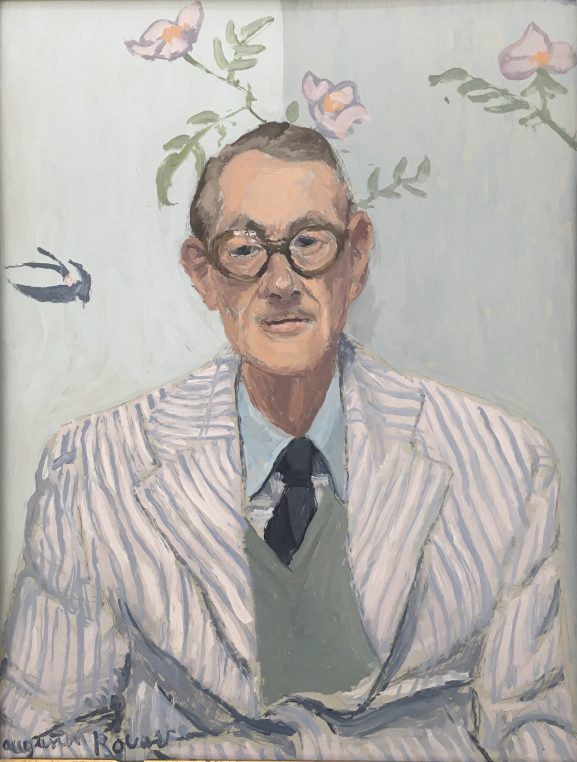 French Academician Jean Marie Rouart has made a name to himself in writing books, joining his close friend Gonzague Saint Bris and a group of young Romantics when he was in his twenties. He was a mediocre student and tried many times to pass his Baccalauréat but has since become a respected Academician. He has recently bequeathed to Le Petit Palais (whose director Christophe Leribault is the enfant chéri of Paris’ art scene), 12 paintings by his father Augustin, his great grand fathers Henri Rouart and Henry Lerolle and Maurice Denis. He was particularly moving at the inauguration when he described his father’s anti social habits and his own taste for honors. 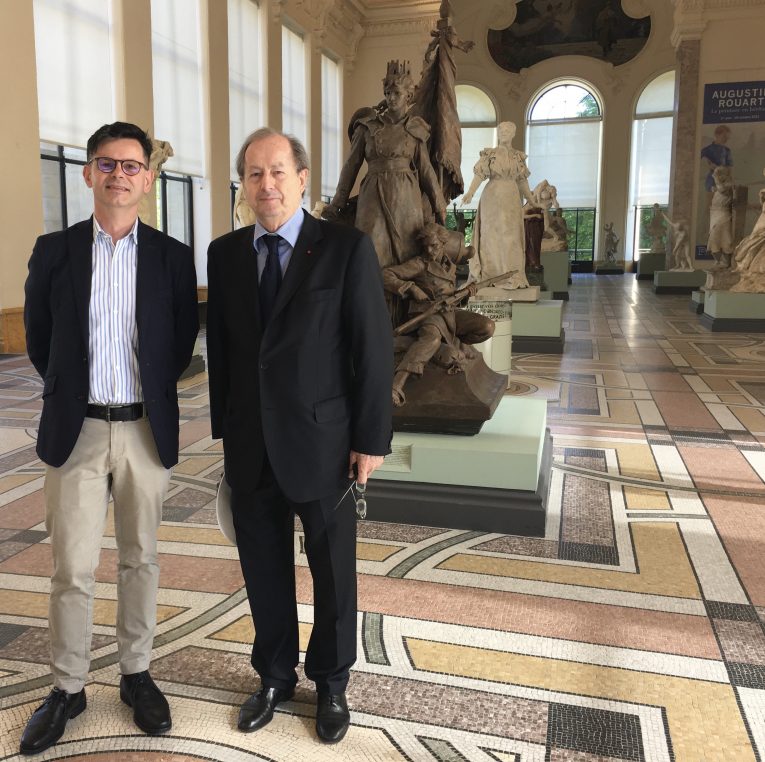 Jean Marie Rouart grew up so involved in the world of Impressionists and his family was so intertwined with every painter who counted at the beginning of the century, that he decided to go for literature instead. The family tree is impressive and starts with his grandfather Henri Rouart, an industrialist at the turn of the century, who painted and mostly collected. He and his brother Alexis were very close to Degas whom they went to school with. His third son married Julie Manet, the daughter of Berthe Morisot and Eugène Manet, the painter’s brother. Julie’s godfather was Auguste Renoir and she was raised with Jeannie Gobillard who will marry Paul Valéry. 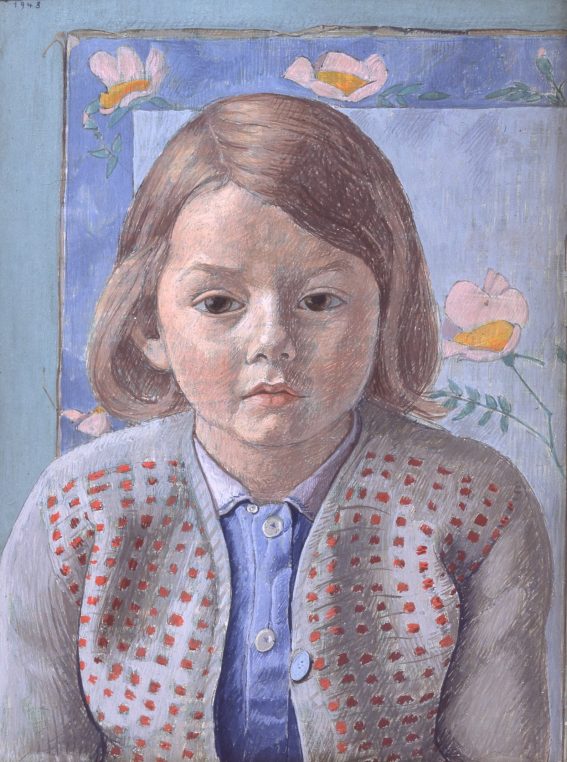 The exhibition is enriched with loans from the family and beautiful paintings owned by le Petit Palais like Degas’ “Madame Alexis Rouart and her children” or a painting of Christine Lerolle by Maurice Denis. There is a Renoir of Berthe Morisot and her daughter and a portrait of Paul Valéry by Ernest Rouart. This is indeed an extraordinary family story which we get to know better thanks to this donation. A few portraits of Jean-Marie Rouart as a child are also very amusing and one can notice in his father’s style the influence of Japanese painters of early 20 th century. 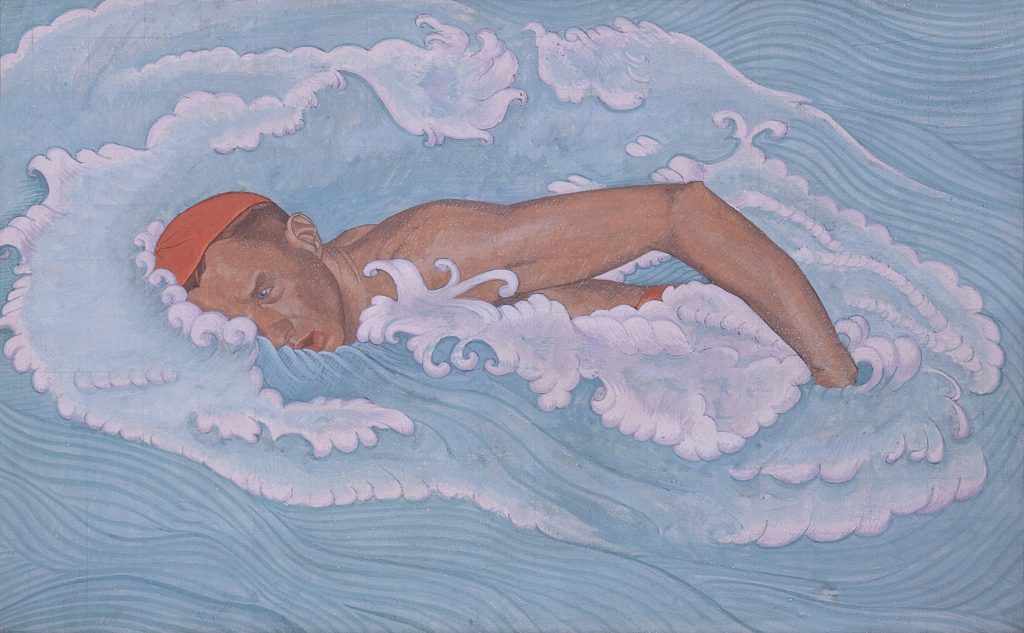 Another family story is that of garden photographer César Garçon, whose father Jean Garçon was a designer and a graphist. After publishing a few years ago his grand father’s (the famous barrister Maurice Garçon) journals, César has worked closely with Editions Norma and author Anne Bony, who is publishing a book of his father’s designs. There are playing cards made for Pierre Cardin or Knoll, children’s furniture made in plastic, watches, jewelry, stainless steel tables and leather armchairs, all made in the 1960’s which will be bequeathed to Musée des Arts Décoratifs (MAD) in the autumn by César and his brother Mathieu. The book is a travel through times, back to when design started being celebrated as an art. 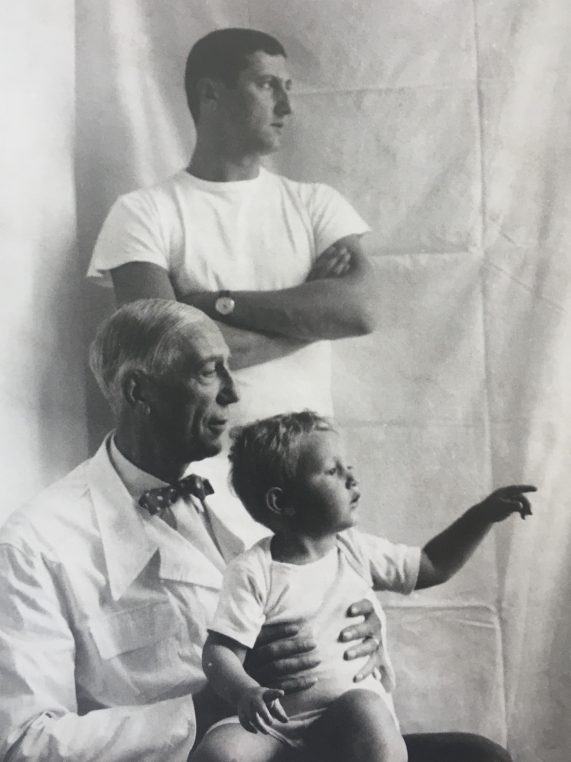 Three generations of Garçon, Maurice, Jean and César at Montplaisir, their castle near Poitiers

His projects described in the book will be shown at Galerie Alexandre Biaggi, 14 rue de Seine from 23 to 26 June. The book will be signed by its author Anne Bony, a XX th century design specialist,  from 3 pm to 9 pm on Wednesday, the 23 rd. 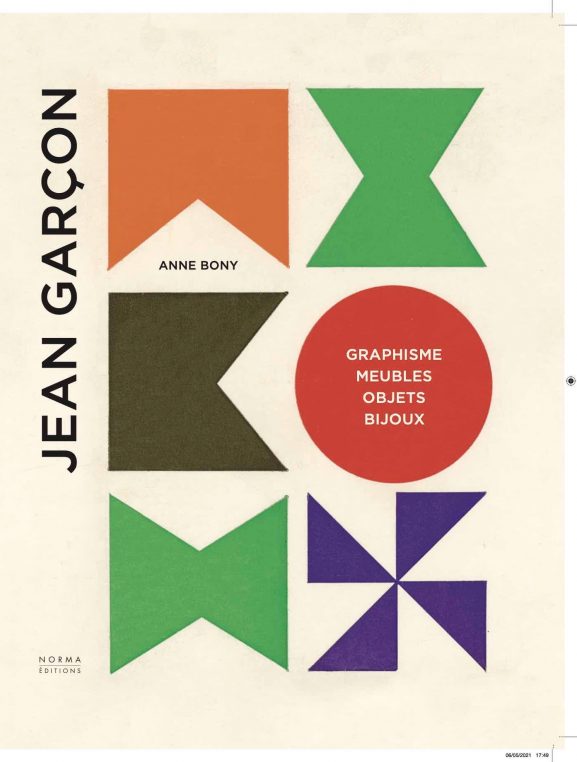 And it is another lovely family story that architect Leonie Mason has uncovered with her grand mother Odile Mir (b 1926). This sculptor who still works today near Toulouse, spent a few years of her life designing furniture and lamps for Prisunic when Denise Fayolle and Maïmé Arnodin were at the helm of Agence Mafia. Leonie, who designs hotels, offices and private houses, has just started with a limited edition of her standing lamps in chrome and metal, DUO, which are made in France and sell for 3 700€. There will be furniture and  more lamps very soon. A superb catalogue raisonné is published by LOMM éditions.

There will be more armchairs CHENILLE and lamps PHARE. The whole collection is lovely and you can find out about it on the website of LOMM. 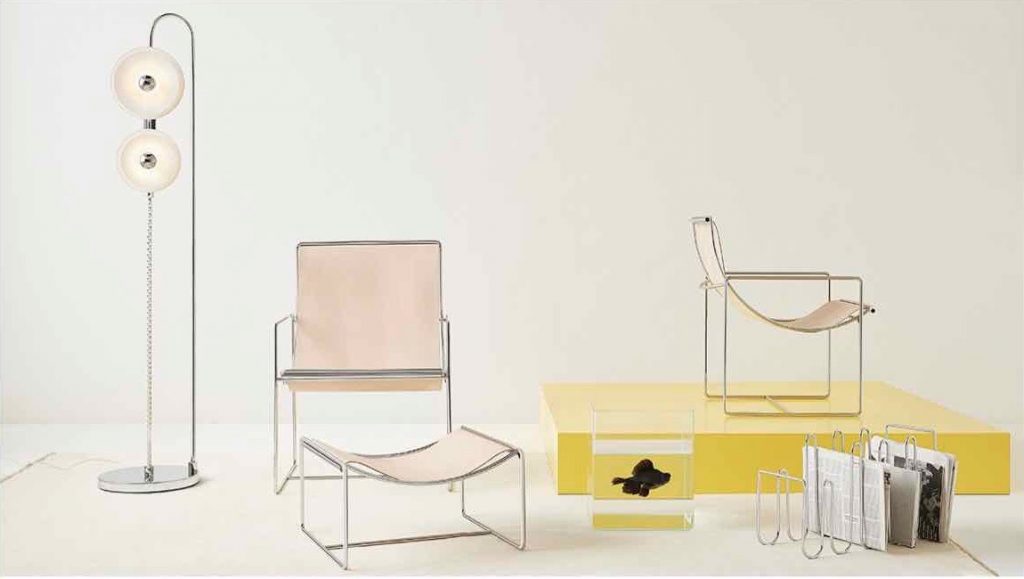 Lomm éditions with the FILO Chair in leather and DUO lamp

There is nothing more beautiful than family traditions and talent being transmitted through generations. Jean-Marie Rouart, César Garçon and Leonie Alma Mason, who are faithful to their grandparents and parents, are proofs of that.

The Rouart exhibition is at Petit Palais until October 10. Jean Garçon is published by Norma.