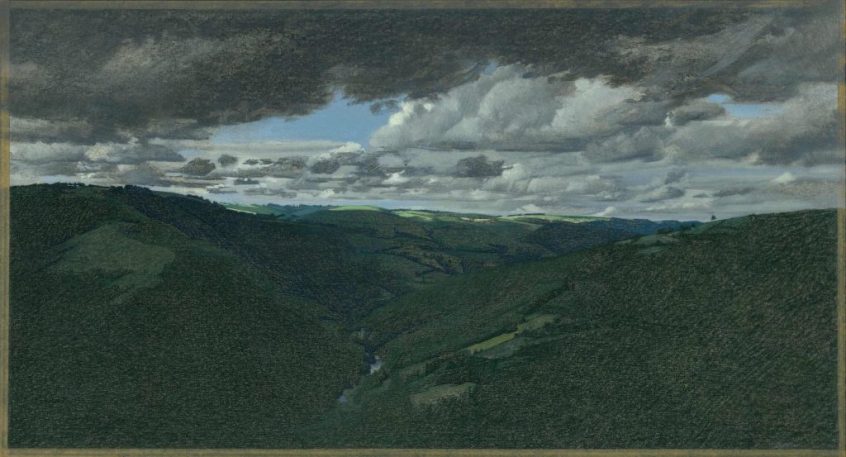 Born in 1956, Jean-Michel Bacquet has studied at Ecole des Beaux Arts in Paris and was a young laureate of the Prix du Dessin Pierre David-Weill at the Académie des Beaux Arts. He now lives between two beautiful and wild areas six hours apart, Flayosc near Draguignan, in Provence, and Montarnal near Conques, in Aveyron. He paints and draws and the show, “Seasons” at galerie Documents 15, is mostly concentrated on works on paper, in black and white and in color. And they are magical. It can take him 10 years to complete his paintings for which he likes to catch the right light. He has been compared to a monk for his patience and his spiritual strength. 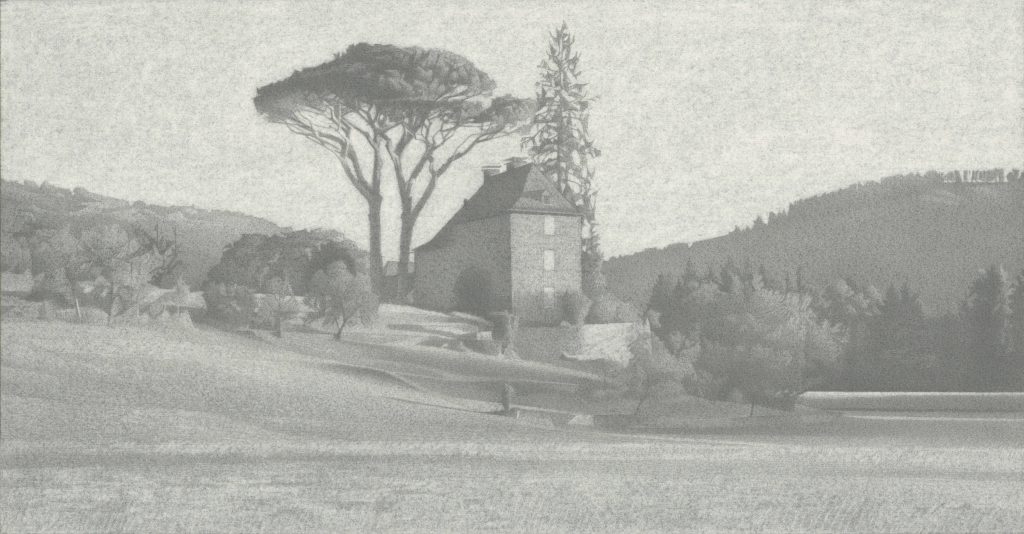 While walking through this exhibition in the charming gallery of rue de l’Echaudé, I fell completely in love with his pencil drawings. You can look at them with a magnifier and you will discover millions of little dots and lines which render the light and the shade as vividly as color. They are different in the two geographic areas, but the climate is probably quite similar in these continental, slightly mountainous regions, very  cold in winter and hot in summer. And the evenings have a golden light. 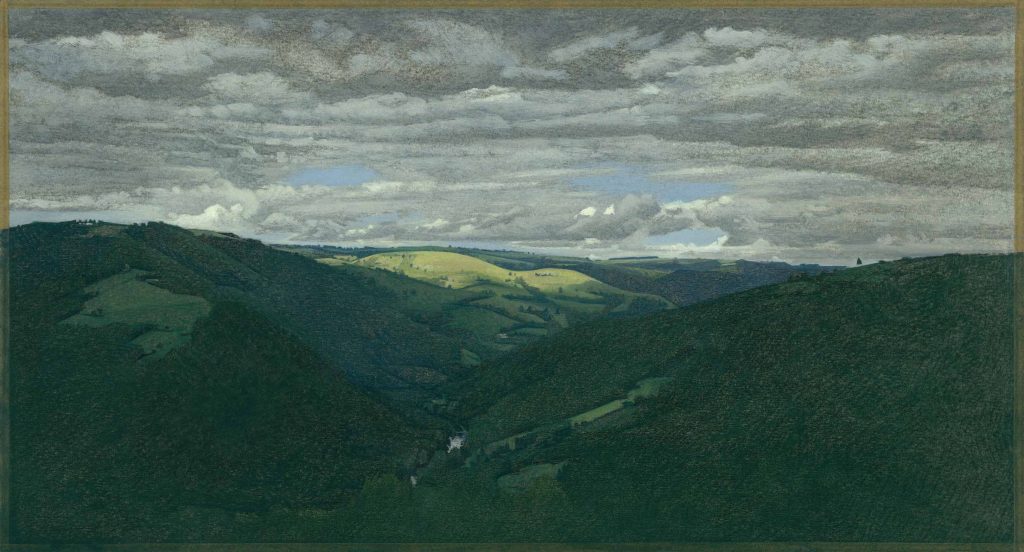 Dream is never far in his works which contain a mystical quality and mist adds to the mystery. Seasons are very important for him and the light in the paintings informs us ahead. The vineyards of Chateau de Selle in the summer afternoon have a bright green coloring while in the morning, the shade makes them look darker. Six (8,5 X 40 cm) horizontal oils on paper hang together in the back of the gallery and the effect is fantastic. Larger ones painted on wood, like “Winter morning II” are equally intriguing.

Jean Michel Bacquet’s talent is discreet but the more you look at the works the more you love them. He was invited to stay by Balthus, in his Swiss chalet and James Lord, the American art critic who lived a long time in Paris praised his work. 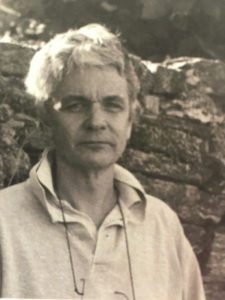