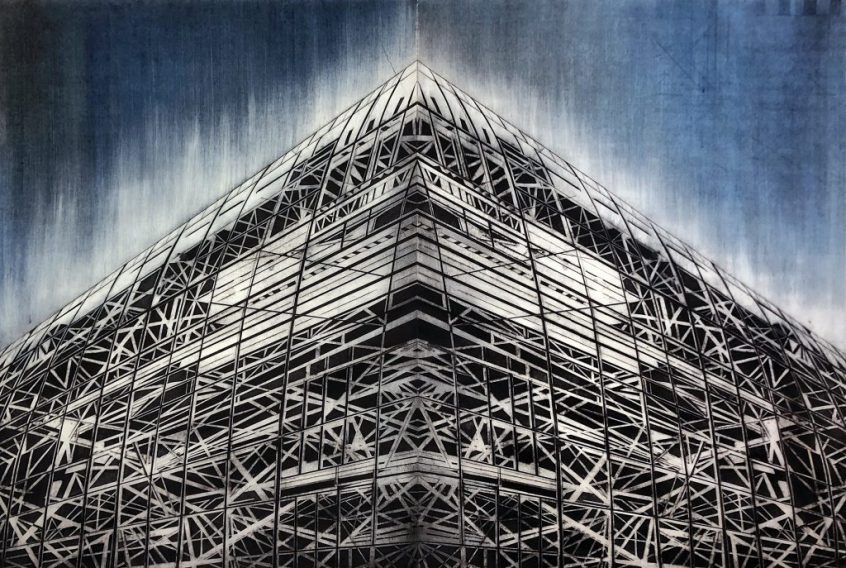 British artist Jenny Robinson reigns over the 6 th arrondissement. After winning the Printmaker’s prize Mario Avati, a 40 000€ award given by Académie des Beaux Arts to confirmed printmakers in memory of Mario Avati she was offered an exhibition at Pavillon Comtesse de Caen, and another one at Galerie Documents 15, a few hundred meters away. At the opening, she was introduced and congratulated by her fellow printmaker, Erik Desmazières, for her reinterpretation of the urban landscape which she does with great poetry. 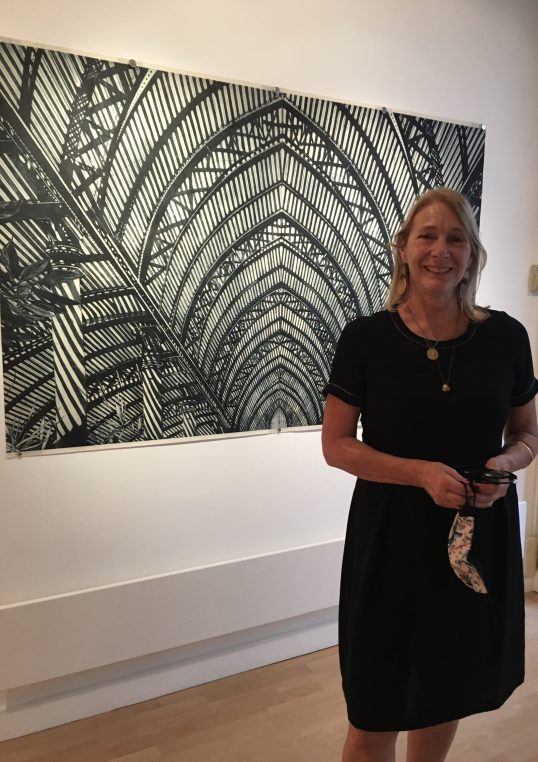 Jenny Robinson in front of “The Shade House”#1 inspired by  the”Palm House” in Barcelona at Galerie Documents 15, 5 000€

Jenny Robinson is on the verge of moving from San Francisco, where she has worked for eighteen years, to Australia where her husband now lives. She was raised in Borneo and trained later in Great Britain. But at the moment she is stuck at home in GB and in France for our greatest pleasure. 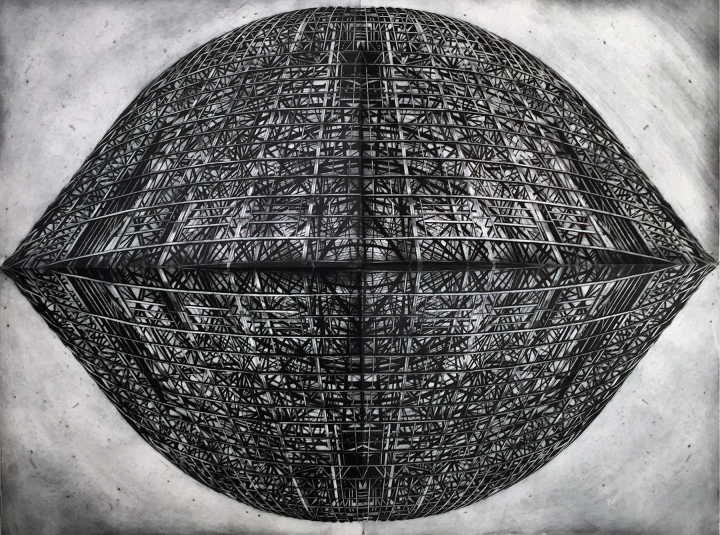 Her work has a kaleidoscopic quality because she often uses the same print in a two-dimensional way and her fascination with bridges and ironworks is interesting for such a feminine artist. Her inspiration in the last 18 years was the Hunter’s point shipyards in San Francisco and a decommissioned airship hangar at Moffett field. She draws bold interlocking images of scaffolding printed on lightweight Japanese paper, “a material juxtaposition that points out the ironic contrast between the inevitable destruction of the welded metal building and the museum-conserved future of its likeness pressed into semi transparent tissue” as fellow artist Ellen Heck writes in the catalog. But she also admits to having loved the charm of Spanish architecture discovered recently in the Palm gardens  of Barcelona. 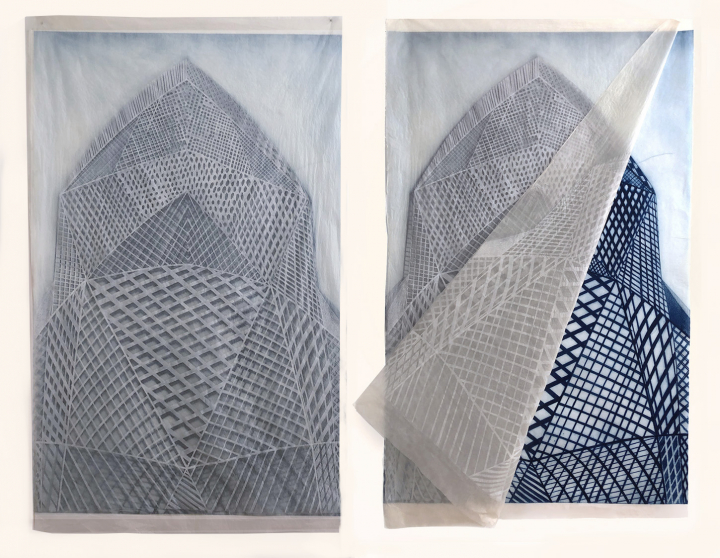 The artist works very precisely on the contrast of dark and light in the process of her printing and she sometimes adds, indigo, sepia, brick red and white against a black background. Gasometers, spiral parking garages, rollercoasters, ferries wheels, ships and hangars are all represented in her work and they occupy the large space at Pavillon Comtesse de Caen where some of the huge prints float in the dark on ultra light Japanese paper. An interesting video, made for the show, narrates her printing technique and shows the artist dancing around the studio with her very large floating works. It is extremely pretty. 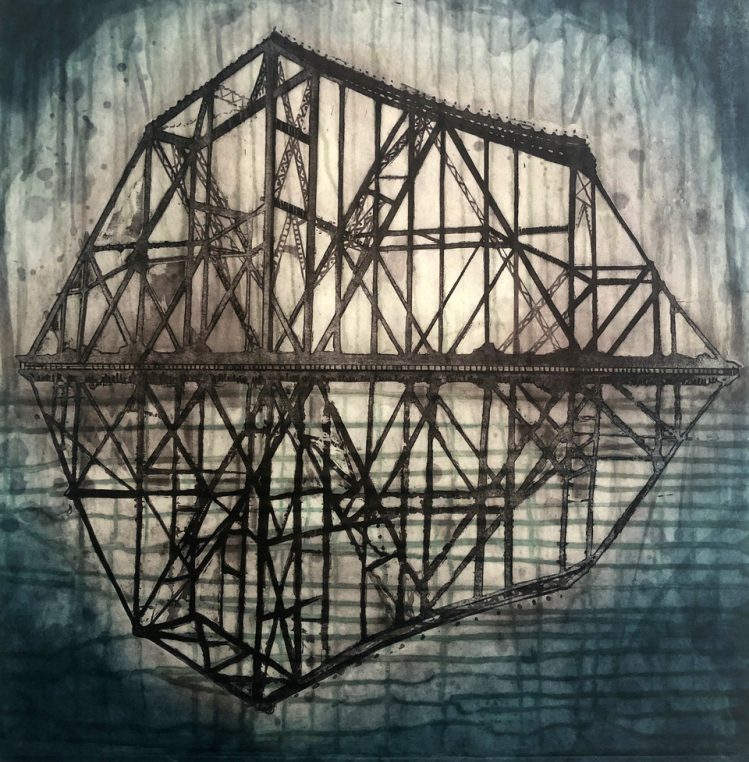 Until October 16 at Galerie Documents 15 and Académie des Beaux Arts until October 17. A catalog with a text by Ellen Heck is available in English for 30€. And don’t miss the new bookstore “Les Immortels” whithin the Institut, which only sells books written by members of the Académie. This is very reassuring for literary snobs who are afraid of missing out on les Immortels as Academicians are called.