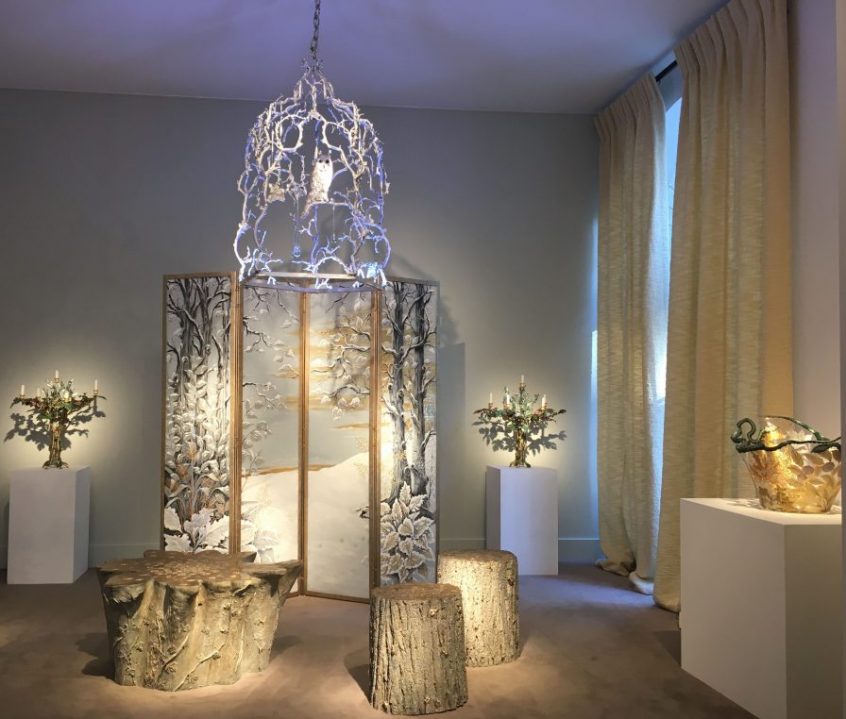 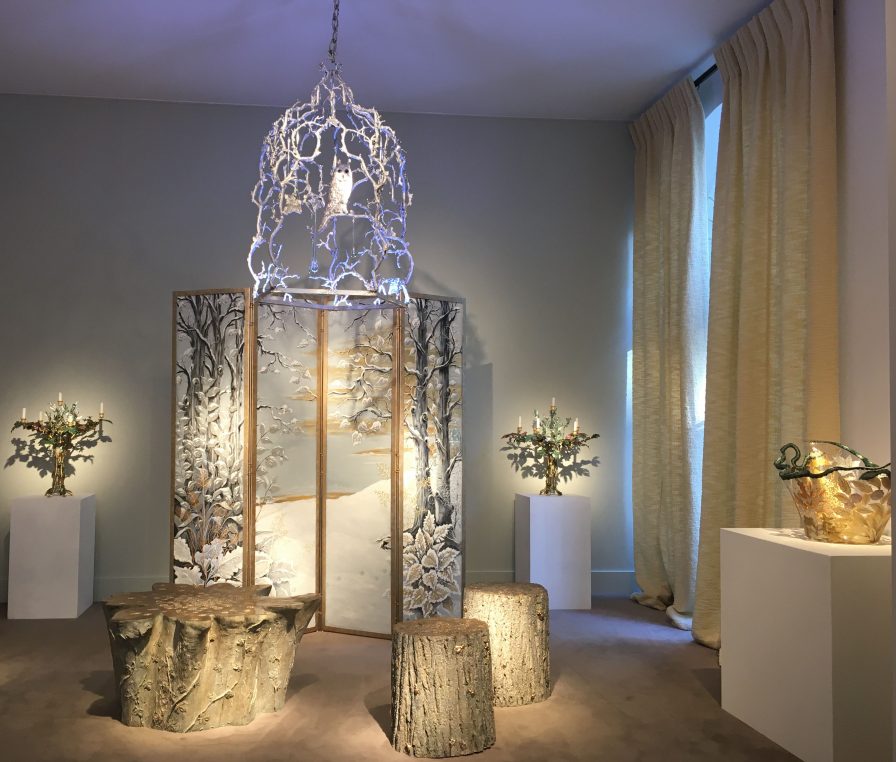 Joy de Rohan Chabot never stops surprising us. She was probably the most beautiful débutante of her generation and her Scottish blood always attracted her to nature. You might remember her spectacular show at Musée Jacquemart André in 2008 or her first one at Tiffany’s, in New York, in 1987? Her bronze creations are all melted by David de Gourcuff in Auvergne, and this tall and frail lady worked intensively to get her 18 pieces ready for this exhibition. The setting of “l’Attrape Rêve” as the show at Galerie Chastel Maréchal is called, is spectacular and it is wonderful to enter this dreamy atmosphere of vegetal mirrors and secret bronze logs.

Joy de Rohan Chabot with her “Gold Leaves” chair, the “Suspended garden” candelabra and a mirror in bronze and painted metal, “Crispy Morning”

Some years ago, I was lucky to be invited in August to her house in Auvergne and she spent all her time painting glasses and plates for Delphine Arnault’s wedding in September 2005, at Château d’Yquem. Her guests were bemused at her frantic energy and dedication and so was I! Born Joy de Rouvre, the artist could have easily been satisfied to marry charming aristocrat Jean de Rohan Chabot, and bear him two brilliant sons. But she started a career as an artist and pursued it energetically. 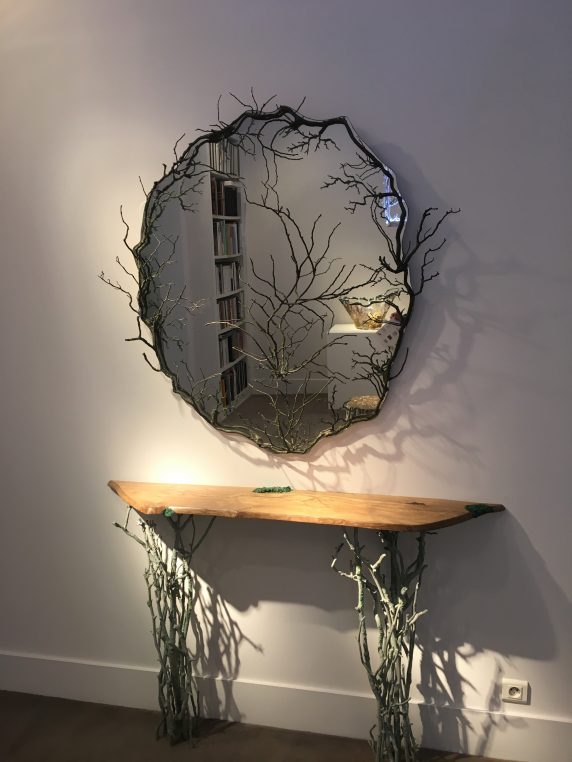 “L’attrape rêve” the dream catcher mirror sells for 4 800€ and the console, “The bundles”

The diversity of her themes is extraordinary and she manages to get lightness with bronze. The star piece of the show is the Lantern with an owl called “Clair de Lune” (moonlight) which is made of aluminum and glass and sells for 38 000€. Another lantern in bronze is called “Butterfly cage”. There are a few glass items, two screens and a vase. One imagines the fun she had at picking each name for this dreamlike series of objects in paradise. 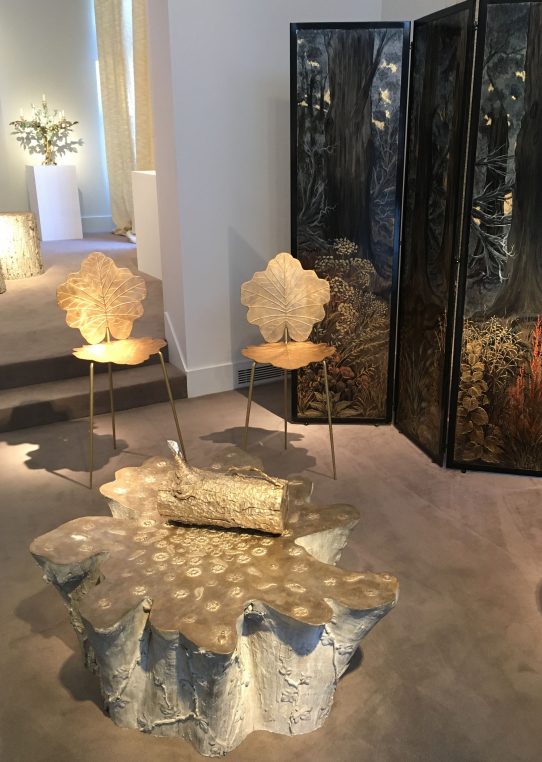 The “Feuilles d’or” chairs, a screen “Shade and light” in painted glass and “the Secret” a box in bronze set on a “Millefiori” table.

All pieces are unique or cast in very limited numbers. Don’t hesitate to go to the gallery, a few meters from Ecole des Beaux Arts, on 5 rue Bonaparte. It is a soothing experience and a moment of Joy! of course.