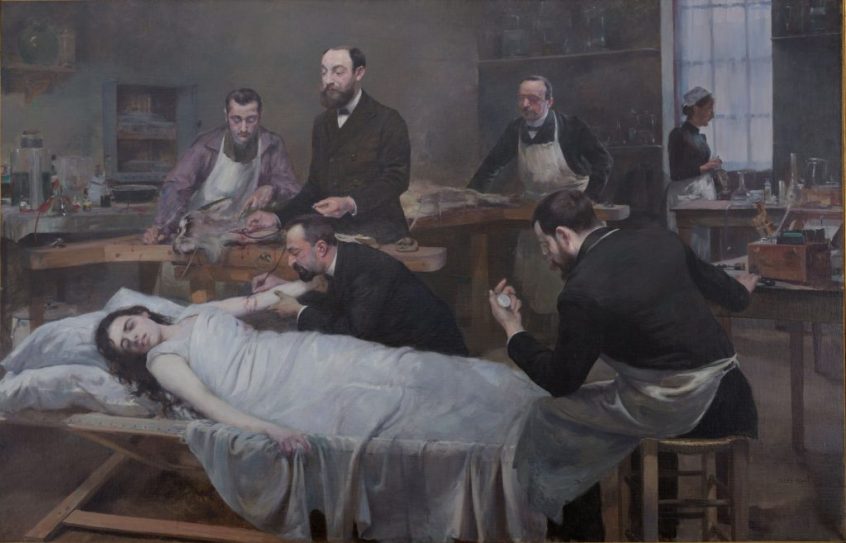 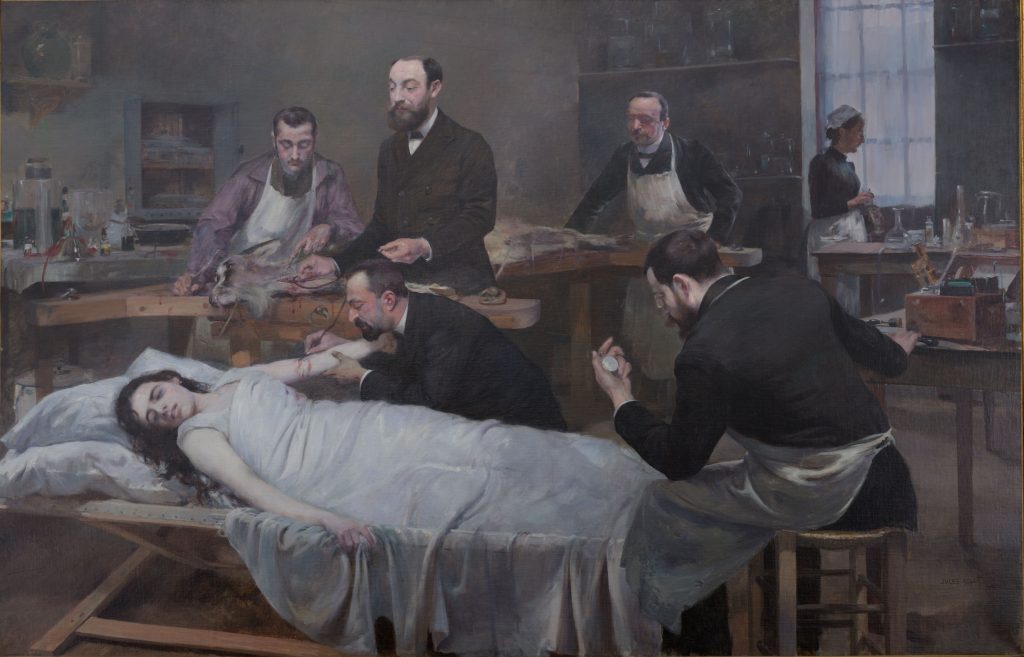 The Museum of Art and History of Judaism, MahJ, has wonderful permanent collections set in an 18 th century hotel in the Marais. After showing Helena Rubinstein’s collections last spring, it focuses (until February 23) on a Jewish Alsatian painter, Jules Adler, who is little known today in France but was celebrated at the turn of the century as a naturalist painter. His most famous painting is “La Grève au Creusot” (Strike at the Creusot) painted in 1899 and lent by the Pau museum. The show is historically interesting and puts into light many dark popular scenes and country workers.

The Mother, 1899, Poznan, Foundation Raczyński of the National Museum © ADAGP

For an official painter of the Third Republic to concentrate on the poor and the humbles was quite a feat and Adler was famous in his times for painting factories, workers on the docks and strikers, as well as families queueing in the food lines. The exhibition is not happy but it is very modern in certain ways. It took place in Evian and Roubaix at the Piscine first, before coming to Paris with some extra drawings. 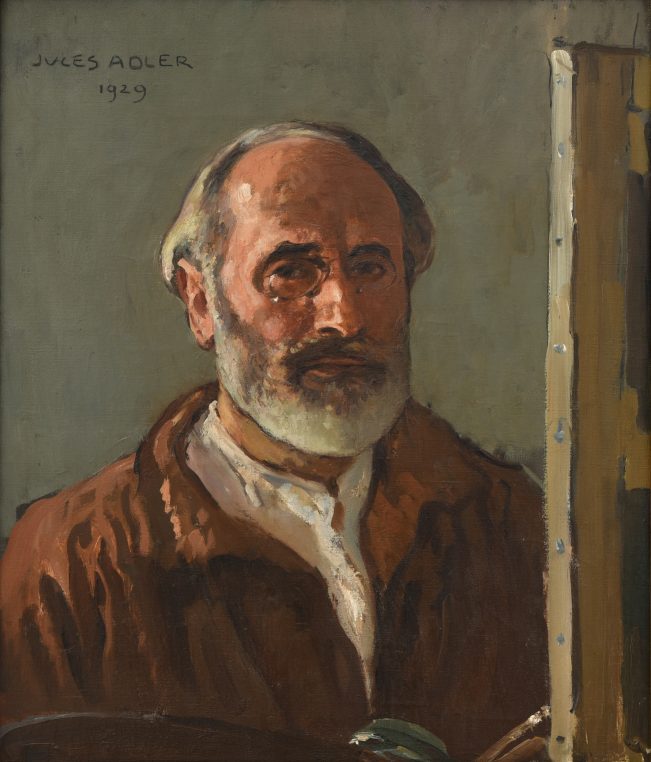 Adler started out painting in a photographic style, then evolved towards pointillisme and developed a halo of light and smoke that you find in many paintings like “Les fumées” or “Paris seen from the Sacré Coeur”. During the years of industrialisation, he was mostly concerned by the life of the workers (not those of the rich) and fought along Zola for the liberation of Captain Dreyfus (Polanski’s film “J’accuse” is coming out on November 13 th in Paris, and is remarkable). 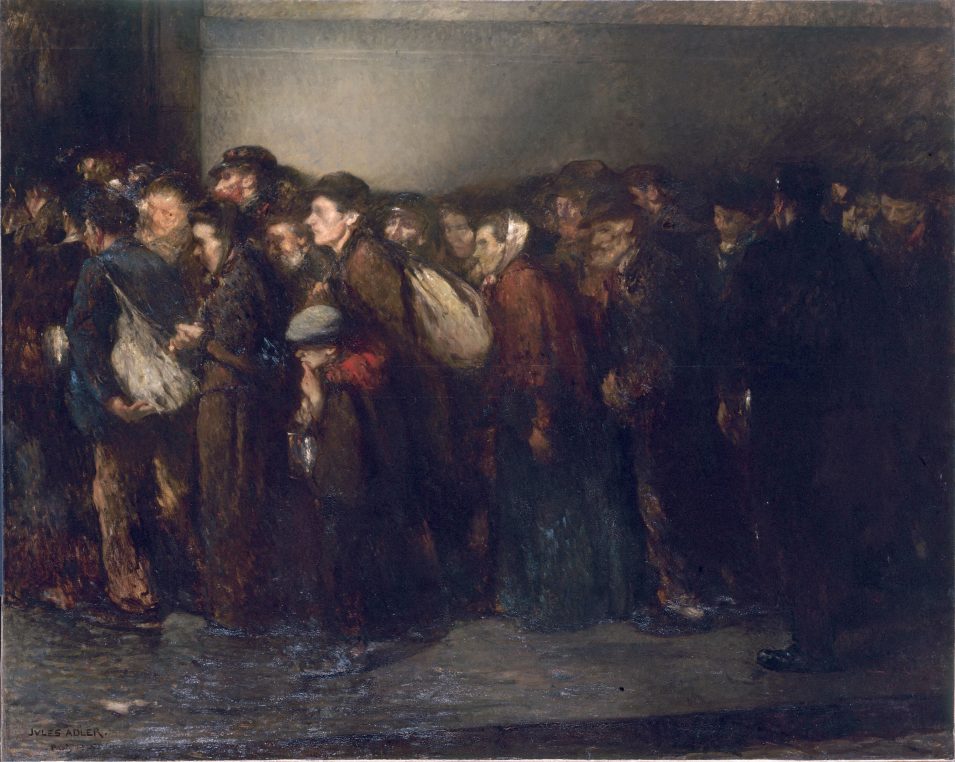 Through 170 paintings and drawings, one discovers his country scenes staging day laborers with their tools, sailors and fishermen from Brittany, and he often uses the same character for different group paintings. “The mother” is a particularly strong work with her child dressed in bright red and the absinth drinkers in the background. “Les Hauts Fourneaux de la Providence”, describing huge furnaces in Charleroi,  is also a very large and striking canvas. 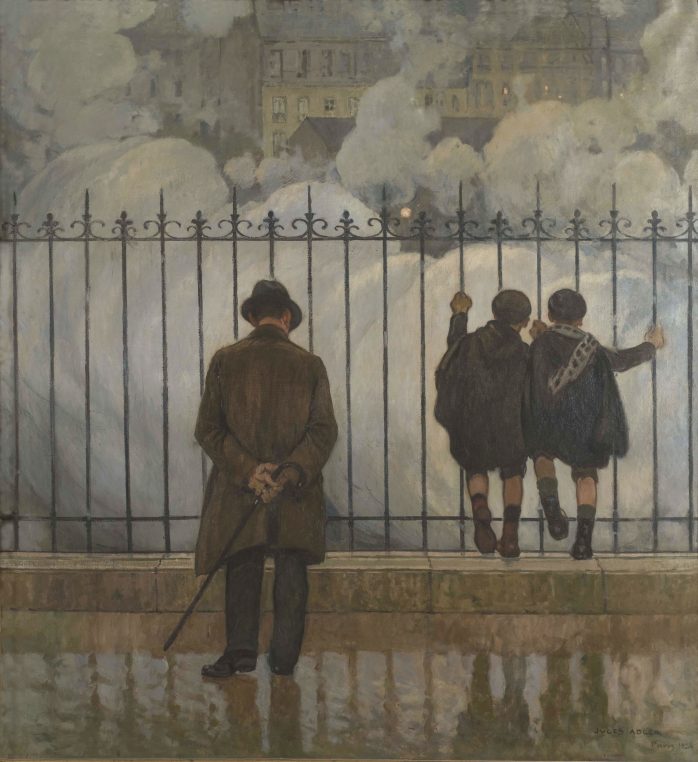 During the first world war, he opens a restaurant for starving artists with his wife and goes to Verdun in 1917 to paint the army, the wounded but also, German prisoners, thus being a key witness of the atrocities of the war. He never explicitly paints Jewish ceremonies or buildings and does not profess religious feelings. When in Paris, he lived near Place de Clichy and in the Batignolles.

During the second world war, he remains in Paris relatively unthreatened, until someone turns him in in March 1944. He is interned in the Hospital-Foundation Rothschild, which served as a camp for jews in conjunction with Drancy. There, he paints his fellow prisoners and Dr Roubinovitch who was an old friend imprisoned with him. It is particularly moving to see the hospital registry with his and his wife’s name. They were freed on August 25 at the Liberation of Paris. 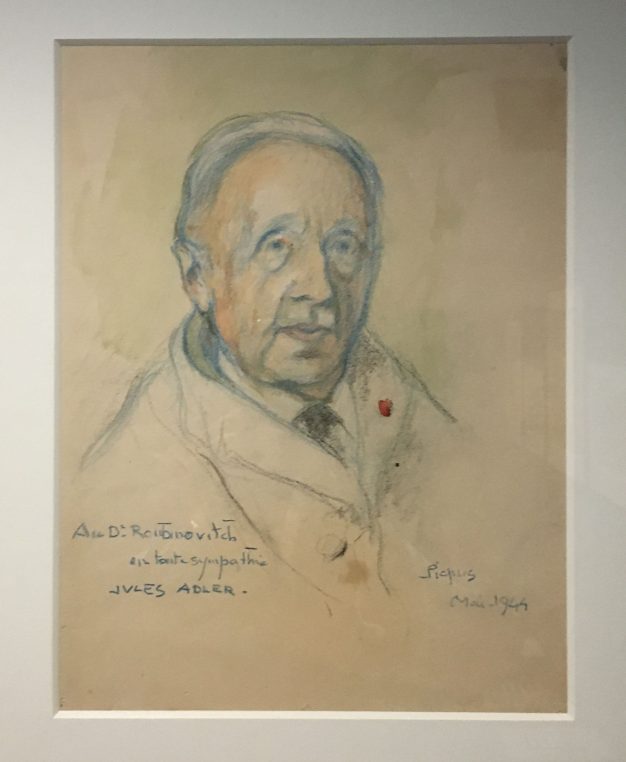 Many of his works are very strong and dark,  and show great sensitivity. He died in 1952, and immediately fell into oblivion. This show of his works at MahJ is vivid and the small rooms adapt well to the size of the paintings.

One Comment on “Jules Adler, a naturalist painter at MahJ”