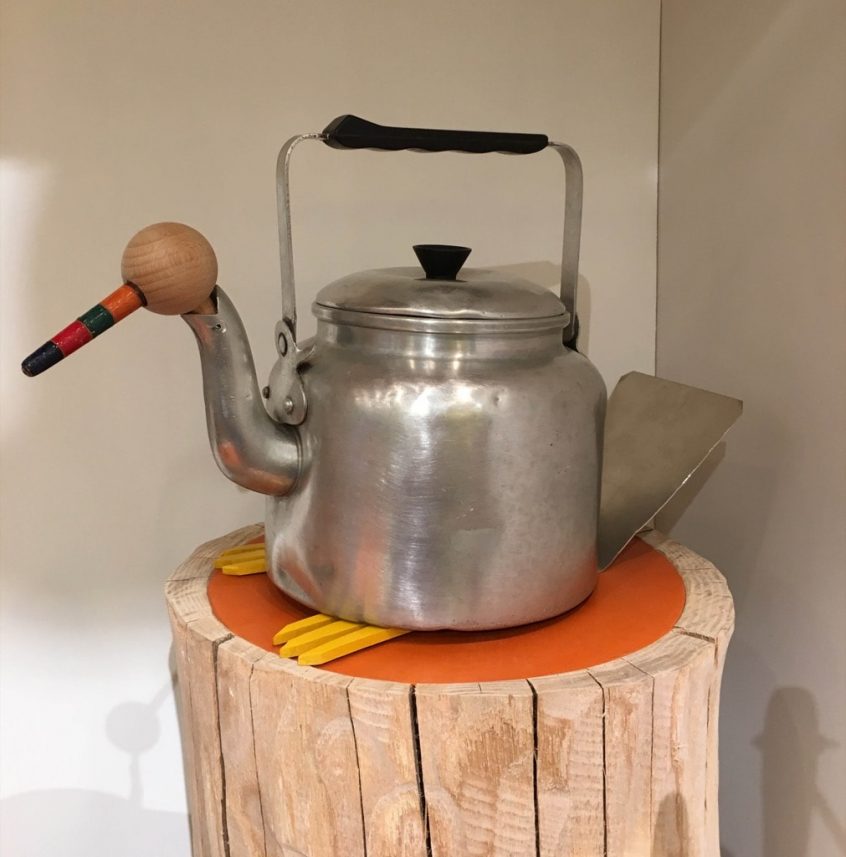 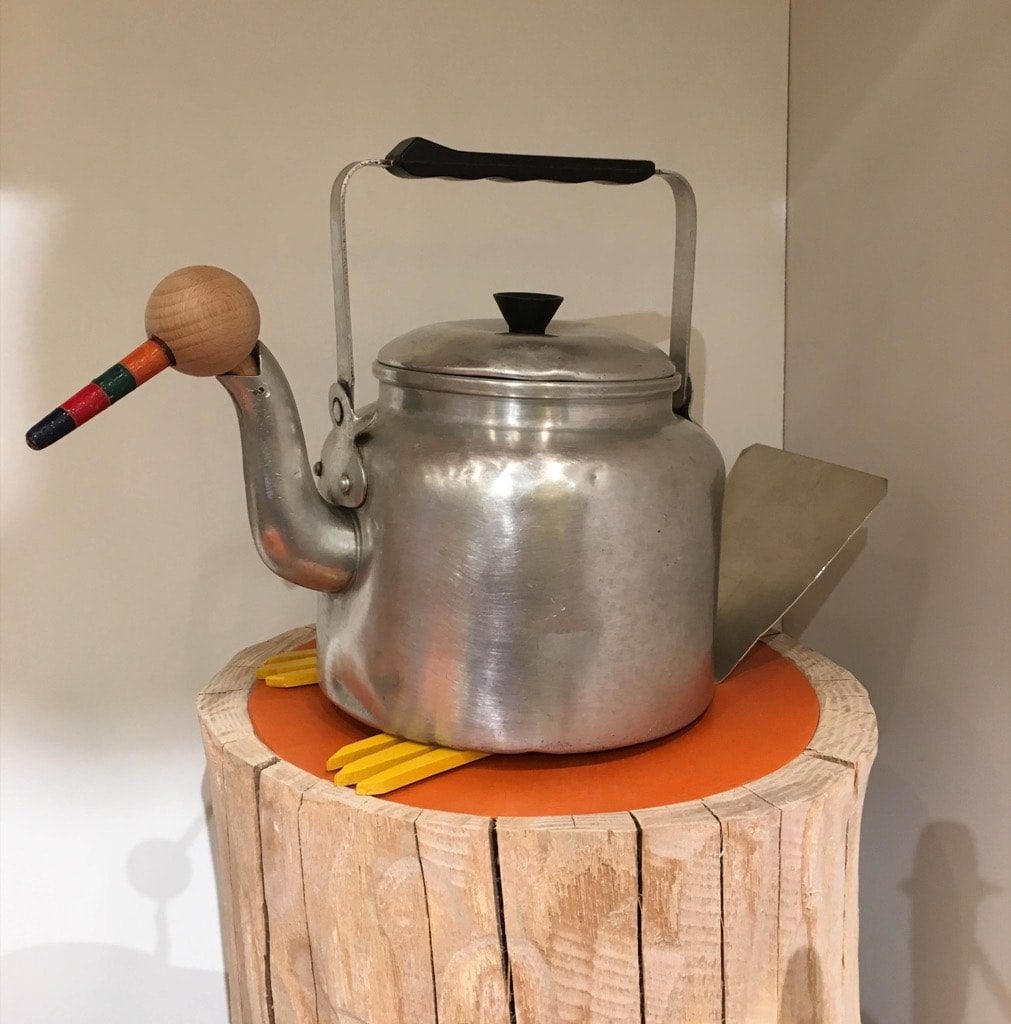 A kettle bird in the window of Hermès rue de Sèvres

I was quietly riding the 84 bus on my way to the Latin quarter when suddenly, I had an urge to get off and look from close up the ravishing windows of Hermès, rue de Sèvres. Something very intriguing was hanging upfront and I was irresistibly attracted to little wooden and aluminum birds made by Brazilian artist Julio Villani.

The magic instigated by Pascale Mussard, artisitc director of Petit Hermès, has worked again. The beautiful shop designed seven years ago in the remnants of piscine Lutetia, where I learned to swim, has a life of its own within the Hermès Empire. And while the windows of Faubourg Saint Honoré have become shamefully ugly since Leïla Menchari stopped decorating them, the space left to Julio Villani’s imagination is poetic, light and whimsical.

The artist’s ambition is « to interweave the tangible and the dreamlike, revealing the playfulness concealed within familiar objects »… The contrast between the luxury of Hermès accessories, whether silk or leather, and the abandoned objects which the artist uses for his birds, is striking. And yet the cohabitation works perfectly. 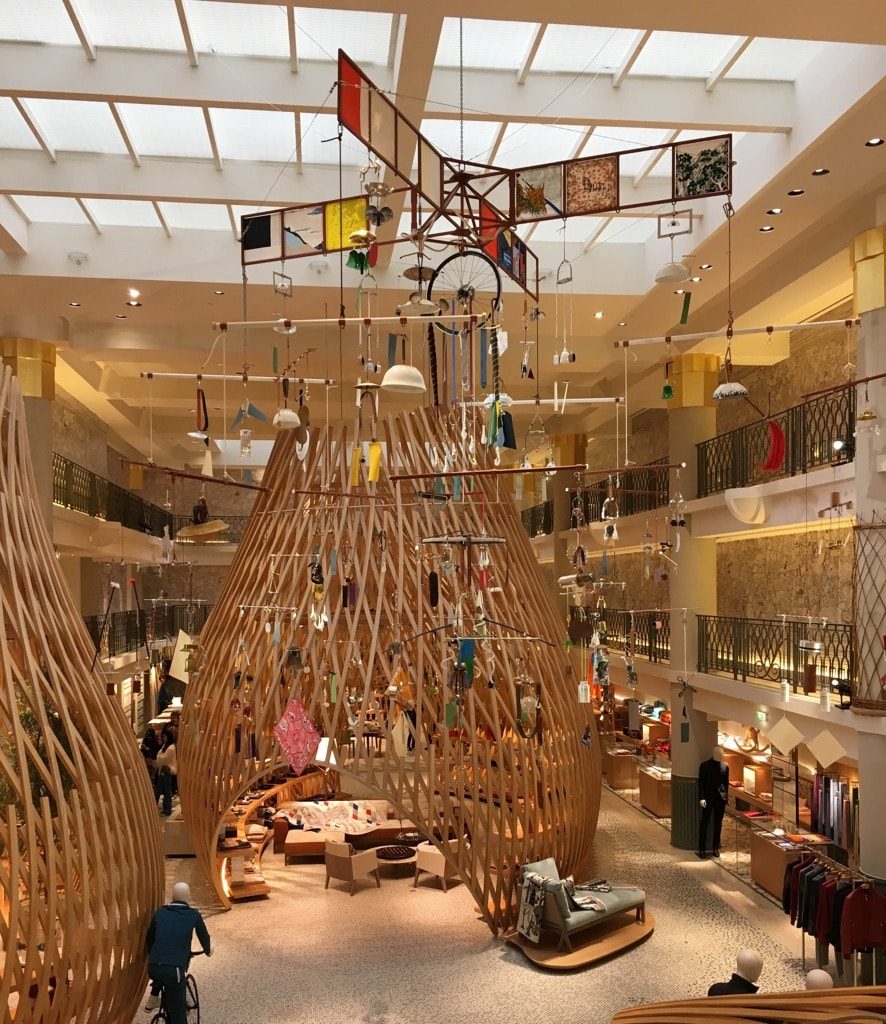 The show is on until March 21, and when entering the immaculate shop (17 rue de Sèvres) you will immediately discover at the entrance, the Petit Hermès collection of objects made with leftovers of leather, silk, and all precious materials used by Hermès. It is an enchantment in a world of mega waste. 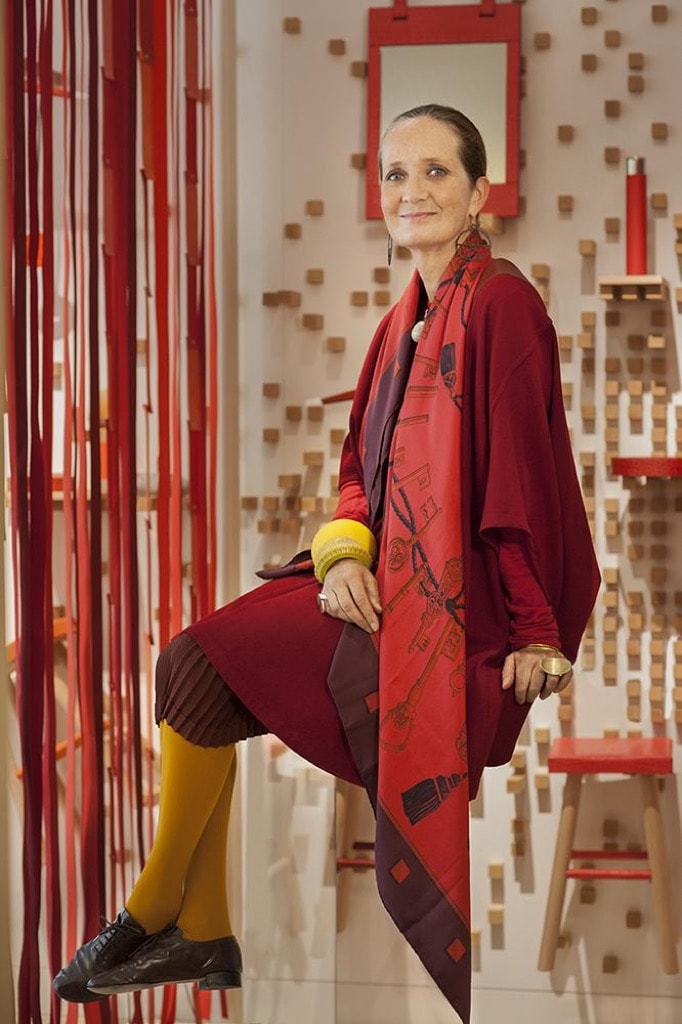