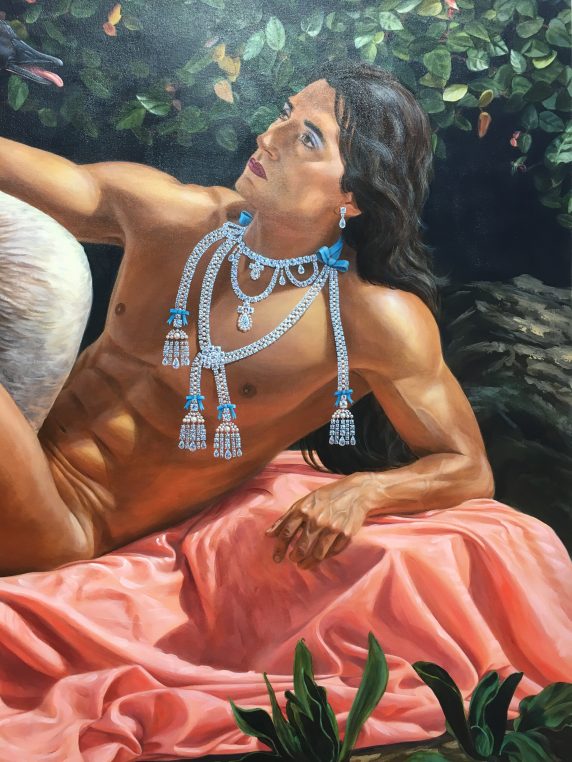 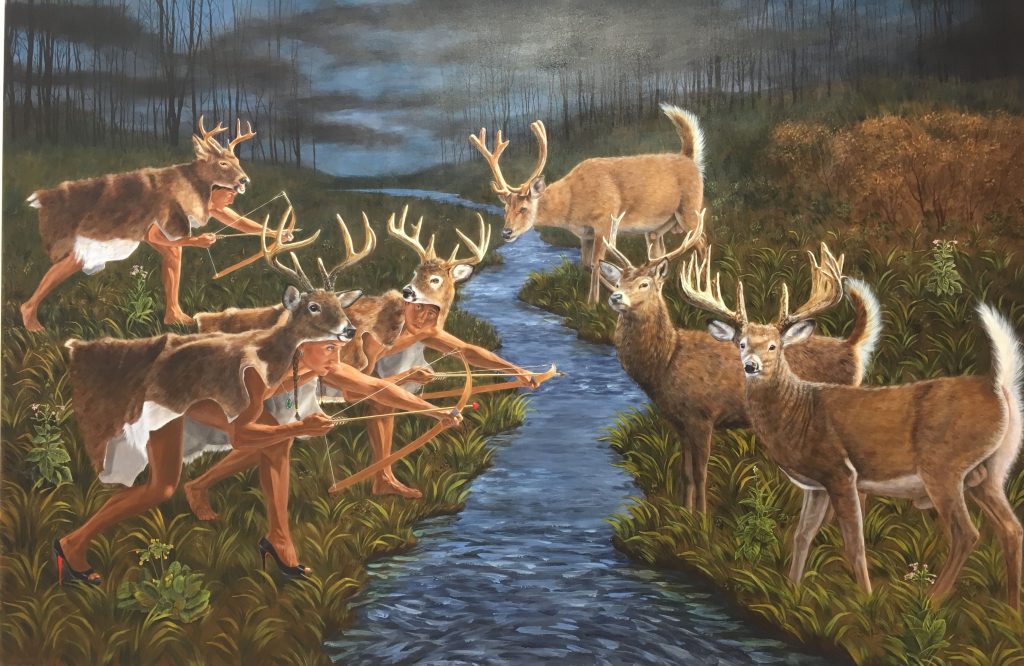 The inauguration of Canada’s new cultural center in Paris, within the Embassy which recently moved from avenue Montaigne to 130 Faubourg Saint Honoré, was a great evening full of surprises. Kent Monkman, the successful painter could not have been more charming and his huge painting “Miss Chief’s wet dream” a parody of  the “Raft of the Medusa”, was made especially for the large space. Ambassador Isabelle Hudon , who recently arrived in Paris, was beaming with joy. And the whole evening had a relaxed atmosphere thanks to deputy minister Graeme Clark, who made sure to introduce everyone to the artist. 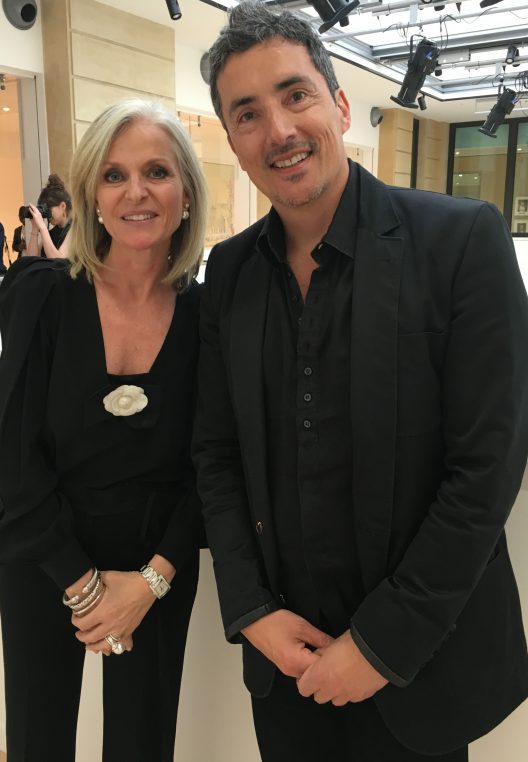 It has been a Canadian week in Paris with  Robert Carsen‘s triumph at Théâtre des Champs Elysées with his direction of  “Orfeo ed Euridice” by Gluck. The one hour and twenty minutes opera was a moment of extreme emotion thanks to the director’s fabulous lighting and counter tenor Philippe Jaroussky‘s superlative performance. Patricia Petition and Emöke Barath were also perfect.

In Venice, the new Canadian pavilion for the architecture biennale is also saluted as exceptional.

I was very happy to discover Kent Monkman who refers to European art history and creators (Jean Paul Gaultier among others) and I was totally charmed by him.While he has created a character wearing Louboutin high heals and lots of jewelry, Miss Chief, for all of his paintings, he is extremely low key and natural in real life. 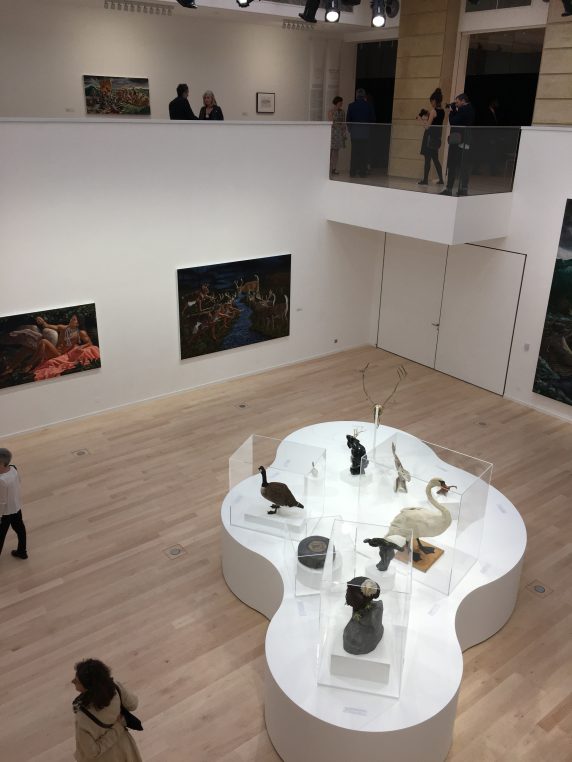 The large 7,30 m parody of the “Raft of the Medusa” by Géricault, which includes Marie Antoinette and Queen Victoria but also a victim of the Spanish flue, a harlequin… looks stunning in the new space of Faubourg St Honoré (across the street from Daloyau), designed by renowned French architect Jean-Paul Viguier. 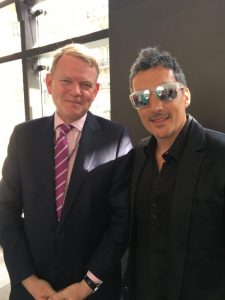 Some of the small etchings “United in love” and “Salome” are hilarious. Kent Monkman represents himself in most paintings with a large wig and as Miss Chief. He was born in Manitoba from the Cree people, the largest group of First Nations who were hunter gathers.  He now lives in Toronto and exhibits around the world. He is very concerned by the way European artists treated colonisation and deals with indigenous North American civilisations in most of his works. I was particularly interested by his treatment of wildlife and androgenous characters.

This is not his first show in Paris, since he was part of the Winnipeg summer exhibition at La Maison rouge in 2011 and exhibited at Palais de Tokyo the same year. He was also part of a show in Sète at Musée des Arts modestes. 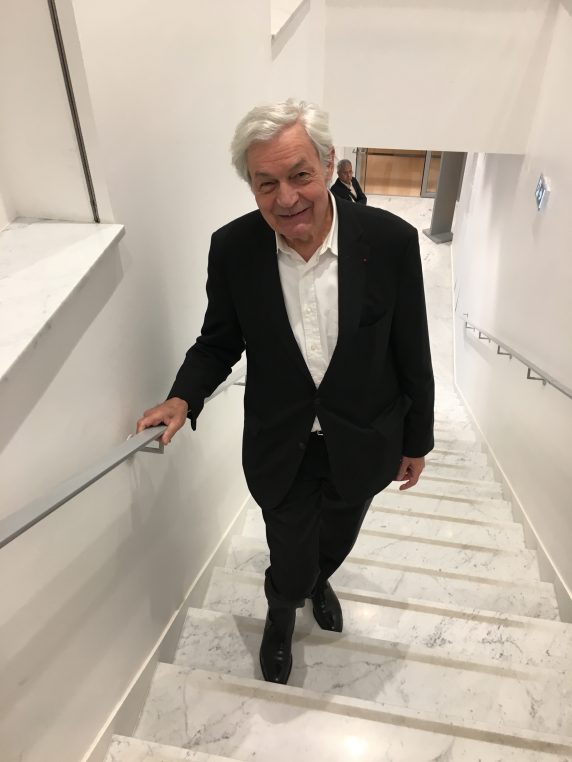 Among the four hundred guests who attended this inauguration, some regretted the premises of rue de Constantine near the Invalides, but they were all celebrating the chic and modernity of the new center. 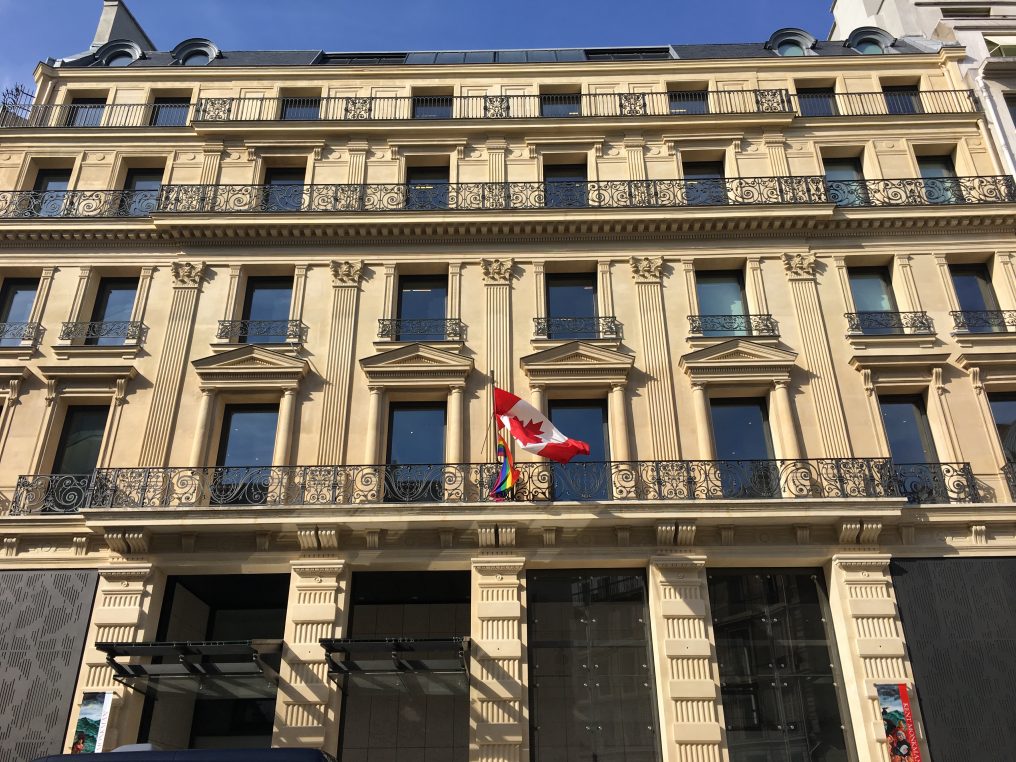 The exterior of the embassy on Faubourg Saint Honoré

Entrance is free to the exhibition. There is a concert by Canadian cellist Cameron Crozman who studied at the French Conservatory on June 19 th at 8pm.