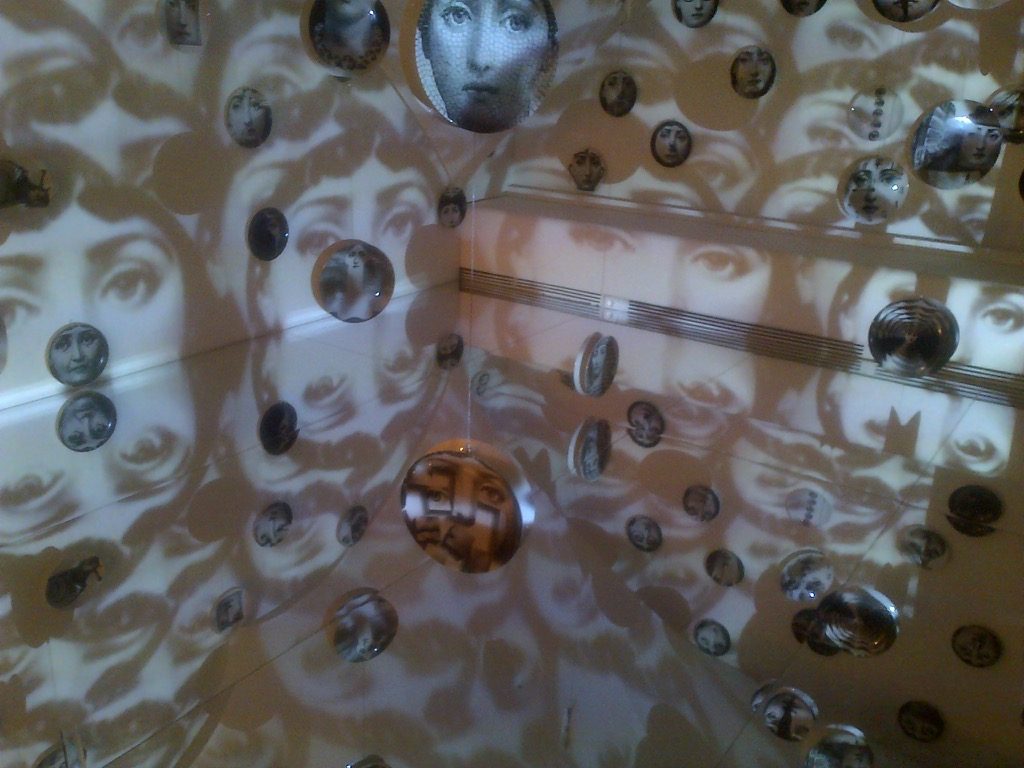 Plates are flying around the “pool” of mirrors

French lingerie designer Chantal Thomass was surrounded by « a million » Italian fashion journalists at the opening of Piero Fornasetti’s retrospective at the Musée des Arts Décoratifs. Barbara Baumel, who was for many years Guy Bourdin’s assistant and nannie, was laughing as always, with a group of very handsome men. And the atmosphere was electrical, as everyone was enjoying themselves in the midst of this bonified flea market filled by the designer’s lifelong creations. 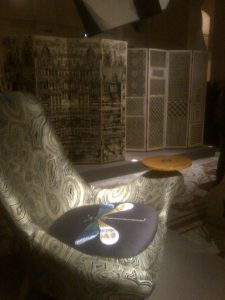 In short, you did not know where to look, such was the multiplicity of objects, decors, drawings, animals, cupboards filled with everything. Born in 1913, Fornasetti lived until 1988 and never stopped drawing-inventing-decorating-collecting. You all have seen at least one of his famous plates in black and white or his trompe l’œil screens. 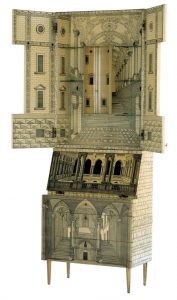 But I did not know he had designed a collection of umbrella stands in the 50’s, tea trays (all exhibited as tables in one large room), screens in all styles standing magnificently in the Grande Nef (grand nave). The multitude of little rooms showing the (very clean) bric à brac of his creations, culminated in what I will call the pool of mirrors, a delightful white room with plates hanging from the ceiling on translucid threads and reflecting in the mirrors below. A projection of luminous pictures of the plates gave the whole installation a magical look. And this is due to scenographer Giulio Abertazzi who has chic and imagination. 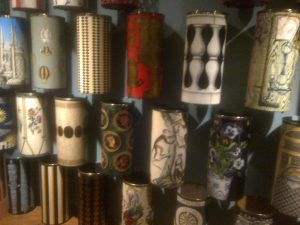 The umbrella stands were all hanging on the wall

Another room is filled bottom to ceiling with his paintings and drawings. A suite on a cruise boat, photos of his decors with architect Gio Ponti, all are very lively and for someone who died twenty five years ago, amazingly modern. As Natacha Fraser Cavassoni writes in the April issue of British Vogue, Parisians are not depressed anymore, and thanks to Fornasetti, they are laughing again ! (until June 14) 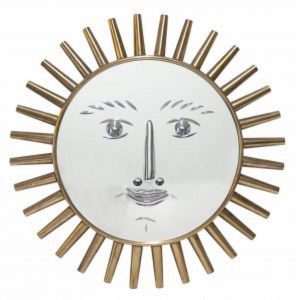