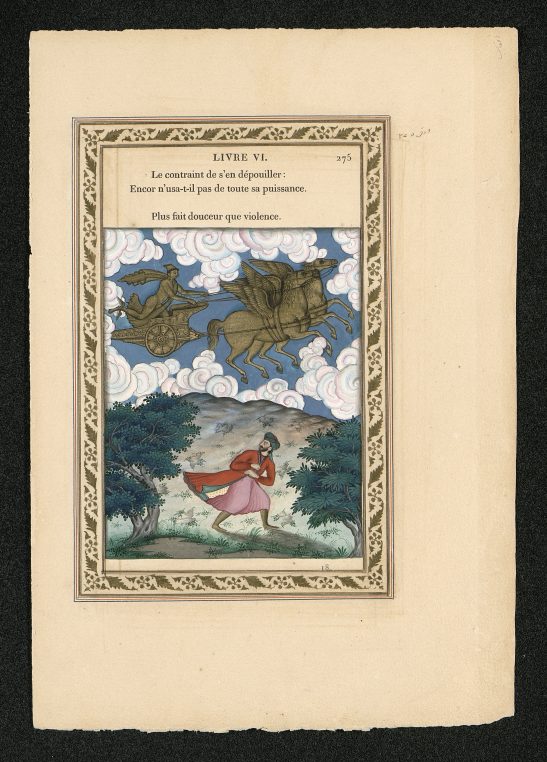 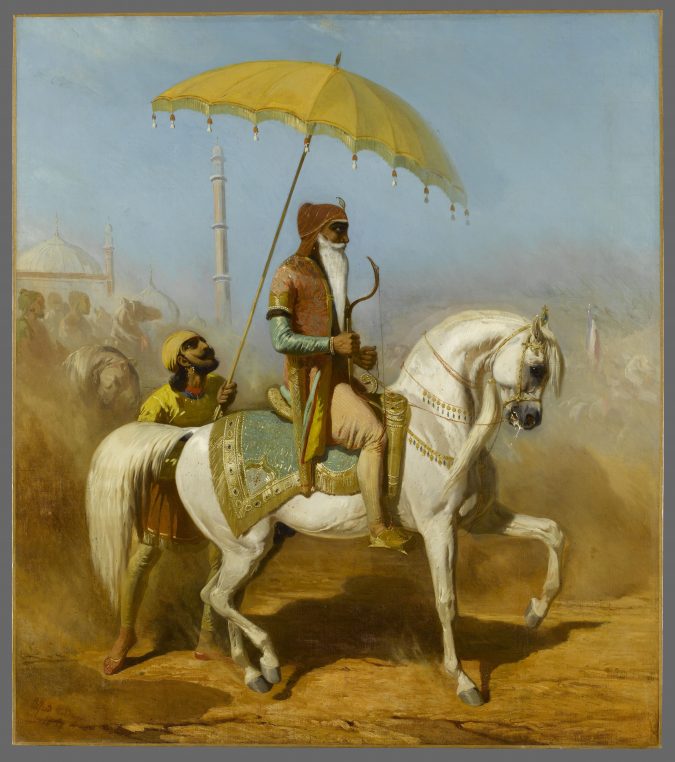 It’s a curious phenomenon that is shown at musée Guimet in the rotunda: a series of illustrations of Jean de La Fontaine‘s Fables, painted in the first half of the 19 th century by Imam Bakhsh at the Sikh court of Lahore, Punjab. “Oriental Fables” shows beautiful miniatures illustrating the Memoirs of General Court  (1793-1880) at the time when French and Italian officers, Jean François Allard and Jean Baptiste Ventura went to Lahore to train Ranjit Singh’s army. They had both fought for Napoleon and needed an escape plan when he was sent to Saint Hélène. 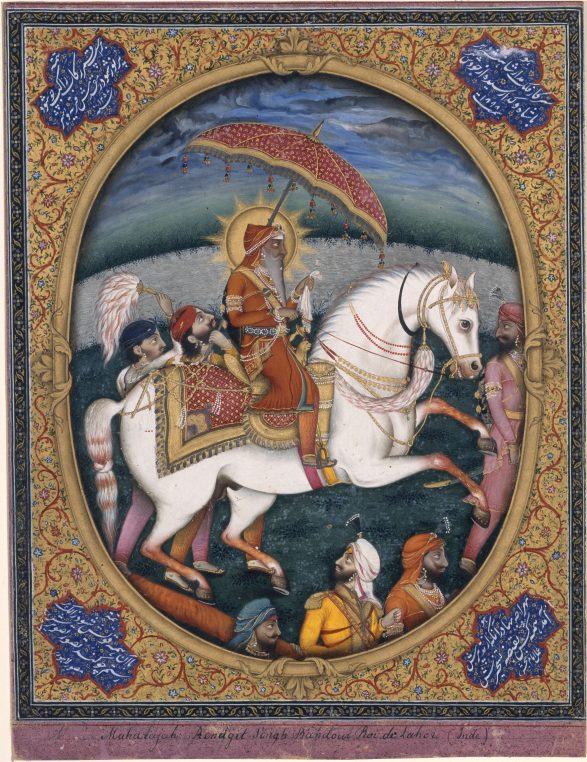 The beautiful illustrations that are revealed here show an interest for European culture which was appropriated by the Sikhs. Ranjit Singh ( 1780-1839) was made a Maharajah in 1801 after uniting Punjab. As a Sikh, he managed to run a country populated 95% of Muslims and Hinduists. He was a visionary and knew how to get help from European army men. But he also encouraged the arts and developed an amazing collection of miniature paintings due to Imam Bakhsh. The chief of protocol of the French Foreign office, Felix Feuillet de Conches, had asked Jean François Allard to take a sample of Fables de la Fontaine to Lahore and to get it illustrated. This is how the amazing paintings ended up at Musée Jean de La Fontaine in Château Thierry North East of Paris. 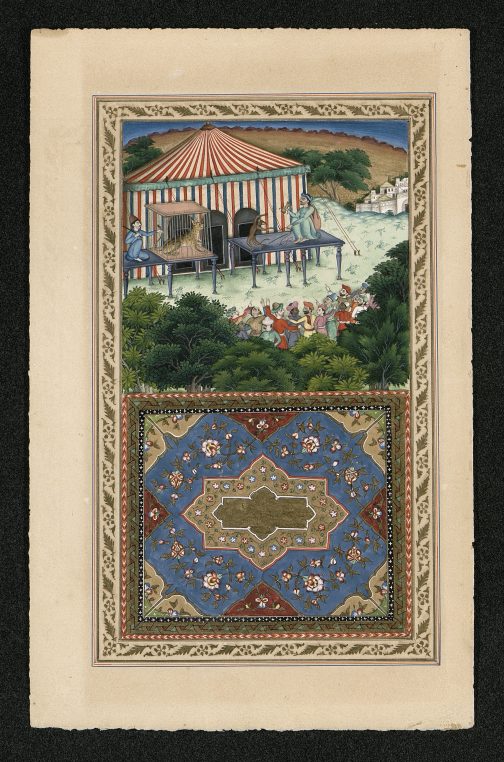 Jean de la Fontaine (1621-1695) wrote his fables under Louis XIV th and was very close to FOuquet the builder of Vaux le Vicomte.  It is fascinating to find out that a Maharajah who reigned in India would encourage such work. 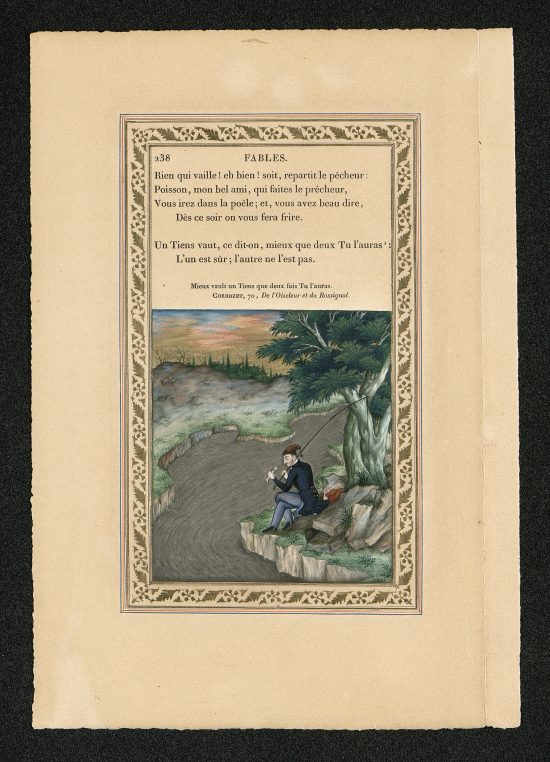 In another part of the museum the exhibition “Un firmament de porcelaines de la Chine à l’Europe” shows a fabulous collection of China imported from the East and of its European counterparts, Azulejos and Delftware which are kept at the French Embassy in Lisbon.  This is one of the exhibitions on the influence of China on our porcelains which precedes the great Meissen Chantilly show of October 2002 in Chantilly. 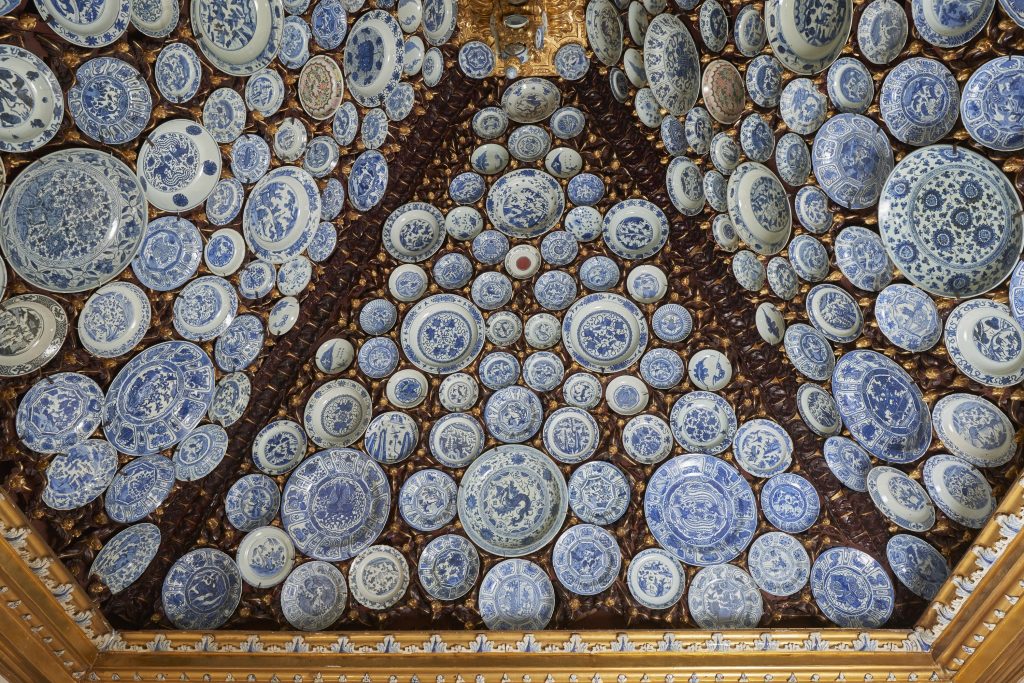 View of the 300 porcelains on the ceiling fo the Santos Palace in Lisbon seat of the French Embassy. © MNAAG, Paris / Thierry Ollivier

And don’t miss the Jean Baptiste Huynh’s photo exhibition (until May 20) on the lower floor of the museum.

Musée Guimet until May 27, for La Fontaine and  June 10 for the porcelain.