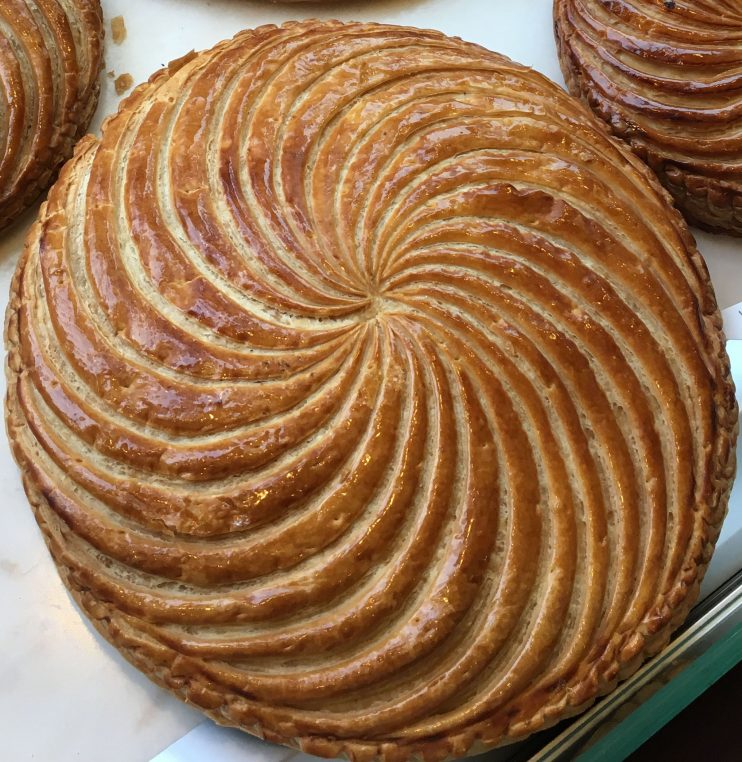 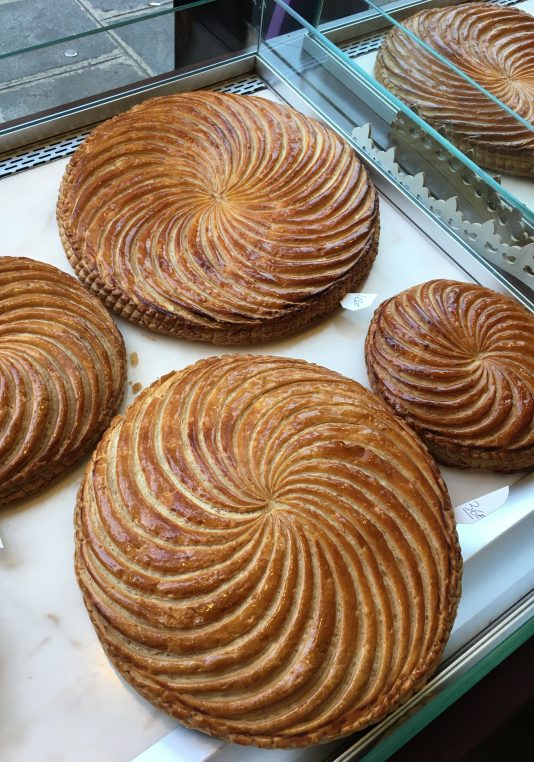 On January 6th, day of the Epiphany, when the Three Kings or Wise men visit Jesus in Bethlehem, everyone celebrates with a galette des rois, a pâte feuilletée cake filled with marzipan (almond cream). The youngest child in the family goes under the table and shouts out the names of the guests. One of them will get the portion with the “fève” a little porcelain decoration which entitles him or her to the crown. The King or Queen will then choose his mate. With the galette come two golden crowns and the celebrations tend to last all week. 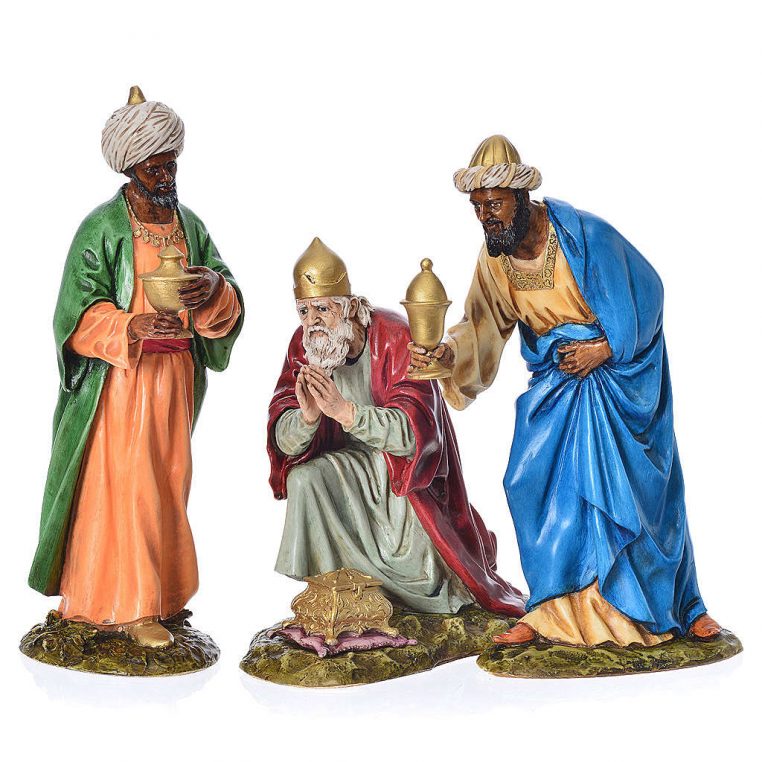 There are different versions with apple sauce or chocolate and the fancy pastry shops have their fève decorated by Christian Lacroix or other celebrities. They become collectibles. Last Sunday at my golf club, the very grown up golfers were all fighting for the last portion of galette and the pretty fève. It has remained in France a strong childhood family symbol, the last moment of the holidays celebrations. 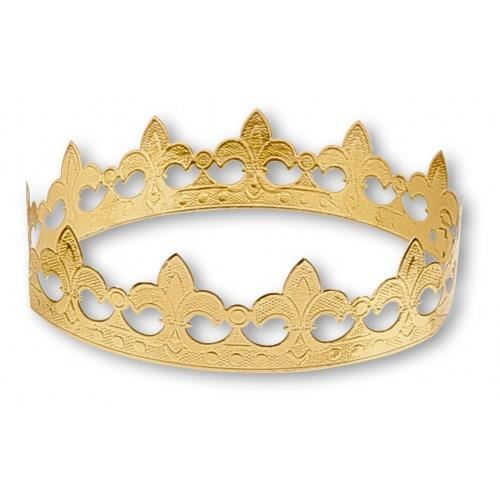 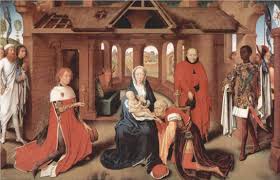 When the three kings, Melchior, Gaspard and Balthazar (the African King) visited Jesus from the Orient, they brought expensive presents such as gold, myrrh and incense. This is reported in St Matthew’s Gospel. The three kings have been extensively painted over the centuries and the works are often called “Adoration” like in this Memling painting owned by the Prado Museum. You can still enjoy the galette all week in Paris!