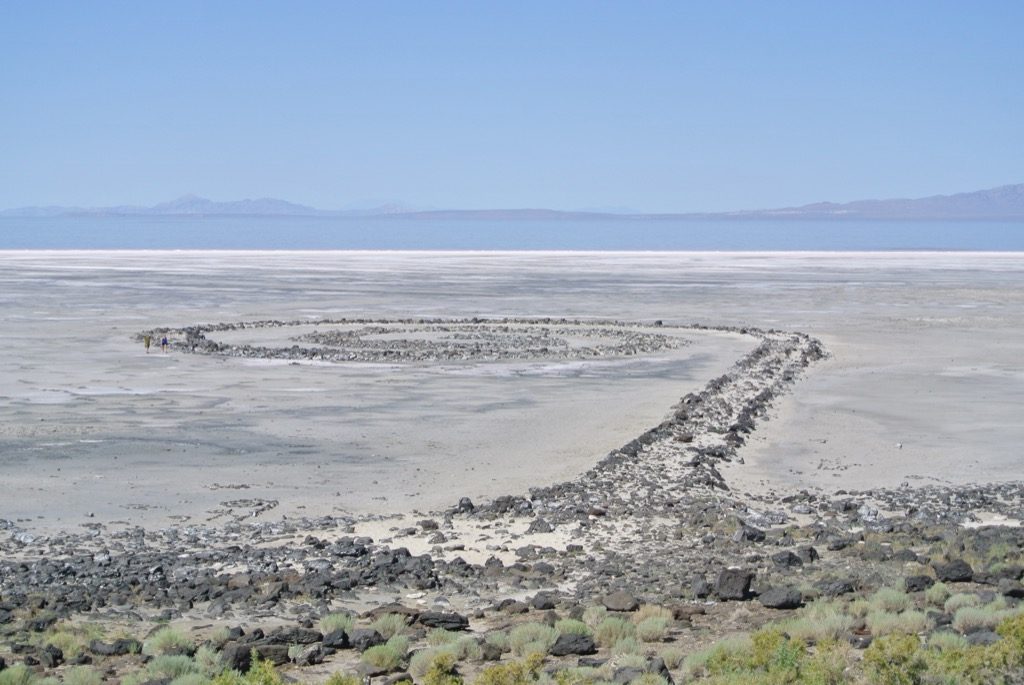 It all started with the desire of seeing Robert Smithson’s ” Spiral Jetty” on the Great Salt Lake, in Utah. This land art work is one of the “culture vulture’s” obligatory stops like Marfa, Texas or Naoshima island in Japan. So my architect friend Brigid and I, decided to spend some time in Salt Lake city and find out more about Mormons. 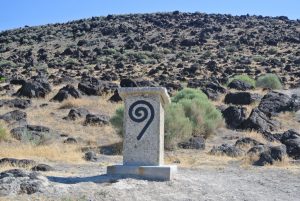 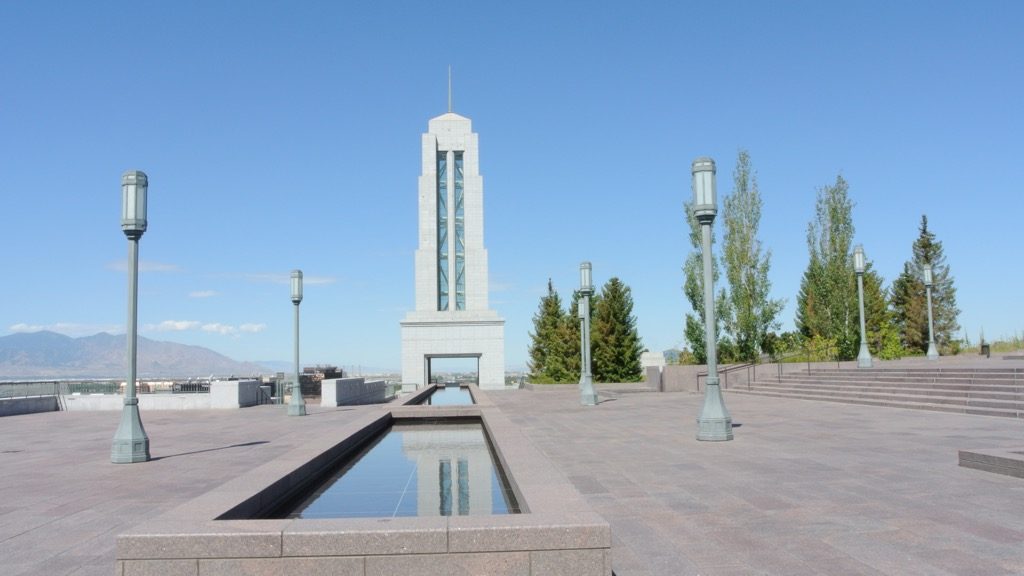 On top of Tabernacle, a view over the mountain range and a water garden reminded me of India

We were lucky enough to arrive on July 24 th, National Mormon day, and took part in the parade, where genealogical trees were taken around town. We also were blessed to be toured around Temple square by a brilliant guide and Whiffenpoof singer, Roger Thompson, meeting young boys who had beenon a mission around the world and spoke many languages.  The gigantism of both Temple and Tabernacle, a 21 000 people auditorium, interested us as much as the model of the Temple (non Mormons are not allowed inside) where the room representing paradise, looked like a ballroom in Versailles. 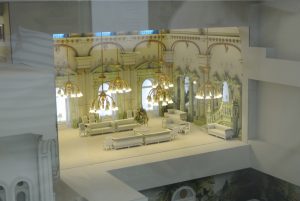 The last step in Temple, a room that represents Heaven.

Luscious gardens, canals and fountains, and an incredibly luxurious mall in the center of this small -by American standards- town, (180 000 inhabitants) impressed us immensely as much as the Zions bank and all the tall official buildings. Mormons are rich and like real estate.

Our side trip took us to Robert Redford’s Sundance village where none of the stars from the film festival were,(it takes place in January) but the beauty of the canyon was an inspiration in itself. The Creamery at Provo’s, Brigham Young University, where no tea nor coffee is to be found (Mormon religion oblige), was full of totally charming students who were just TOO NICE. 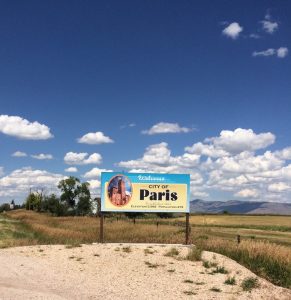 So it was with relief that we headed for the Spiral Jetty, 2 and half hour north of the city, near the Golden Spike historical site where Pacific rail and Atlantic rail merged, on May 10, 1869…
Noone on the desertic road to the jetty and only two cars there at the height of the tourist season. What a relief. This is not Mont St Michel!

The first impression is of total gloom for the blue lake has receded a mile away, and the pink salty surface is far. Facing us a group of black basalt rocks in a spiral, on muddy brown sand. 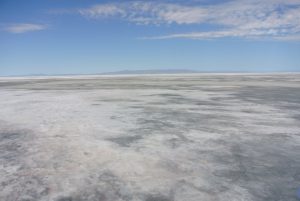 The water of the lake is far away but the pink salt is quite magic.

But little by little, the colors of the lake change for more purple and white, and poetry enters the scope. This was Robert Smithson’s major work in 1970, before his early death at 35. He inspired such great artists as Andy Goldsworthy. On the way out, we met a group of young hunters with their rifles chasing quails, we are in the West! 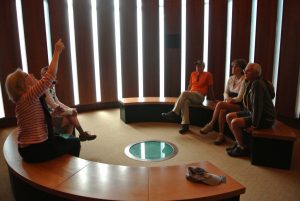 Another artistic surprise was awaiting us a few hundred miles further in Teton National Park, which we reached after having eaten the most pleasing raspberry shakes, soft ice creams really, on Bear Lake, Idaho… In Jackson Hole, the Laurance Rockefeller Preservation park and its Japanese looking information center was a soothing experience. Water fountains copied on Japanese bamboo ones, and the peaceful sound room with birds and waterfall sounds, reminded me of the Rothko chapel in Houston. 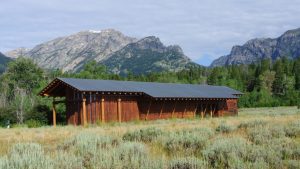 THe Laurance Rockefeller conservation park has a Japanese feel

Some of these rich families know how to do things properly! 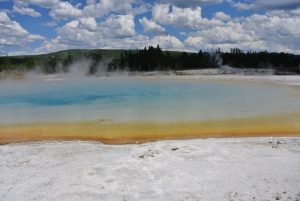 To complete this artistico-sporty adventure, we passed the geysers in Yellowstone and fell over the colors of the sulfur sources. Nature was competing with art and watching the rising hot springs emerge everywhere was very playful. I had forgotten how large and surprising, American landscapes are…..

3 Comments on “Land Art in Utah”