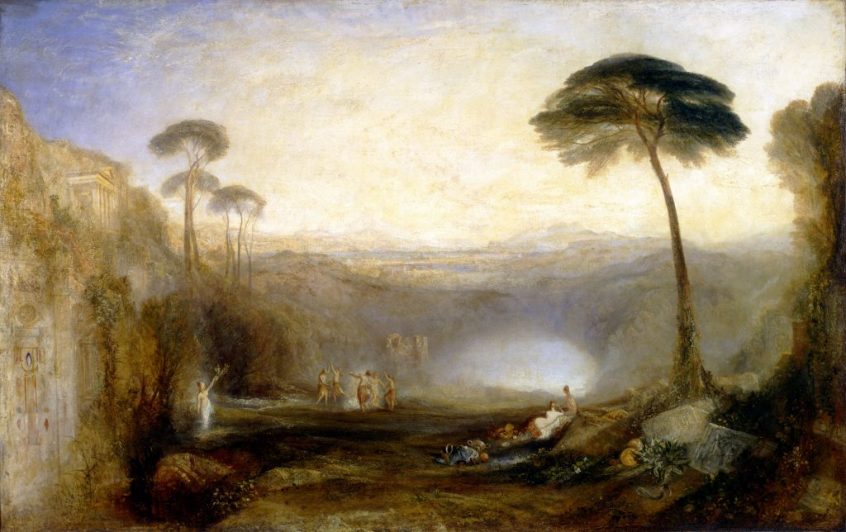 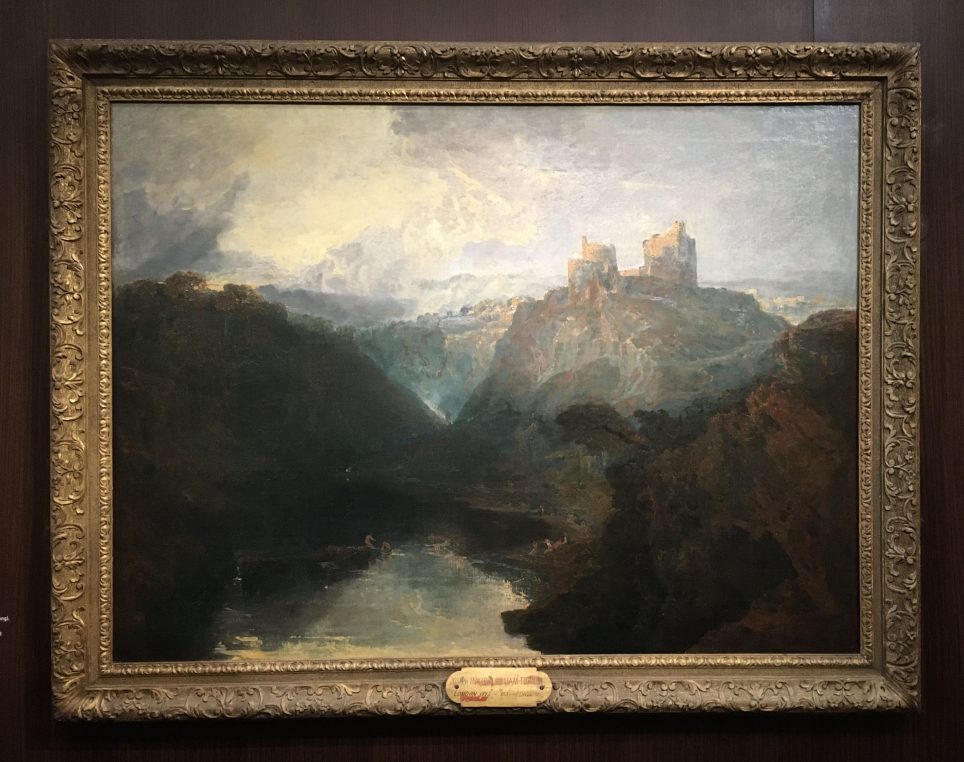 Hélène Rodocanachi was the anti heroin of the week. She could not go out and celebrate her 105 th birthday with children (Annick, Josselin and Olivier de Rohan) and stepchildren and was locked up in her retirement home in the Trocadero! This amazing lady lived through two World Wars with her first husband Duc de Rohan, an athlete and 80 m sprinter, who caught polio at a young age. After he died, she married André Rodocanachi, a French diplomat who took her to a posting in Venezuela in her sixties. She still goes to all museum exhibitions and was looking forward  to the opening of the Turner show at Musée Jacquemart André, curated by David Blayney Brown which is sadly closed until better times. 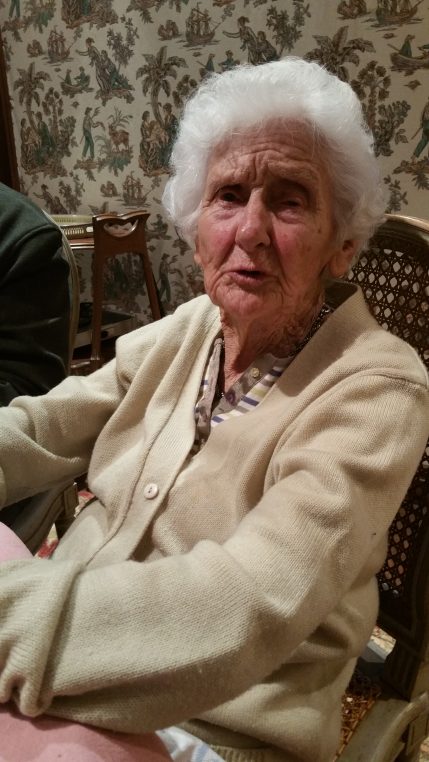 The show assembles a group of ten oil paintings and sixty watercolors lent by the Tate.  I was struck by how his oil paintings take after the smaller watercolors, which one can look at from close up, and how the light in each landscape has a translucide effect. What is particularly amusing for us French tourists is to see the artist’s choice of landscapes. Norham castle on the river Tweed, Bamburgh in Northumberland, Stourhead, Caernarvon in Wales, Arundel Castle, Kilgarren in Pembrokeshire, Harlech Castle, Land’s End in Cornwall, the Abbey of Jumièges in France and Louviers, a little known town in Normandy. The extraordinary painting of “The Golden Bough” based on the Enaeid, is shown in a smaller room. (until July 20) 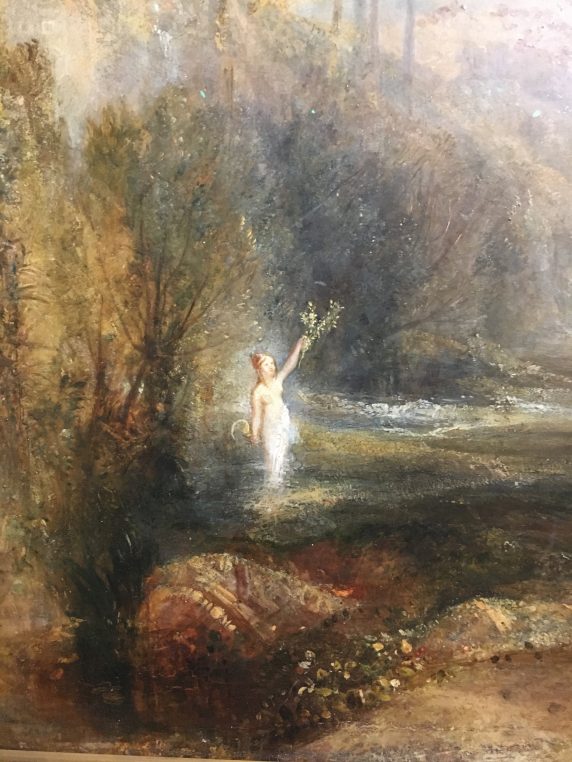 The Golden Bough, 1834, (detail) is inspired by the Eneid. The golden bough will allow Eneas and his father Anchises to pass the Styx

I could not visit the Christo exhibition at Centre Pompidou since the opening was planned on Monday this week. I hope that Sophie Duplaix, the curator of the show, will put a video of the exhibition online? The artist had not travelled from New York but the few privileged people who saw the show, loved it. The positive news is that the wrapping of the Arc de Triomphe was postponed a year ago, to September 19 th, at which point we all hope things will have become normal again. And the catalog is ready with an article by Laure Martin on her long time work relationship with Christo. 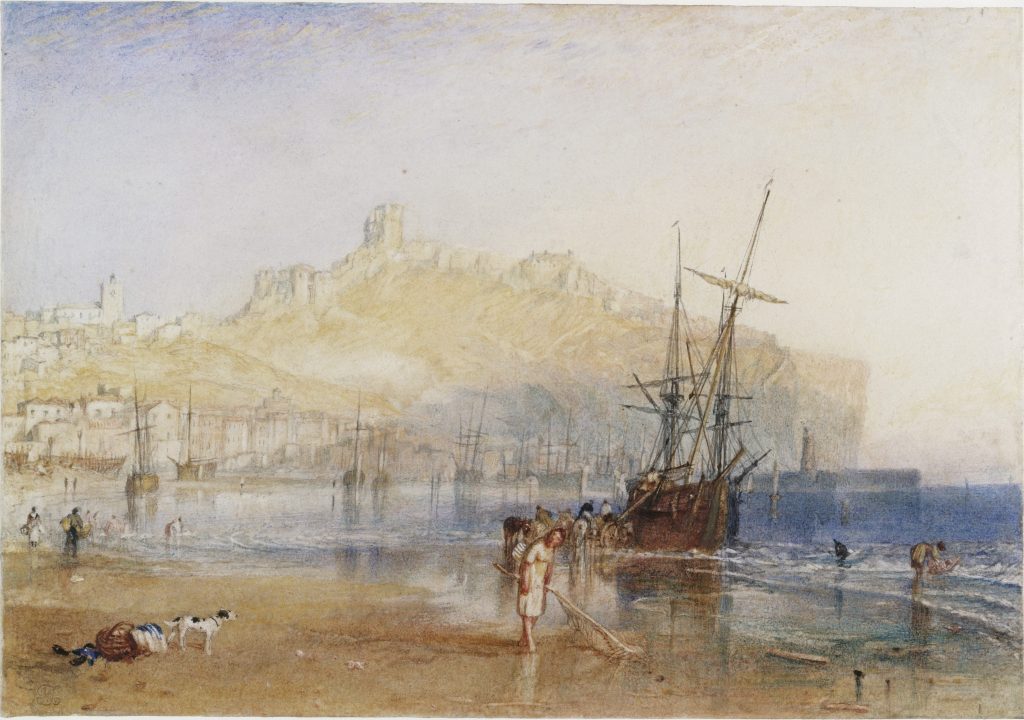 The phone has not stopped ringing on this Monday morning: Italian friends give us tips because they are two weeks ahead of us in the confinement experience. English friends, who are still free to go to the hairdresser and swim at their clubs, ask us “how is it in Paris?” The saddest thing is that all cafés and restaurants are closed. There is a line at Monoprix to buy food. Bachelors are stuck home alone. Large families are stuck home and fight. One predicts a large number of births in nine months, like after the New York black out!

We still have books and this is what will save us! 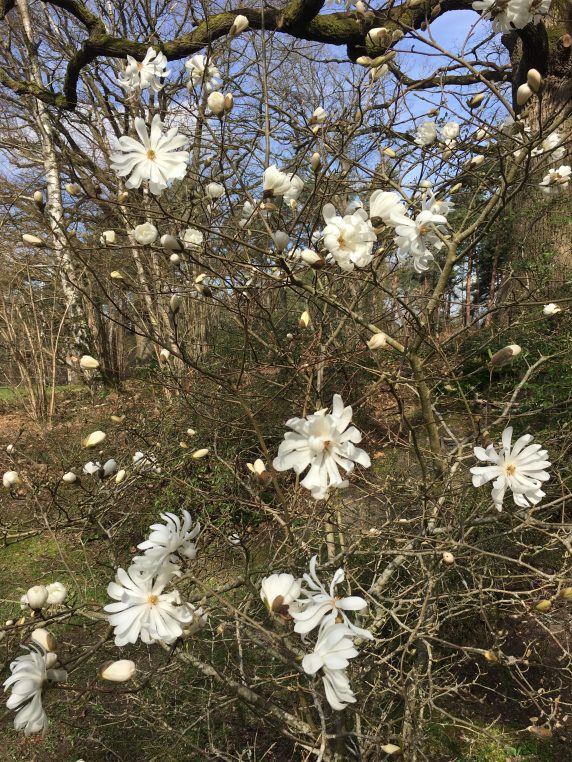 The magnolias stellata are out

Since we cannot socialize nor visit any cultural institutions anymore, let’s read a lot and listen to music.

Everyone in France who has a country house seems to have fled Paris. I will try to keep you abreast with the latest blooming of my rhododendrons and camelias… Once again, nature is the only element which is still free to grow and prosper…

12 Comments on “Latest pleasures from Paris in these odd times”