With just 70 paintings of the Seicenti in Rome, the clever and dynamic director of le Petit Palais, Christophe Leribault, has managed to take over the Paris exhibition scene. And for this successful adventure he hired Pier Luigi Pizzi, whom we are most accustomed to seeing on opera stages. The result is spectacular.

“The fight” by Theodoor Rombouts came from Copenhagen

Imagine a Roman palazzo with its 15 foot high ceilings, walls covered in red and purprle moire. Mirrors everywhere make you believe that the rooms lead to many other salons (visitors on opening night kept on bumping into the mirrors !) and hanging on these sumptuous walls, are paintings of « Vice and Destitution in Rome » by Simon Vouet, Nicolas Tournier, Bartolomeo Manfredi, Salvator Rosa, Pieter van Laer and Jan Miel…
Conceived by Annick Lemoine at the Villa Medicis in Rome and added on by the Paris team, this exhibition shows the contrast between lavish papal Seicento and more lively popular scenes.

In Nicolas Régnier’s, “The naughty trick”, the servant lights tobacco under the nose of the sleeping customer.

Whether Flemish, French or Italian, the artists enjoyed painting street and cabarets scenes, including musicians, card players, witches and adepts of Bacchus. For there was a secret club called «Bentvueghels» which means the band of birds in Flemish, of artists who enjoyed getting very drunk when they admitted new members.

The first hall is breathtaking with a long gallery lined by enlarged engravings of Rome’s churches and palaces. Casts of Greek statues from the Louvre pace the room. And lateral rooms painted in warm brick pink and celadon green, give strength to the paintings which come out beautifully. As you know, simplicity is always the hardest thing to achieve. Bas fonds du Baroque (Baroque Underground) runs until the 24 th of May. 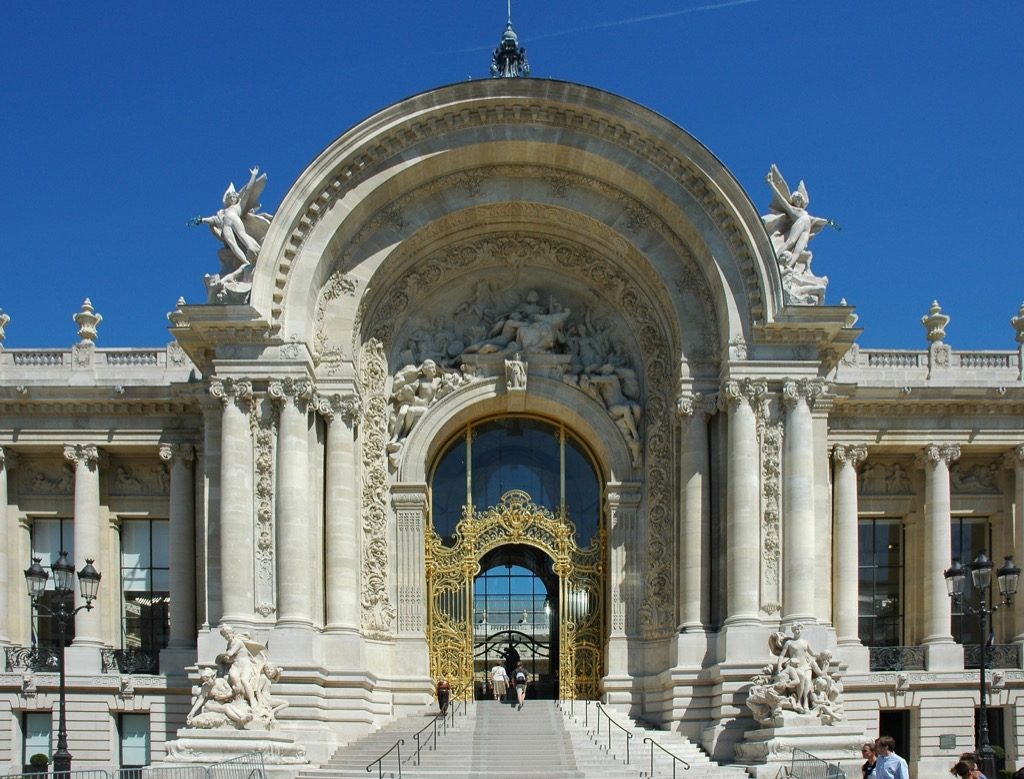 4 Comments on “Le Petit Palais is not little anymore”