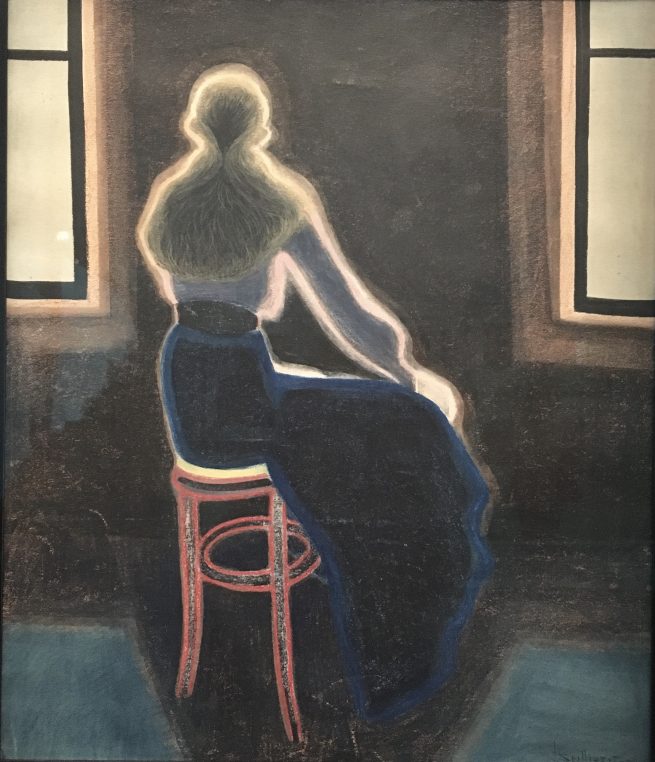 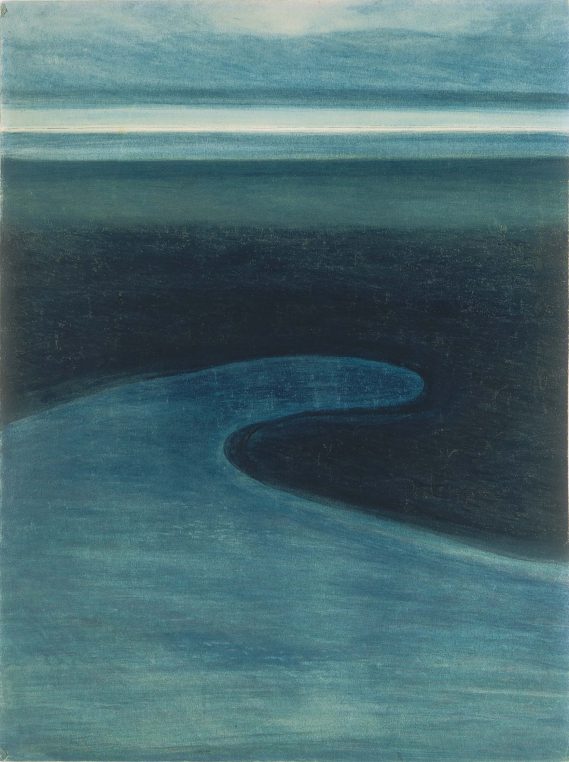 How does the city you live in, influence your art and in this case, how did Ostend, the Belgian beach and harbor on the North Sea, influence Léon Spilliaert‘s moods. The three room exhibition on the Flemish artist at Musée d’Orsay is a little jewel. His use of Indian ink and pastel gras on paper is astonishing and the way he introduces Geometric Abstraction in his landscapes is particularly attractive. Spilliaert (1881-1946) is rarely exhibited and the subtitle of the show: “Light and Solitude” could make the visitor fear for a sad show with these 90 works from 1900 to 1919. It is the reverse. The passionate quest of the artist to represent the dark elements of life, becomes fascinating and intense and some paintings are also reminiscent of Edvard Munch. 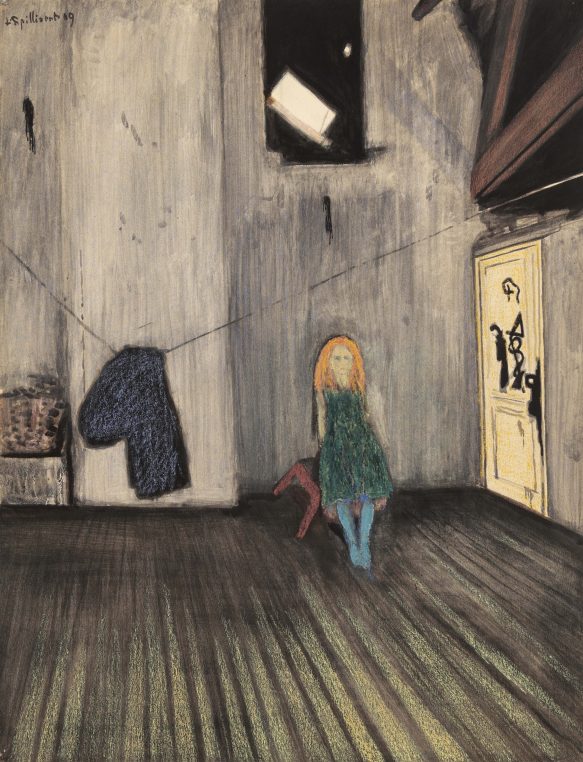 The two most striking works for me are probably, “Sea at Low tide”, an abstract watercolor and ink lavis and “All alone”, the portrait of a young girl with red hair in an empty room with an overwhelming striped wooden floor painted at 28. Space and loneliness are apparent everywhere and a self-portrait lent by the Metropolitan Museum represents him in full dark spirits among many more self-portraits. He indulges in painting individual shadows of walkers and never depicts the social life in Ostend, which was one of the favorite resorts under King Leopold II. 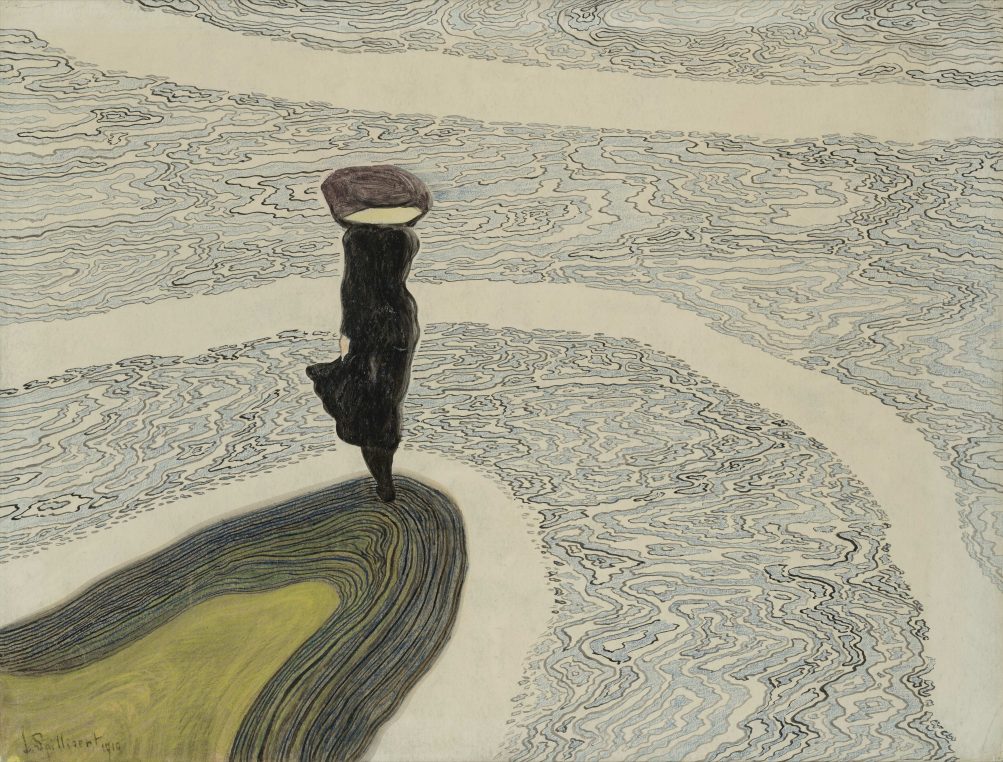 Instead, he goes for empty beaches and wind swept landscapes which are typical of this northern harbor. There is a harshness due to the climate that you find in his paintings and his desincarnated, ghostlike characters add to the drama. He was very literary, worked with publisher Edmond Deman when he was young, and read Maurice Maeterlinck and Emile Verhaeren’s poems, whose books he would illustrate in 1903. But also Edgar Allan Poe and Nietsche and mystics like St Teresa of Avila. 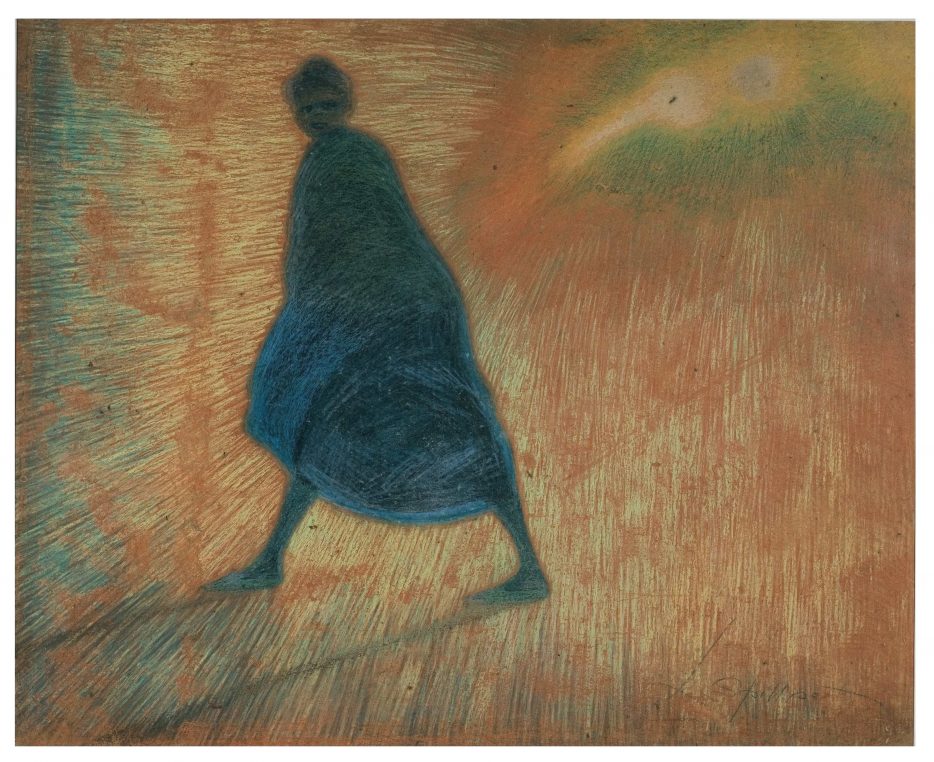 He will spend some time in Brussels in 1917,  when his daughter is born, and return to Ostend where he rented a studio on the harbor. When finally returning toBrussels he 1935, he discovers the attraction of the forest and the theme of trees which he concentrates on. A few night scenes with reflections of light and the moon are almost abstract and the representation of a moving woman in “October evening” is very unusual. It is considered as a work influenced by futurism. 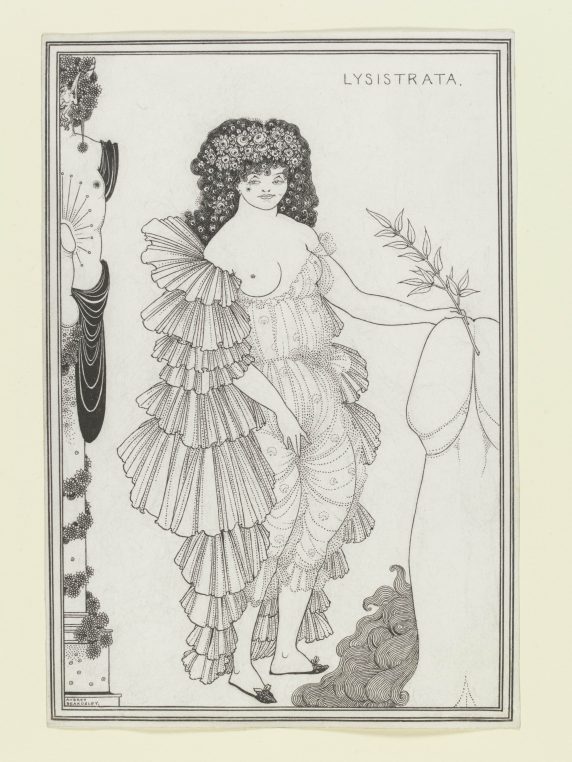 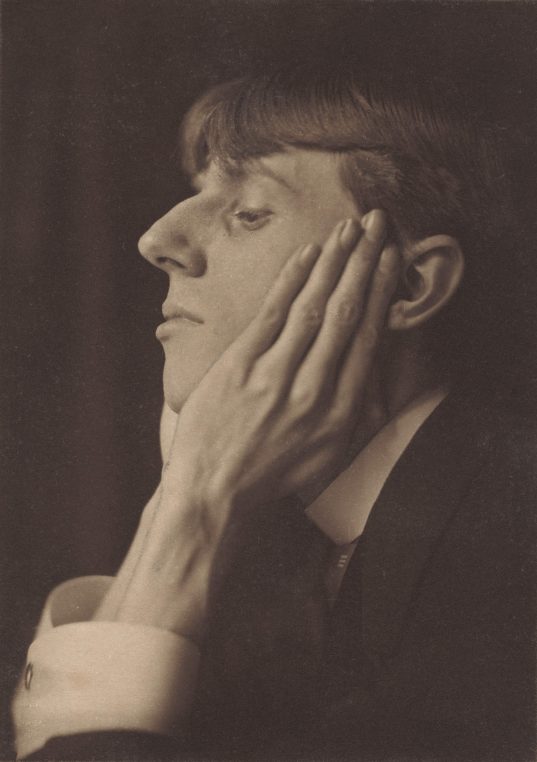