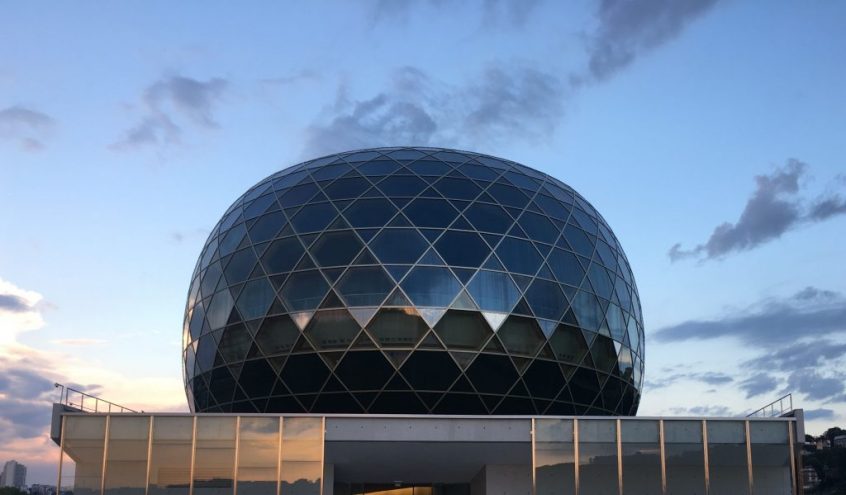 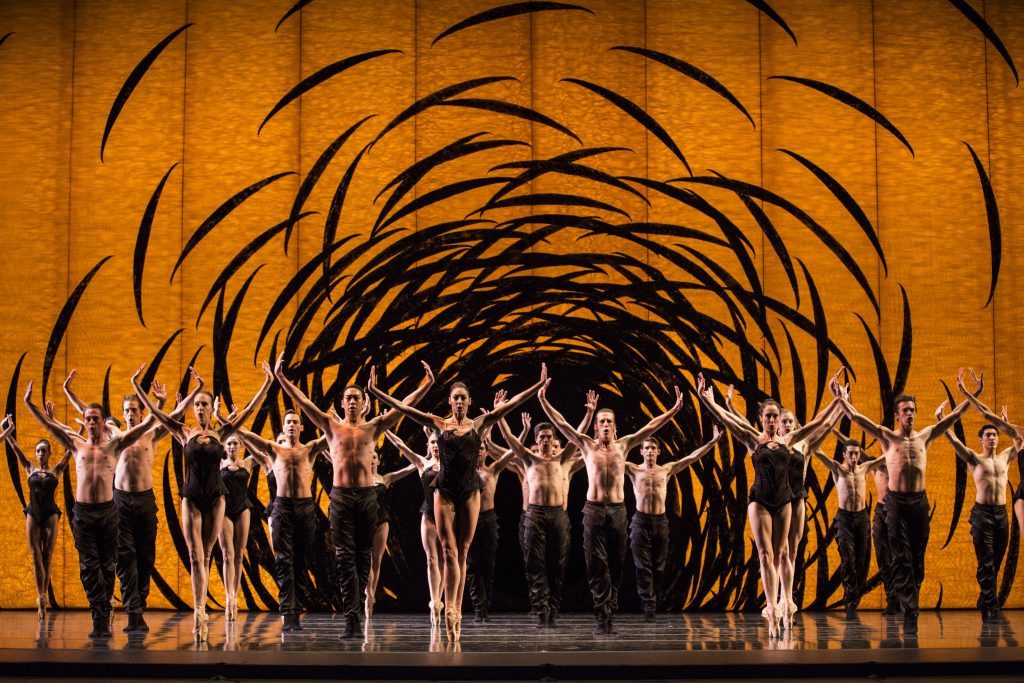 It was my first visit to the Seine Musicale, the large concert hall built by Shigeru Ban and Jean de Gastines on Ile Seguin in Boulogne and the occasion was a performance of the Pacific Northwest Ballet from Seattle. A large contingent of West coast benefactors made this evening very special as did my discovery of the new stage of the west of Paris. Out of 2 000 spectators only three men wore a tie and they were American. Popular culture is hot in Paris! 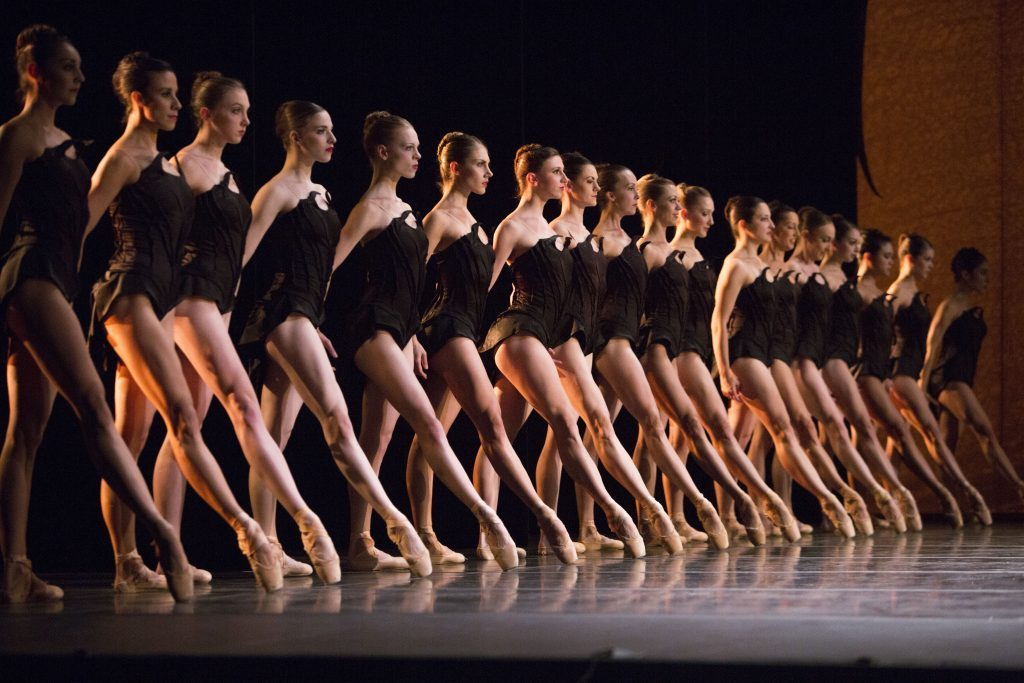 The drive to Boulogne was only forty minutes from the Concorde and parking is easy on the quay. On this hot July evening, it was a delight to cross the Seine on the pretty bridge and slowly advance towards the building designed by  Shigeru Ban. It’s only once inside that one felt totally depressed. The large public areas are reminiscent of an empty airport and the concert hall is a black disaster with sloppy curtains cutting off whole areas conceived for 4 500 spectaotrs of rock music or musicals rather than for ballet. 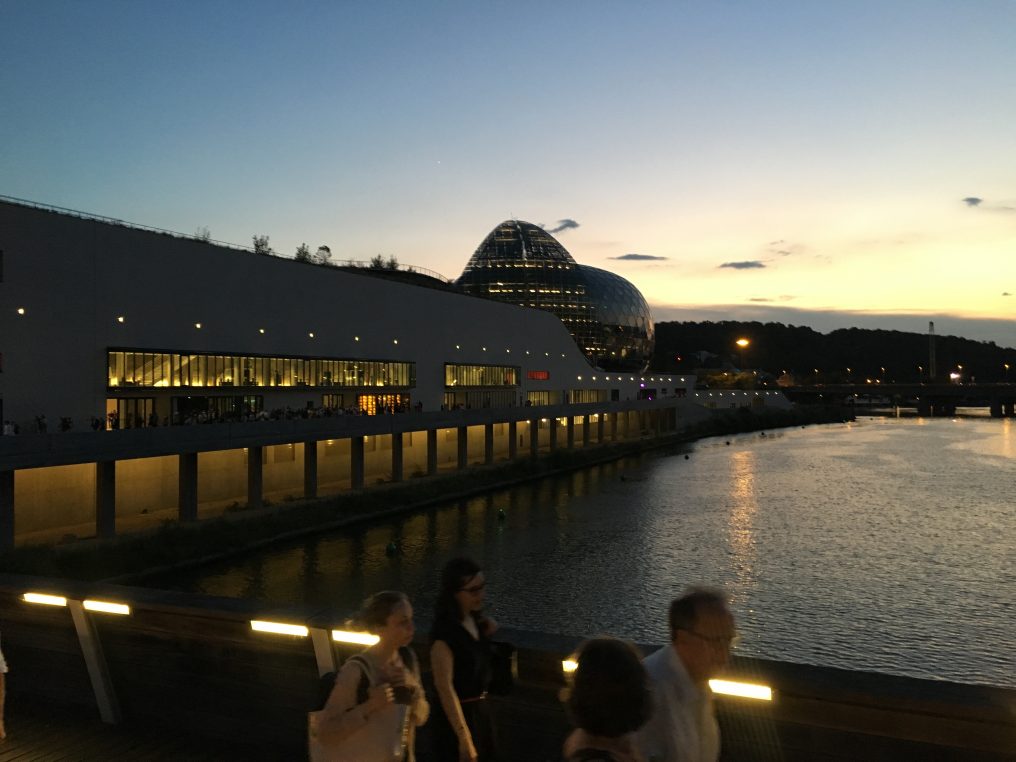 We were sitting on row 11 just behind the American group of Seattle fans and could hardly see the stage, so large is the hall an so dark the lighting… That did not help for the three first pieces selected by the ballet to be danced in Paris. But it was worth waiting for after the intermission to discover the wonderful piece by Canadian choreographer Crystal Pite, a dancer trained with Ballet British Columbia and  William Forsythe and a permanent associate of the Nederlands Dans Theater. 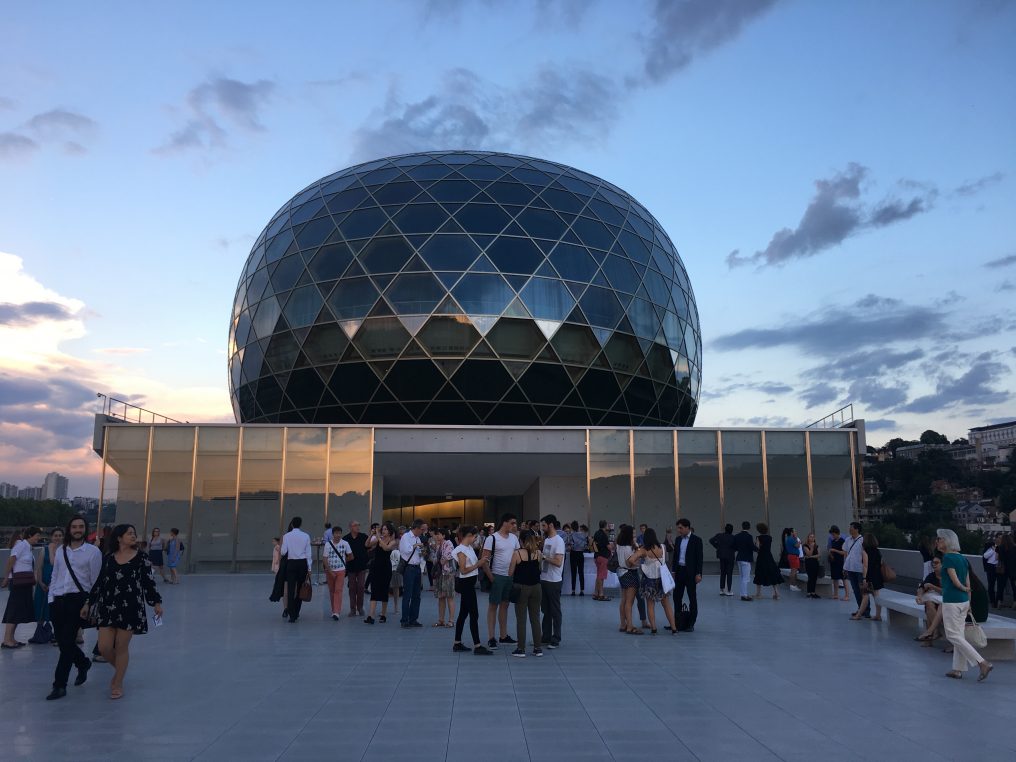 Thirty eight dancers on stage on Owen Bolton’s music evolved in a decor by Jay Gower Taylor,  a former dancer turned designer, and Pite’s partner and father of her son Nico. They will be in Bordeaux at the Grand Théâtre in February 2019.  Thirty minutes of pure aesthetical pleasure and fantastic leg work… Suddenly I forgot all about the horrible place I was unconfortably sitting in and started dreaming about art again. 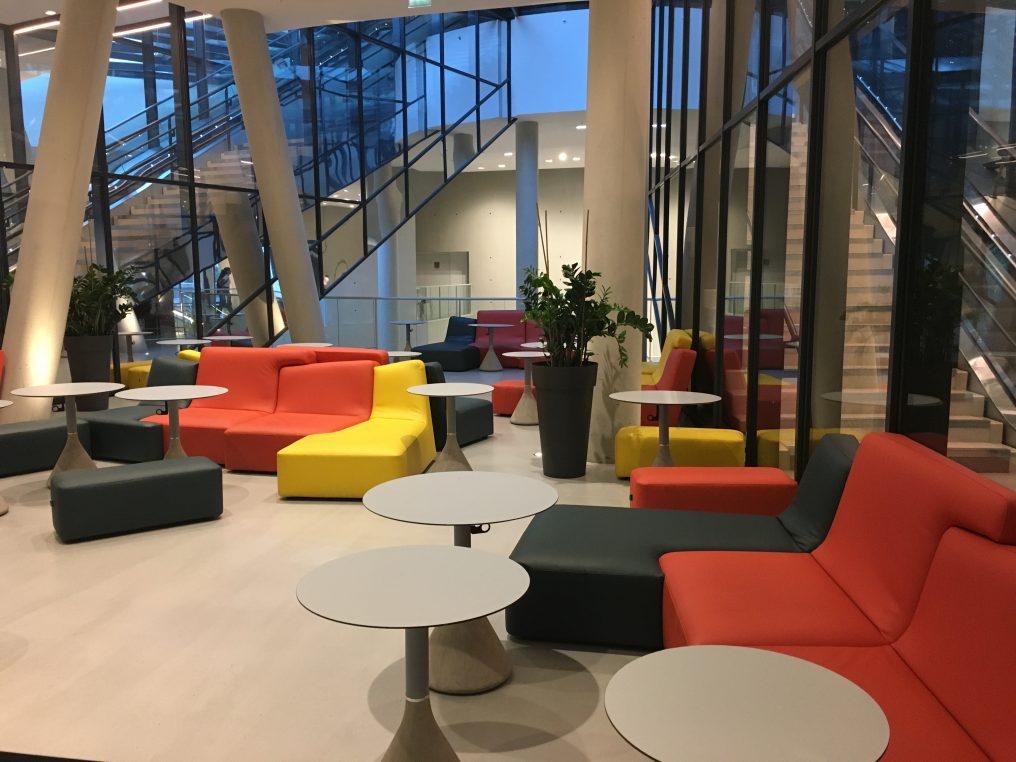 Les “Etés de la danse” were celebrating their fourteenth season in Paris and paid a special tribute this year to Jerome Robbins for the 100 th anniversary of his birth. Presided by Marina de Brantes and her daughter Pia,  it presented five ballet companies this year, the New York City ballet, the Joffrey ballet, the Miami City ballet, the Perm Opera ballet from Russia and the Pacific Northwest ballet run by Peter Boal, a close friend of Jerome Robbins. 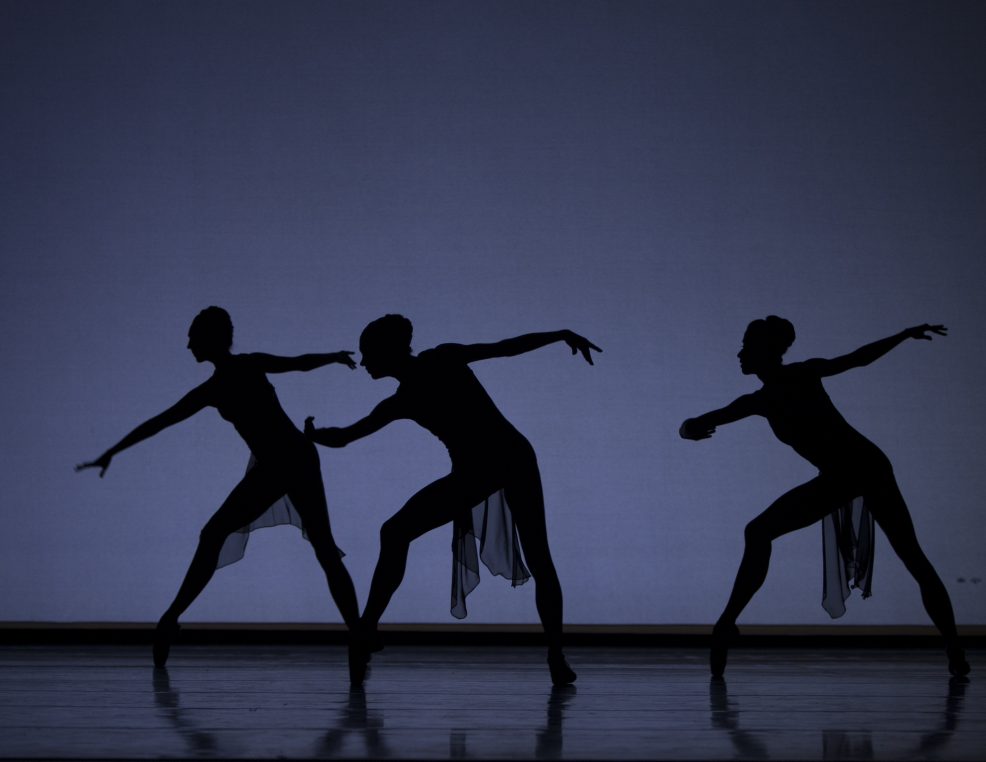 This fall the Seine Musicale will be featuring: Bartabas horses dancing on Stravinsky ‘s Sacre du Printemps (Sept 21-26) and in the smaller auditorium, Laurence Equilbey’s Insula orchestra in Bach, Purcell and Mendelsohn from September 26-29.