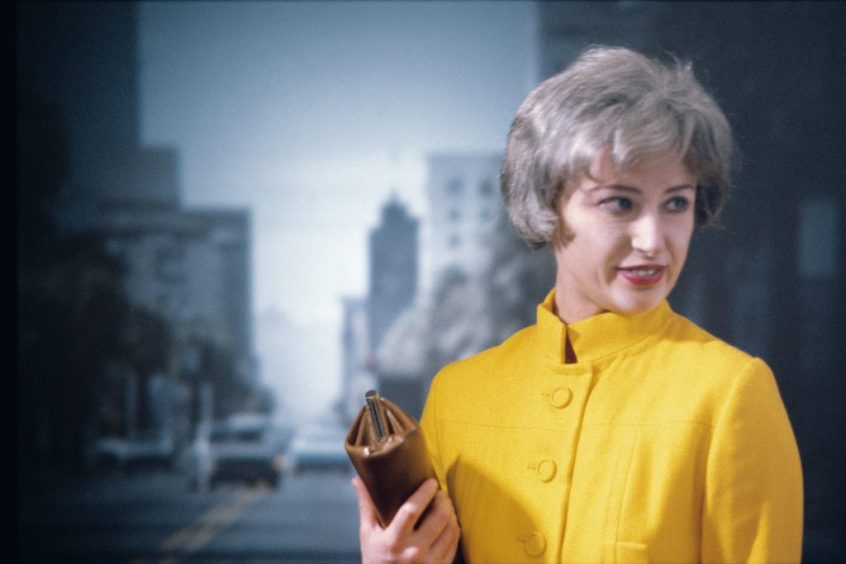 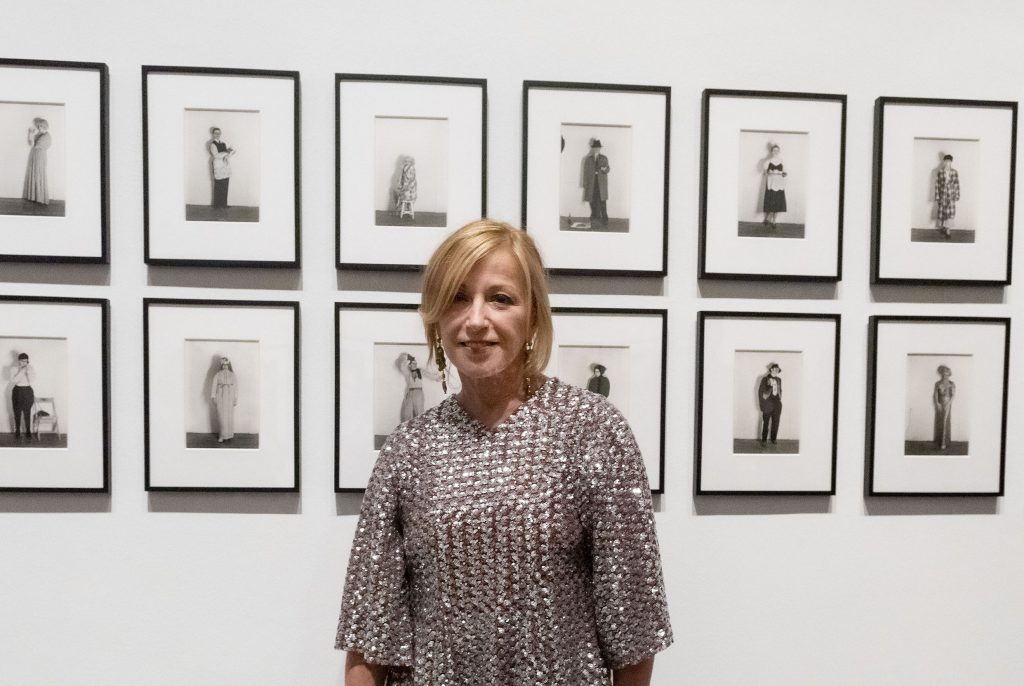 Cindy Sherman in front of her early works, “Murder Mystery People” in June at the National Portrait gallery

While the whole of literary London gathered around charming historian Philip Mansel at the French Institute for his talk on his remarkable new biography of Louis XIV, “King of the World”, and art collectors and dealers (like Alexis Kugel) were at Christie’s bidding for the Rothschild treasures with its exceptional Flemish cabinets, polychrome enamel plaques by Léonard Limosin and rock crystal caskets which sold for three times the estimate, I went to see Cindy Sherman‘s outstanding retrospective at the National Portrait gallery and Leonardo’s drawings at the Queen’s gallery in Buckingham palace. London under the sun has no equivalent. 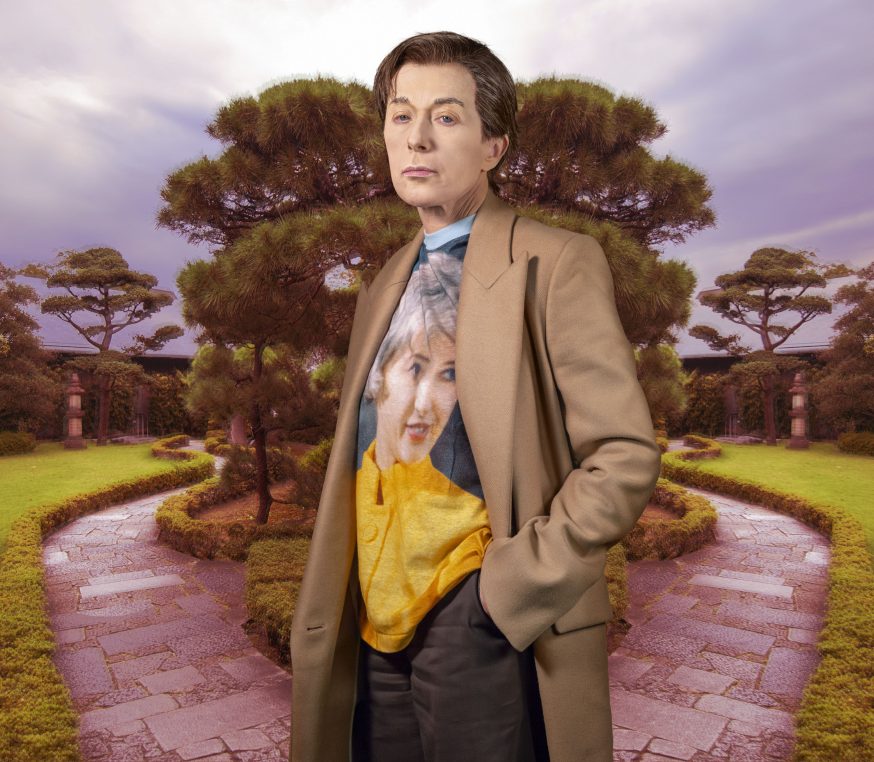 Untitled #602 by Cindy Sherman, 2019. Courtesy of the artist and Metro Pictures, New York

I don’t particularly like Cindy Sherman‘s obsession with herself but I have to admit that the very large retrospective of her photographs at the National Portrait gallery ranks among the best exhibitions I have seen recently. It is a constant surprise. And her propensity at disguising herself is unique. Her early work in black and white in 1975 at State university College at Buffalo, where she is constantly in search of an alter ego, is already fascinating and includes an animated film with a cut out doll representing her. Hilarious!

One starts the exhibition with “Flappers”, very recent (2016) photographs devoted to young women who emerged after the First World War. Their liberated sensuality contrasted with the then norms of femininity.  The photographer  is inspired by 1920’s silent films and appears in a succession of fictitious roles. She also later in the show portrays herself wearing Prada, Marc Jacobs, Gucci and Chanel fashion for Harper’s Bazaar, repeating an experience she had as early as 1993. 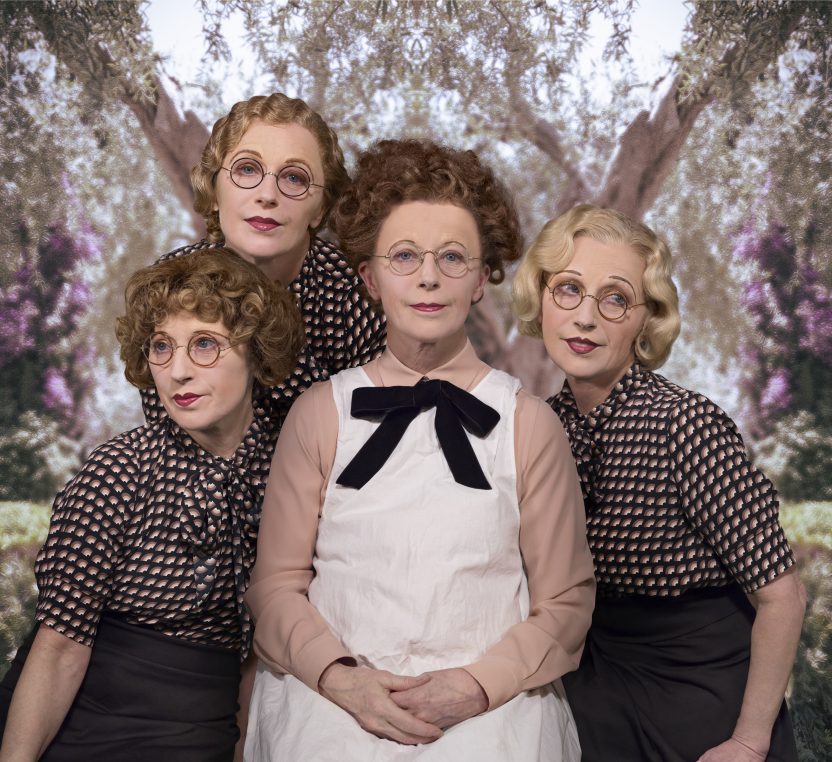 Sherman has always invented looks for herself, she has also developed fictitious parts  and “Murder Mystery” is probably the most achieved of these, with thirteen characters (all played by her) in an 82 scene play. Detective, butler, maid, suspects, she photographs herself in black and white between 1976 and 2000, performing all parts.  She also shows  the process of transforming her appearance in a set of 23 colored gelatin prints in 1975. 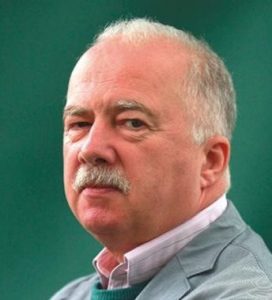 Philip Mansel is publishing “King of the World”, a new vision of Louis XIV

A series of magazine covers  in “Cover Girls”, fashion photographs of “Really ugly” as they appeared in Vogue Paris, society portraits,  and Chanel 2010/12 all convey her dark sense of humour and critics of society. In a hidden last room, some sex pictures shot with dolls are close to surrealism. The show is so consistent over the years and full of pictures I had never seen, that it is a must for anyone who likes photography. (Until September 15)

The Leonardo show of drawings at the Queen’s gallery is of course unique. With more than 200 works, it is curated by Martin Clayton, Head of Prints and Drawings, and includes an audioguide with technical explanations of the master’s style.

No one owns so many works by the painter whose 500 th anniversary of the death is celebrated this year all around France and Italy. The Louvre is having a major show in the fall and you should already book.

Philip Mansel’s biography of Louis XIV is the perfect summer present for your hosts in Long Island or in Provence. I will review it here later.

All summer, Buckingham is open to the public while the Queen is away. Do not miss this opportunity to visit if you are in London and check out the gift shop which sells crested children pyjamas and Royal teas… 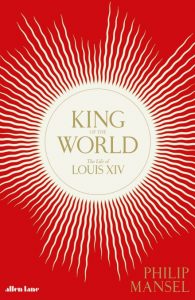 Philip Mansel’s “King of the World”, is published by Allen Lane

The sunny atmosphere in London gave everyone a nice respite from the Brexit tension and the heavy traffic showed that the British capital has not lost any of its energy.

Cindy Sherman is until September 15 at the National Portrait Gallery. Leonardo drawings until October 13 at the Queens Gallery. Philip Mansel, “King of the World”, Allen Lane publishers.