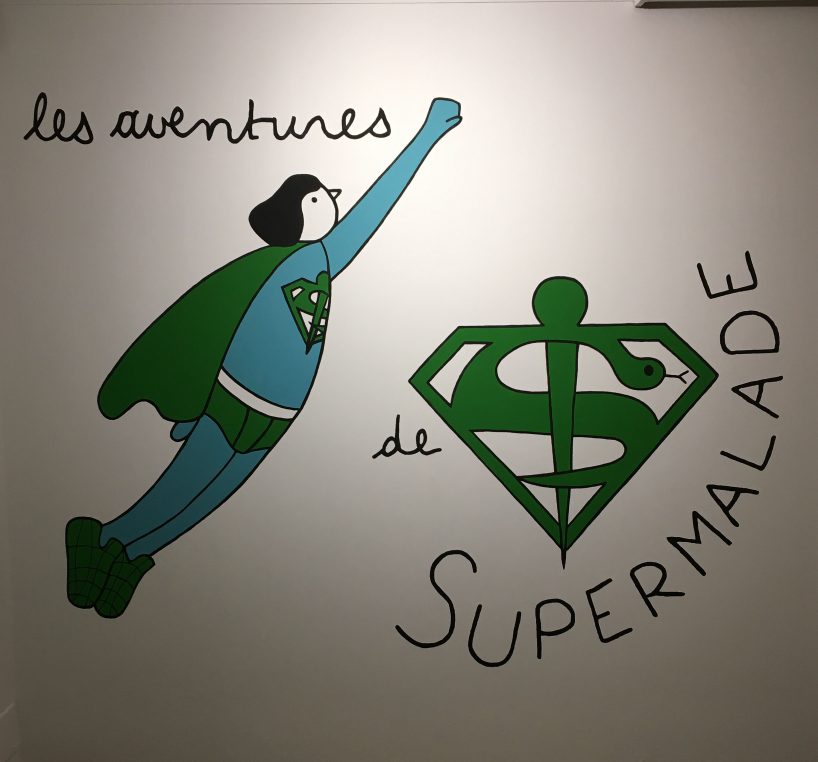 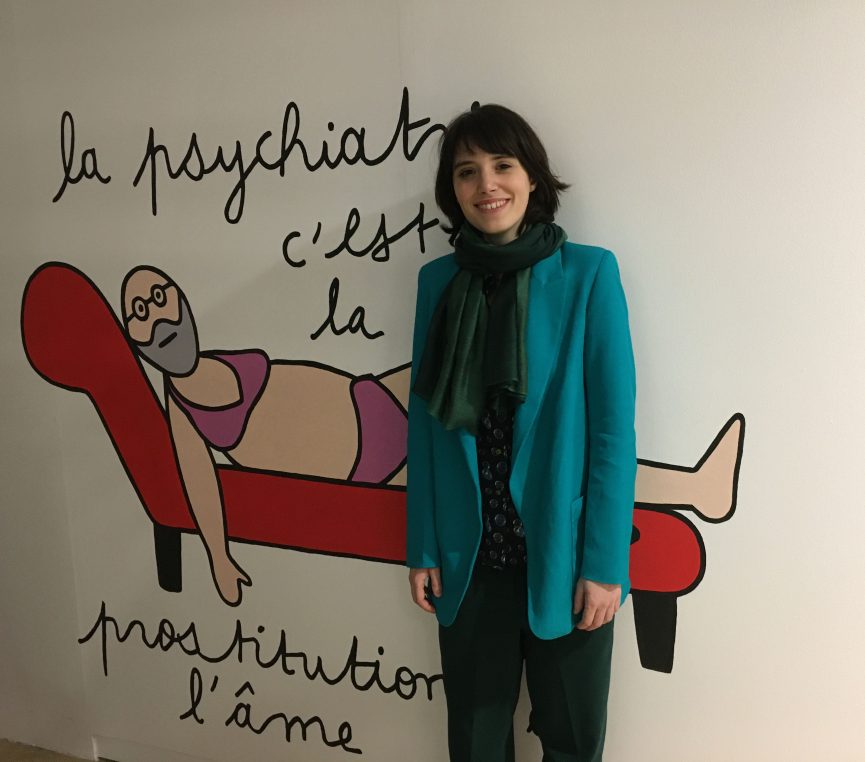 I could not have been been happier than to celebrate this week, the fifth anniversary of Parisdiarybylaure with the same artist, Louise Pressager, who inaugurated the blog on January 21 2015. It is a beautiful coïncidence that her new show at Maison des Arts de Malakoff, opened last Tuesday (until April 5). And this time the size is at the height of her talent: “Vous êtes l’heure je suis le lieu” (you are the time I am the place), includes seven videos, many drawings and frescos, and songs that she wrote and performs with music by Ferdinand Bayard. 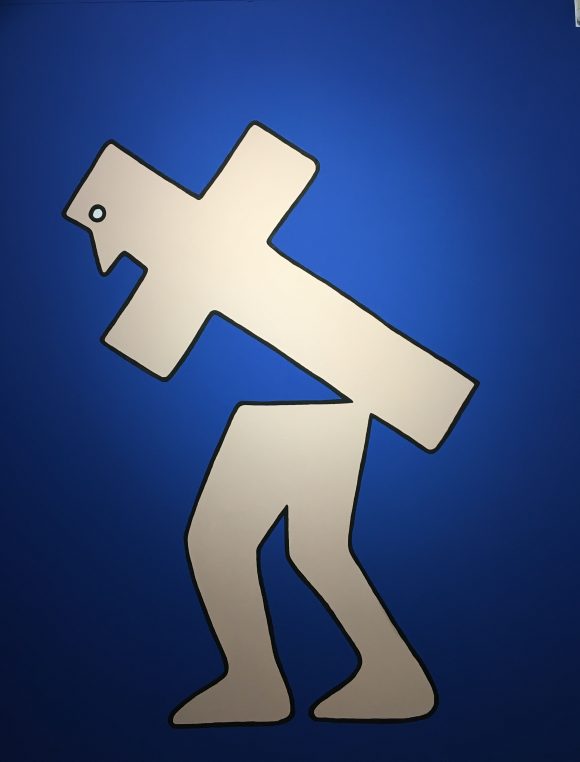 As soon as you enter the Maison des Arts de Malakoff, you feel elated by large frescos and some lines glued on the ground leading you through the two floors of the exhibition. For the first time in Louise Pressager’s career, she has the space to show her videos in separate little rooms, to let her “fans” hear her new songs with headphones, and walls for the numerous drawings and frescos she has delivered. Her sense of humour and numerous years spent with psychiatrists are the magic tools used in this show where religion, sex, love and medicine are again, the constant themes. 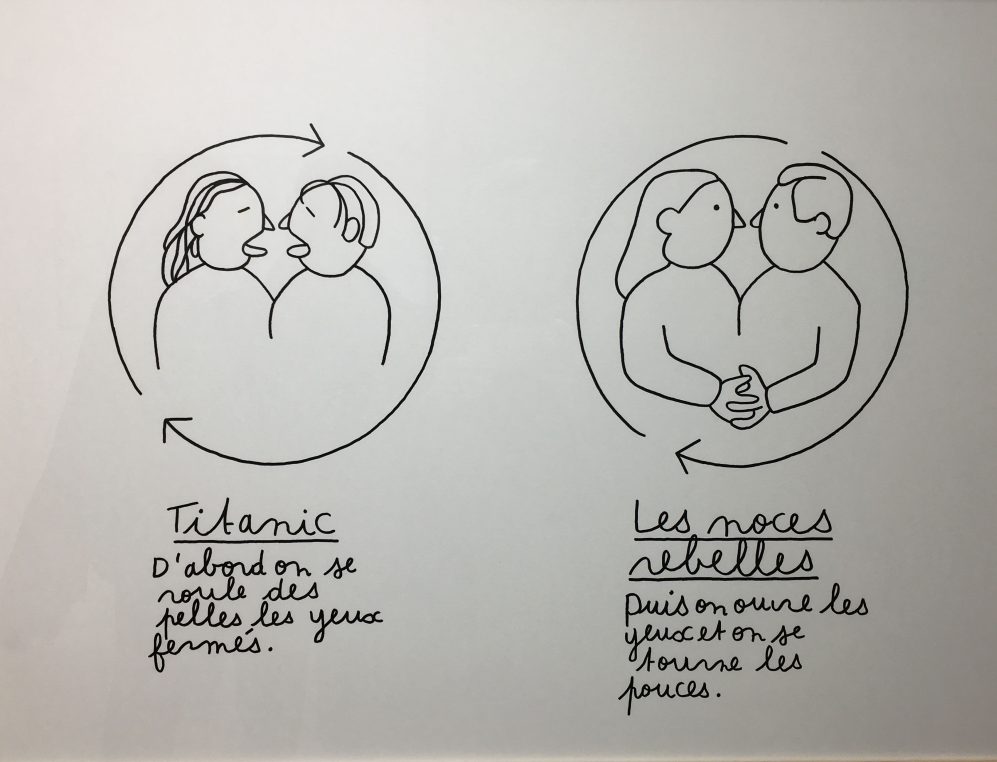 Fiction and reality play a game where her work experience on computers and music, influence her vision of life. Nicknamed Louise Mussolini (because of her sense of authority) by her parents when she was a little girl, Louise is a charming mix between a forceful artist, a courageous worker and a delightful young woman who laughs a lot. With a master in political science, she has a strong intellectual training as well as thirty years of artistic practice with her parents who are both artists and art teachers. Her images are very dark and yet, one comes out elated from the show which opens so many windows into the imagination and the mind. And her writing is totally brilliant. 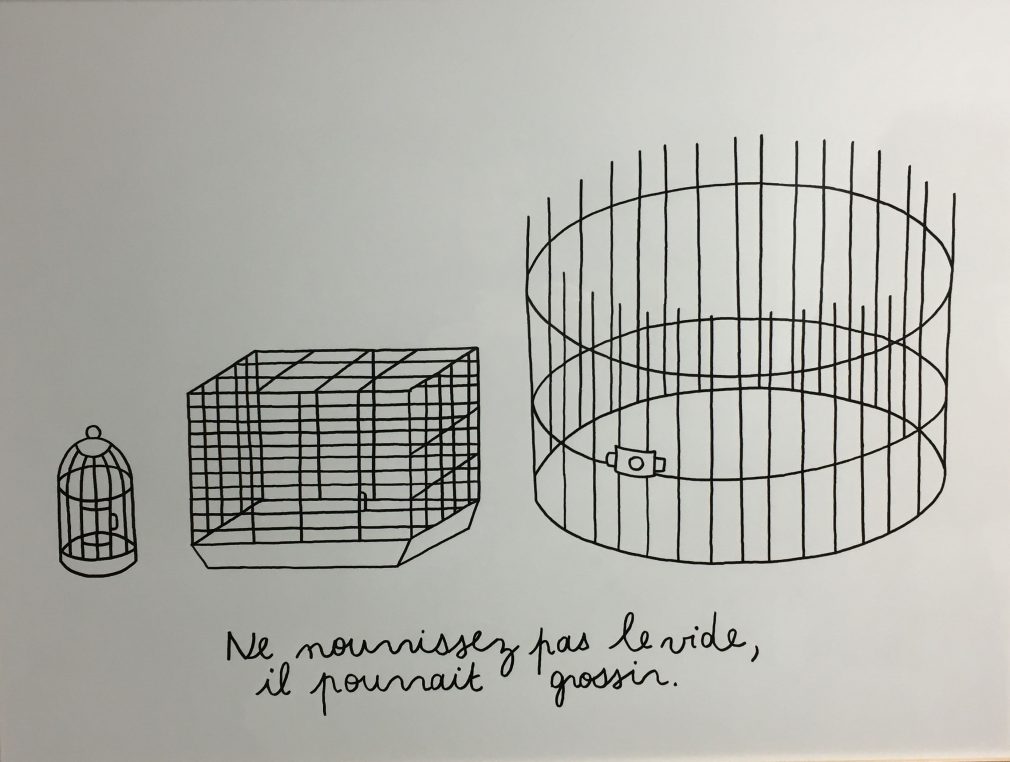 “Don’t feed the void it could grow”

Everyone at the opening seemed to love the artist, starting with her psychiatrist who let her use his own office to film one of the videos “Rendez vous manqué” (missed appointment), the most dramatic as far as I am concerned. The video “Le gros câlin”, for which she had won a prize at Salon de Montrouge six years ago, and which was subsequently shown at Palais de Tokyo in 2015, is now set to music. There are more like  “The pig and the pigeon” filmed in an office and a children’s playground which are reminiscent of one of her former jobs. The wording of the songs is quite terrifying.

“Ça va mieux” produced in 2014, is the very dark and burlesque tale of a man hospitalized in a psychiatric ward. The main actor is her father, artist Etienne Pressager. And this is something quite fascinating about Louise’s work. She manages to often include her whole family in her videos like in “Bouée crevée”, a video shot near Nancy in her parents’ garden. 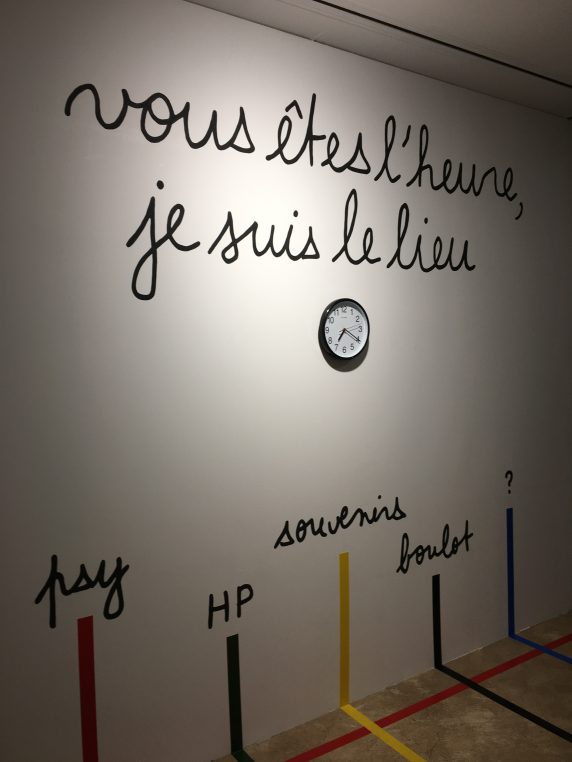 As you enter the show a guideline is provided

Louise has now exhibited in Paris for seven years and in parallel with her videos, she has given birth to extraordinary drawings and songs. One has to thank Aude Cartier who runs the Maison des Arts de Malakoff for providing both financial help, artistic guidance and this large space, where she can show the wide range of her talents. The booklet written along the exhibition is remarkable. 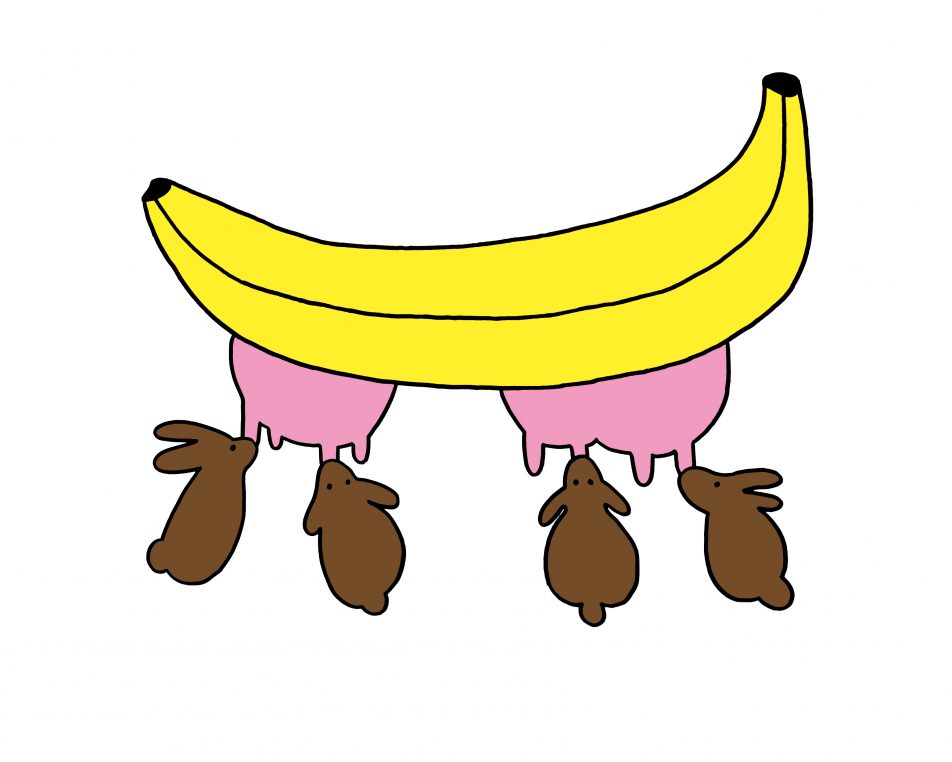 This exhibition can be reached on subway Line 13 Malakoff, or on Line 4, Mairie de Montrouge, and is an absolute must. Do not miss it. Maison des arts, centre d’art contemporain de Malakoff, 105 avenue du 12 février 1934, Malakoff. Free entrance, Open from Wednesday to Sunday, until April 5.

One Comment on “Louise Pressager puts Malakoff on the artistic map”