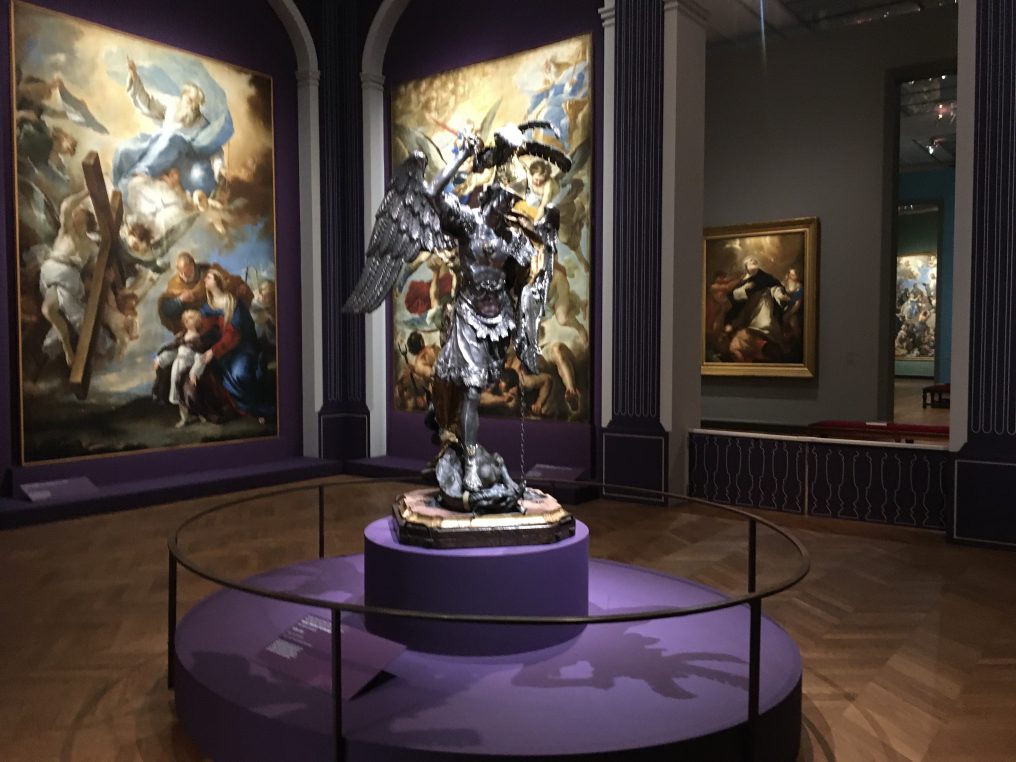 A silver and gilt bronze statue of St Michael Archangelo by Lorenzo Vaccaro, 1689-1691, with The Holy Family, 1660, in the back, welcome the visitor in the first room.

For his first exhibition in Paris, Neapolitan baroque painter Luca Giordano, transports us from Italy to Spain in the grandest manner. Born in 1634,  almost a hundred years after Greco, this student of Jusepe de Ribera very inspired by Caravaggio, and adept of Rubens and Poussin, painted close to 5000 works for which he was nicknamed “Luca fa presto”, (Luca the fast). His first travels took him to Rome from where he returned with a new maturity and many monumental commissions for churches in Naples and palaces in Florence. Invited by the King of Spain he eventually moved to Madrid just before turning 60. 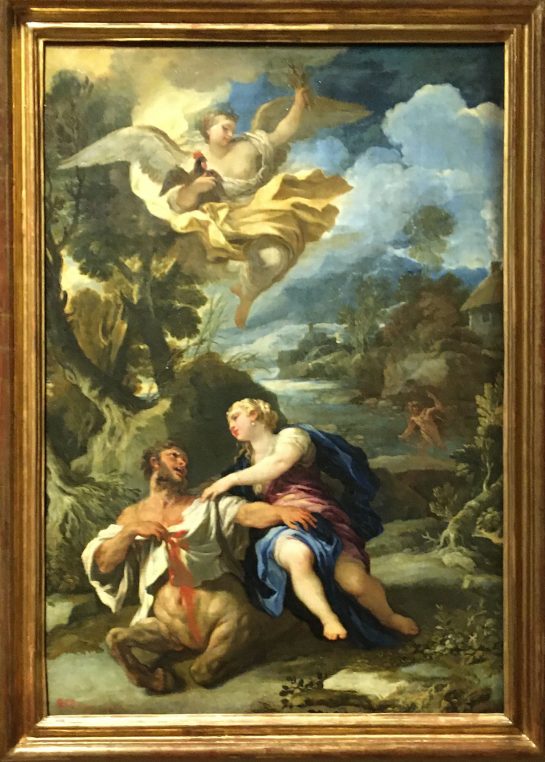 The power of each individual painting is in direct competition with the amazing decor once again created by scenographer Véronique Dollfus. Some of the works are so large that they had to be lifted through the first floor windows! They were lent by Museo di Capodimonte, in Naples and by the Prado in Madrid. You will find contrasting paintings in the exhibit: many religious scenes of course like St Peter’s Crucifixion or Saint Sebastian’s martyrdom but also very sensuous mythological themes such as Diana and Endymion or multiple Venuses which are reminiscent of Titian’s nudes. The variouss frescoes made for the Escurial monastery in Spain are shown through immersive videos in a special room.

The violence (or the power?) of every painting is what strikes most in Luca Giordano’s style. This prolific and virtuose artist started out copying Dürer, Titian and Reni. But soon he became, with a specific creativity, THE decorator of Neapolitan churches. There is a special room devoted to three versions of San Sebastian, another room dedicated to the Philosophers with a superb “Death of Seneca”.  A long corridor is lined with drawings discovered fifty years ago by German art historian Walter Vitzthum. 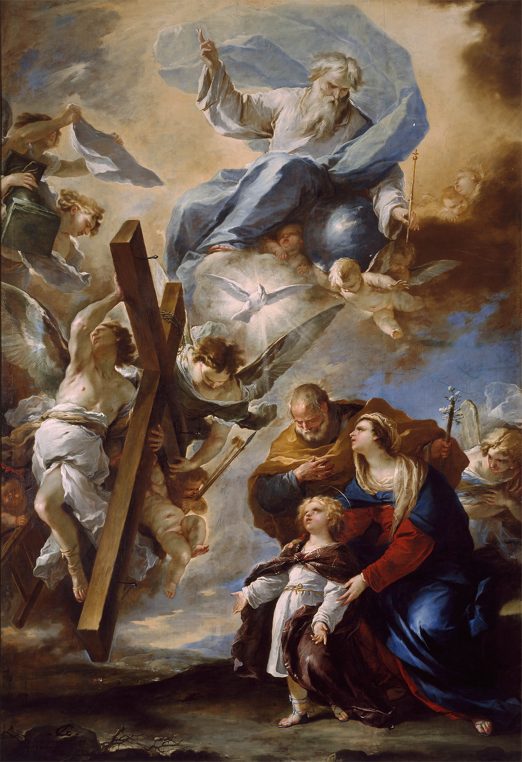 While painting for Philippe IV in Spain, Giordano kept working and sending canvases to Naples for eh church of Girolamini. He will be much copied by 18 ht century artists such as Hubert Robert or Fragonard when they sojourned in Naples.

The exhibition is a festival of sensuality and pleasurable moments set in a succession of rooms alternatively austere for the Spanish period or exuberant. The lighting is very theatrical and the perspectives in the gallery give you the impression of being in an actual palace not in a museum.

I hardly knew who Giordano was, before I walked into the Petit Palais, I immediately fell for him. I hope you do to. Until February 23.

5 Comments on “Luca Giordano, another giant painter at Petit Palais”