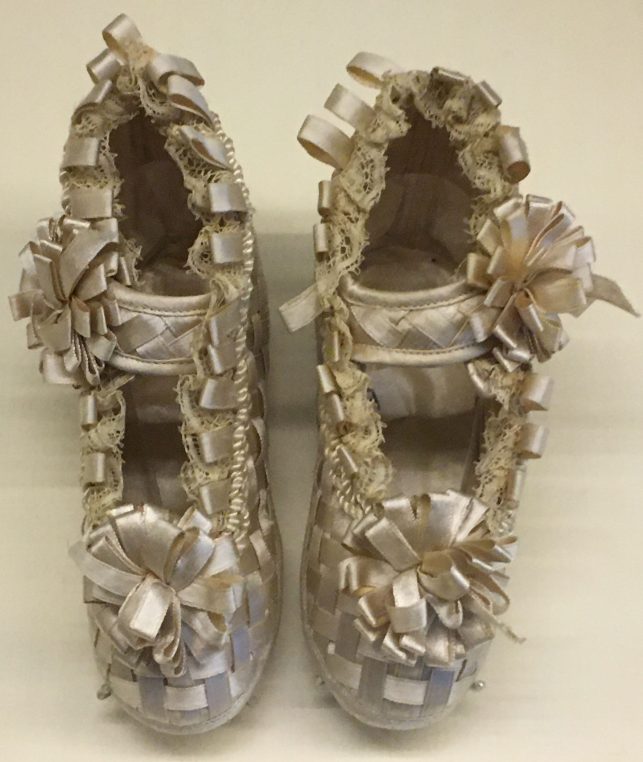 Johann Christian Neuber, snuffbox, ca 1765-1770, Dresden. Throughout the museum pieces given by the Marchesa are signaled by this pink lady

If you don’t want to queue at the Louvre during this holiday season, try MAD, Musée des Arts Décoratifs, around the corner, which has four interesting exhibitions at the moment, including one on their very special benefactor, Marchesa Arconati Visconti (1840-1923), who inherited a large fortune from her Italian husband when he died, in 1876, of typhoid fever. She bequeathed hundreds of objects to the Museum and to the Louvre as well as to Musée des Beaux Arts de Lyon. Going through the galleries on a treasure hunt, (every item she gave is signaled with a pink label), you will rediscover many period rooms and the newly lit jewelry gallery, while following the steps of this great art historian and generous collector.  The visit conducted by curator Anne Forray-Carlier, deputy director of MAD, was fascinating. 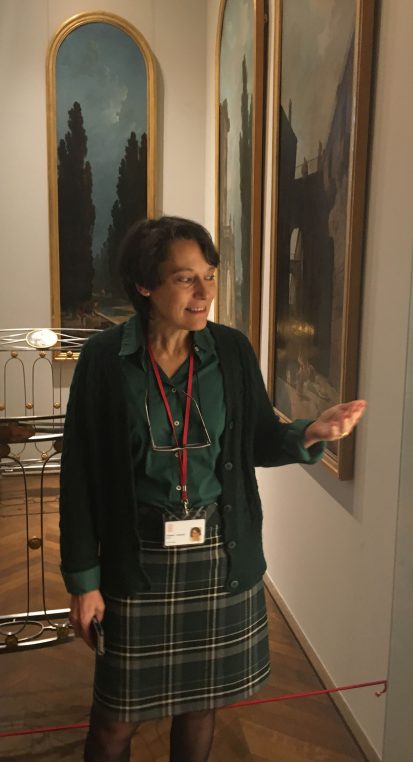 Born Marie Peyrat, the daughter of a journalist, Député and Sénateur of the Third Republic, she attended Ecole des Chartes in 1873 and met her husband Giammartino Arconati Visconti there. After his early death, she returned to Paris where she surrounded herself with art collectors (Raoul Duseigneur, her long time companion) and museum curators (Louis Metman), and spent her life founding universities and prizes for art historians or Chartistes. 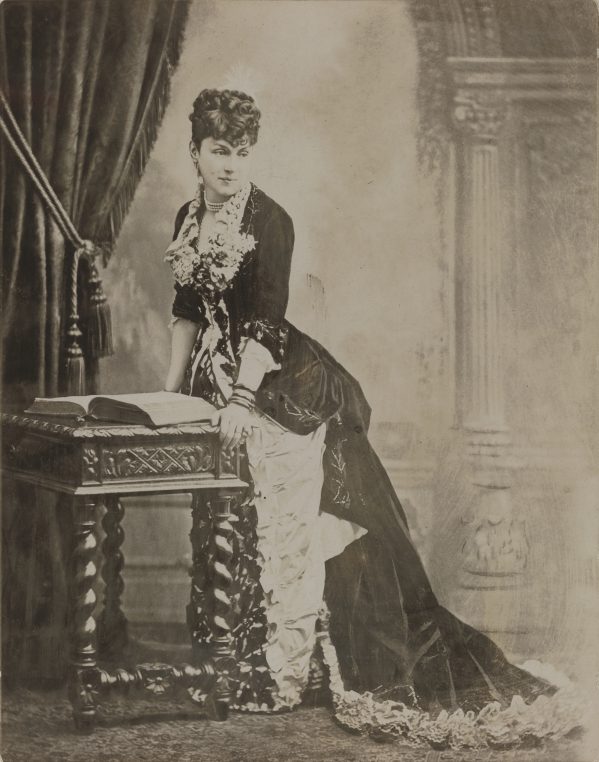 She built the Institut de Géographie in 1926, at 191 rue St Jacques and the Institut d’Art et d’Archéologie, in 1928, 3 rue Michelet. Among the hundred pieces exhibited here, are Chinese brooches, Sèvres and Meissen porcelain and Creil faience services, Lalique rings, Italian sculptures and furniture. 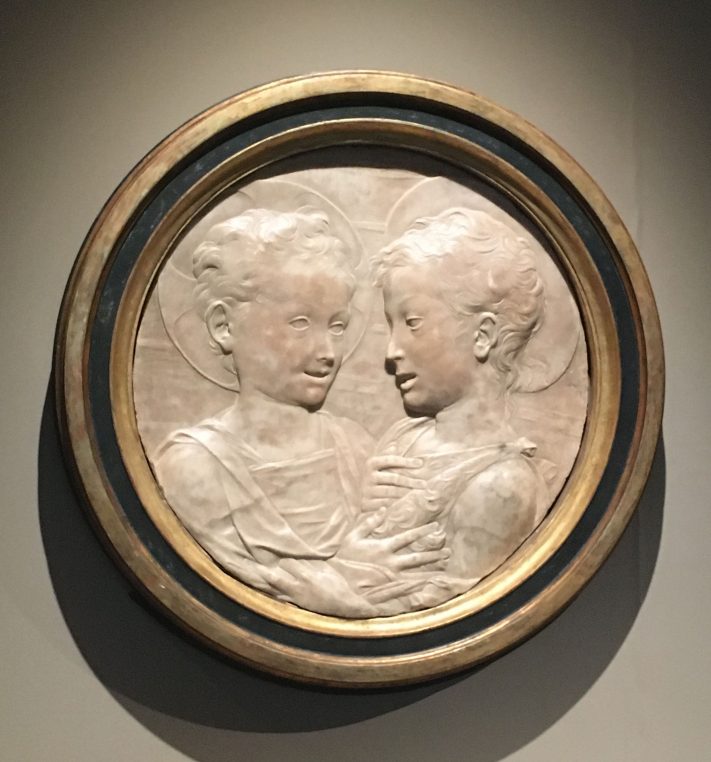 What is interesting in this exhibition is to run through the galleries of the MAD and see all the period bedrooms, from medieval times to the Hubert Robert gallery of fantasy landscapes, the Chinese room where one of the Marchesa’s Qing dynasty screen and blue Yang Xi vases are shown. Her archives are all preserved in her castle of Gaasbeek, south of Brussels, which is open the public. She used to live on 16 rue Barbet de Jouy in Paris, where she had a salon twice a week on Tuesdays and Thursdays. Politicians mingled among collectors and art historians. She also founded residences for students in Strasbourg, which are still active today, under her name. 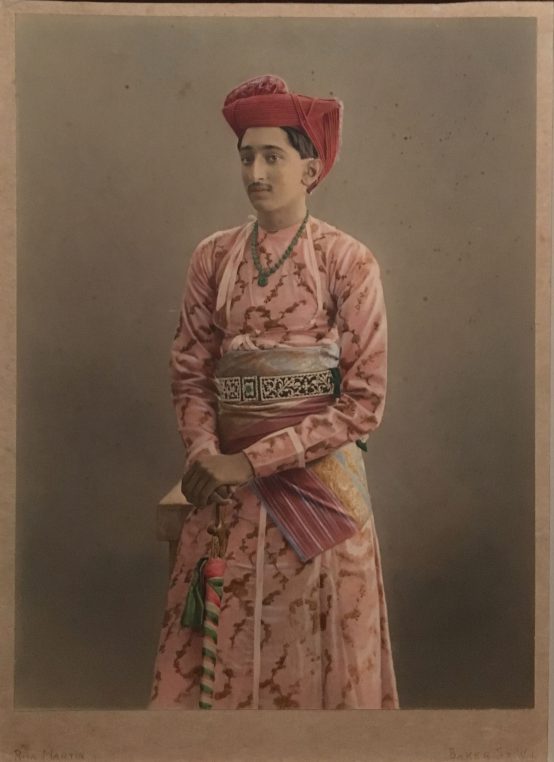 Down below in the Grand nef is another exhibition of the Maharaja of Indore, who built the palace Manik Bagh in 1930, in India. He was painted many times by Bernard Boutet de Monvel and his large carpets and numerous modernist bedrooms and living rooms are reproduced here. Eckhart Muthesius, Charlotte Perriand, Le Corbusier, Jean Puiforcat provided most of his furniture and silver, and extraordinary Man Ray photographs retell the story. 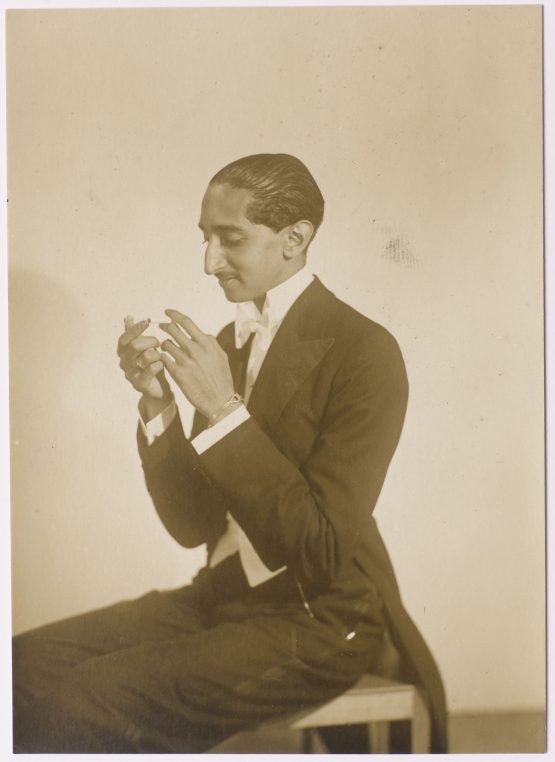 Some of these items were bought by the Al Thani Collection Foundation who helped put on the exhibition. The very large (10? meter long) red carpet designed by Ivan Da Silva Bruhns for the maharaja’s bedroom in 1930, is certainly the masterpiece of the exhibition, and it is reflected in a large mirror. It was inspired to the artist by Mexican and Berber traditions, to which he added abstraction. He wove the carpets himself. 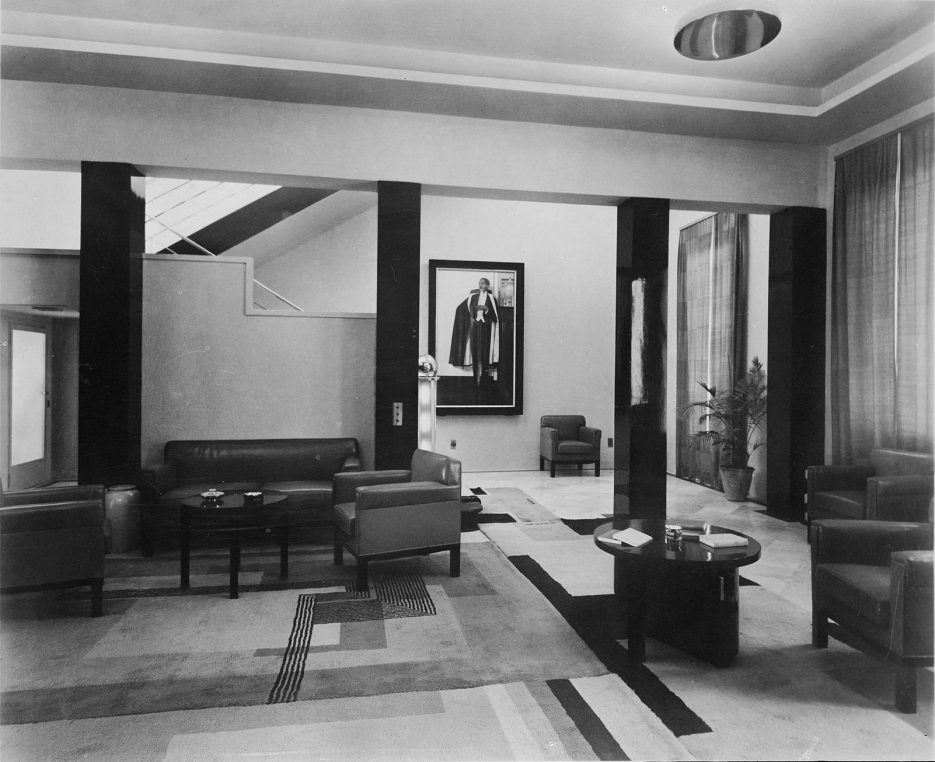 The third exhibition “Marche et Démarche”  is devoted to the shape of shoes. It questions the cultural significance  of this essential accessory of our lives from the Middle Ages to now. Through five hundred objects, including a shoe which belonged to Marie Antoinette, tiny shoes for bound feet, the Cinderella shoe and one which belonged to Juliette Récamier… The exhibition starts with Italian children shoes made in 1600, lent by Musée de la Chaussure in Romans and a pair or English shoes from 1800 lent by the V and A. 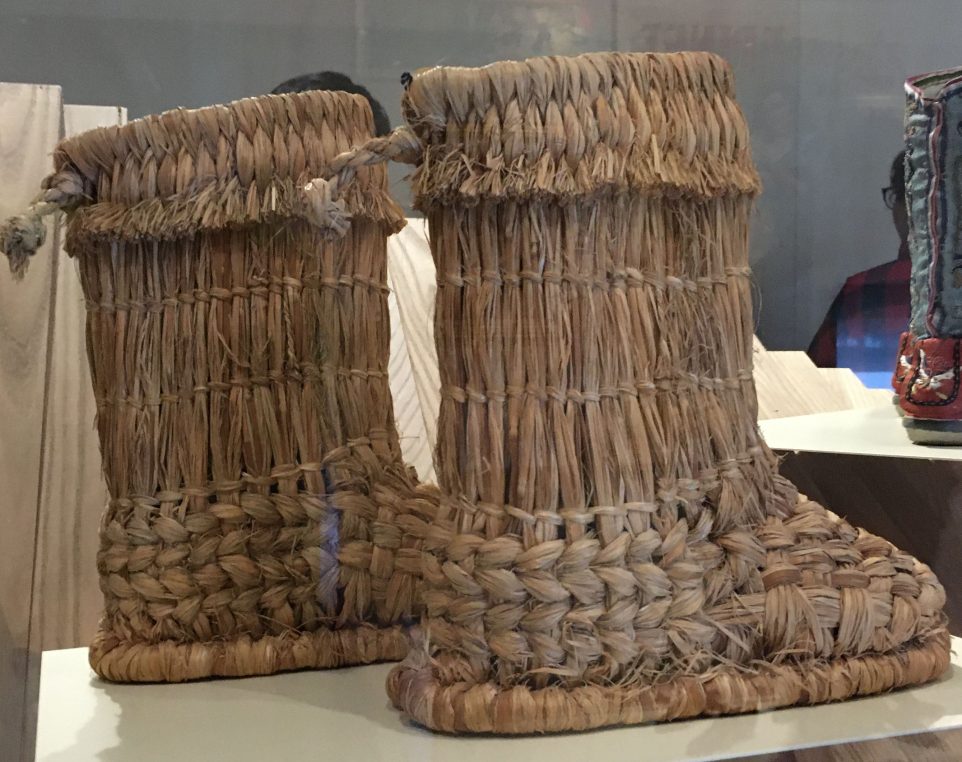 Newborn satin and lace shoes from the XIX th century and a box of shoes and socks given to Princess Mary (daughter of George V)  for the birth of her first child in 1923.  It was all pink and the present was returned when little Prince George was born… Chinese children also had their special boots. 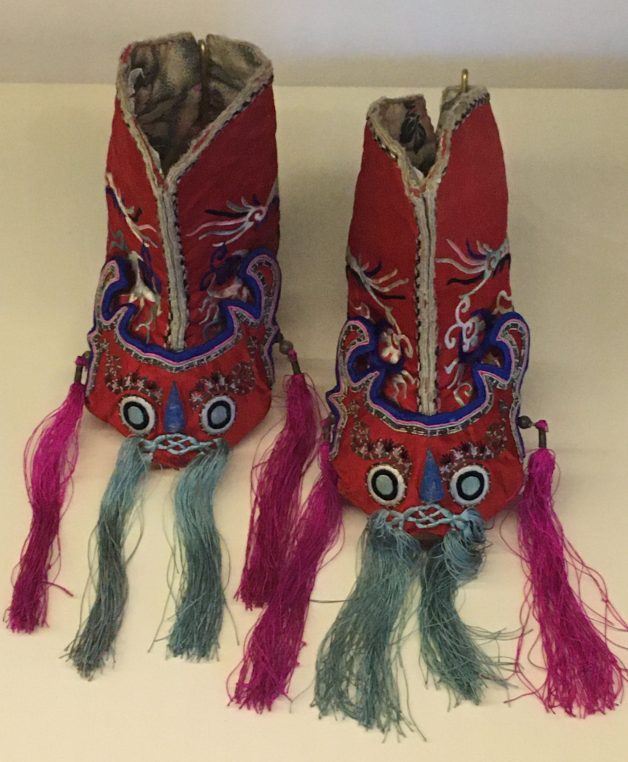 There is an interesting portrait of SEM wearing fabulous brown shoes by Boldini, Japanese waterproof boots made of rice straw, a collection of sandals from Pakistan, Baron de Redé’s precious black and white shoes made by Anthony Cleverley in London. The exhibition ends on sculptural futuristic shoes, horseshoes by Iris Schieferstein and very high Venitian shoes in which Ladies (or prostitutes?) needed two persons to help them walk… 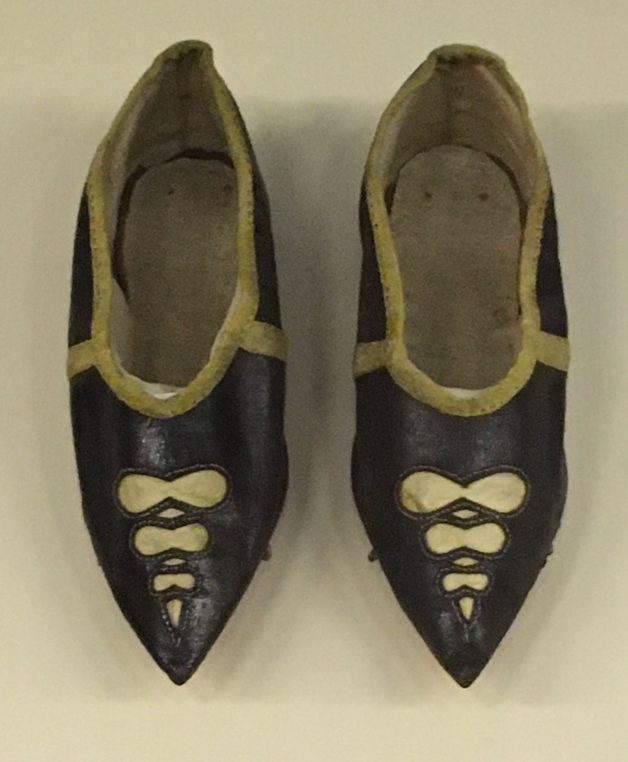 The conclusion of the exhibition is that until very recently (and especially now with the subway strikes in Paris…) shoes were not meant to walk but to be admired… There is also an exhibition of Cuban film and revolution posters in the Museum of publicity on the second floor.

So don’t lose a minute and rush to MAD, (reachable on the subway lines 1 and 14) which also has the best giftstore of Paris. 107 rue de Rivoli