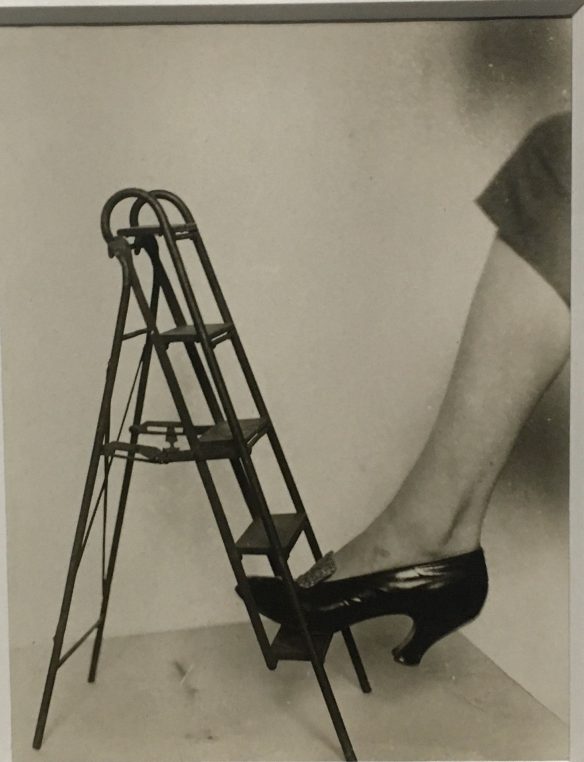 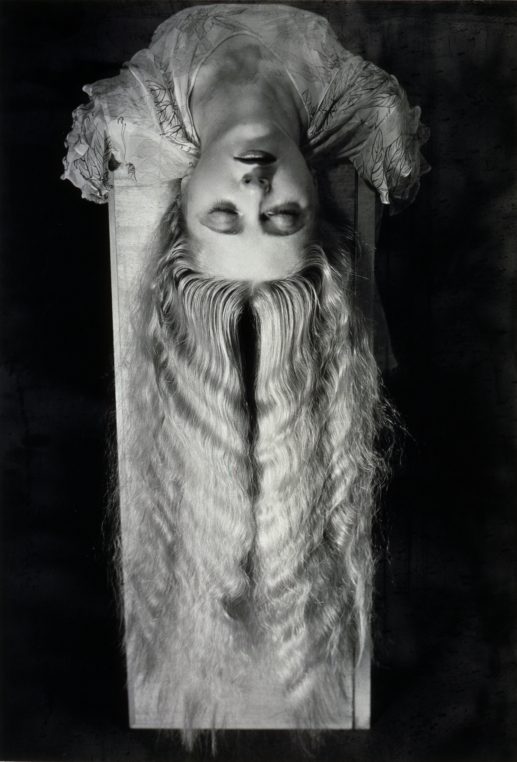 It is not so easy to put on an exhibition of Man Ray, with only his fashion photographs, and I am not sure that the pink and celadon colors of the rooms at Musée du Luxembourg help much. Yet, fashion photography is an interesting phenomenon which started with Paul Poiret in 1911, Coco Chanel and Elsa Schiaparelli in the 1920’s. Before, drawings and sketches were the only way to illustrate fashion.  Many magazine covers are here to prove it from Vogue to Harper’s Bazaar. Yet we have been accustomed to such brilliant painting retrospectives in this museum that the theme of the show seems a little light… The artist himself considered this professional occupation as a “minor activity” and he was right. But we are so happy to have any exhibition at all, that I am sure the young crowds will like rush to see it. 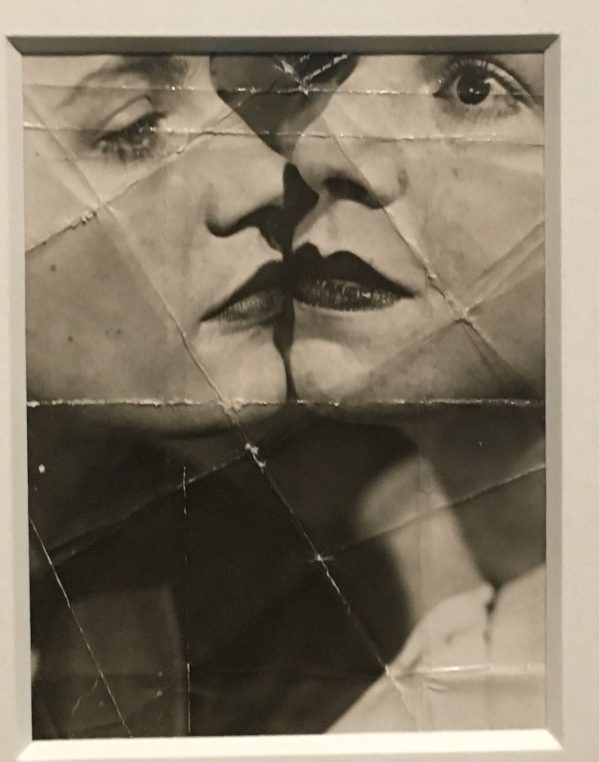 “The Kiss”, ca 1932, Paris private collection, the marks show how the photographer wanted to print the contact sheet

Born in 1890 in Philadelphia under the name of Emmanuel Radnitsky, Man Ray moved to New York at 21 and met Alfred Stieglitz who had opened a gallery at 291 Fifth avenue. In 1911 and 1913, the first photographic fashion shots were taken by Edward Steichen for Paul Poiret and Adolf de Meyer for Vogue, thus replacing drawings. Man Ray met Marcel Duchamp in New York, and moved in with him when he first arrived in Paris in 1921. There he started shooting portraits. He was immediately successful and took a studio in Montparnasse with an assistant, Berenice Abbott, who will soon become famous herself. 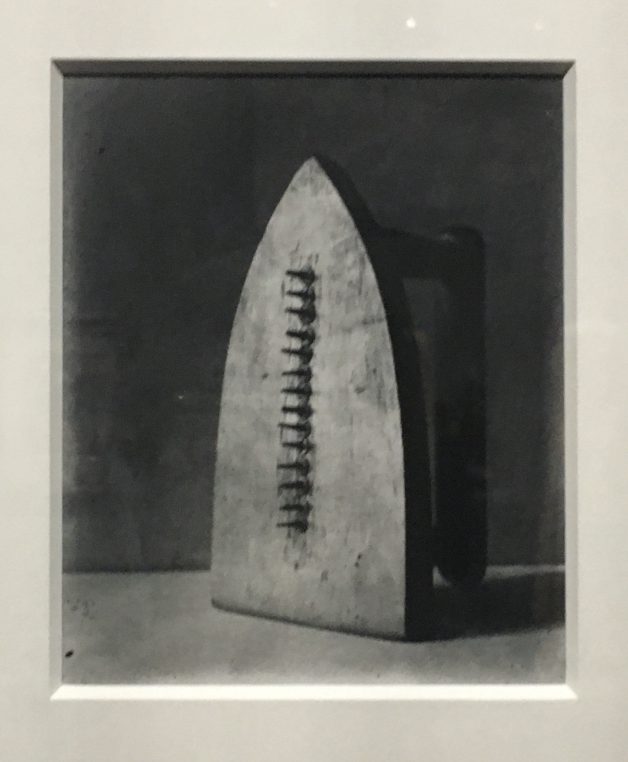 The Present, 1921, Pompidou Center, This iron with nails was made for a dada exhibition in 1921

Man Ray starts working with Vogue magazine very early on, in 1924, with a series devoted to “The most beautiful women in Paris”. He photographs different balls at the Noailles, the Beaumont, the Pecci-Blunt, starts shooting films until he meets Lee Miller in 1929. A former model, she is hired as his assistant and soon becomes his lover, but returns to New York in 1932 and subsequently becomes a brilliant war reporter based in London. With Kiki de Montparnasse whom he met in 1922, he takes one of his most famous photos “Noire et Blanche” where she poses with a black statue. Later he will do a series of ladies in “Fashion in Congo” with different heads inspired by the exhibition of African coiffes at Galerie Charles Ratton. Every time he can, he invites art and politics in his fashion shoots. 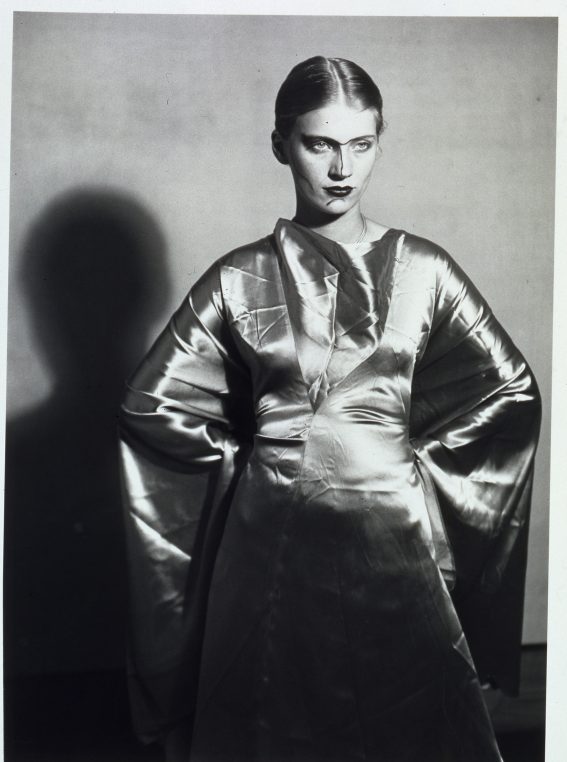 There are many pictures taken in the thirties for Harper’s Bazaar, of Chanel and Schiaparelli models, but the most striking ones are his “surrealist ” shots like “Hands painted by Pablo Picasso” or “Head of Venus made up”. His portraits of society ladies are sometimes beautiful like the ones of Nimet Eloui Bey, Peggy Guggenheim or Marie Laure de Noailles.  And the way he paints or prints his fashion shots are always very avant garde. 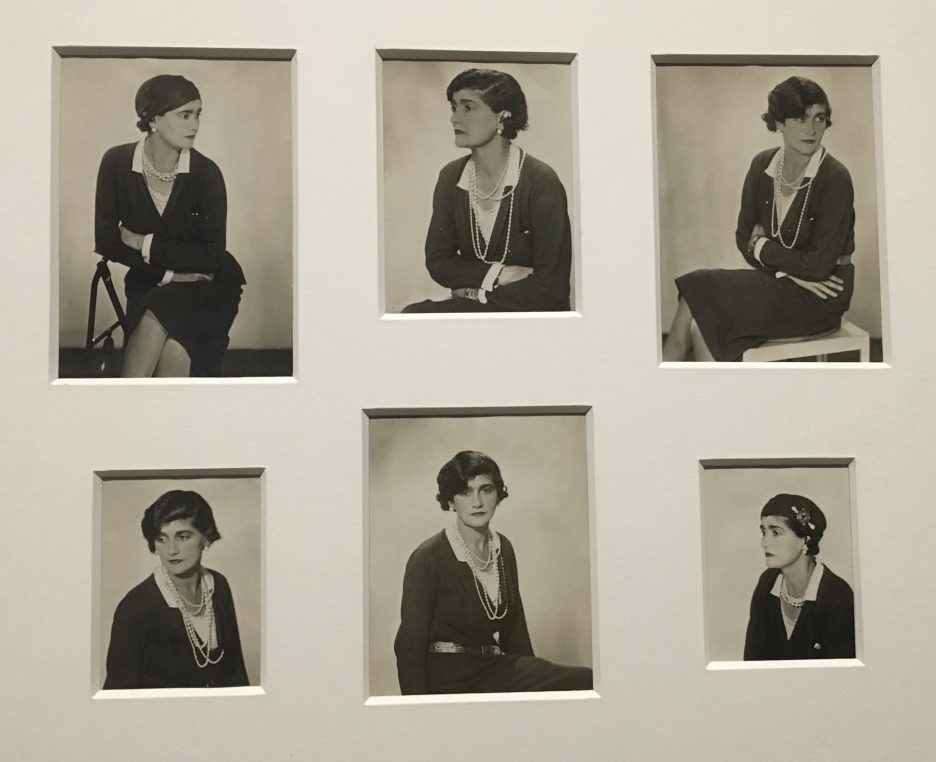 What is most interesting is to see vintage prints of his famous pictures and there are a few examples of original dresses that he photographed which are lent by Musée des Arts Décoratifs, the houses of Lanvin or Chanel. But the whole show was disappointing and lacked genius. Or maybe fashion has started to bore me?

The pieces I loved most are the iron with nails called “The Present” which he eventually gave to a dancer who had torn her dress in order to make it even more destroyed. This object was first exhibited in 1921, at the bookstore “Librairie Six” in the dada exhibition.  And the photo “Réflexions”, 1929 which represents a pointillist picture. 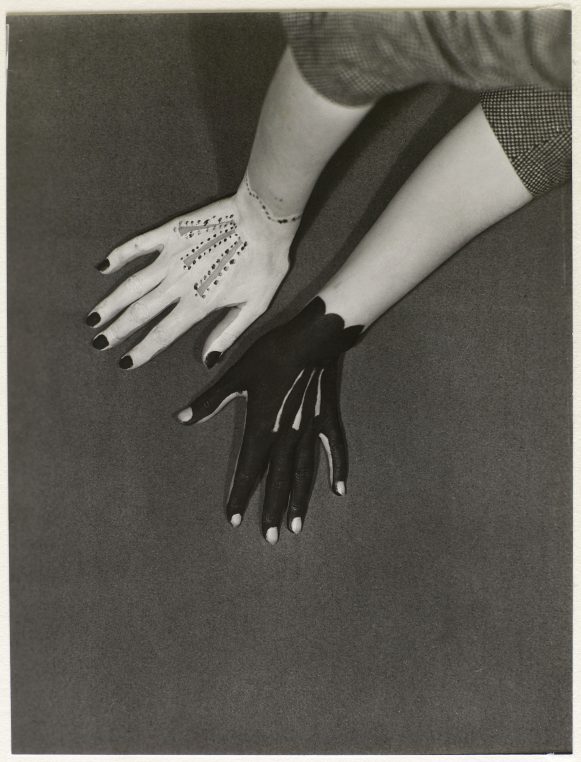 Lee Miller is of course very prominently represented as is Marie Laure de Noailles in different costumes. An excerpt of a film shot at her house in Hyères “Les mystères du Chateau de Dé” can be seen in the show. Six pictures of Coco Chanel on the same sheet of paper give a very original image of the designer, very thoughtful and dramatically beautiful. Musée du Luxembourg, until January 17.

On Friday October 2, photographs by Man Ray and Berenice Abbott are on sale at Hotel Drouot in the Binoche & Giquello sale. The estimate is 600€ to 800€: I bet it will reach ten times this price….

2 Comments on “Man Ray and Fashion, at Musée du Luxembourg”