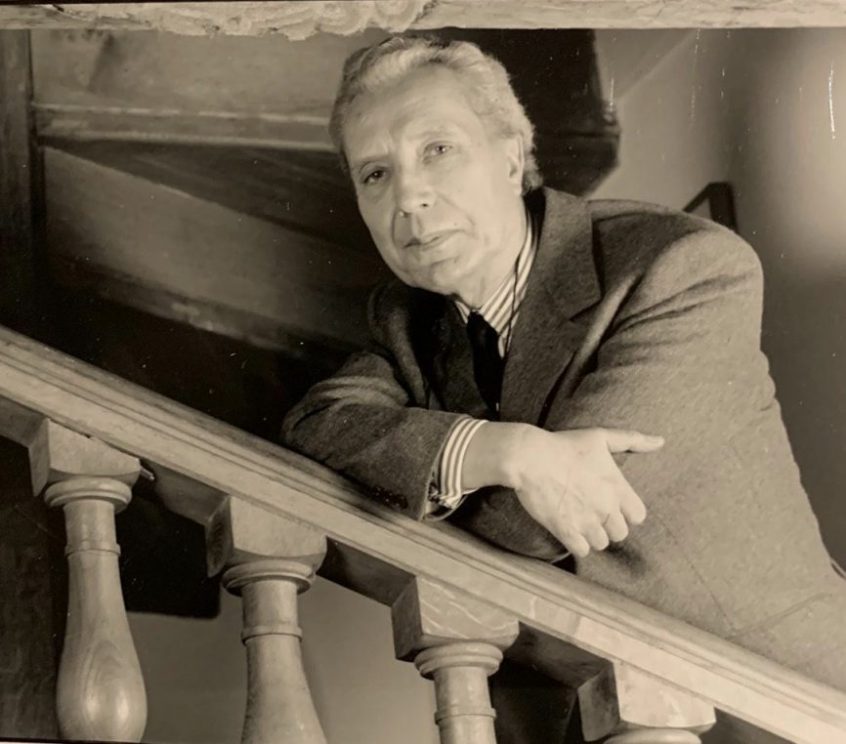 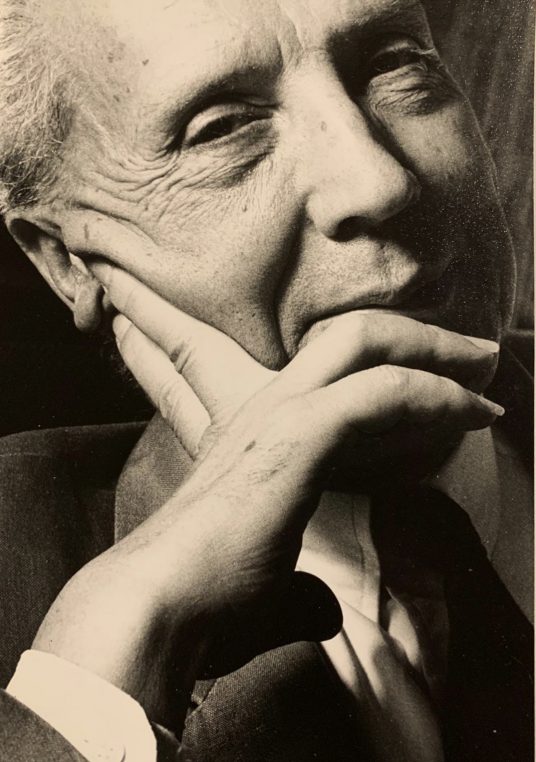 Marc Fumaroli ( 1932-2020) was a great thinker, historian of literature and Homme du monde

An auction of his personal collection, a book and a colloquium at the Collège de France and at the Louvre. This is how Academician Marc Fumaroli will be celebrated in May and June, barely a year after he died on June 20, 2020. From the sale at Le Fur, I have picked a Balinese puppet and a writing table. His book, “Dans ma Bibliothèque la Guerre et la Paix” (In my library War and Peace), published jointly by Editions des Belles Lettres and Editions de Fallois is a very personal reflection on the cultural history of Enlightment with a study of the evolution of taste between Watteau, Boucher, David and Caylus. The three events are coordinated by his nephew Sébastien Fumaroli, his executor, who wrote a wonderful introduction to the catalog. 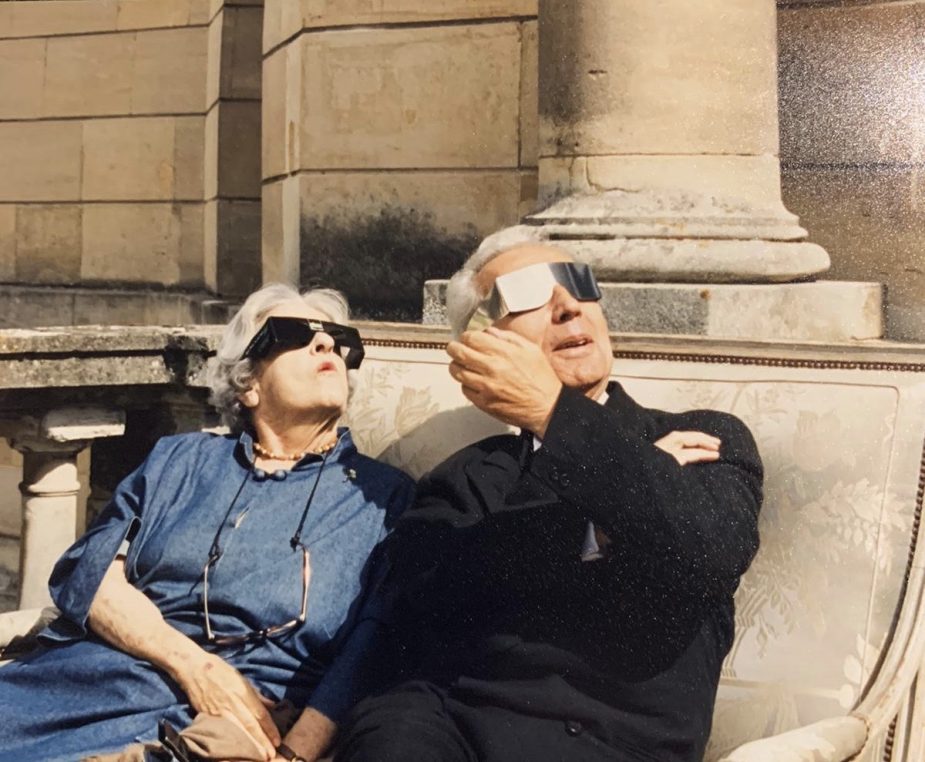 Marc Fumaroli watching the eclipse of the sun with great collector Liliane de Rothschild in Royaumont on August 11, 1999

Marc Fumaroli had many interests from XVII th century literature and salons to contemporary art and language. Born and raised in Fès, Morocco, he studied at Université de Marseille and took his Agrégation de Lettres and later a Doctorate. He was elected at Collège de France in 1986 for the chair of “Rhétorique et Société en Europe, XVI and XVII th century” and at the French Academy in 1995, replacing Eugène Ionesco in his seat.  He was at the end of his life elected the cherished President of the Amis du Louvre for 20 years until 2016. He also taught at the University of Chicago. His most famous books remain “L’Ecole du Silence” (Ed. Flammarion), “Quand l’Europe parlait Français” (Ed de Fallois) and La République des Lettres (Ed Gallimard). He also wrote on Chateaubriand and on Rethoric in Modern times… He was passionate about the art of conversation (which he shared with the very witty Liliane de Rothschild) and wrote the introduction to Benedetta Craveri’s book “The Age of conversation“. 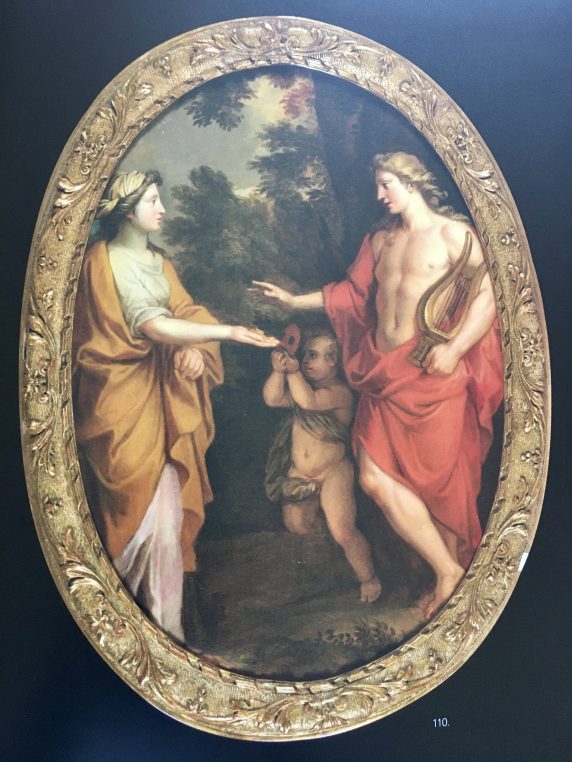 The catalog of the auction at Hôtel Drouot on the 30 th of April is interesting to understand his taste. While he gave to the Amis du Louvre a ravishing portrait of an actress, “La Manzanelli” by Coypel, a classical painting (lot 110) by the same artist is being auctioned. A print (lot 91) by Nicolas-Bernard Lépicié representing two men is especially attractive at 1 500 to 2 000€. Contemporary prints by Roger Vieillard (lot 90)are also interesting (150 to 200€). A large group of prints after Laurent de la Hyre illustrate his taste for 17 th century and more by Anne Claude de Caylus of the “Cris de Paris” (Lot 70) representing the different workers on the streets of the city, are a good illustration of the 18 th century. 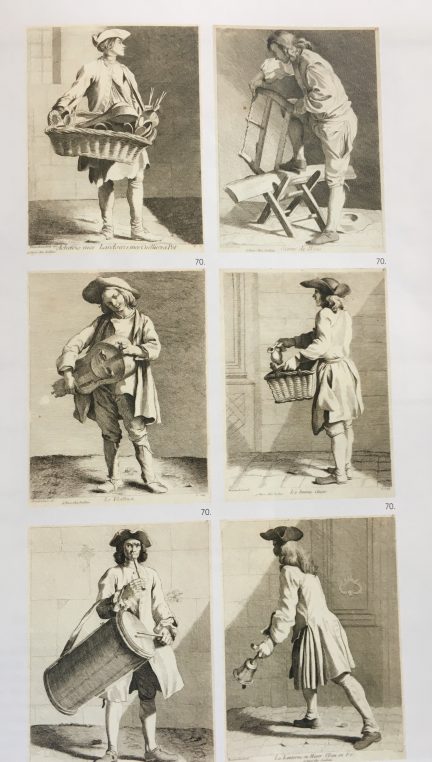 For Marc Fumaroli, prints were an extension of his library which was partly given to the Institut de France. Yet 45 books will be auctioned at the beginning of the sale. At the end, paintings by his friends Anita de Caro, John Dubrow, two views of Rome by Jean-Marc Winckler, and a few portraits show how faithful he was in his friendships. Four photographs by Jean-Baptiste Huynh will close the sale with a group of shots that Fumaroli took. The catalog includes views of his apartment on rue de l’Université which was extremely refined and charming.

The colloquium on June 3 at Collège de France will include 7 communications and a round table. At the Louvre on June 4, there will be again seven speakers and a round-table with Benedetta Craveri, Jean Claude Casanova, Louis Antoine Prat and Pierre Rosenberg. The auction at Hotel Drouot is on Friday April 30 at 2 pm and the book comes out on May 26 at Editions des Belles Lettres.