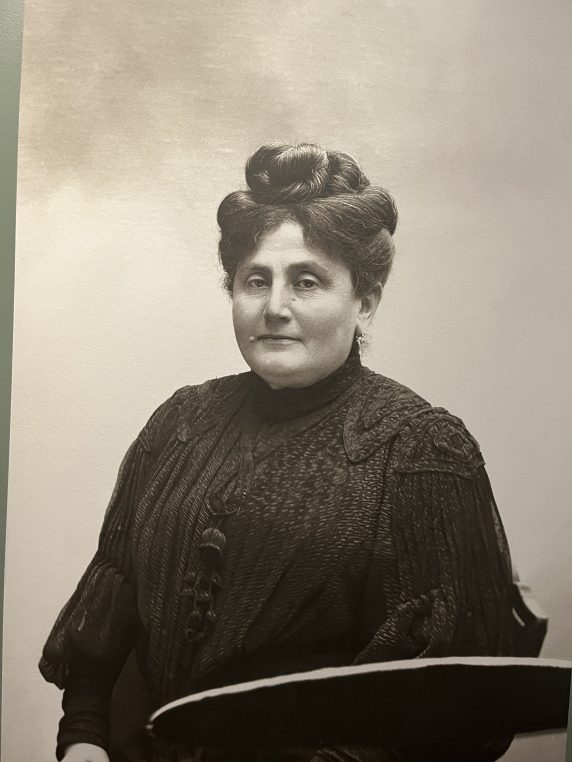 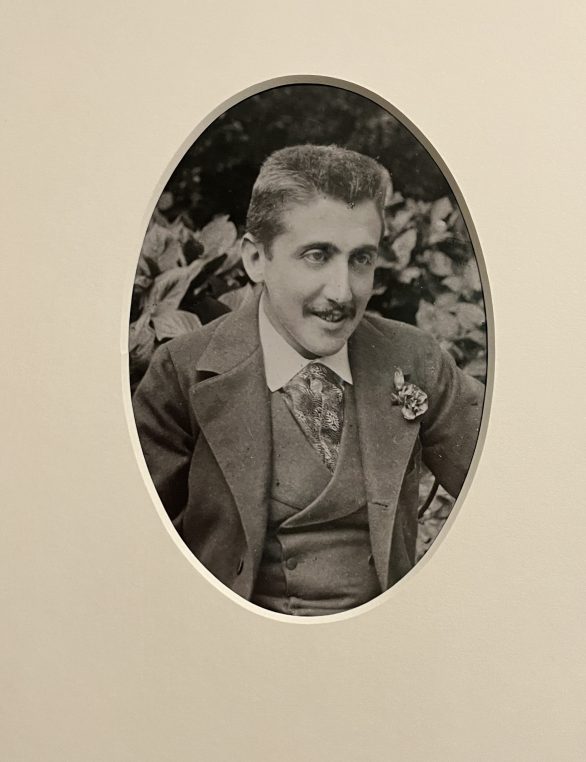 Marcel Proust was baptized but he loved his mother who was Jewish. At Musée d’art et d’histoire du Judaïsme, Professor Antoine Compagnon and curator Isabelle Cahn have produced an exhibition on the writer’s Jewish world with -disappointingly- already well known paintings recently shown at Musée Carnavalet and at IMA. The greatest discovery of the show is Baruch Weil, 1780-1828, his great grand-father on his mother’s side, who was born in Alsace and conquered Paris with his successful porcelains. He became the official circumciser of the first Parisian synagogue in Paris, on rue Notre-Dame de Nazareth which he helped finance and built in 1822. He was vice president of the French Jewish Welfare Committee. He married twice, had thirteen children, founded a successful porcelain factory in Fontainebleau and died at 48! He received the Legion of honor from King Charles X. What a character. And this Thursday 21 April at 8 pm, the Quatuor Tchalik, will play César Franck with their sister Dania at the piano. This talented family of Russian parents, is composed of Gabriel and Louise, violins, Sarah, alto and Marc, cello. 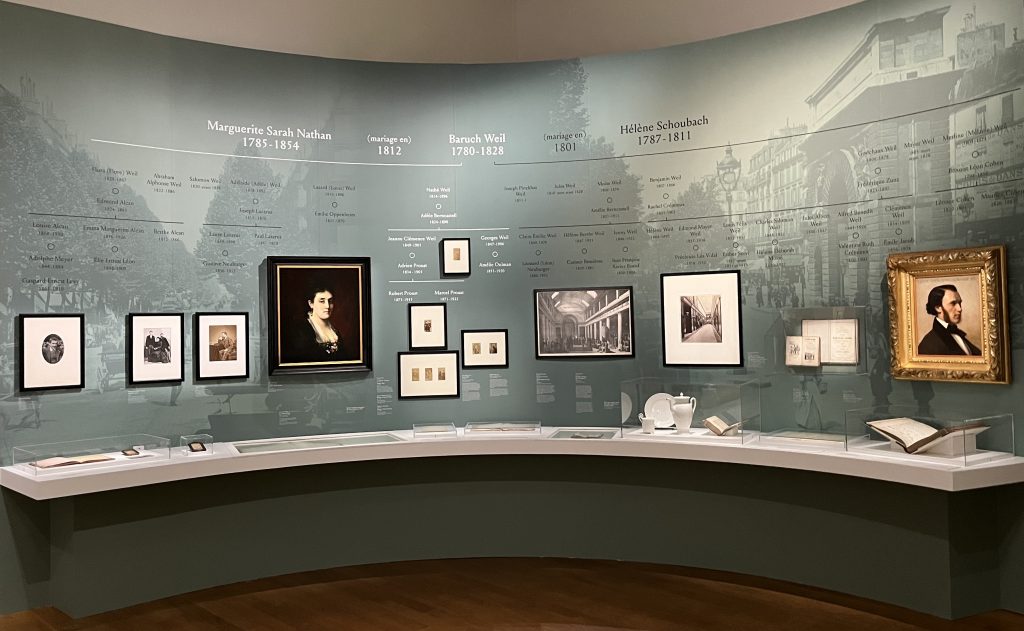 Proust’s mother, Jeanne Weil, was also the great niece of minister Adolphe Crémieux, a prominent politician, Minister of Justice, who allowed all Jews in Algeria to take French citizenship in 1870. She also had a cousin, Léonce Cohen, who was a violinist and a composer. His first operette “Mam’zell’ Jeanne” was created in 1858. He sadly was interned in the Sainte-Anne mental hospital for most of his life. 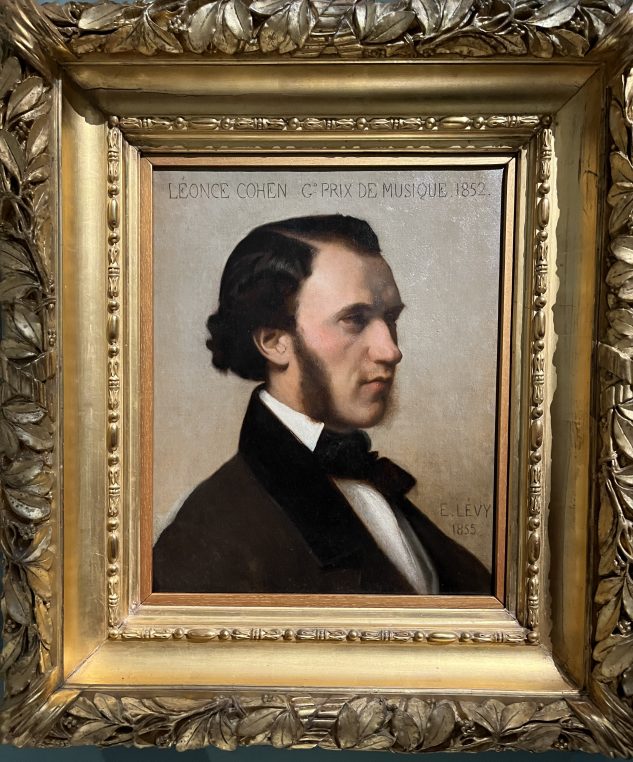 Antoine Compagnon, who teaches at College de France and is a member of the Académie Française, has recently published a book on Proust’s Jewish side, “Proust du côté Juif”, but both curators of the exhibition had to scrap everything that is known about the author to find a topic here. The beautiful paintings by Monet, Jacques Emile Blanche and Caillebotte have nothing Jewish about them and showing Ida Rubinstein or Misia Godebska (later Sert) does not convince anyone of Proust’s Jewish interests. What is certain is that the writer belonged to a very established and rich family, that he socialized with his numerous cousins, who were stockbrokers, lawyers, bankers. His parents met through free mason connections, the Weil and the Proust (family of doctors from Maine et loire) belonged to a Masonic lodge. 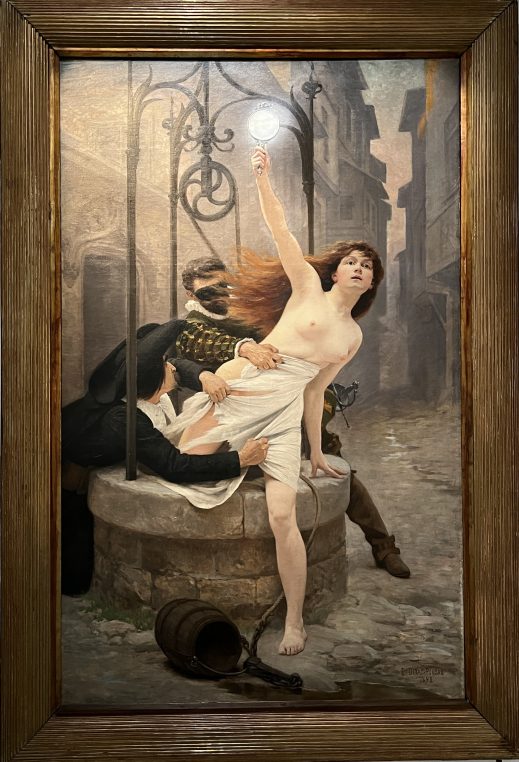 Edouard Debat-Ponsan, “Nec Mergitur” or “Truth coming out of the well”, 1898, Amboise, Musée-hôtel Morin. This illustration for the Dreyfus affair  was offered to Emile Zola after his editorial on the Dreyfus retrial was published: “Truth is on the march and nothing will stop it”

A small section is devoted to the Dreyfus affair which at the turn of the century separated families and friends. And even though Proust was very discreet about his jewishness (as he was about his homosexuality), he definitely was a pro Dreyfusard and sided with  his mother, while his father was anti-dreyfusard. He describes Zola’s trial in “Jean Santeuil”. A room is also devoted to the myth of Esther whom his mother admired in Racine’s play. It was performed with Reynaldo Hahn’s music in the Proust family salon in April 1905. 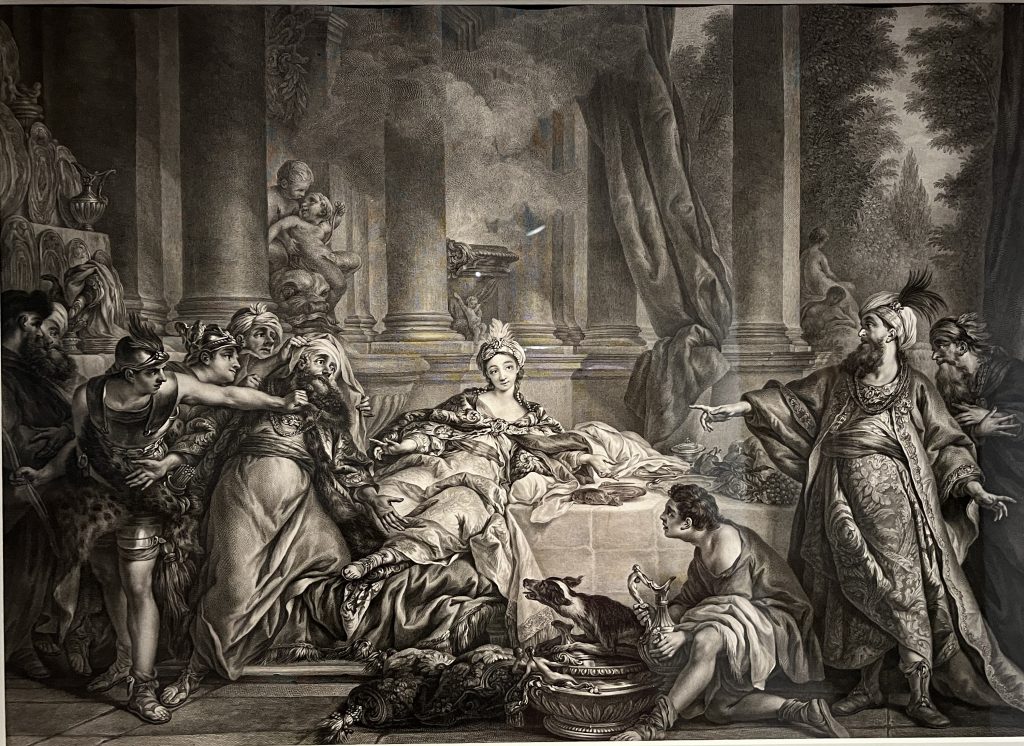 If anything, this exhibition points out how little jewish Proust was and his love for his mother does not change much to his attitude. So you will like the few Vuillard, Van Dongen, Boudin, Helleu, Monet and Prinet paintings but not discover much more about his faith except maybe that he read the Talmud. 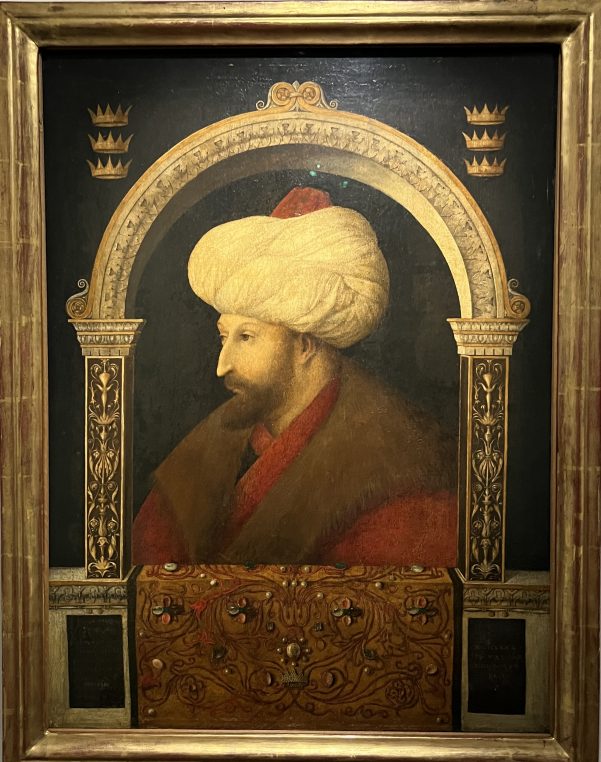 An exceptional loan from the National Gallery in London, the portrait of Mehmet II by Gentile Bellini, is an illustration of what Proust writes in La Recherche when Baron de Charlus compares Bloch’s face to sultan Mehmet II in Bellini’s portrait to contradict the so called “Jewish type”. 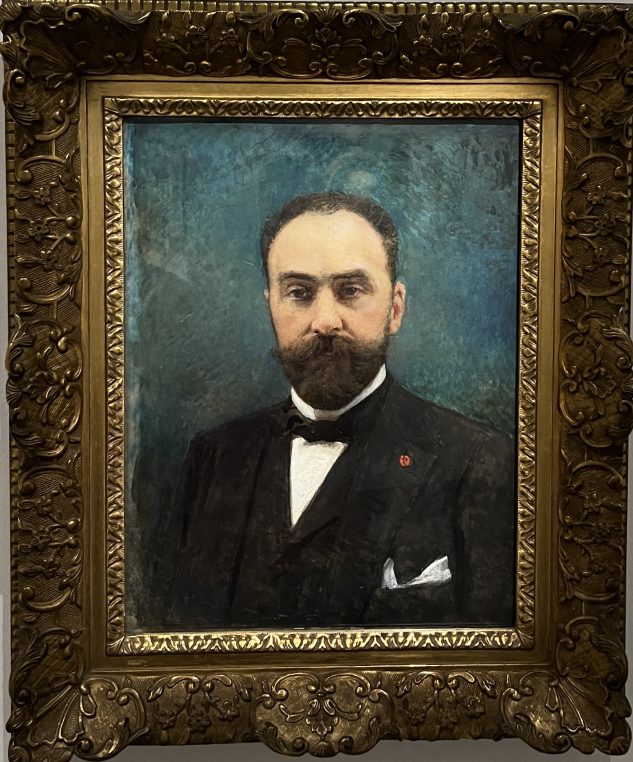 Charles Ephrussi’s portrait by Léon Bonnat is also here to illustrate the refined and learned Jewish collector.  One painting is particularly interesting historically but has nothing to do with the theme of the exhibition. It is Raoul Dufy’s “Les Affiches à Trouville “, billboards in Trouville. It shows the playwright Henri Bernstein passing by a series of ads hiding a real estate project on the beach. A very actual problem in Paris where so many  public monuments are hiding behind huge ads. Nothing new… 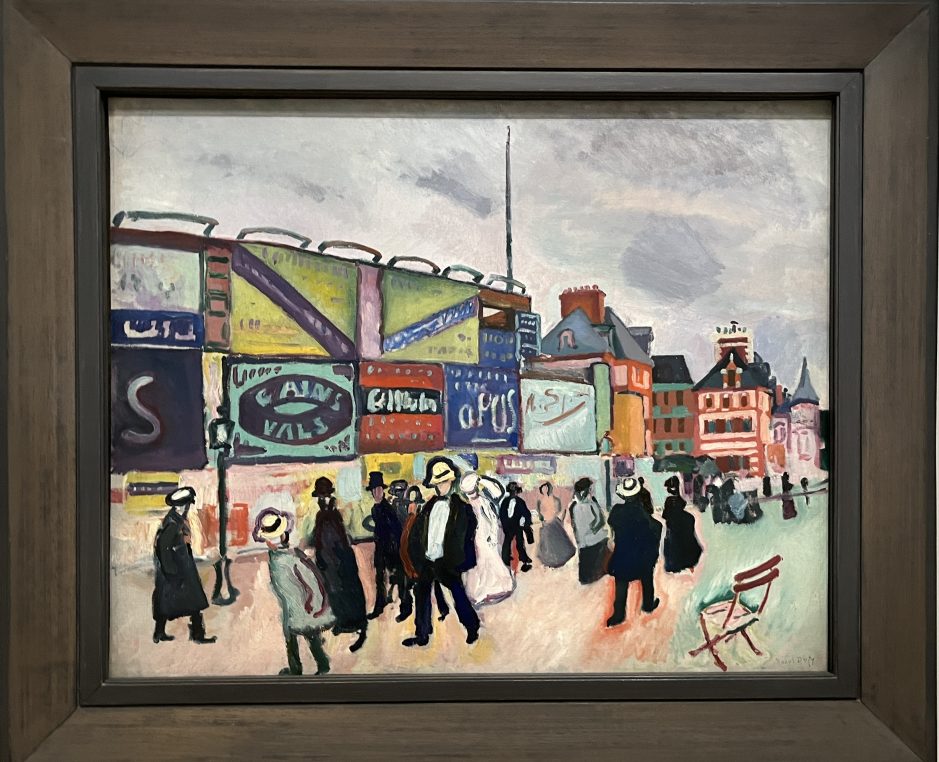 Many books have been published this year around Proust. Antoine Compagnon’s “Proust du côté juif” is at Gallimard, Bernard de Falllois’ “Seven conferences on Marcel Proust and “Introduction to the Recherche” are with Pocket. Mathilde Brézet’s “Le Grand Monde de Proust” is with Grasset.

The exhibition is on until August 28 at MahJ, 71 rue du Temple.The concert by Quatuor Tchalik is Thursday 21 at 8 pm.

3 Comments on “Marcel Proust and his mother at MahJ”