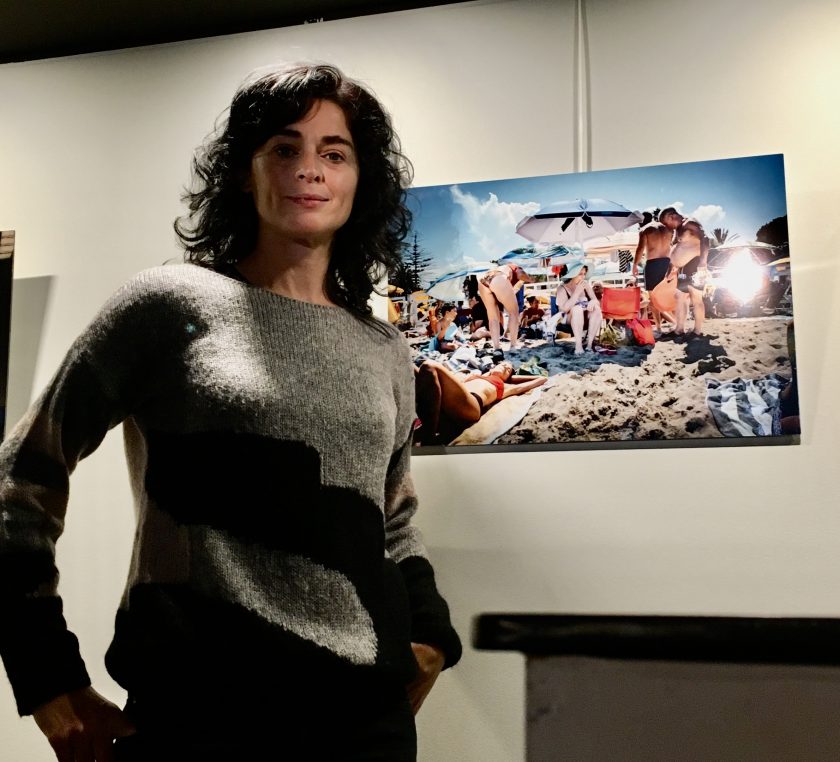 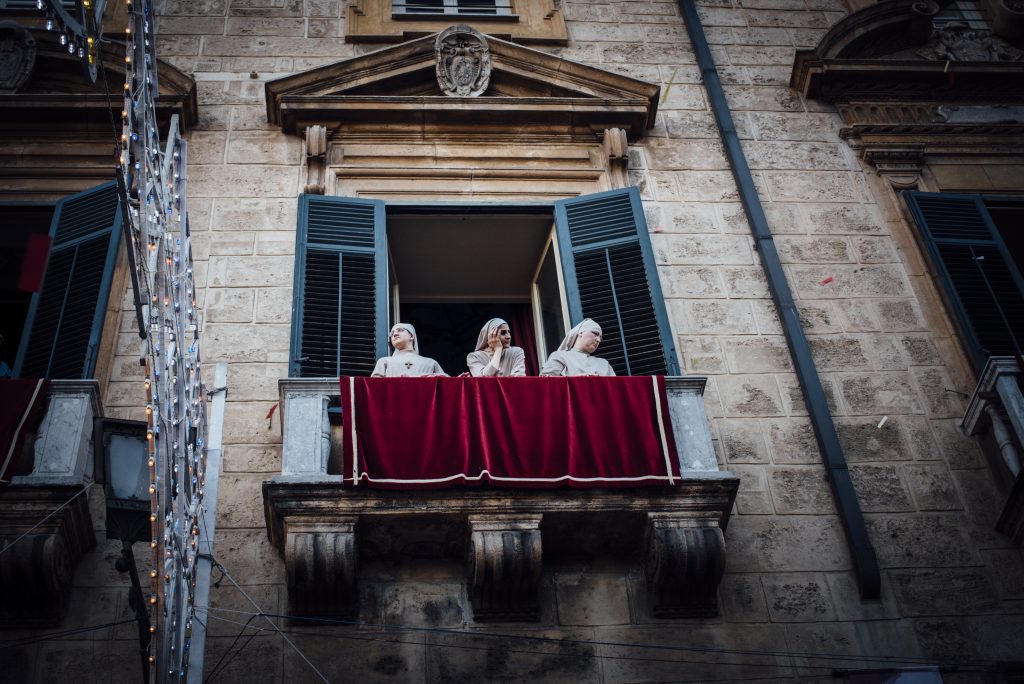 This week Paris Photo took over the Grand Palais Ephémère with 148 galleries from 25 countries, and it was fun to hear again all sorts of languages being spoken with a large group of German galleries from Berlin, new ones from South Africa and Morocco,  and the usual New Yorkers. But for us, long time fanatics of the fair, there was not much new. Many of the photographers had already exhibited in the galleries which were showing them and if, like me, you were a bit frustrated, do not miss the very strong exhibition at Galerie Xavier Eeckhout on 8 bis rue Jacques Callot of Maria Lannino‘s “Palermo” until November 20. There you will find poetry and style from an insider who was brought up in Sicily and has lived in Paris for twenty years with her husband, the auctioneer Alexandre Giquello. The pictures are printed on aluminum which gives them a very specific glow and Palermo’s life is as fascinating as ever! 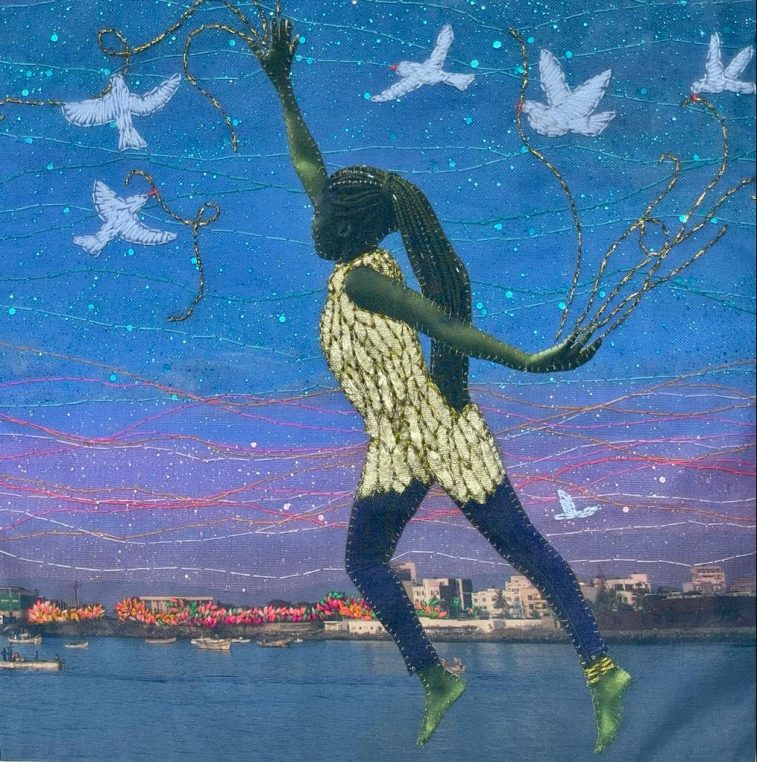 The only photographer I fell for at Paris Photo was Joana Choumali, an Ivory coast citizen, who studied in Casablanca and has so far devoted her art to Western African themes like scarification and the different cultures of Africa. She embroiders directly the pictures she takes, which gives them a special relief and covers them with a very fine veil. This creates an extraordinary light on the images. She won the Pictet Prize two years ago at Paris Photo and has just been awarded the Harvard Peabody museum, Gardner Fellowship of 50 000$. She is definitely an artist to follow. 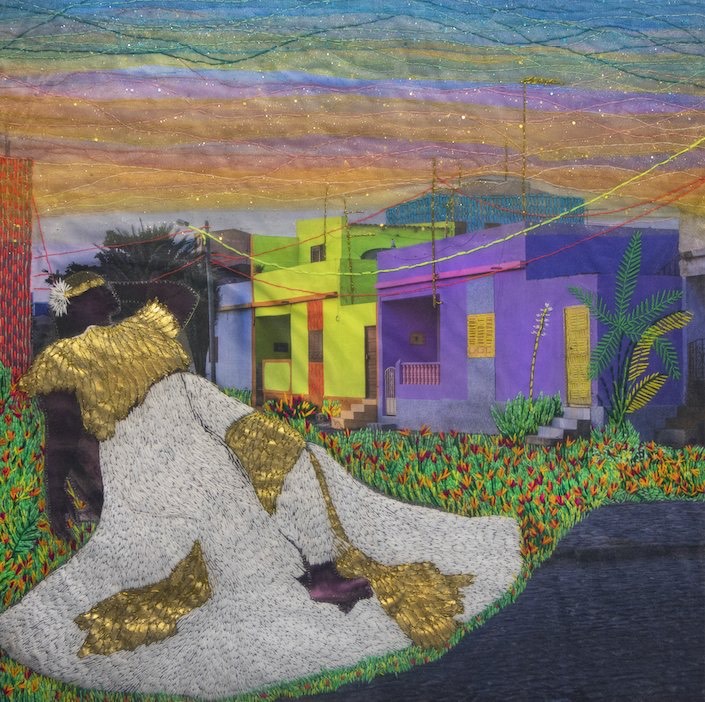 Now that the fair is over, at Galerie Eeckhout, next door to La Palette, Maria Lannino shows 38 black and white and color prints on aluminum of Palermo’s life, a mix of religious and street life, which is written about in the catalog by Judith Benhamou as: “Santa Rosalia procession on July 14, the meat market of la Vucciria where colossal red meat carried on men’s back resembles Rembrandt and Soutine’s paintings”… Her images are very strong and she likes to get lost in crowds and photograph from close up groups of muscled men or large pieces of parmesan. Her sense of humor is palpable and teh detail of her shots is always surprising. 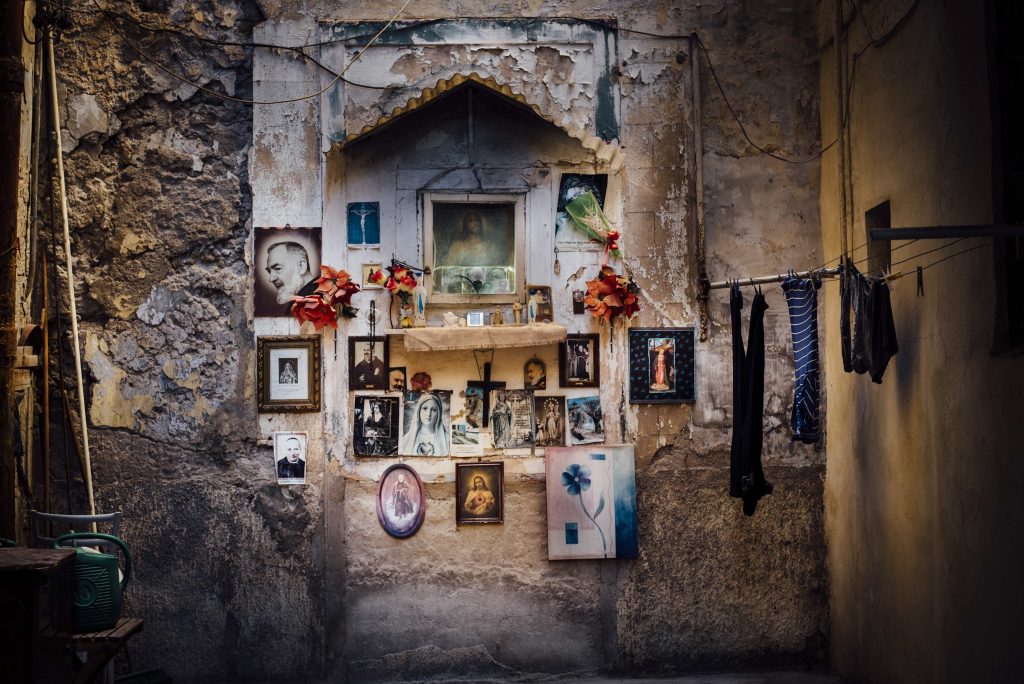 Her style is extraordinarily diverse with a picture of “Spiaggia di Mondello”, the popular beach, which is very close to a Martin Parr shot and then “Catacombe dei Capuccini” which brings in a historical baroque world. She is attracted by a little girl dressed as an angel as well as by tattooed men. The processions of Settimana Santa have inspired her with their festive sense and  their joy and popular streets are completely lively under her eye. 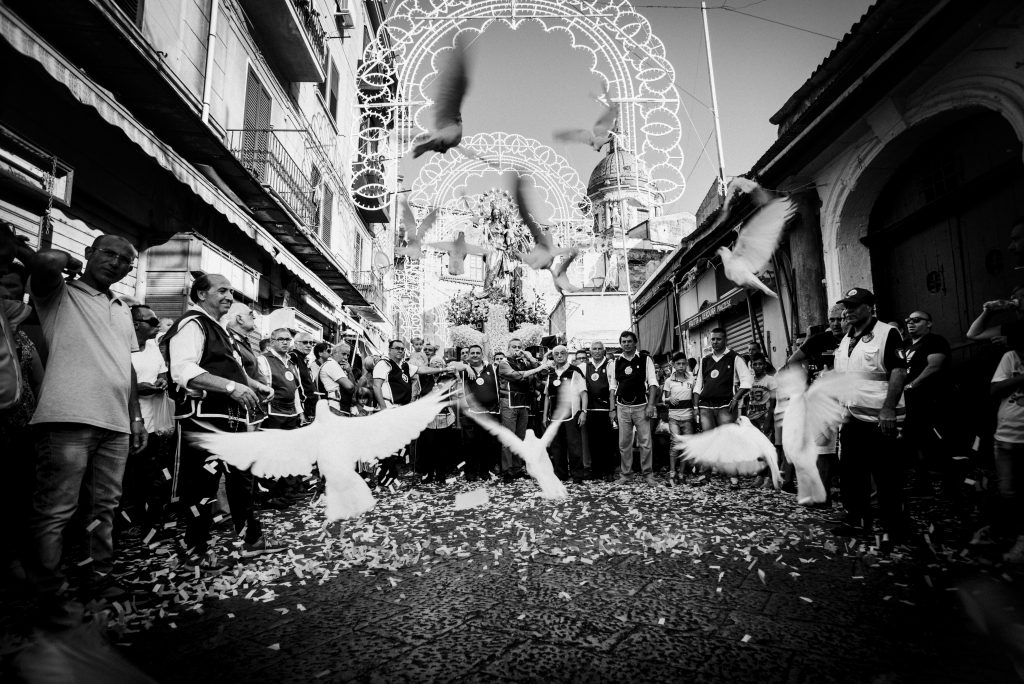 The gallery, which usually shows sculpture, is very pretty, with two floors and a staircase which separates color photographs from black and white. Large prints sell for 2 000€ and 60 X 40, for 1 200€. They are all printed on aluminum which gives them a very special brilliance and the atmosphere of Palermo is well felt even though we are in the heart of the Latin quarter.

2 Comments on “Maria Lannino brings our dear Palermo to Paris.”