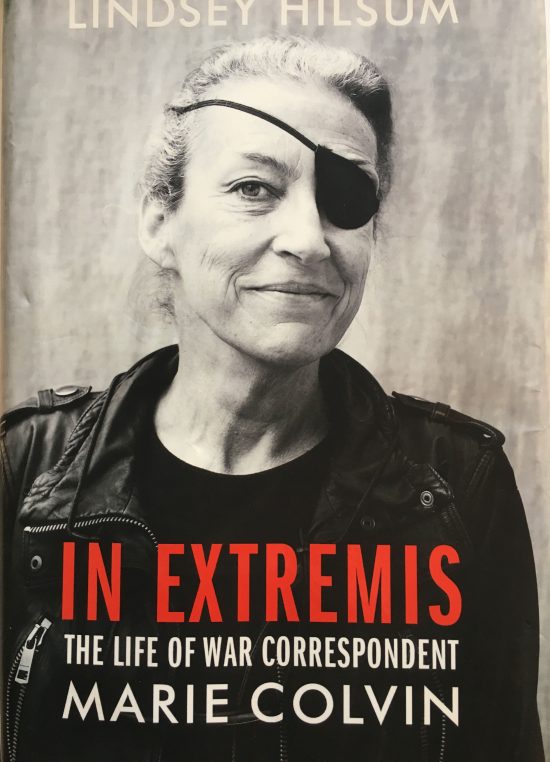 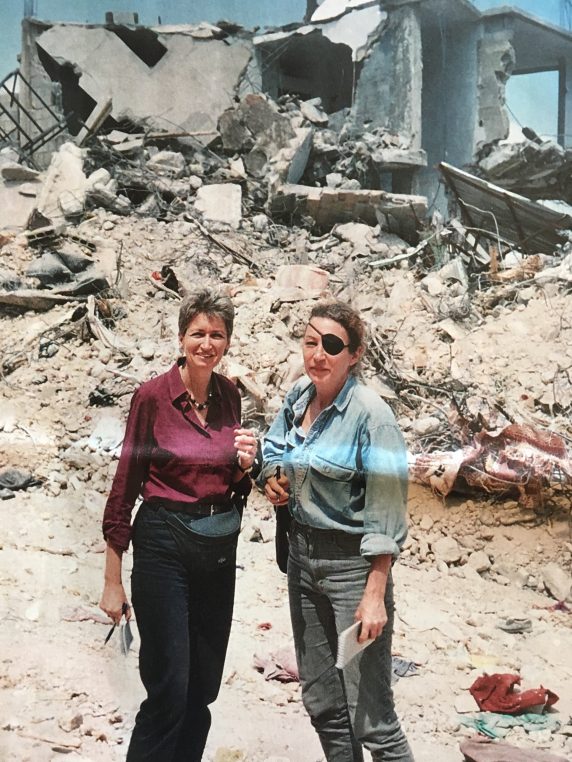 The author Lindsey Hilsum and Marie Colvin in Jenin, on the West Bank in 2002

Her face with a black patch on the left eye became synonymous of courage for war reporters, after Marie Colvin was wounded in Sri Lanka while covering the civil war in April 2001. She had already been a journalist for twenty years after graduating from Yale University and travelling to Brazil and Mexico as a young woman. In the page turner biography, “In Extremis“,  Lindsey Hilsum, one of her fervent disciples, mentions John Hersey at Yale, as changing the course of her life with his non fiction writing class. She eventually died in Syria in 2012, was honored in Parliament by both David Cameron and David Milliband. Her life was more romantic and more tragic than any thriller.

Born in Oyster Bay, Long Island on January 12, 1956, Marie Colvin always fought her way through life. She managed to interview the greatest leaders of her time, Gaddafi, Arafat, Saddam Hussein and always rendered the human side of their personality. She covered all the wars from the 90’s to 2012, in Lebanon, Sri Lanka, Chechnya, East Timor, Kosovo, Kuwait, The Arab Spring in Tunisia,  Afghanistan and Irak, Libya and finally Syria.  She was drinking and smoking, loving many of her fellow reporter friends, and meeting them back in London at the Frontline club or the Groucho. She did most of her writing for the Sunday Times and the Times in London after starting at UPI (United Press International) in Paris. But she also contributed to British Vogue for her friend Alex Shulman. 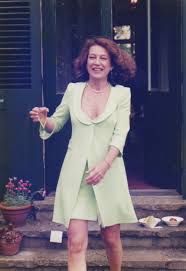 Marie Colvin at her wedding with Juan Carlos Gumucio in 1995

Her friend Lindsey Hilsum, who works for Channel 4 News as the International editor, had the courage and patience to research her life in detail, quoting from many of her articles and interviewing hundreds of her friends. Also reading through her 300 journals.

Marie married twice (a Brit and a Bolivian, both war reporters) and had many tempestuous affairs. Her adventurous life did not go with marital bliss. Far from it. She received the British Press award for Reporter of the year in 2010.

“In Extremis” is published by Farrar Straus & Giroux in the US and by Chatto and Windus in GB. “A private war” is the film by Matthew Heineman based on her life.

2 Comments on “Marie Colvin, what a fascinating but tragic life!”