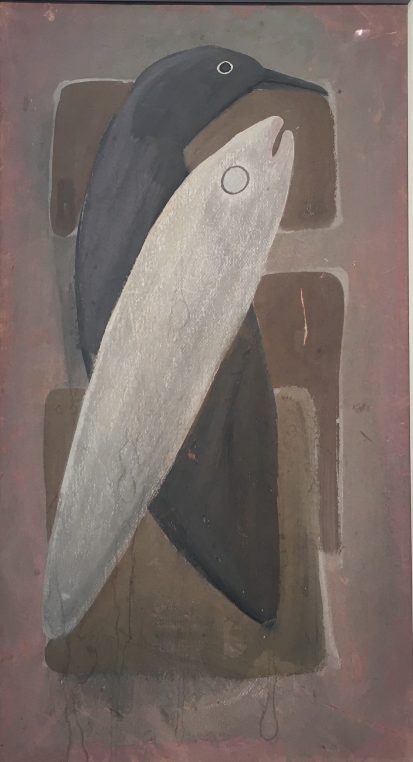 Galerist Jeanne Bucher discovered Mark Tobey (1890-1976) in New York in 1945, just before her death, and the gallery pursued her love for the artist and organized his first personal exhibition in 1955 in Paris, followed by an exhibition at the Tate in 1956 and one at Musée des Arts Décoratifs in 1961. “The Wise man of Seattle” as he was nicknamed, is one of the founders of modernity and he influenced Donald Judd’s minimalism, Cy Twombly’s scripts, Brice Marden’s encounters with Eastern art, Robert Ryan’s romance with white. His works are present in many museums from Fondation Beyeler in Basel to MoMA, the Whitney, the Tate… Centre Pompidou in Paris lent a large painting “Unknown Journey” from 1966, acquired from Jeanne Bucher. Private collectors Jean Gabriel de Bueil and Stanislas Ract-Madoux lent ten works. Very influenced by Asia, this corpus of 40 paintings is magically set in the Marais gallery where his diversity of style and colors can truly explode. 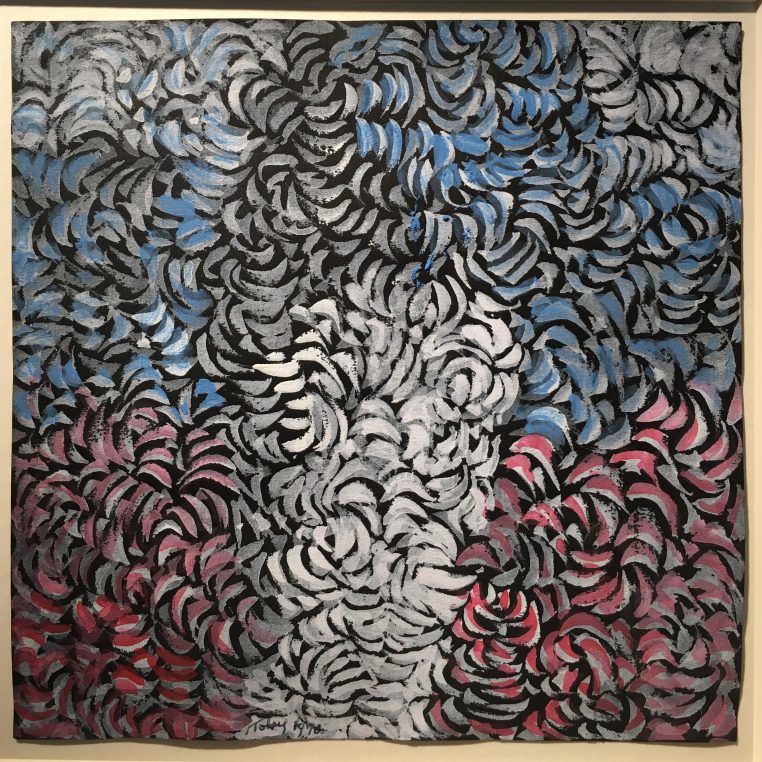 I was very surprised by the refinement and sensitivity expressed by Mark Tobey in his mostly small formats. While he spent most of his life in America, in Wisconsin, where he was born, in Chicago where he trained, in Seattle where he lived, Tobey traveled a lot and moved to England to teach in Devonshire. There he met Bernard Leach the potter who had been raised in the East, in Hong Kong and Japan and they travelled together. This led to his “White writings”, the calligraphy in white which he developed after discovering the Japanese art. A declared homosexual, he fled America for good  in the mid fifties, during the McCarthy years, and moved to Basel where Ernst Beyeler welcomed him. In Europe he adopted the small formats which were not fashionable in America at the time but corresponded much more to his philosophy and spiritualism. 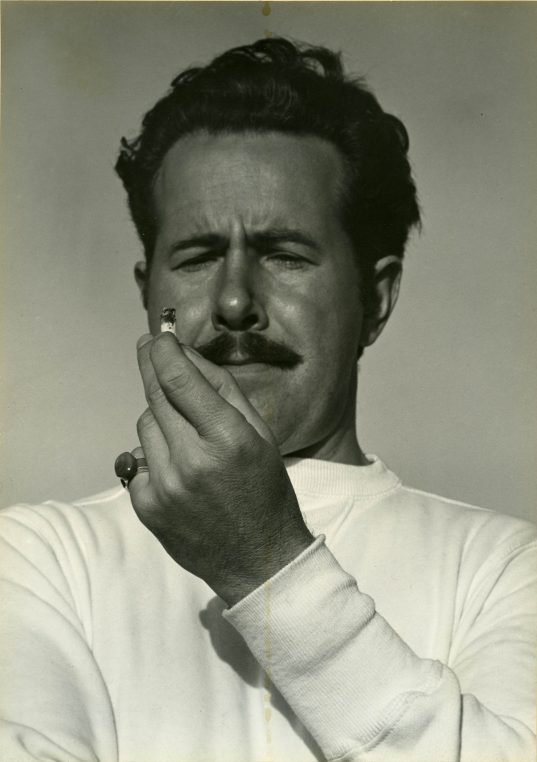 Converted to the Bahaï faith in 1918, he moved to Seattle and searched the harmony that reigns between humanity and the whole of nature. He defined himself as neither abstract nor figurative and you can discover this well, in his paintings at the gallery. “Rive gauche” 1955  (Left Bank) for example, appears to be totally abstract and yet one imagines little characters dancing on the canvas. This is also true of the extraordinary “The Jazz Singer” of 1954. He was a close friend of John Cage and had started studying music in 1939. 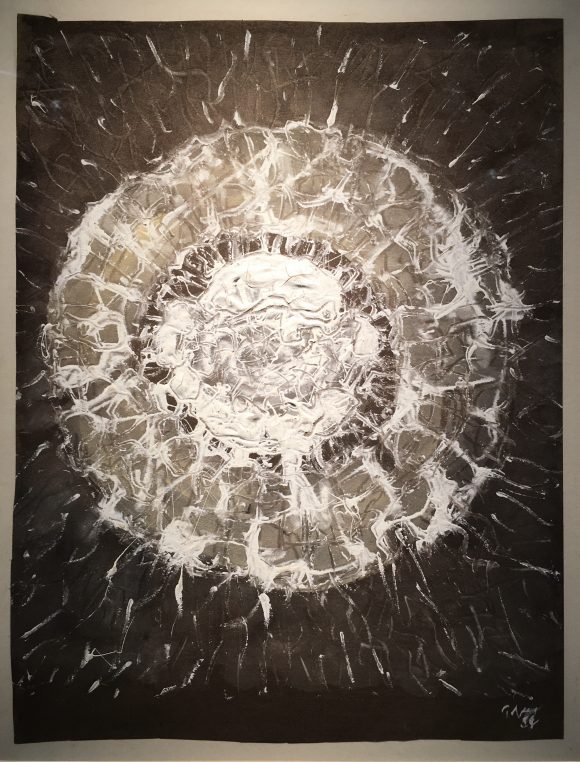 The wonderful curator François Mathey wrote an essay on him when he organized the show at Musée des Arts Décoratifs and Janet Flanner also wrote a text in l’Oeil: both feature in the catalog. The space and the scenography of the show are very exceptional and you should definitely visit when you are in the Marais. 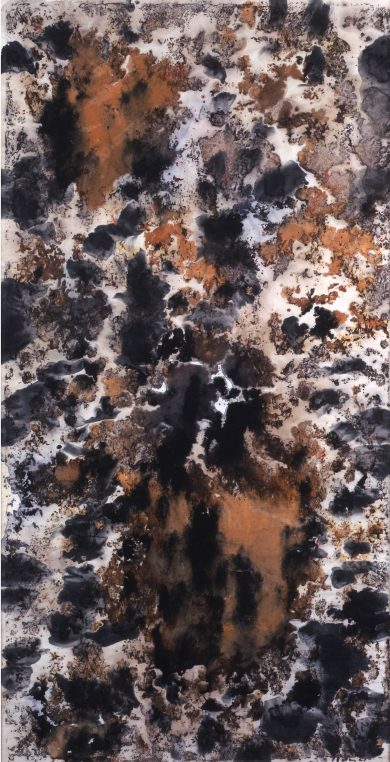 After the magnificent show on Maria Helena Vieira da Silva last year, Galerie Jeanne Bucher Jaeger demonstrates its talent with a powerful show which is not commercial. But who knows If you want to buy a Mark Tobey, they might find one for you?From Friday, October 16 to February 12, 5 rue de Saintonge, Paris 3.

2 Comments on “Mark Tobey is rediscovered at Jeanne Bucher Jaeger”