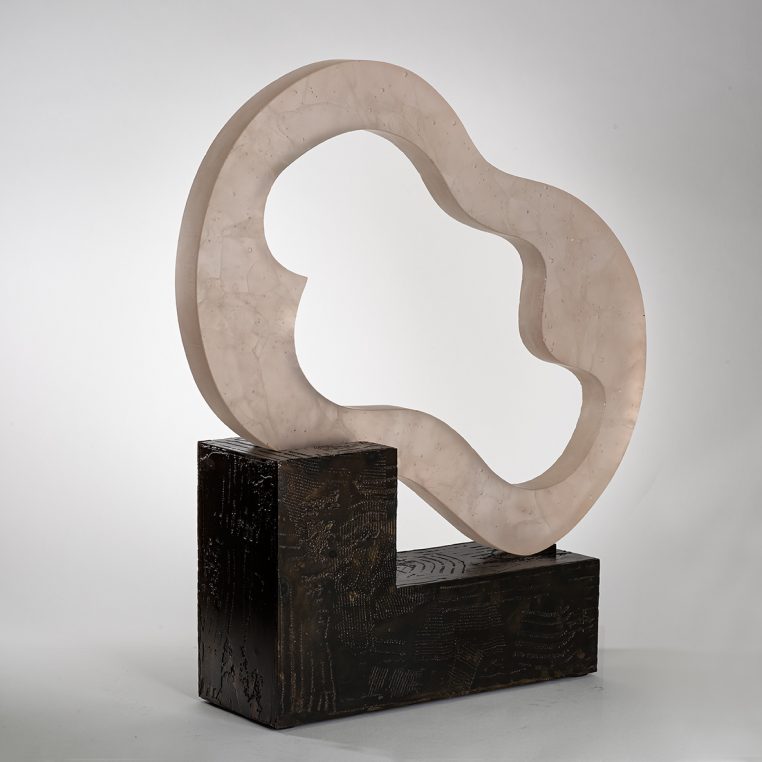 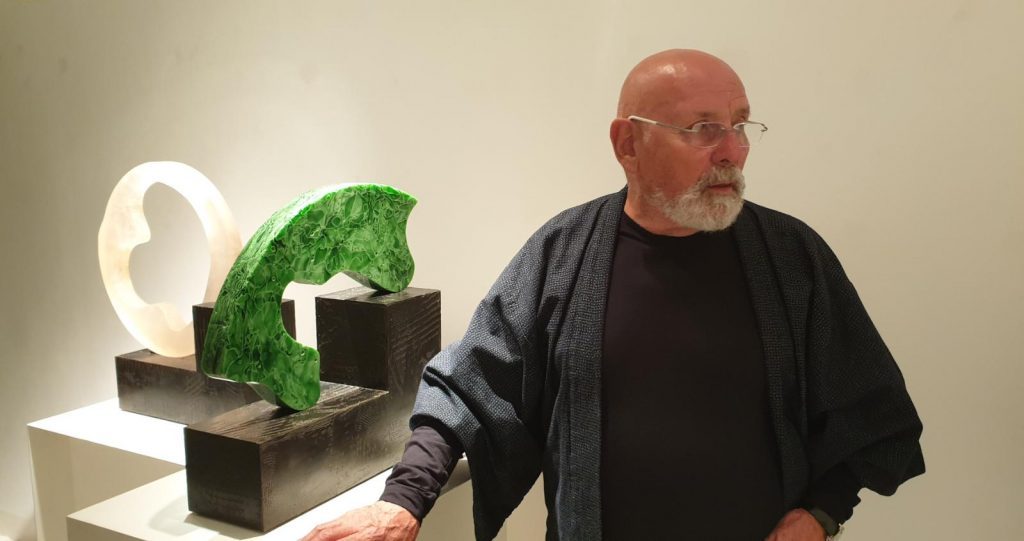 When he left Rumania and arrived in Paris in 1981, Matei Negreanu already had a career as an artist. It took him very little time to exhibit his glass sculptures which were made of thin layers of glass, cut out, sanded and assembled in his modest room. His works have evolved over the years but his style remains very identifiable and he continues to use green as a color, which I love. He has a new show at Galerie Clara Scremini until October 12. 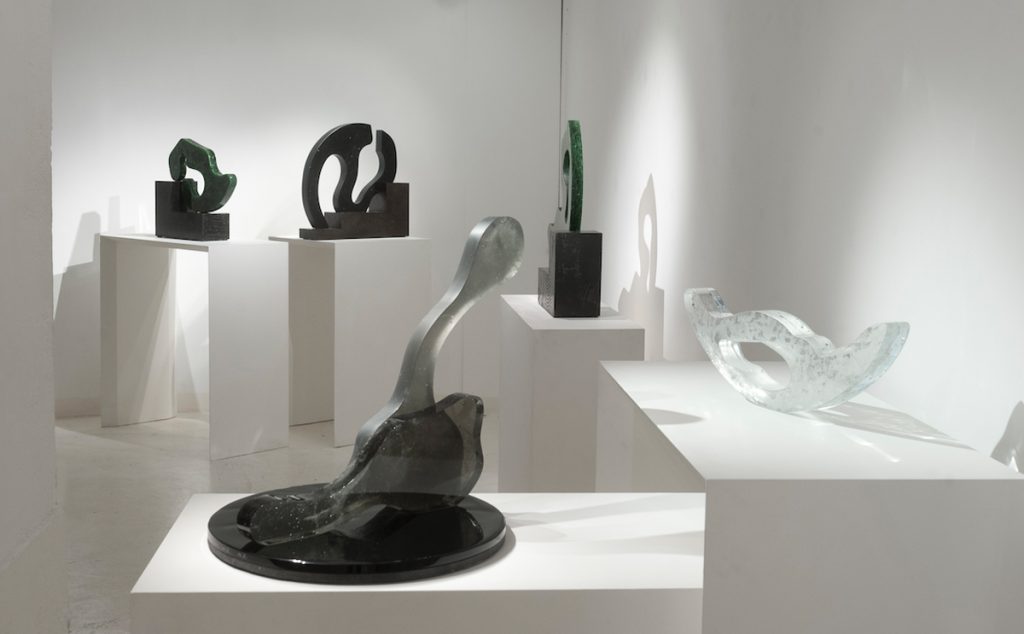 A general view of the Clara Scremini gallery, © Patrice Bouvier

The lightness of his sculptures in cristal- pâte de verre and the way he plays with the light and reflections gives magic to the works. After a series of green “wings” which looked like they were going to fly off in the air, Matei is now using solid steel bases and sculpts “voids” in cristal-pâte de verre. It is spectacular. 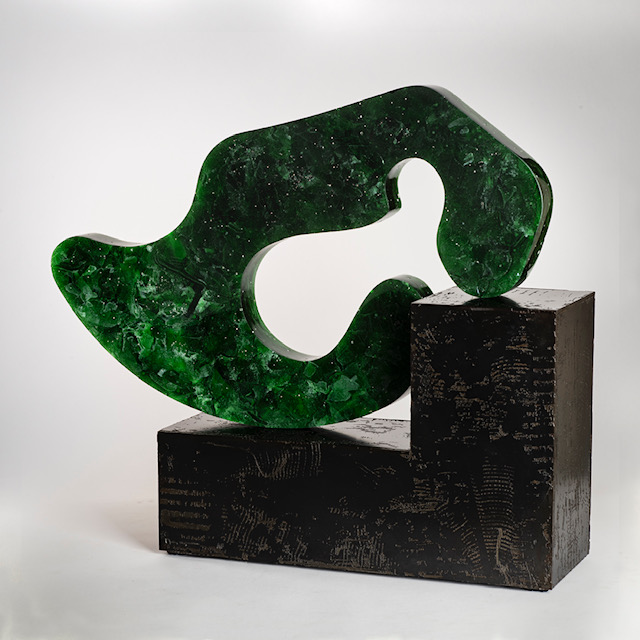 He worked for many years in Sologne and exhibited at Galerie Capazza in Nançay. Now he shares his time between Southern Brittany, where the sea has inspired new works and Paris where he has a large workshop. 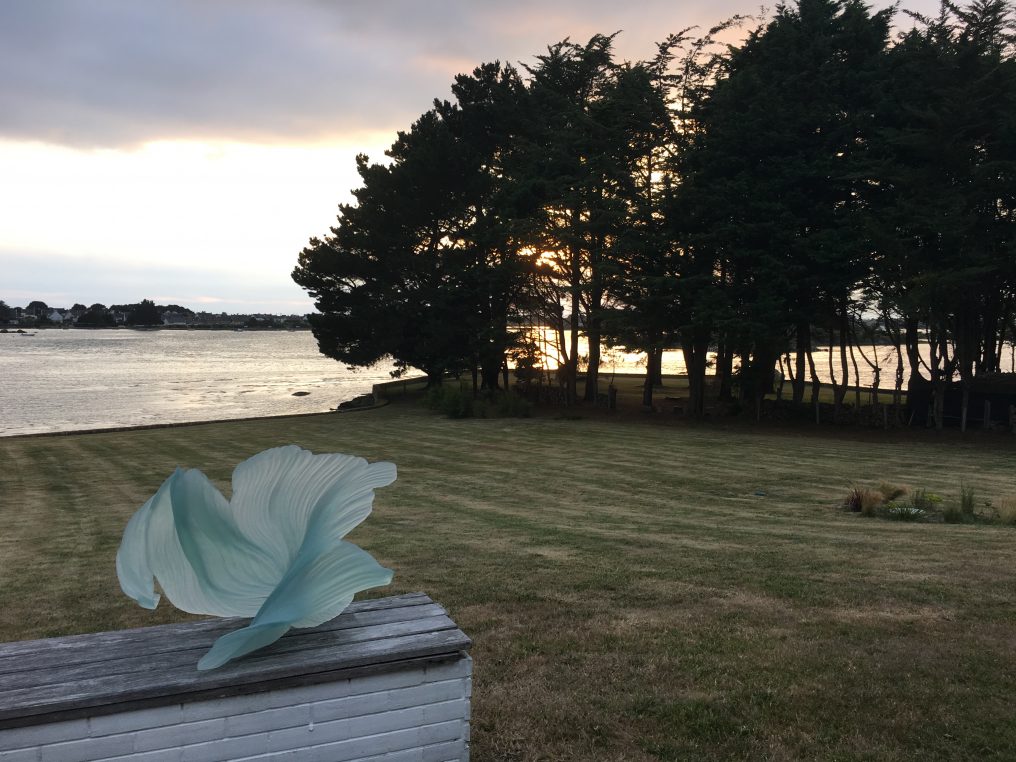 Matei’s artistic life has always been intense and many museums collect his work. MAD in Paris, Unterlinden in Colmar, the Ulster Museum in Belfast and Musée du verre in Sans- Poterie, but also the Mobile Museum of Art in Alabama and the Hokkaido museum.