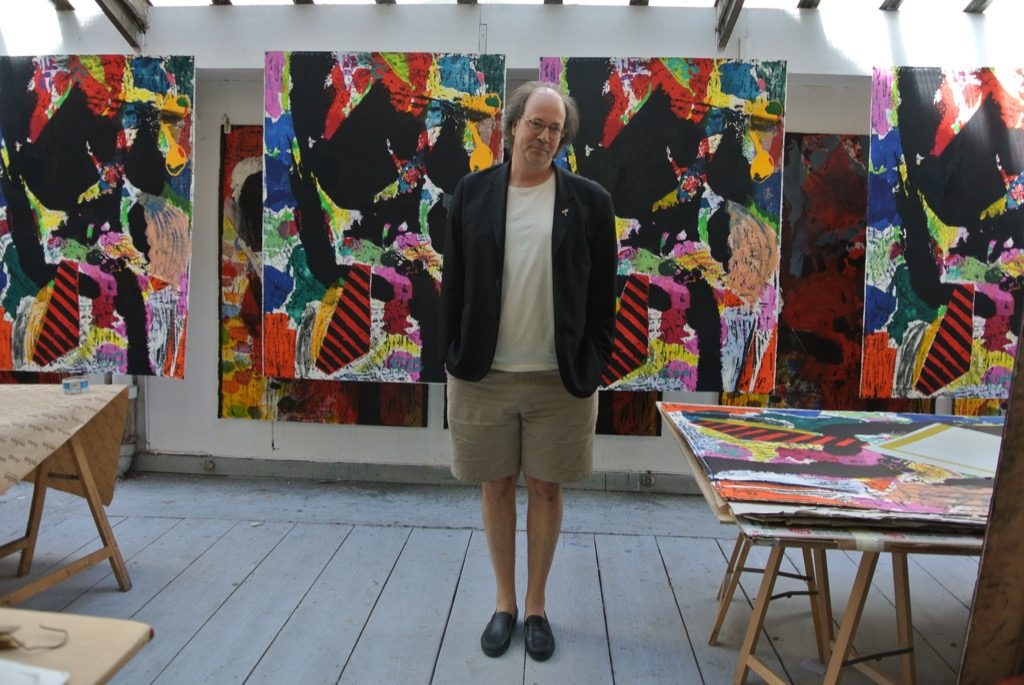 Michael Woolworth in front of his latest Jim Dine lithographs

When he came to Paris from Maine, on a year abroad in 1979, Michael Woolworth thought he would wait on tables and play around. A more important calling was awaiting him. He met a lithograph in the Marais, who needed an apprentice and became fascinated by this old technic of printing with engraved wood or stone. 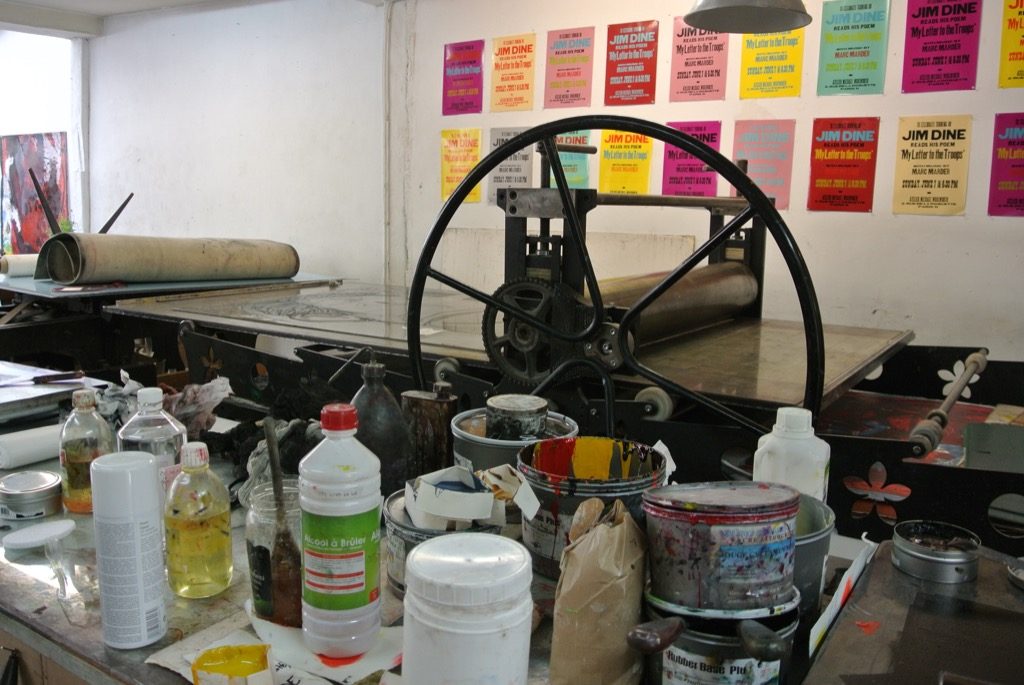 Thirty six years later, he is a chevalier des Arts et des Lettres and a « Maître d’Art », an official function which is getting him respect and state sponsorship. He speaks French (like an erudite) about his artists, his machines, his passion. The workshop he moved into at 2 rue de la Roquette, is lit by glass roofs and divided in two parts. 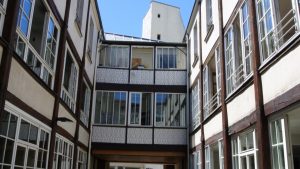 A huge atelier where Jim Dine’s large prints are hanging and drying before being shipped to his gallery in London, and another smaller studio in front, where French artist Mélanie Delattre-Vogt is preparing a series of works on culinary dishes such as octopus and Fromage de Tête. 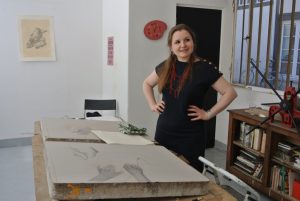 A few young assistants from Ecole des Beaux Arts are waiting for their daily lunch cooked on the premises and Michael talks about celebrating his workshop’s 30 th anniversary this fall.
He has a  dual occupation of finding young artists and commissioning their works which he will eventually commercialize, and being the master printer for already established painters.

He likes this multitask profession which has kept him overly busy in Paris for all these years. With his partner, writer and museum curator, Laurie Hurwitz, he navigates in an International artistic world but, at the bottom line, he is just a passionate « artisan ».

One Comment on “Michael Woolworth, an American “Maître d’Art””