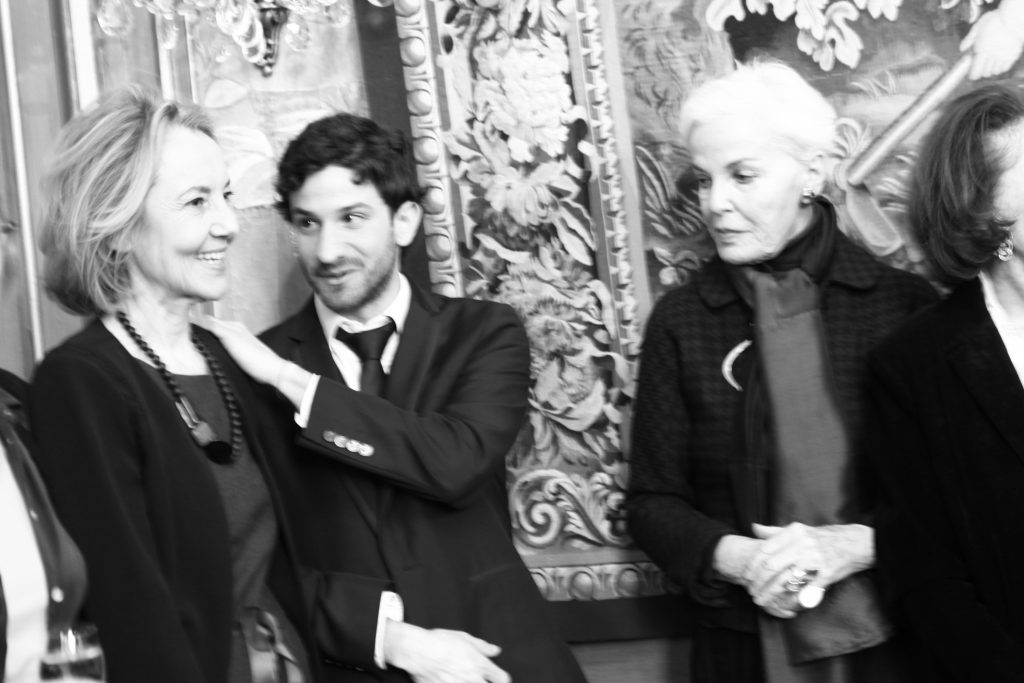 The Prix Edmée de la Rochefoucauld is given every year to the author of a first novel, and I always try to attend the Prize giving ceremony at Cercle Interallié, for its president, Hélène de la Baume, is charming and the lunch time cocktail party always fun and glamorous.

But this year there was a special bonus ! the 27 year old Venezuealan born writer Miguel Bonnefoy, was so intense and passionate about literature that one could not resist buying and reading his book « Le voyage d’Octavio » instantly.

It is rare to be so immediately enchanted by a new world, that of illiterate Don Octavio, who lives in a slum village near Caracas at the beginning of the XX th century. But the short novel (123 pages), written in impeccable French, is impossible to put down. I read it on the subway, before going to sleep and again when I woke up and felt immersed in this Latin American world just the way I was when I first read « Love in the time of Cholera » by Gabriel Garcia Marquez. And one of the “highs” of the book, is when Don Octavio carries a table on his back to the chemist, because the doctor has written the prescription on the table and he cannot read it. 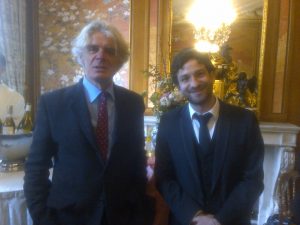 « I dream and I count in Spanish » says Bonnefoy « but I write in French, I like the trickery of rhetorics and the labyrinths of the French language. » He has traveled to Chile and Venezuela many times but this novel remains a fantasy vision of “his” Latin America. « Venezuela has always been a country that invaders went through, on their way to Peru or Colombia. When Cuban doctors started coming under the Chavez presidency, poor people started to get cured and educated. I write about illiteracy because I am so in love with the magic of writing ».

While handing him the Prize, one could feel that Dominique Bona, who recently joined the French Academy, was already thinking of him as a future colleague. (Editions Rivage)