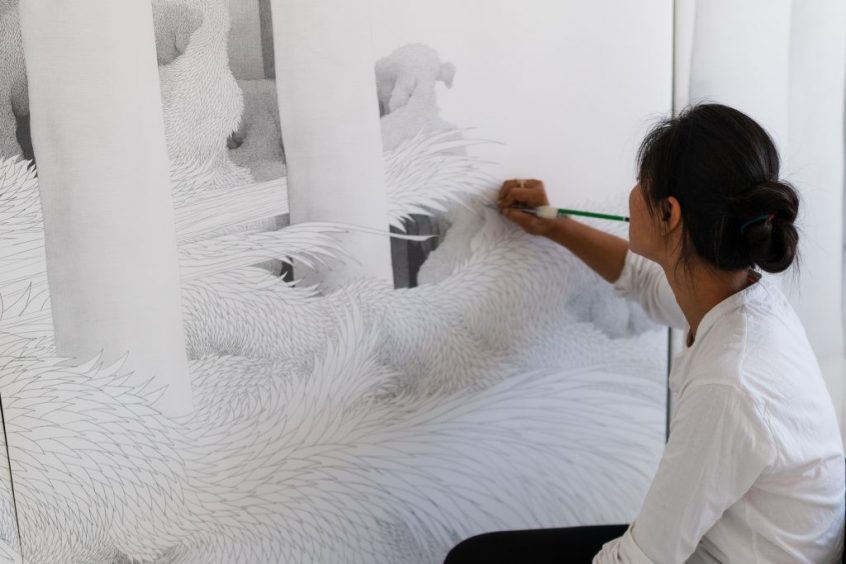 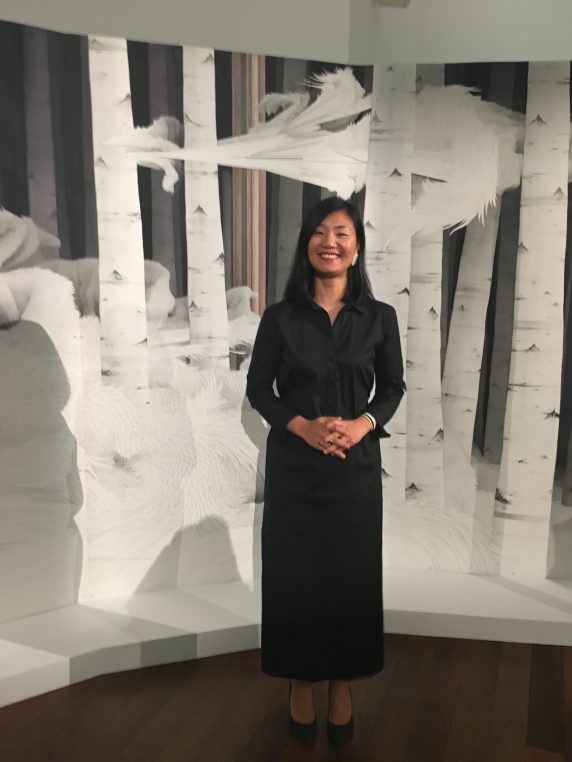 I first met the Danish galerist Maria Lund when I bought, at Salon du dessin, a drawing on wood, by Korean artist Yoon Ji-Eun who studied at Ecole des Beaux Arts in Jean Michel Alberola’s studio. And I was happily surprised to meet at Musée Guimet one of her fellow students Min Jung-Yeon, who, like her, has remained in Paris and become a celebrated artist. The 40 year old artist has “carte libre”  on the top floor of the museum with a beautiful birch forest, until February 17. 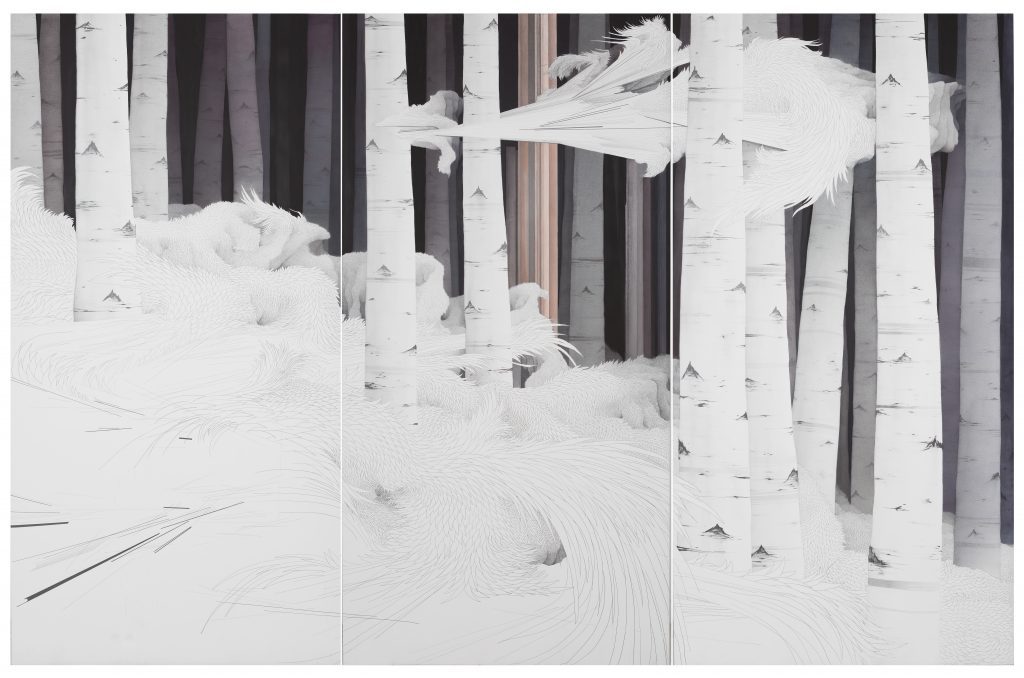 Born and raised in the countryside in Korea, Min Jung-Yeong is inspired by taoism when mixing harmony and chaos, city and nature, exploring differences. Her installation “Tissage” (weaving) is a forest inspired by contrasting memories of when she was a small child. She used to play in the forest with other children and later on, she was attacked by an older man. Made of birch trees, metallic pipes and mirrors, it gives a feeling of poetry and yet is totally artificial. 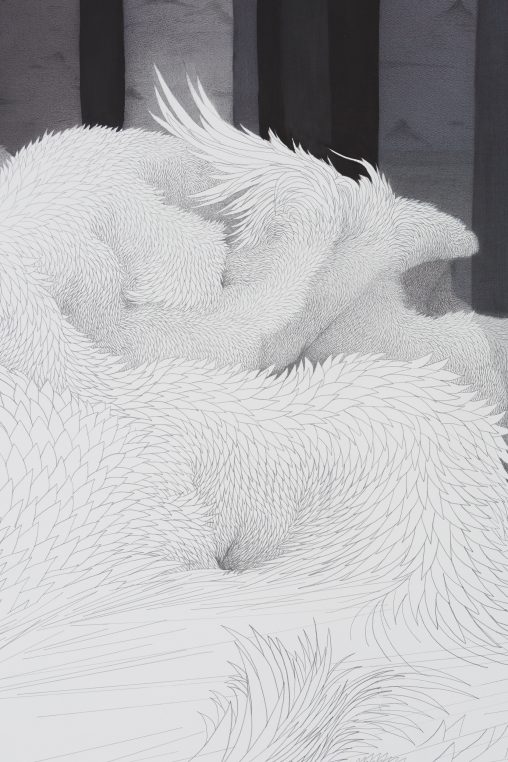 This strange forest is also an image of the explosive political situation between the two Koreas. The apparent peace is constantly threatened and it’s only while living in France, very far from her country that she can find the calm to describe this in her work. “Weaving” the reconciliation is on her mind. Whether she uses watercolor of ensile, China ink or acrylic, Min Jung-Yeon works in her studio in Cannes, on very poetic topics. Feathers and birches dance in this rotunda of Musée Guimet where Sophie Makariou, the director,  tries to always show contemporary artists. This time, the 10 meter long fresco is really tantalizing. 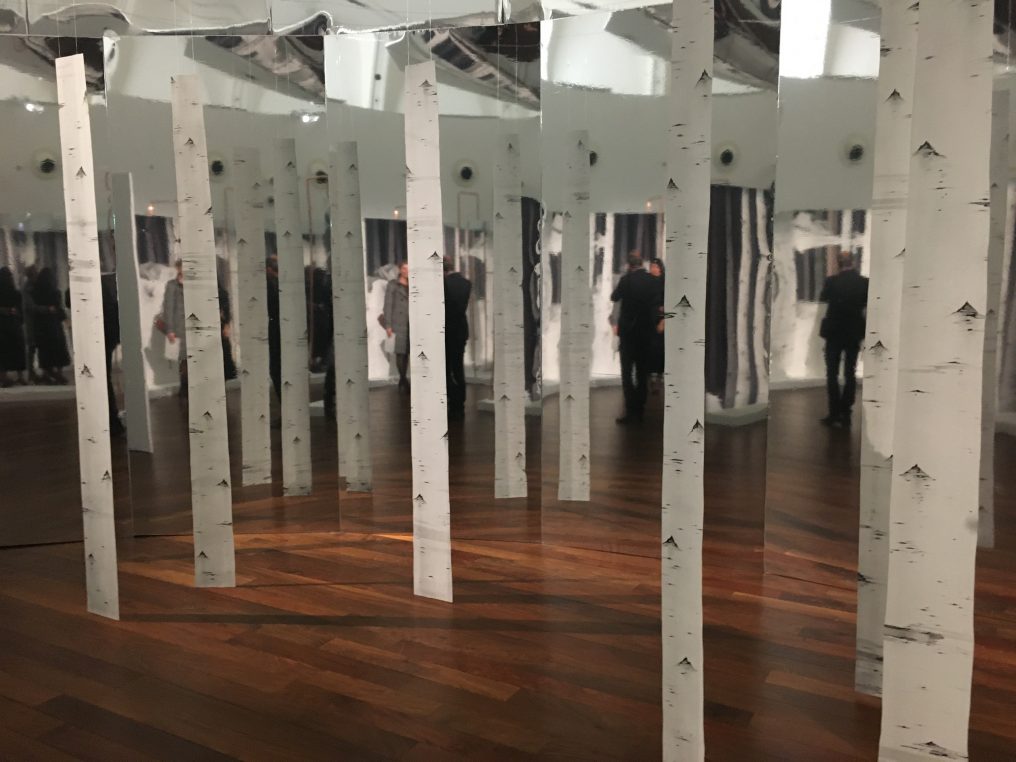 The forest is made of drawings, birch trees and mirrors

And on the second floor, do not miss the exhibition of photographs of India, “India in the mirror of photographers”, which will remind you of all your trips there: the Taj Mahal, Elephanta, New Delhi, Benares, mountains and lakes of Cachemire, etc… As soon as 1850, India discovered photography and William Baker, John Burke or Samuel Bourne left fantastic images of 19 th century places and villages. 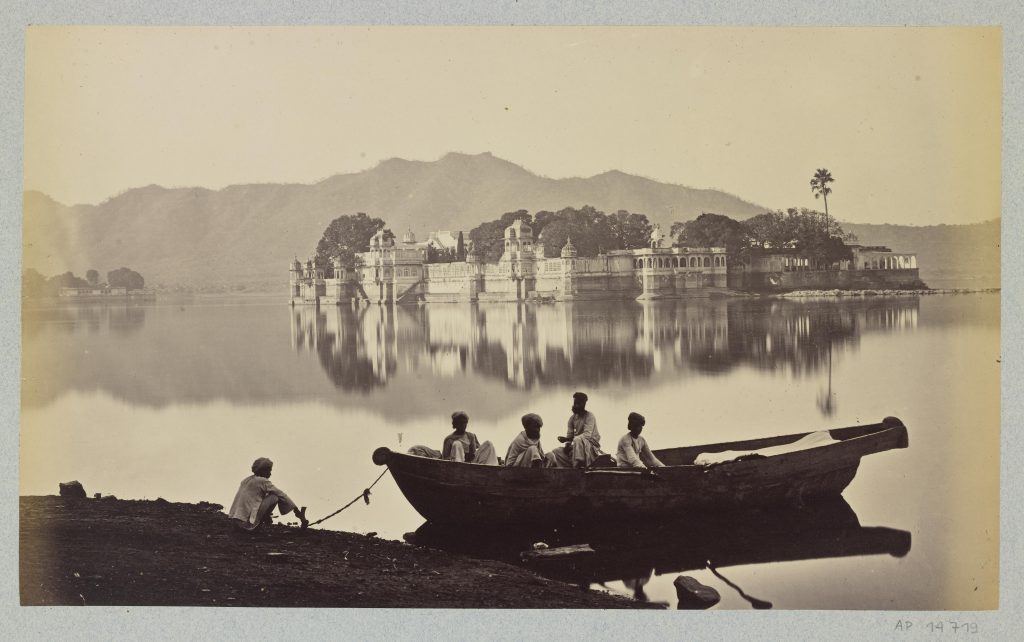