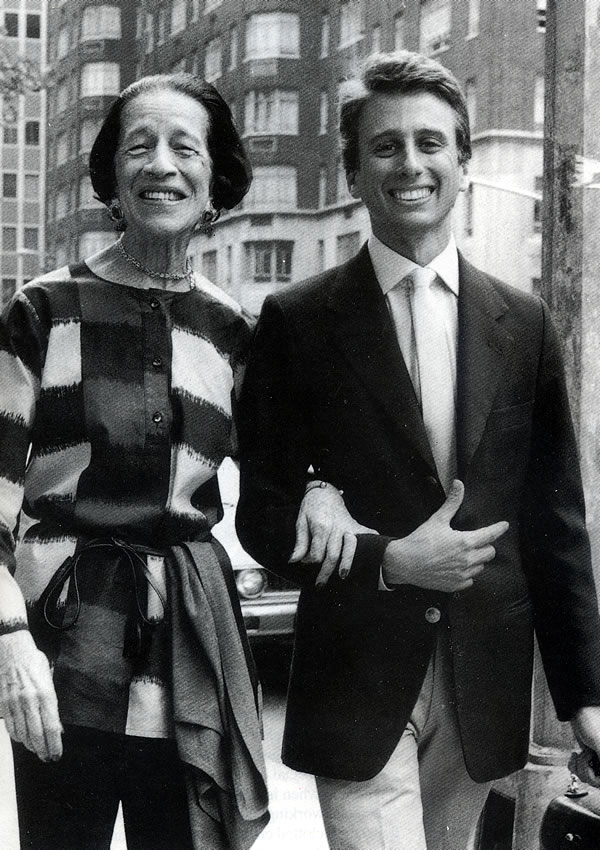 Nicky with his grandmother Diana Vreeland in New York at 25

Nicholas Vreeland was born in Geneva, where his father was a diplomat and the first time he heard of Tibet was while reading « Tintin au Tibet », a comic book widely read in French speaking countries. His first holidays as a baby, were in Portofino, a very jet set Italian resort. His grandmother was Diana Vreeland, the editor of American Vogue who created the Costume Insitute at the Metropolitan Museum.  His first work experience at 15, was as an assistant to photographer Irving Penn. From Paris and Morocco, he was sent, at 13, to Groton boarding school at a time when Cecil Beaton was photographing his family. He felt very much an outsider in the United States and he developed a  passion for photography which brought him the happiness that he lacked. “Monk with a camera” is the story of his life at 60, a beautiful film with no special effects and his unique simplicity. The story of a very special destiny. 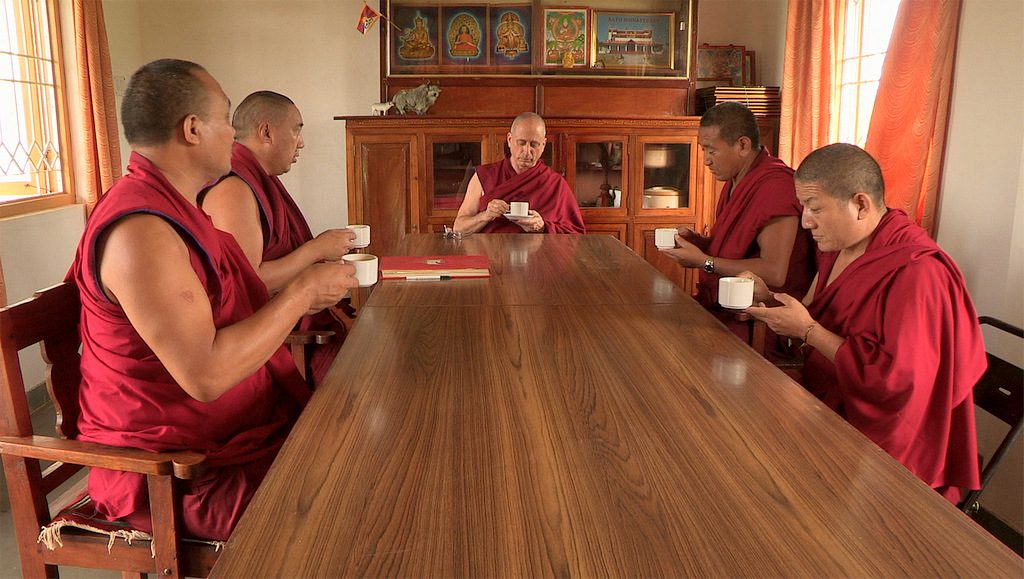 At the beginning of the film, he sips tea (or hot water?) and he is the only monk to have a soucoupe under his cup!

He later worked with Richard (Dick) Avedon whose son John is still a close friend and supporter. Priscilla Ratazzi, his long time sweetheart, took him to meditate in Mexico, the Brandolini brothers, Beatrice Caracciolo, all the golden boys and girls of New York in the 70’s were his « family ». And yet he needed more. 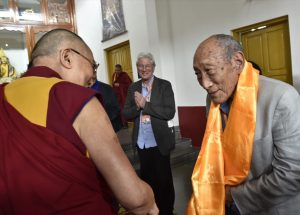 His Holiness the Dalai Lama with Kyongha Rato Rimpoche  and Richard Gere in the background this winter.

Learning to meditate with Tibetan lama,  Khyongla Rato Rimpoche, the ” Questioner” of the Dalai Lama, he soon decided to shave his hair and be an apprentice monk. He met with the Dalai Lama in 1984 and was always supported by him in his art. A strange event happened to him while he was still undecided: his cameras were stolen from his walk up, First avenue apartment in NY and he used the insurance money to travel to India and study buddhism. His steps led him to Darhamsala in Northern India where the Tibetan community had fled from Tibet when the Chinese annexed the country. 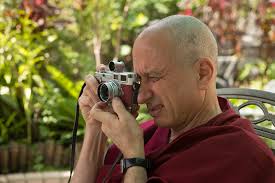 Later on,  his brother Alexander, bought him a few cameras, and he could resume his art.

With the sale of his photographies at the Leica gallery in New York and the help of Martine Frank (wife of Cartier Bresson and herself a successful photographer), he managed to raise 400 000 dollars to build a temple and enlarge the monks’ housings in Karnataka at 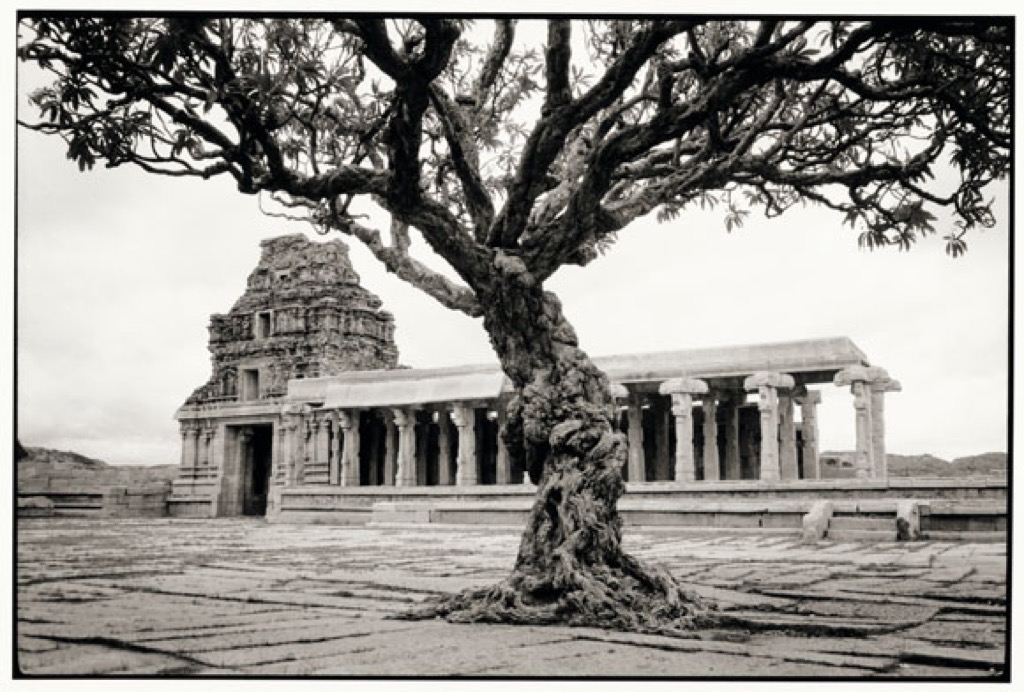 Rato Dratsang’s monastery of which he was made abbot a year ago. He is now known as Rato Khen Rinpoche.

During the 90 minute film, Nicholas Vreeland never looses his sense of humour and his modesty. What is fascinating, is the way he explains his slow path to buddhims and the life he now leeds, which surprises him as much as his friends. He has found in Tibetan teachings the road to happiness. One moment in the film is particularly moving : at some point, he announces  he is going to introduce us to his mistress and a large camera appears. He has given up a lot, for life as a monk can be very severe, but he is happy and has not changed much from the 70’s when he used to hang out in New York.

Nicky Vreeland’s destiny took strange turns, his Lobb shoes are now sandals which he polishes with the same love,  he lives the life of a monk but he is still often in New York where he runs Tibetan Center. The actor and buddhist, Richard Gere, whom I met years ago through the lovely Steve Reichard, has been a very helpful and passionate sponsor. 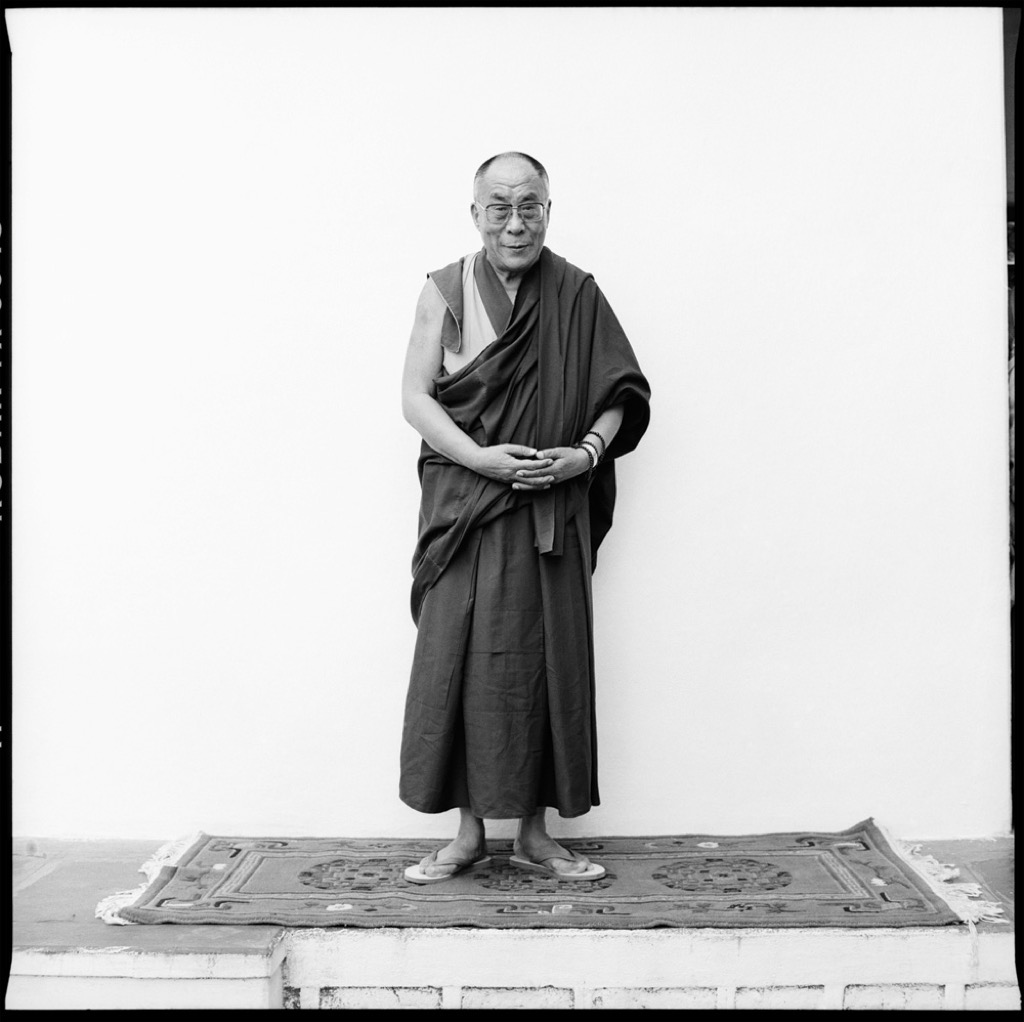 This is the first picture he took of the Dalai Lama

All of this is beautifully told in a film called  « Monk with a Camera » directed by Guido Santi and Tina Mascara, which came out in 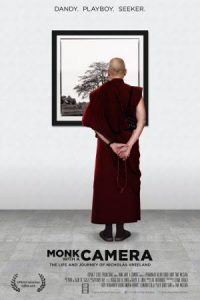 New York in November 2014 and is now available in DVD. I watched it after a long strenuous day of meetings and it relaxed me immediately in such a way, that no yoga class could have done.