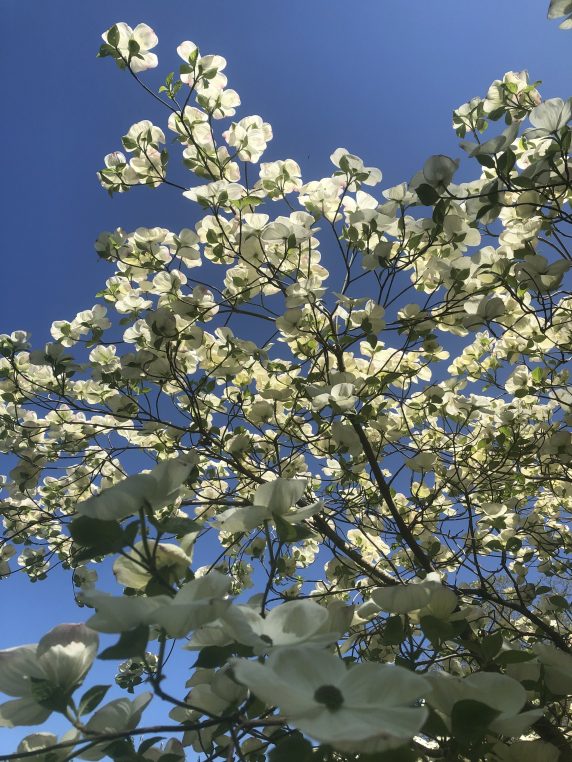 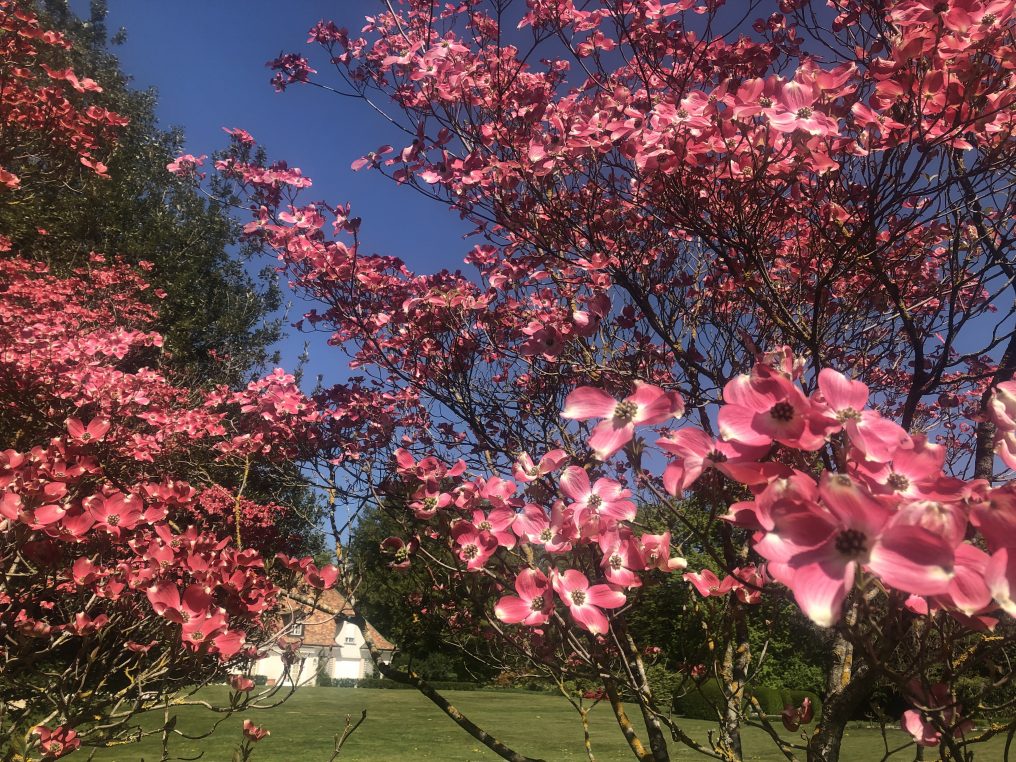 When I wrote last week that I did not understand why there were no dogwoods in France, one of you, faithful reader, sent me a picture of hers from Genthod, near Geneva. And her “Cornus Cherokee” is pink, the Cornus Nuttalli is white. What luxury! I am thrilled by your inventive ideas and delighted to find more and more shops open. Everyone is making plans for holidays in France, and owners of vacation houses are relieved to get them back for the summer from all the foreign friends who had first booked them. But of course this means that we still have to wait a bit to see you all in Paris! 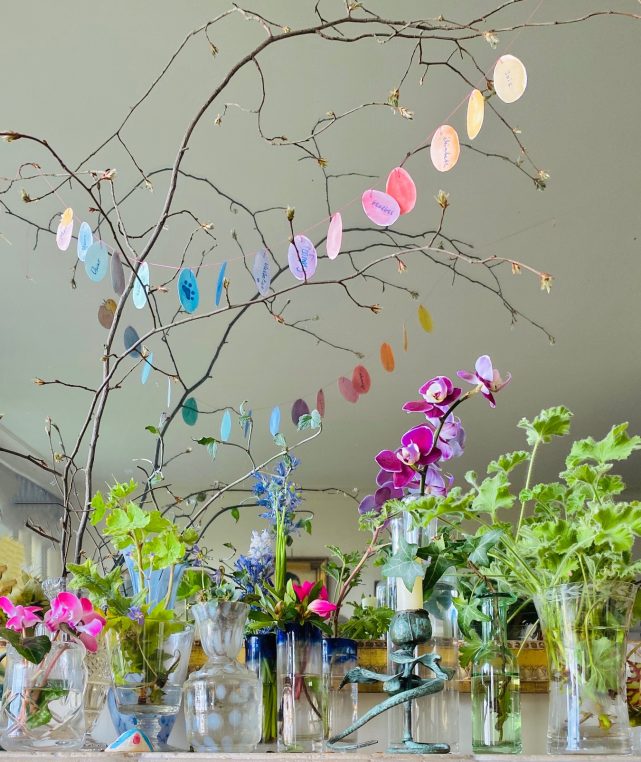 There were going to be three openings at Musée d’Art moderne de la Ville de Paris last Friday and they will have to be postponed. The surrealist painter Victor Brauner‘s monography of 80 paintings (and more drawings) is curated by Sophie Krebs and scenographed by Véronique Dollfus. It is the first exhibition on this Romanian Jewish painter, since Dominique Bozo’s in 1972, in the same museum. 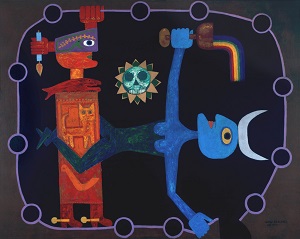 Brauner was close to André Breton and spent the war in the South of France, elaborating very imaginative works in complete poverty. In Paris, his friends were Brancusi, Tanguy and Giacometti and they shared studios between the two wars. The show will go on at the Barnes Foundation from October to January 2021.

Another exhibition is of Sarah Moon (born 1941), the model turned fashion photographer at first for Cacharel in 1968. She then developed her art in different directions including in film. She shared for 48 years the life of Robert Delpire, the founder of an advertising agency and a major publisher of photography. He ran the Centre National de la photographie and was a major influence for photographers over the last fifty years. He died in 2017.  A room dedicated to his archives can be seen at the end of the exhibition. Sarah Moon’s style is very recognizable for its often unfocused mysterious images. 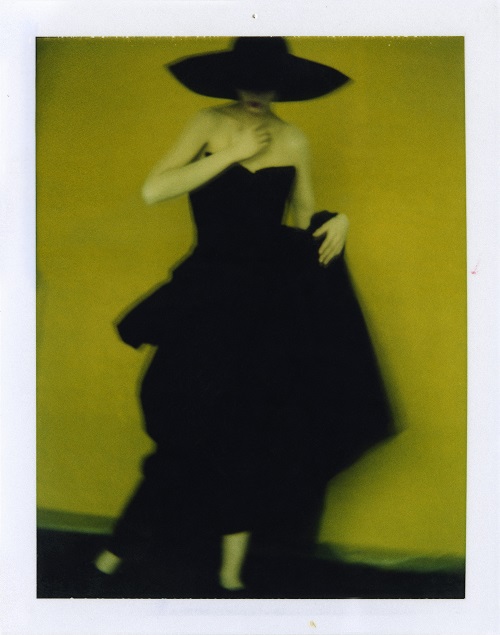 Hubert Duprat, a photographer and artist born in 1957, is the topic of the third exhibition until August 23 at Musée d’Art moderne de la Ville de Paris.

I have learnt a new word thanks to a friend who lives in Brussels, HoReCa, which is the acronym for Hotels Restaurants and Catering, a term used for the future opening date of public places… Belgium is deconfining faster than we are and individual sports can be resumed as early as the 4 th of May.  He also mentioned that his nephew, who is at school in London, has to wear a coat and tie while following classes with his teacher on skype. How British… 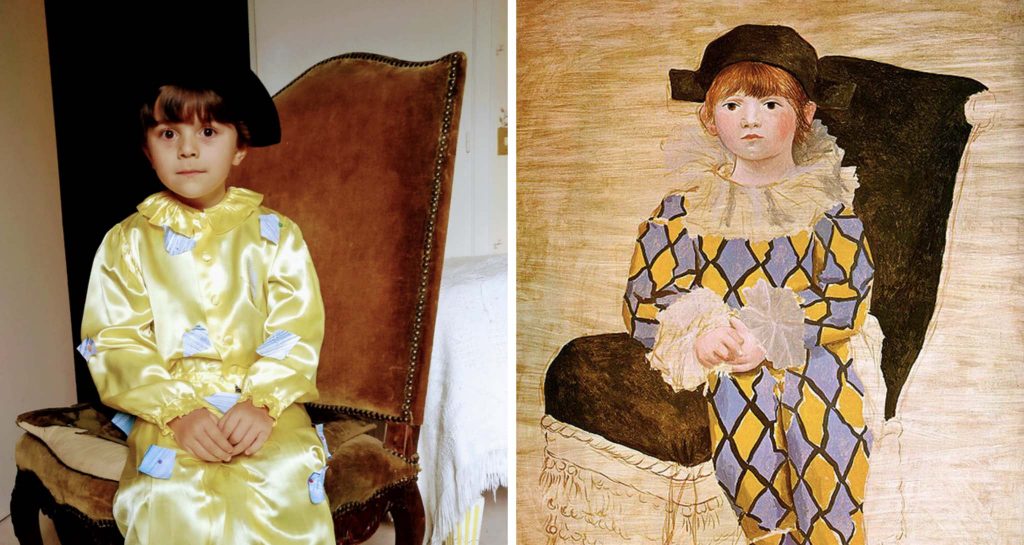 Joseph L. as Arlequin by Picasso

Confinement has led many families to invent new costumes and disguises for the children: Judith and Joseph L. have imitated Monet and Picasso and here is the result. 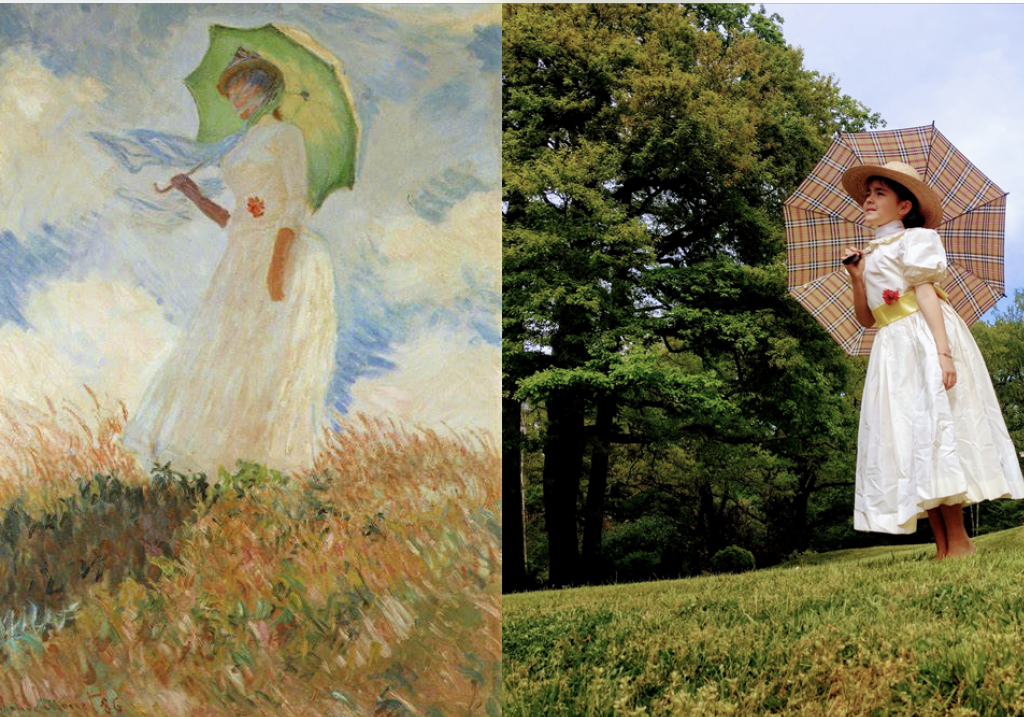 Judith L. as The Lady with an umbrella by Claude Monet

I don’t know about the situation in your country but in Paris, everyone is trading masks, in fabric or in paper. It’s become  the greatest and rarest asset and artists are already working on the theme with various genius… The new great politeness is to say: “Can I offer you a mask” instead of “would you like a drink”! 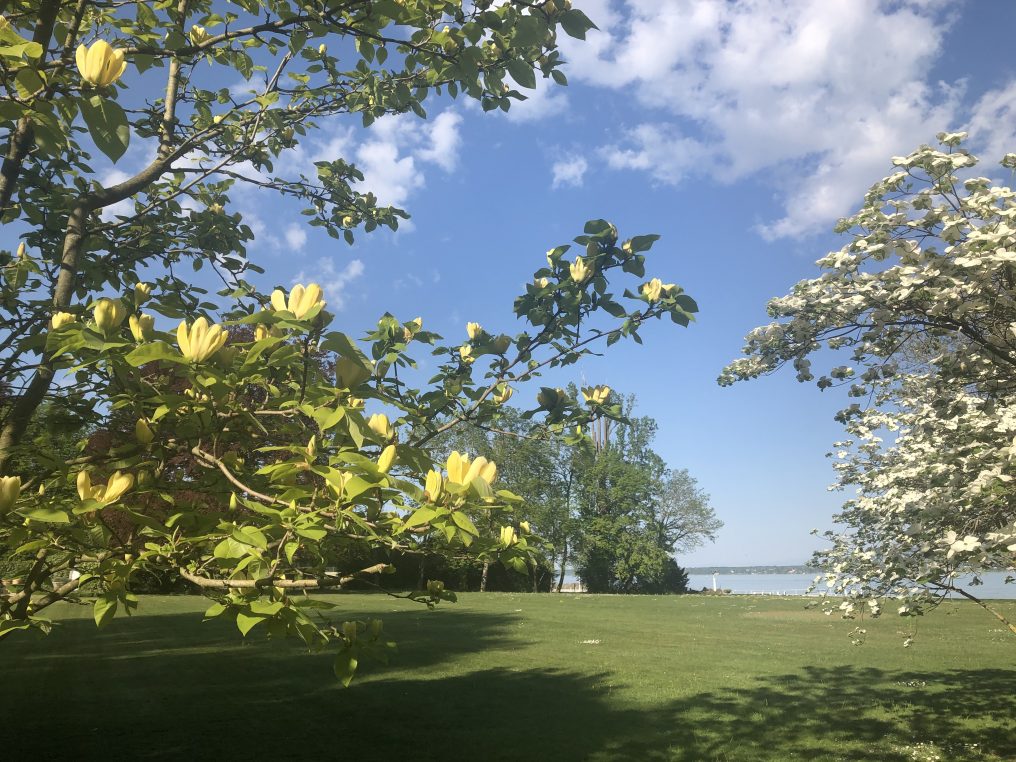 I have been very entertained by Lesley Blanch‘s biography of Pierre Loti (1850-1923) the navigator and writer, who has travelled more than anyone I know at a time when you went away for six months to the Orient or Tahiti… Lesley Blanch, Romain Gary ‘s first wife, was a great traveller herself, and the way the narrates Loti’s disheveled life, is quite fascinating. He had three (or four) sons by three different women, (including a young Basque from Hendaye because he was in awe of the Basque strength) and had an open gay life with beautiful and vigorous sailors. He wore make up at official naval functions  and was elected at the French Academy. He became a successful writer while commanding boats for the French Marine, was Sarah Bernhardt’s dear friend and socialized with royalties and duchesses. His house, decorated as an orientalist salon, in Rochefort (Charentes) has been under work and closed for 8 years… 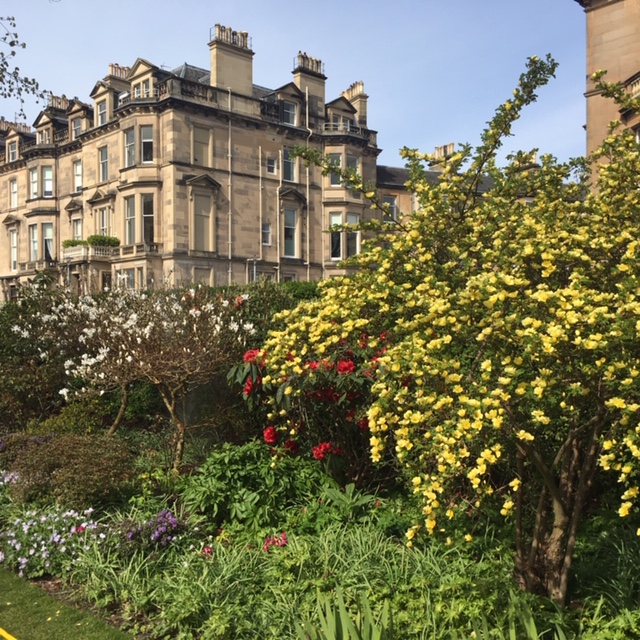 The lush vegetation of Central Park in the center of Edinburgh, photo Theodora Zemek

Lesley Blanch died at 103 in 2007, in Menton. She had, herself, led an incredibly exotic life, and is most famous for her book “The Wilder shores of Love”.  She was married to French writer Romain Gary and travelled to California with him when he was French consul there. Georgia de Chamberet, her goddaughter and literary executor, has edited her Memoirs and is developing at the moment some movie projects of her numerous books. It’s about time her adventures should be put on film! 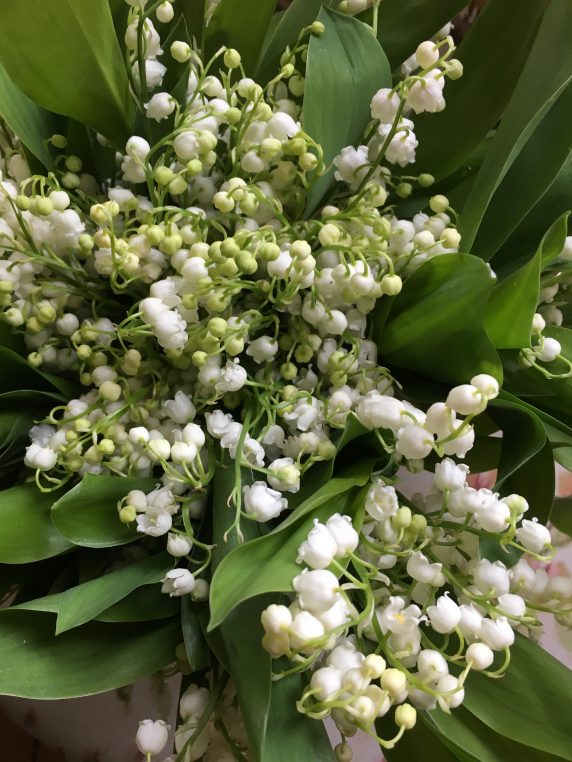 Keep sending me recipes and garden photos. It cheers me up and all of us too! And don’t forget to give Lily of the Valley to your friends on May 1st…