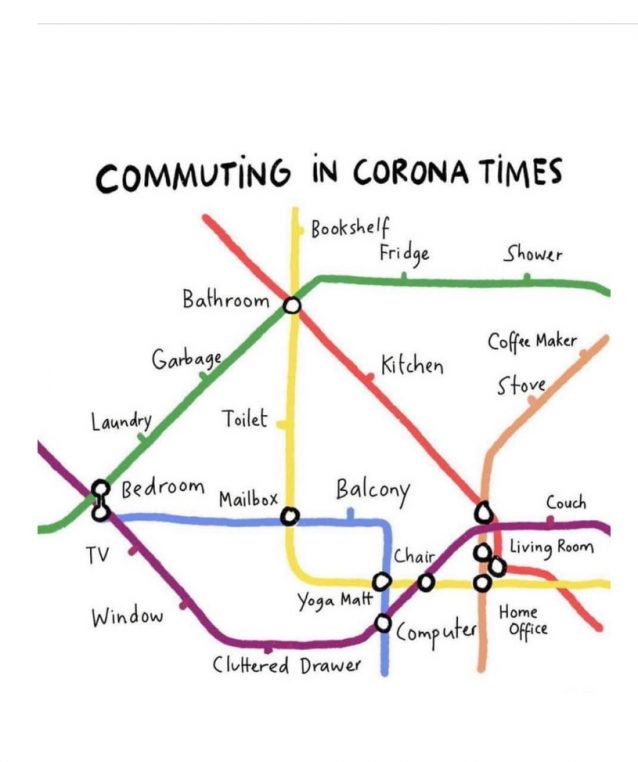 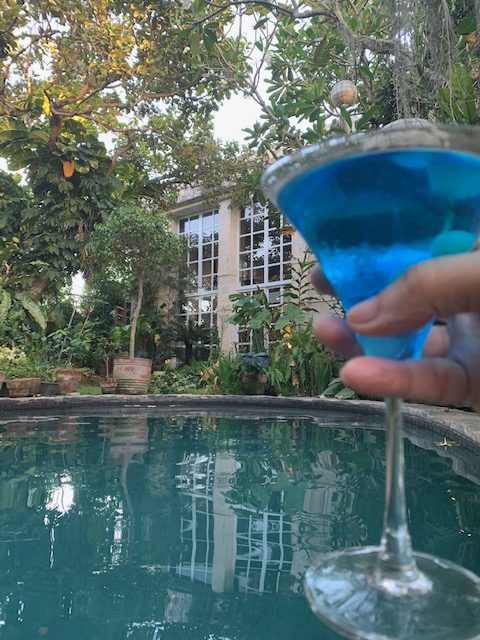 Sharing a drink from Garrison’s pool in Maribago, on Mactan Island in Cebu, one of the 700 islands of Philippines

While Garrison Rousseau is happily having a drink by his pool on Mactan Island in Cebu, Nicky Vreeland, continues his recording in black and white of the Tibetan monastery in Southern India, which he runs and  where he is confined. The Monastery is called Rato Dratsang and is located in Mundgod, in  Karnataka. Nicky, the grand son of Vogue editor Diana Vreeland,  apprenticed with Richard Avedon in New York in the 1970’s and is now the abbot of the monastery, a fully ordained Tibetan monk, dedicating his photographic skills to his people. You can see and buy his photographs on line. 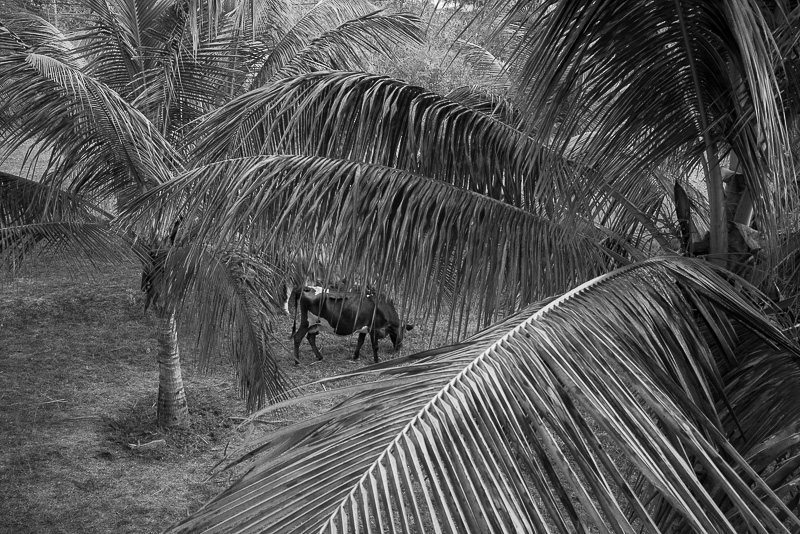 Nicholas Vreeland, View from Lockdown, “Peak out to see our cow”, in the Tibetan monastery of Rato Dratsang

In Santa Barbara, my nephew Adrian Oscar was born on March 24, and the news of a new life appearing in these times of illness was a great boost for the week! When he is older, he will be told what a great joy his birth was! His parents who usually live in Shanghai have even managed to find a Chinese nurse to help his older siblings do their homework… 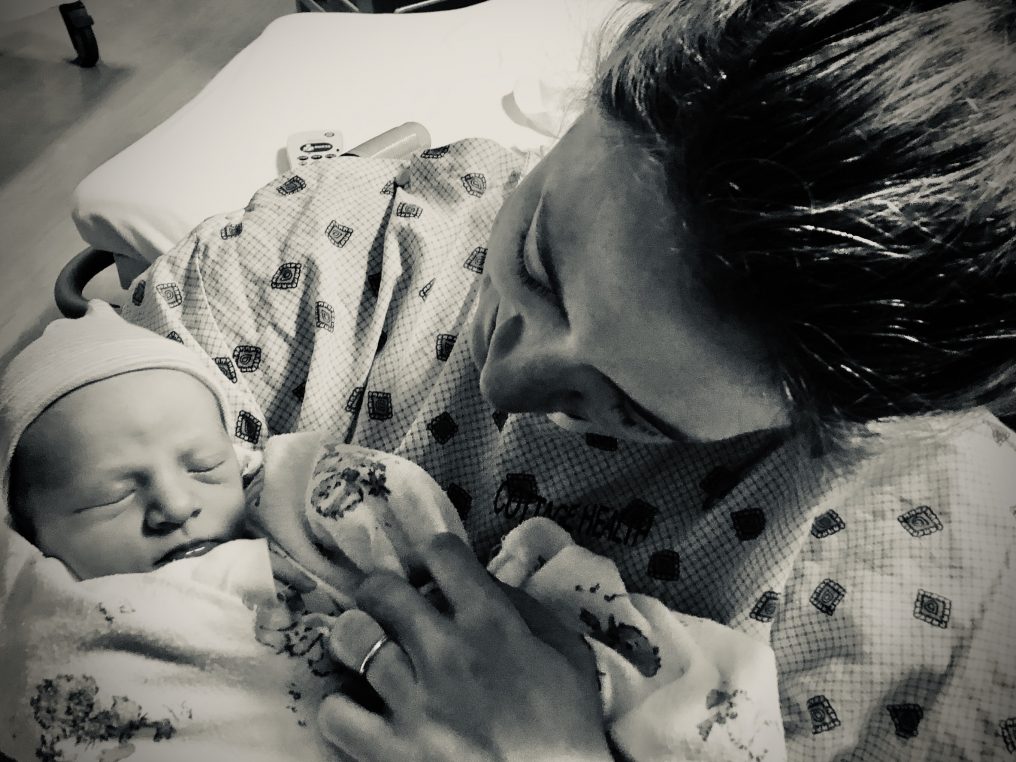 Adrian Oscar with his mother Elisabeth

I have been watching “Le Bazar de la Charité“, the Bonfire of destiny (a 13 episode series on Netflix), which is not perfect, but gives a good idea of the political and social attitudes of French society at the beginning of the 20 th century. The event, which took place in Paris on May 4, 1897, is of the fire which killed 120 people at a High Society charity event where art works, food, jewelry were sold to profit the poor, and the first Lumière movies shown on 15-17 rue Jean Goujon.

Inside the Bazar de la Charité

The wooden construction was set on fire by ether vapor used for the projection lamp of the cinema. Many scandals erupted from this tragedy, including ladies who came out safe because they had spent the afternoon with their lover, politicians who tried to take advantage of the event to send innocent anarchists to prison, burglars who stole the jewels from the corpses at the morgue, etc… Comtesse Greffulhe, who found the event beneath her rank, had voluntarily missed it… 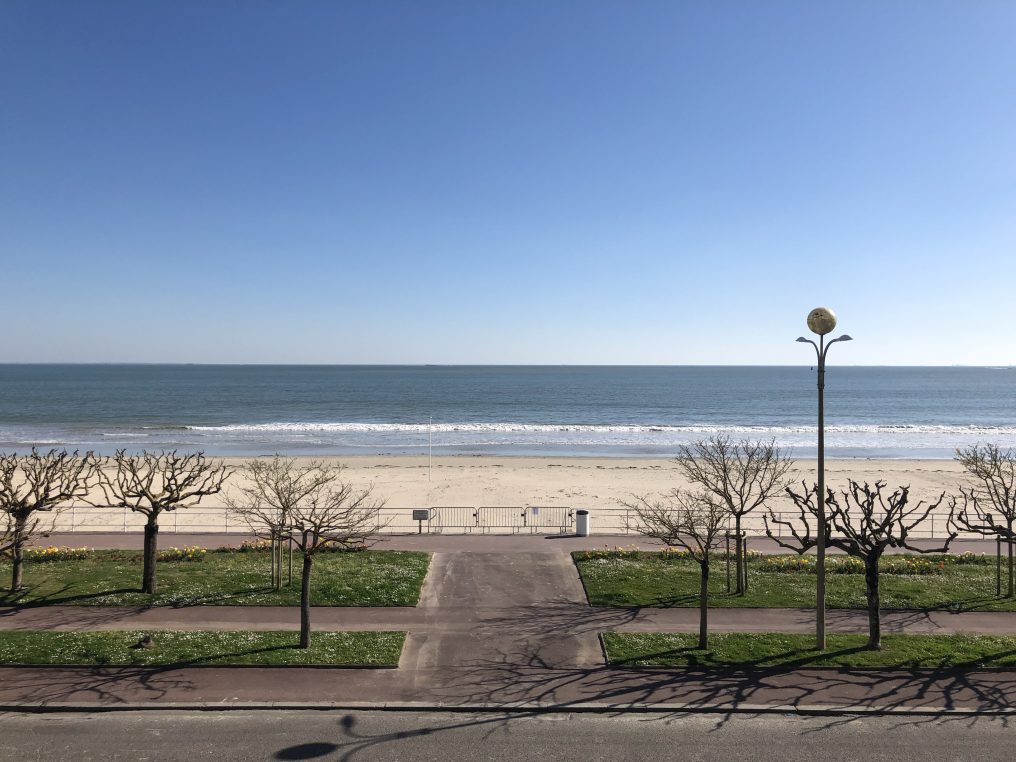 Helyett sends a view from her window in La Baule. The beach and the walk along it are sealed off

The beaches in La Baule are completely blocked off including for people who live ten meters away. It has snowed in Ardèche at an altitude of 700 m. And don’t worry if you feel slightly feverish or have a back ache. Hearing the news all day long makes us all nervous and we seem to develop symptoms just from listening about the disease. Try to sleep at least seven hours a night, exercise as much as you can in the confinement and dream of better times. 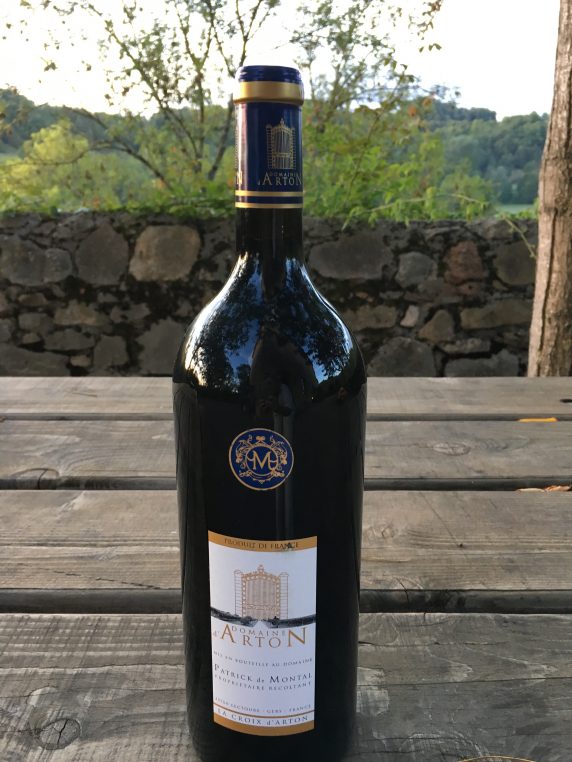 At 7,30€ this bottle of Domaine d’Arton is a very nice find

After now two weeks of confinement in Paris, one adapts to the new rhythm. One of the great surprises of the week was to get a delivery of wine from Domaine d’Arton, in Lectoure. I ordered a few cases of this earthy wine made by Patrick and Victoire de Montal, who are mostly armagnac producers, and I could not believe my eyes, when three days after putting in the order, I saw the huge truck at the foot of my  building… Some things definitely work better at the moment… 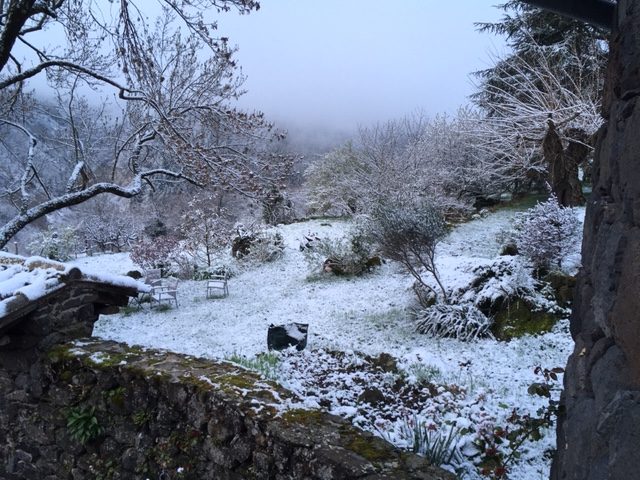 In Rochessauve in Ardèche, it snowed at 700 m on the 26 th of March, photo Emmanuelle Toulet

At the same time it was suddenly snowing in Rochessauve which is between Valence and Montélimar while magnolias are in full bloom in Brussels, and roses are starting in Hontanares, Spain. 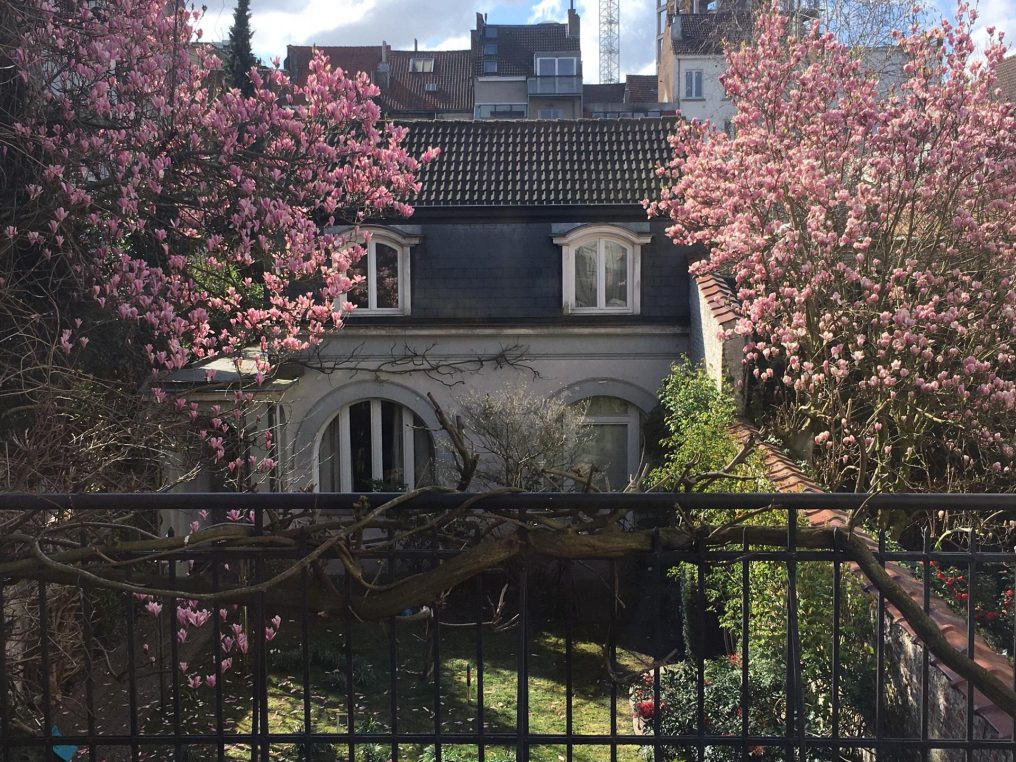 Arte.tv, a website created jointly by the Germans and the French, has a series of wonderful music and opera concerts that you can watch for free. Turn them on while you are cooking.

6 Comments on “More news from confinement”