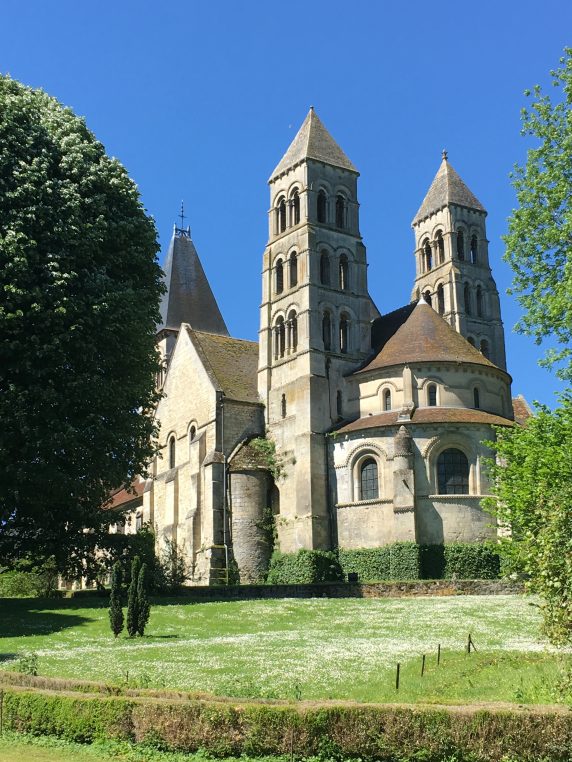 Ascension week end is traditionnally a four day holiday in France and this year, the temperature was the highest (in the 90’s) since it was first recorded in 1900. So everyone took advantage of the sunny days to wander in the country. And I drove around l’Oise, a department north of Paris, checking three different abbeys for you. What wonderful surprises! 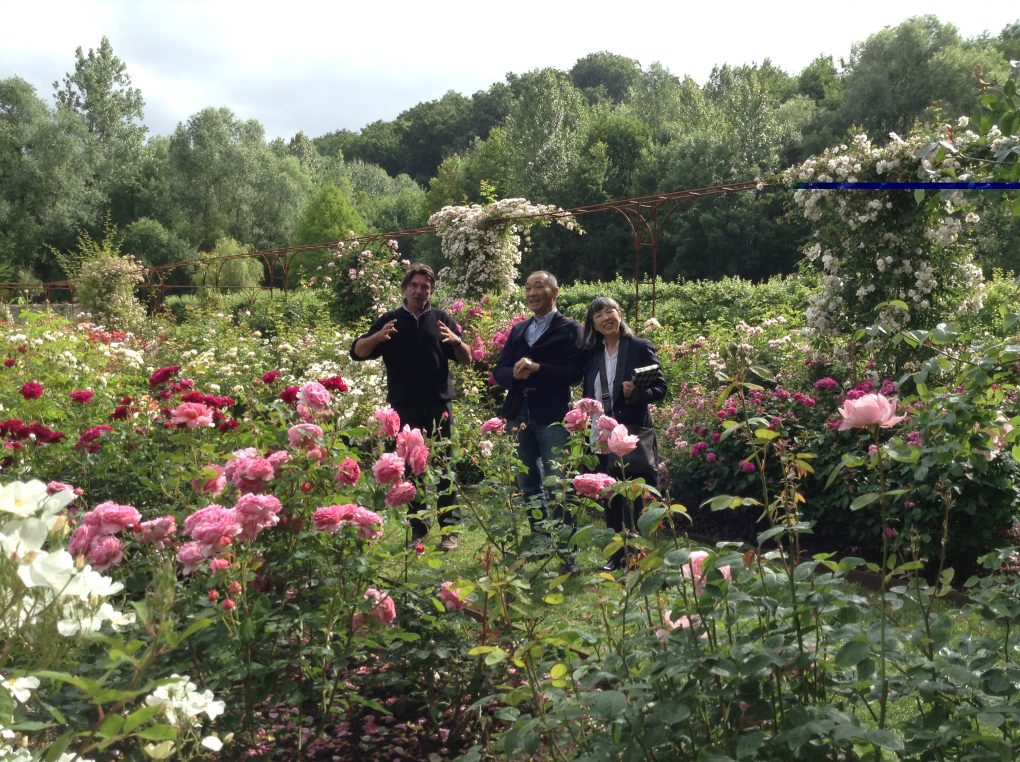 Morienval, the oldest of the three was founded by Roi Dagobert in the 9 th century. It is built in pure roman style and has become a lovely rose garden/wedding venue, not very far from Compiègne. The village surrounded by deep forests where deer hunting is active all winter, is a ravishing enclave. And Fabrice Lebée who used to be a banker in Japan, has decided to devote himself to saving the precious monument and its park.  Some years ago, he contacted David Austin roses in Great Britain and has turned Morienval into a magical « roseraie » where you can come and choose your species before your decide to buy them for your own garden. One of Japan’s prominent garden designer, Kiichi Tanaka, who is on the jury of the Bagatelle rose competition every June, visited Morienval a couple of years ago and he was astounded. 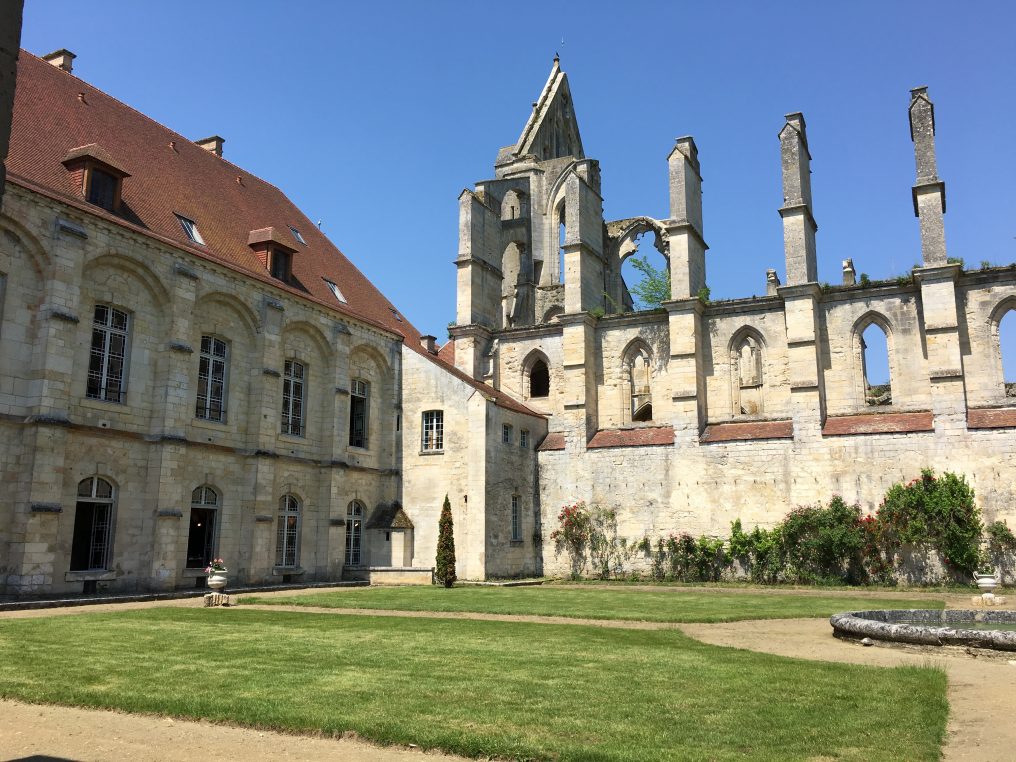 Twenty miles west of there, nearer to Soissons, sits the Cistercian abbey of Longpont, which has belonged to the Montesquiou family for two hundred years. It is one of many Royal abbeys where the kings of France came when they were hunting in the nearby forests.

Alfred de Montesquiou d’Artagnan, a remarkable war reporter turned writer (“Oumma”, 2013) and documentary movie producer for Paris Match,  and his wife Marguerite, recently had a charming little Ernest (named after Oscar Wilde’s play) for whom a Lutherian Catholic christening was performed in the church of Longpont by his grandmother Pasteur Béatrice Hollard-Beau. A first in the Cistercian enclave ! The ceremony was authorized by the Bishop of Soissons, Monseigneur de Dinechin. 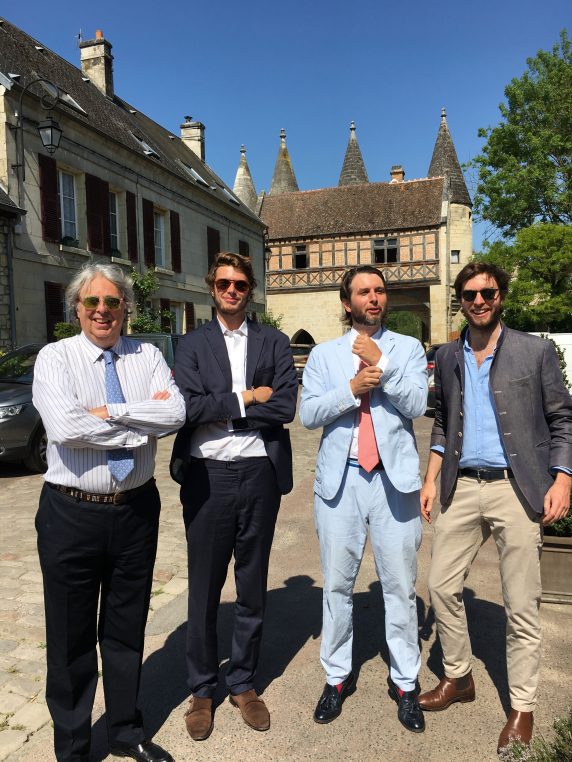 Jean Louis de Montesquiou and his three sons, Sanche, Alfred and Félix before the christening with young Ernest’s house in the back

One of the guests there, was Marie Christine Daudy whose parents, the Gouïn, created a music and human sciences foundation at Abbaye de Royaumont, a little further south. This abbey, also Cistercian, was built in 1228, some years after Longpont. The foundation has developped a huge cultural activity, with fifteen master classes a year, seminars and a music festival in September (September 2 to October 8, 2017) which includes dance from Cameroun, Taiwanese songs, a musical walk in the gardens, Viennese lieders, Bach Brandeburg concertos, and mostly recitals by some of the 300 young musicians and singers who are trained there all year long. 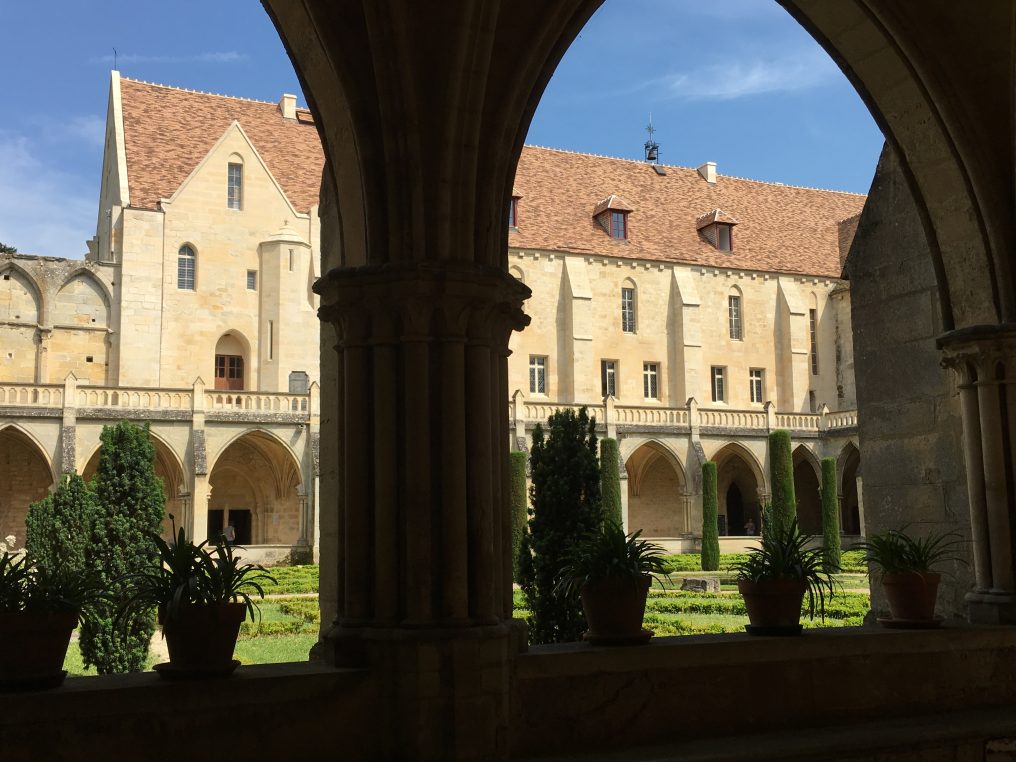 I was priviledged to be invited to a master class given by one of my favourite singers, the British tenor Ian Bostridge, whom I heard twenty years ago in the “Turn of the Screw” in Bobigny and never forgot since. He sang it again at the Scala last September. He will be at the Monnaie in Brussels on June 26 and in London at Wigmore hall. 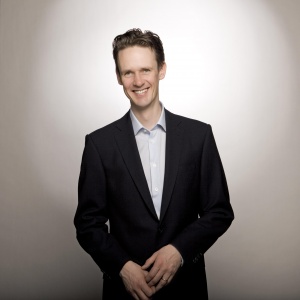 Ian Bostridge is singing on Thursday at Musee d’Orsay

He was so brilliant in Royaumont  with the group of five young singers he directed in Britten, singing with them when they were too nervous, and patiently making them repeat the same sentence with the right tone and the right rhythm again and again. They were rehearsing for the live lunch time performance they are giving at Musée d’Orsay on May 30 th and June 6 th.

He will himself be singing  Winterreise by Schubert and Britten in the auditorium on Thursday, June 1 at 8 pm. This is not to be missed.

For three days from June 9 to 11, you can attend the Journées de la Rose de Chaalis, at another beautiful Royal Abbey near Senlis. The rose garden is charming and the best producers exhibit on the premises. In the chapel, don’t miss the ceilings painted by Primatice, the Renaissance artist.