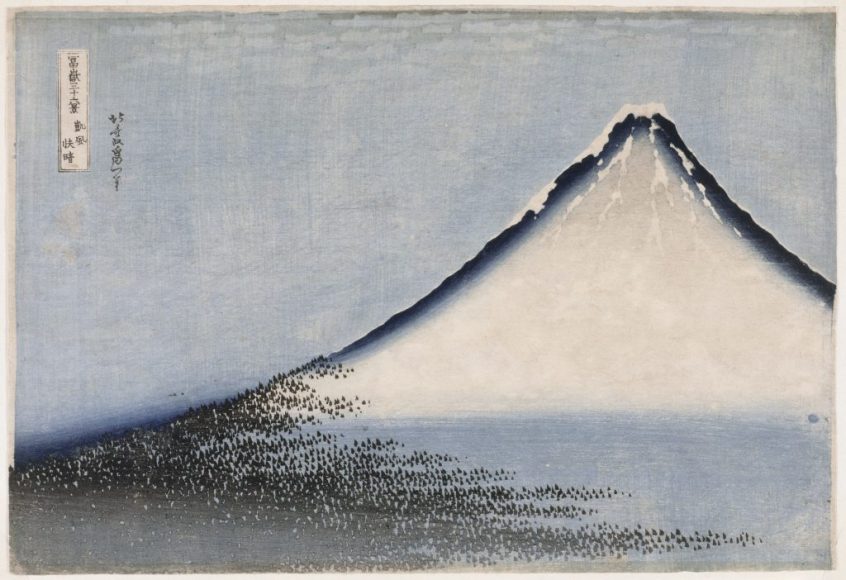 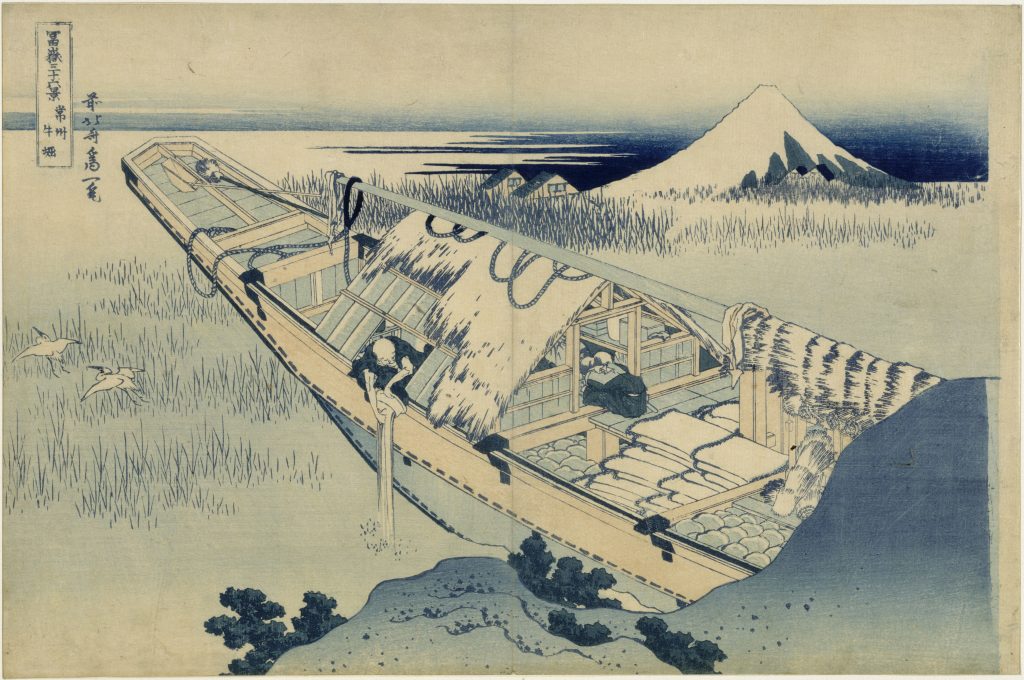 View of Ushibori in the province of Hitachi, Series of 36 views of Mount Fuji, Katsuchika Hokusai, 1830-1832 © RMN-Grand Palais, Thierry Ollivier

It was a lovely relief to visit Musée Guimet this week in the middle of the heat wave. Not only because, like all museums, it is air conditioned, but mostly because the present exhibition is devoted to Mount Fuji and snow! The seventy amazing prints by Kawabata, Kawase, Utagawa and the famous Katsuchika Hokusai , were selected in the collection of 1100 prints of the museum. Mount Fuji, the Eiffel Tower of Japan, is a perfect iconic volcano, 3 776 m high, which is always covered in snow. Listed by Unesco in 2013, the volcano is sometimes hard to see through the fog. The craft of these 18 th and 19 th century artists is outstanding and it is particularly soothing in our times of uncertainty, to contemplate these snowy prints. 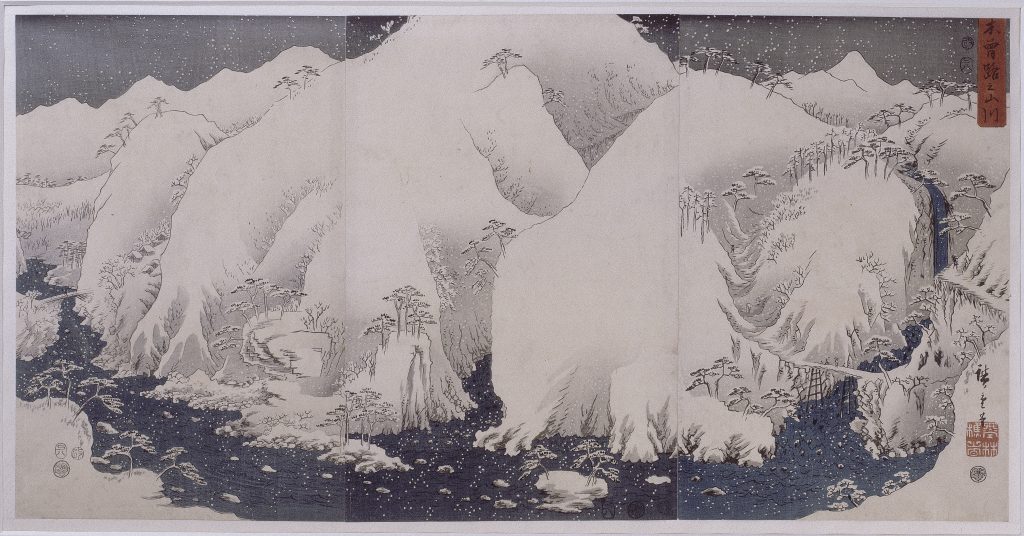 At first, you feel you’ve seen Mount Fuji before, so what’s new? and I felt slightly “blasée” at the beginning of the exhibition which is downstairs at Musée Guimet. But slowly the power of incredibly original images grows on you and the importance of snow becomes obvious. There are stunning landscapes and city views under the snow. Some travel images had been seen recently at the museum, so the visitor feels familiar with series of prints drawn around Japan. Here the details are what counts and you can spend hours looking for tiny trees and leaves. 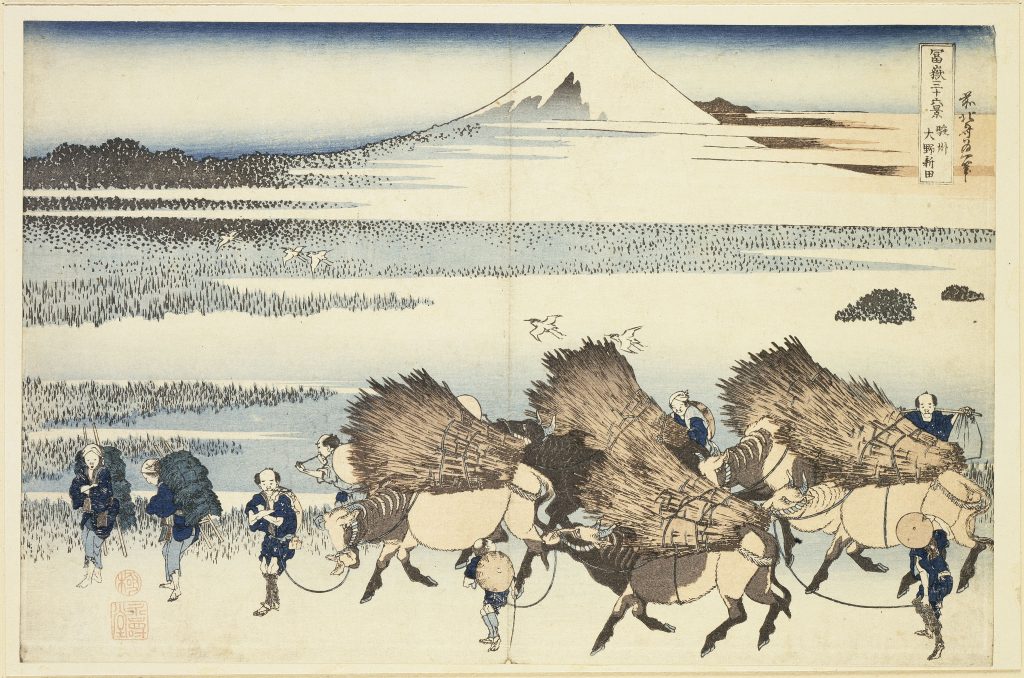 Upstairs in the rotunda, we found another beautiful surprise, with Chinese artist RU XIAO FAN, who exhibits a multitude of 72 facetious porcelain sculptures of divinities, sitting  on a glass bowl. The effect is also very cooling and calming. These sculptures with a head made of flowers are typical of Jingdezhen, where the artist discovered the bowls on a market. Located in south eastern China, this city is considered as its porcelain capital since a thousand years. 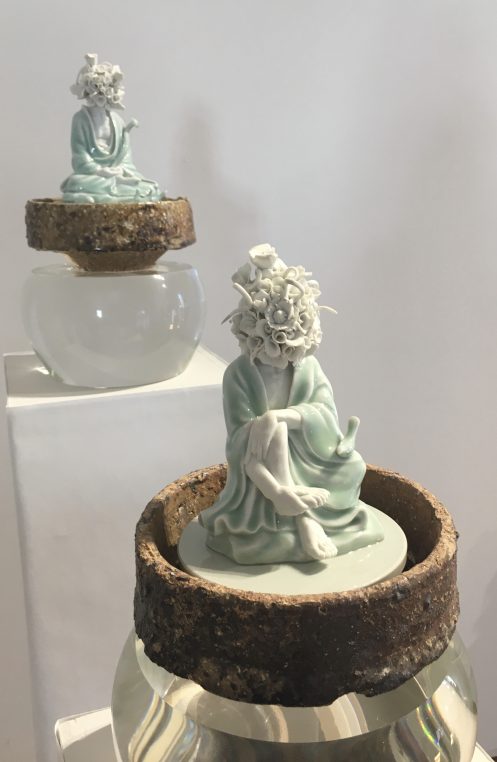 Born in 1954, in Nankin, Ru Xiao Fan graduated from Ecole des Beaux Arts in Paris in 1986 and lives in France. He is also a painter and flowers represent an important part in his art. This poetic installation of a pantheon of divinities, was especially made for the rotunda. The show is curated by art critic Henri-François Debailleux.

There is a new terraced roof on top of the museum from which you see the Eiffel Tower and you can have tea. So Musée Guimet is definitely a place to visit if you are in Paris this summer. The Fuji show goes on until October 12 and Ru Xiao Fan’s installation until September 21.