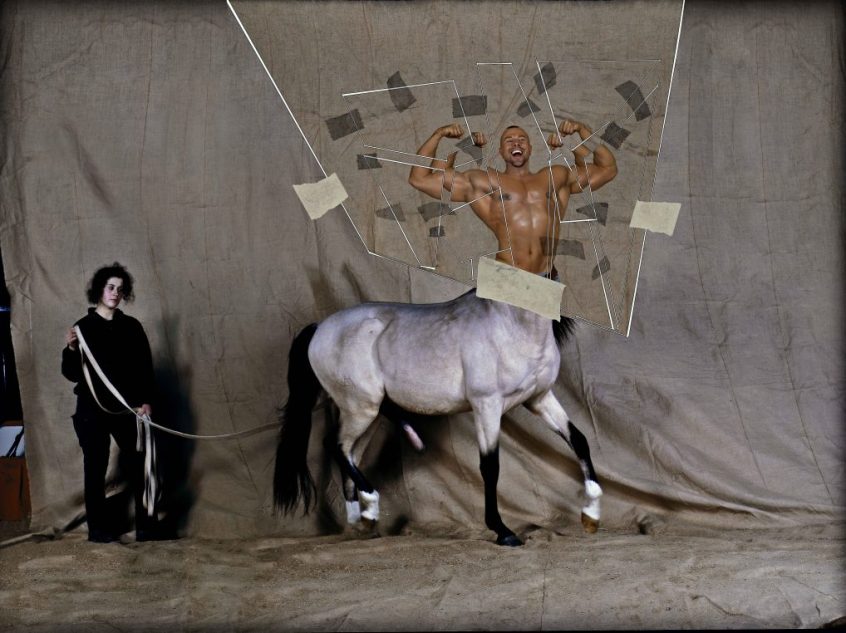 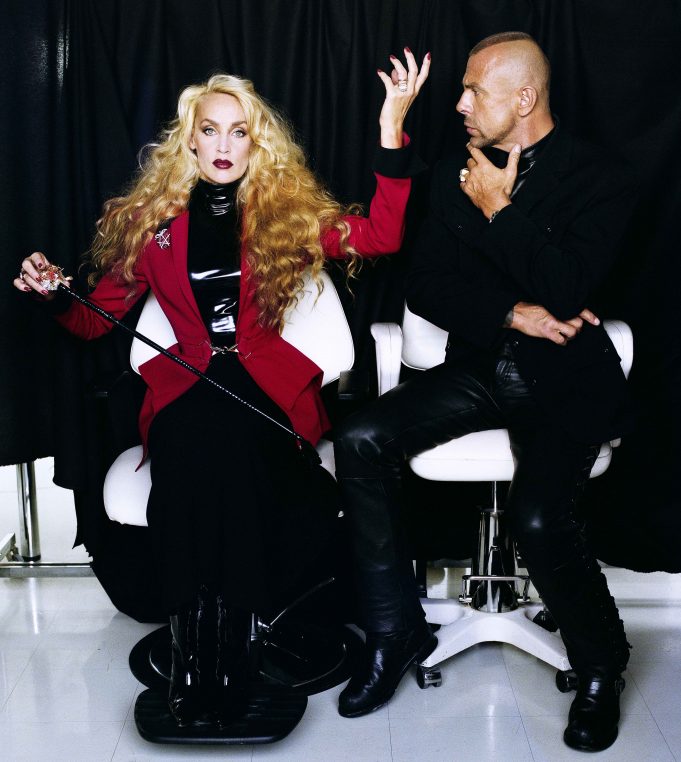 I was looking forward to finding the beloved Thierry Mugler at MAD’s “Couturissime” with all the creations that we discovered year after year in the 1980’s but was disappointed by the overdone and glittery costumes. No emotion just partying. Which of course pleased enormously the crowds of the Fashion week and correspond well to the spirit of the designer who revolutionized style with photographers such as Helmut Newton and his own shots. Mugler is now called Manfred and his company and perfume were bought from Clarins by L’Oréal in 2019. The opening party was offered by the legendary beauty group and the atmosphere of the fashion shows and multiple musicals or plays for which he designed costumes was at full speed. I just regretted not seeing more of his perfect cuts for daily suits or dresses which anyone could wear and look stylish in. 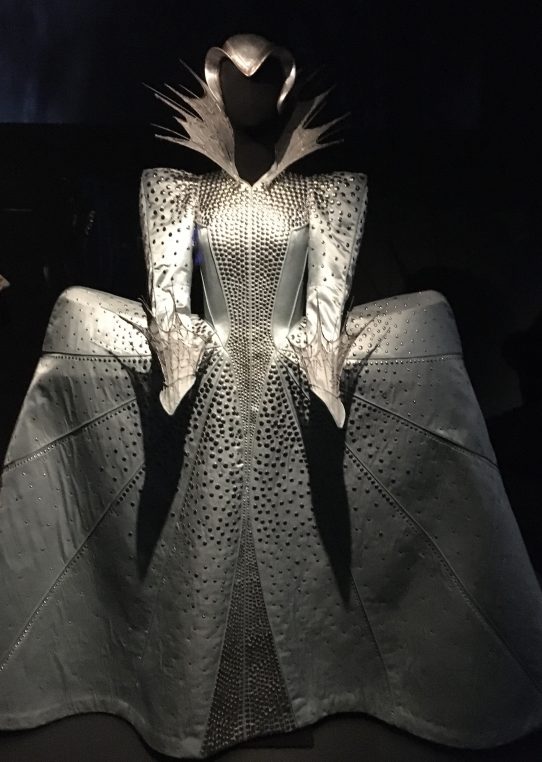 The show designed by Thierry-Maxime Loriot was first presented at Musée des Beaux Arts de Montréal and in Rotterdam before coming to MAD. The designer who dislikes looking at the past was convinced to collaborate because of the staging and show biz look of the exhibition. It is a little tight and dark in the low ceiling rooms of the museum, too glittery for any clear apprehension of the fashion,  but gives a good vision of how eclectic Mugler was when he was still Thierry. For me the highlight of the show were there costumes he made for the Comédie française production by Jean Pierre Vincent of Macbeth in 1985, which are kept at CNCS in Moulins. 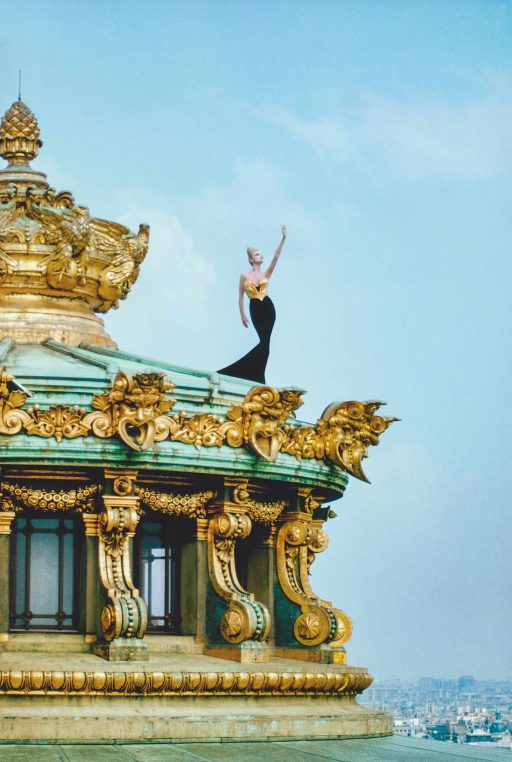 The section with Helmut Newton’s photographs is fantastic as are his advertising campaigns for the perfume “Angel” or his far away expeditions where he became the photographer on an iceberg in Grönland, the dunes of the Sahara, the eagles of the Chrysler Building or on the roof of Opéra de Paris. He always pushed further the sense of adventure and now concentrates on the Mugler Follies, in Berlin and in Paris. He was always at le Palace in the 1980’s and continues to indulge in musical shows which his fashion défilés were all along. 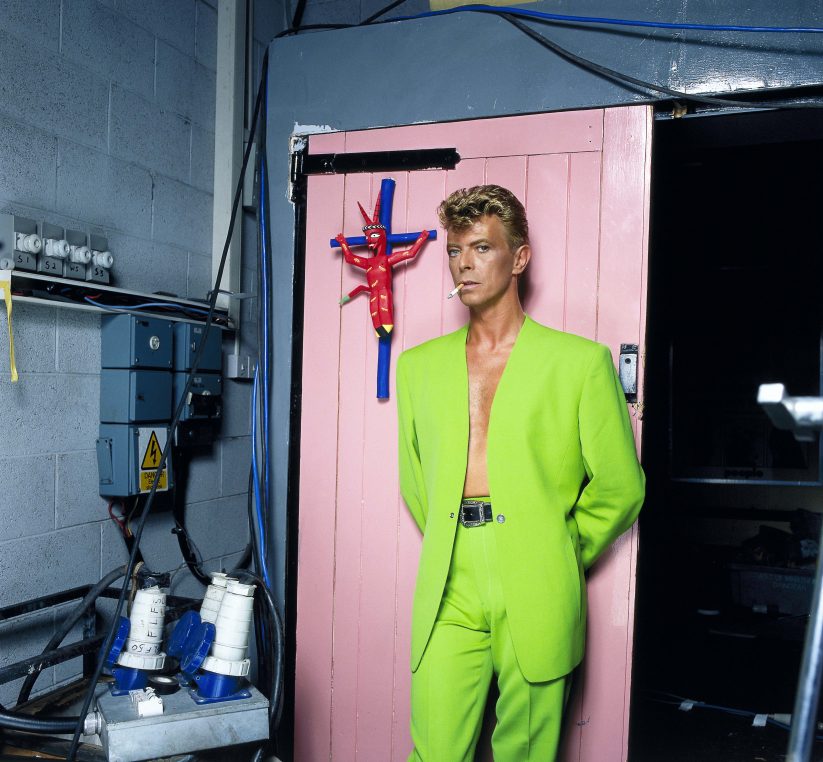 David Bowie during the shooting of the videoclip of “You Belong in Rock ’n’ Roll” by Tin Machine , collection Cow-boys, spring-summer 1992 © Brian Aris /ArisPrints 2017

It was fun to see at the end of the show Jack Lang’s jacket which the then minister of culture wore at The Assemblée National. A minister without a tie created quite a stir at the time! The blinding lights and mirrors of the scenography could not destroy all his talent. So make sure to see this show which is so symptomatic of the fun we all had when millions were spent in “fashion operas”.

2 Comments on “Mugler makes a show at MAD”