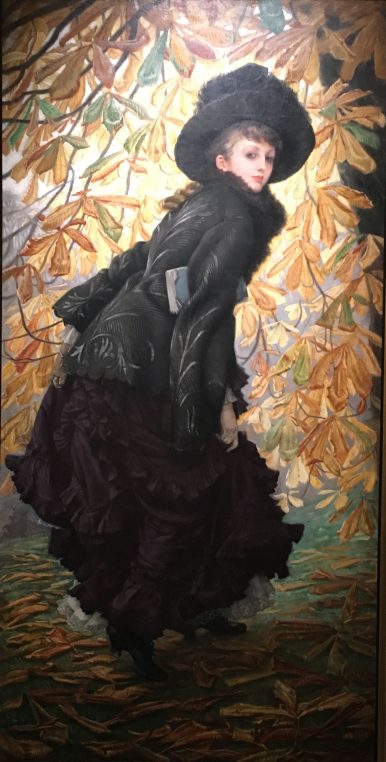 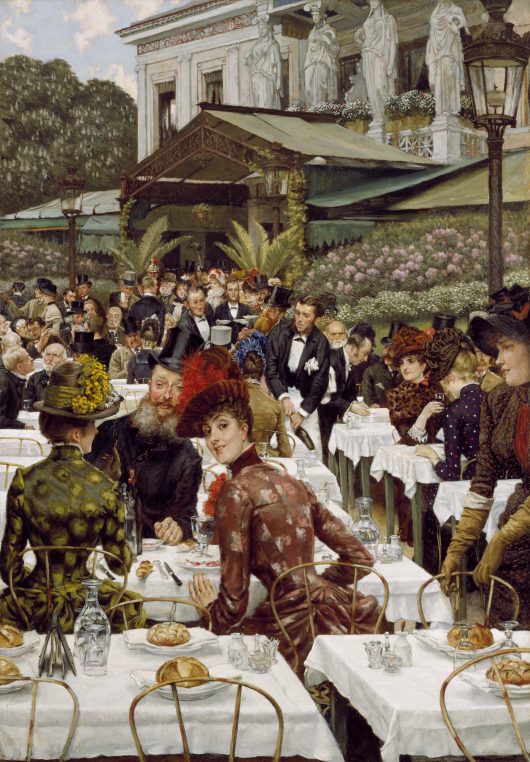 It was so exciting to be able to return to Musée d’Orsay that people in the short queue at 9.30 am last Tuesday could not stop smiling. And the occasion was definitely worth it with the “James Tissot, Ambiguous modernity” long awaited exhibition (it was due to open on March 24).  There are many paintings of the Thames that you have already seen at Petit Palais in 2018 or the large “Cercle de la Rue Royale” which is permanently at Orsay, but there are also wonderful surprises such as the series of religious gouaches from the Brooklyn museum, the Parisiennes, the different versions of the Prodigal son and the enamel cloisonnés that the artist designed. The works have come from Providence, New York, San Francisco, Dublin, London, Karlsruhe, Montreal, Ottawa and Toronto… just before confinement, it is a true miracle. 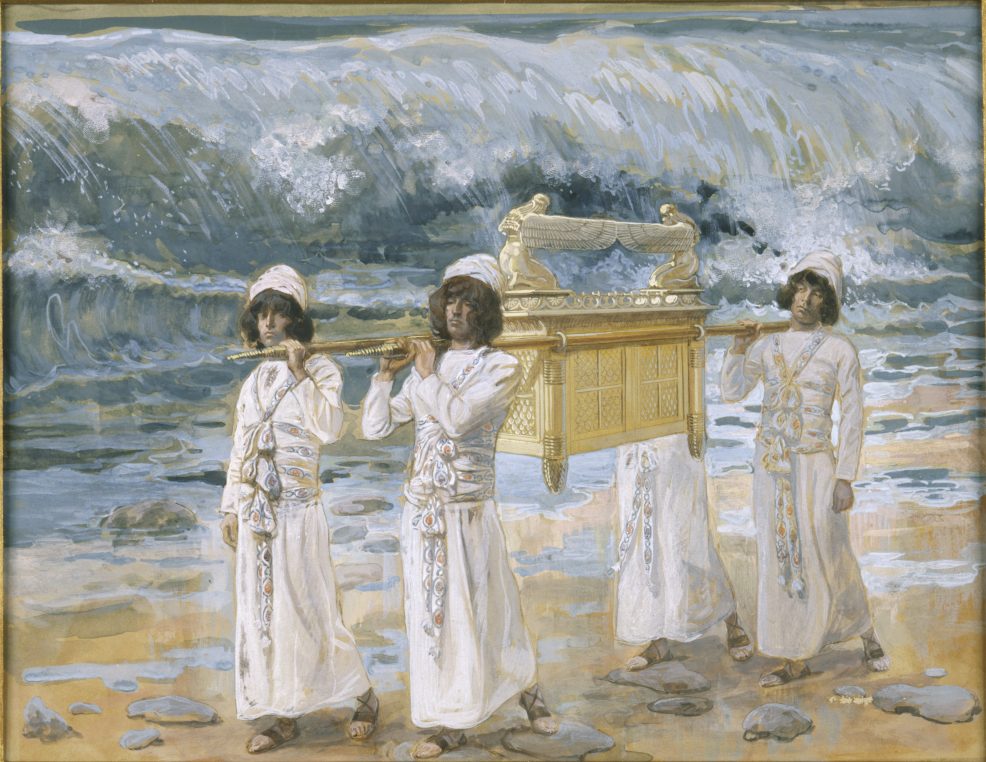 The show opens with a portrait by Edgar Degas of James Tissot. They were close friends in the 1860’s and the painter depicts him as a versatile dandy with German and Japanese art on the wall. Jacques-Joseph (1836-1902) was raised in Nantes and changed his first name to James at 11. This might have been a sign that he would move to London in 1871? after he had fought in the Commune de Paris.

In the 1860’s, while painting in Paris,  he develops society portraits of fashionable ladies, is interested in photography and delivers some of his most elegant paintings like Aimé Seillière. 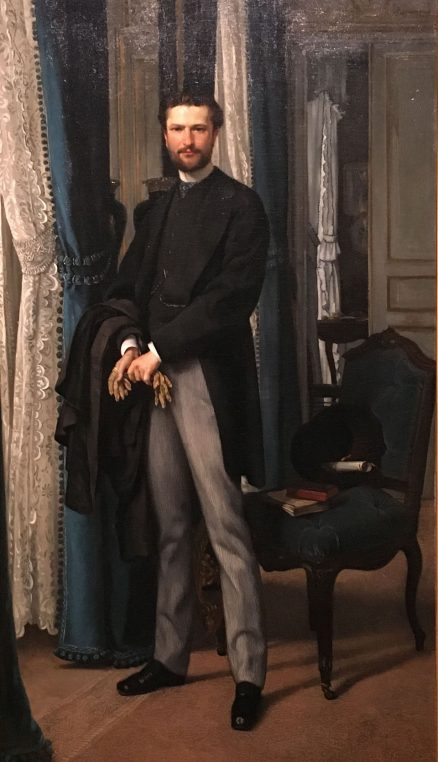 He then gets interested in Japonism and decorates his studio on the Champs Elysées in Oriental style in 1869, just after Japan, which has just opened up as country,  sends a first delegation to the Exposition universelle. He also gives drawing lessons to Tokugawa Akitake, the brother of the last shogun. Like Degas, Courbet and Manet he joins the 1870 fights agains the Prussians and is hit by the violence of the “bloody week”. He is part of the group of artists who move to London. 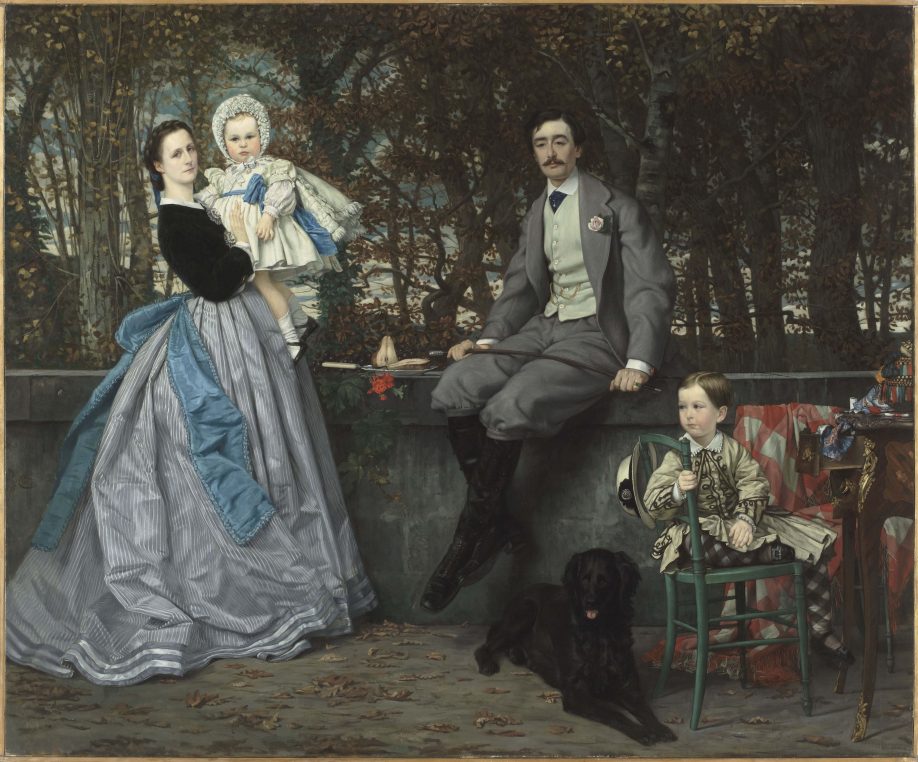 He has already lived there and knows many people including Whistler and de Nittis and mixes with the high Victorian society. He lives in St John’s Wood where he has a studio and a greenhouse. He soon shows “The Ball on Shipboard” at the Royal Academy which is immediately sold. 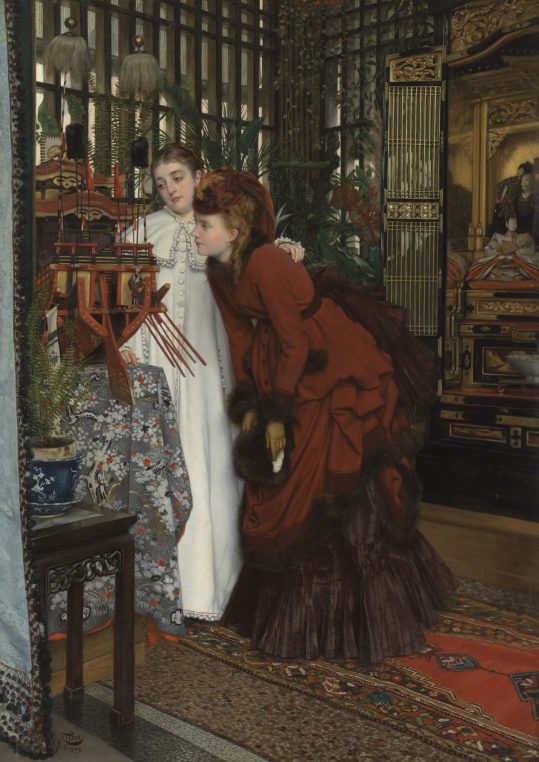 It is in London that, at 41, he meets Kathleen Newton his sensuous Irish mistress, who was just back -a divorced woman-  from India and he paints her children who often come and play in his studio. This inspires a number of family portraits with family scenes. After she dies in 1882, he is devastated and immediately moves back to Paris where he starts studying spiritualism and communication with the dead. He even paints an apparition of hers in 1885. 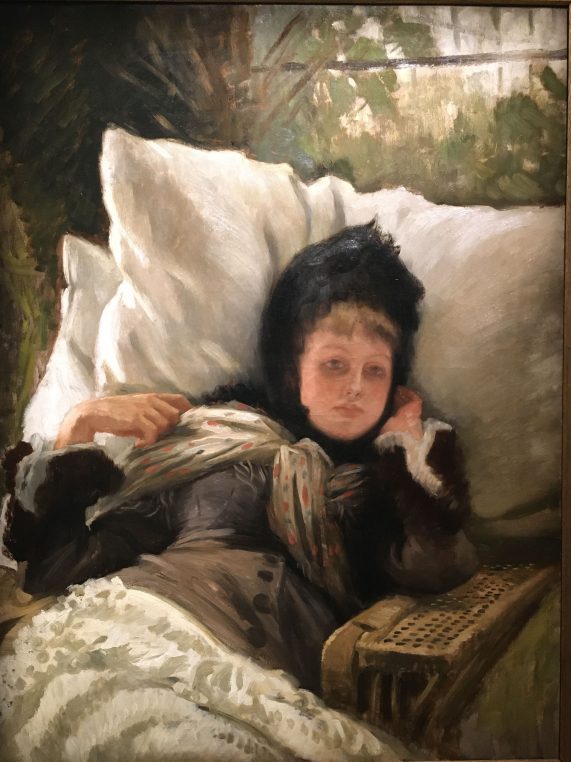 What I found interesting in this show is the different attitudes of women Tissot portrays. The lover, the Lady of the world, the croquet player, the flirt on Portsmouth Dockyard, the sexy Japanese, the circus acrobats and the Lady with a gun. His painting of the “Crack shot” is quite striking for the times! So there is a conventional side to this exhibition but when you look at every painting from close up, you discover amazing themes and many fun details. One room is particularly successful with a very large painting of a lady in black under a chestnut tree in “October”. 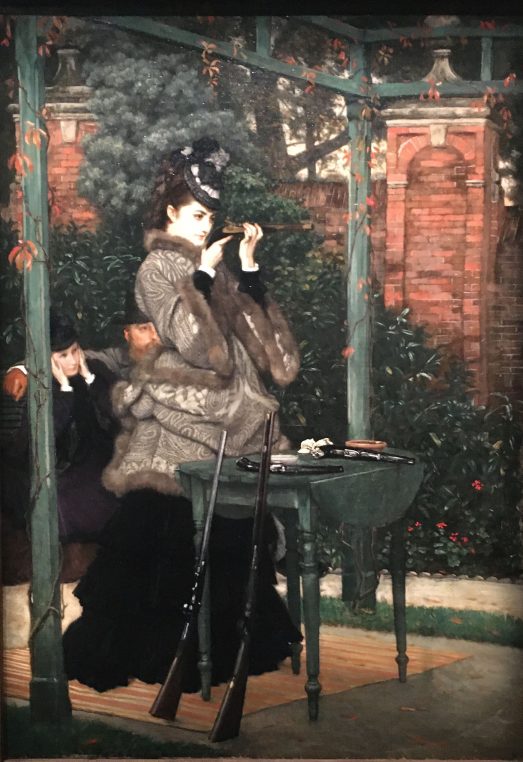 So when you go, leave all preconceived ideas behind and just enjoy the elegance and the good painting. And don’t miss the biblical drawings lent by the Brooklyn museum, which are incredibly modern in style!

Until September 13, Musée d’Orsay. It is mandatory to book.

One Comment on “Musée d’Orsay resurrects with James Tissot”