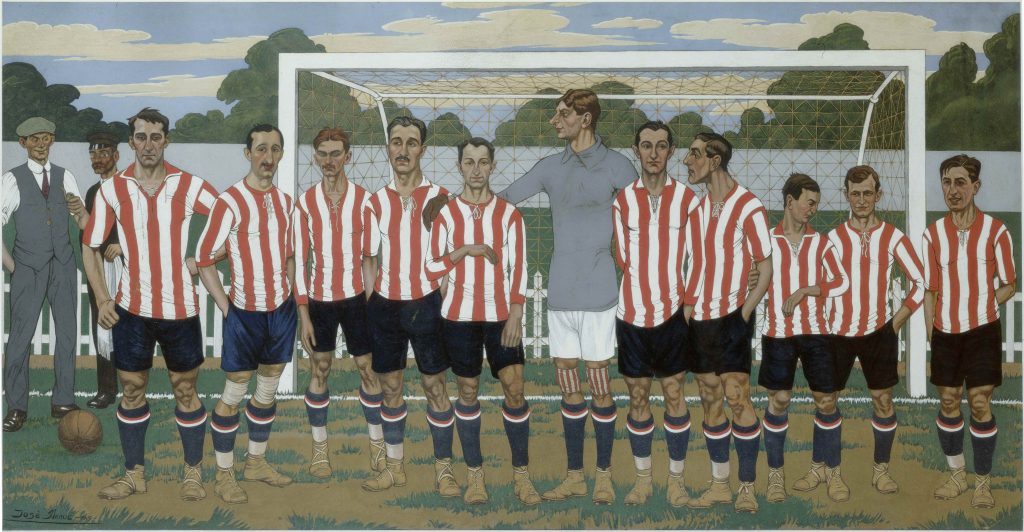 In Paris, Musée Marmottan has just finished hanging the ravishing Krøyer exhibition, Petit Palais, which was bequeathed by Academician Jean Marie Rouart, twelve works by Henri and Auguste Rouart, Henry Lerolle and Maurice Denis is preparing its prints show “Edition Limitée, Vollard, Pétiet et l’Estampe de Maître” and in London the V&A is hosting the largest Iranian show in a long time.  In the meantime, Guggenheim Bilbao is exhibiting its historical paintings from its industrial, naval and financial apogee, and also Kandinsky until May 23. Like all Spanish museums it is officially open. In Florence, Eike Schmidt has decided to open and then had to close the Uffizi like most places in Tuscany and in Venetia, museums are open, an event which has created a (small) touristic rush to Venice from Parisians. 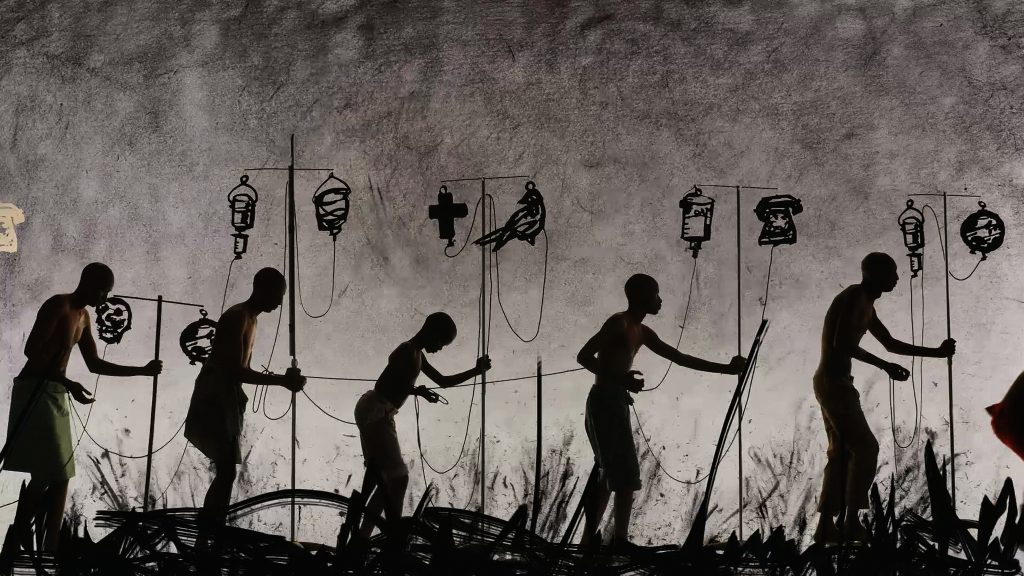 William Kentridge, video still from film made for More Sweetly Play the Dance, 2015 Courtesy of the artist, at Mudam in Luxemburg until June 6

So I thought you might like to see pictures of some of the shows even if you can’t travel. At Versailles, a large series of 150 portraits by Hyacinthe Rigaud, the painter of the Sun King, is set in fabulous (and very expensive) decors by Pier Luigi Pizzi. You can see a video introduction on the website and buy the catalog. Apparently the artist kept track of every single painting and registered it with the details of who painted the face, the hands, the accessories, etc… The rate was cheaper if you only ordered your face by the great master and his assistants painted your body! A whole section is devoted to Louis XIV th whom he started painting in 1701 and self-portraits by Rigaud are also numerous. The exhibition is curated by Laurent Salomé and Elodie Vaysse and only visible at the moment in the catalog. 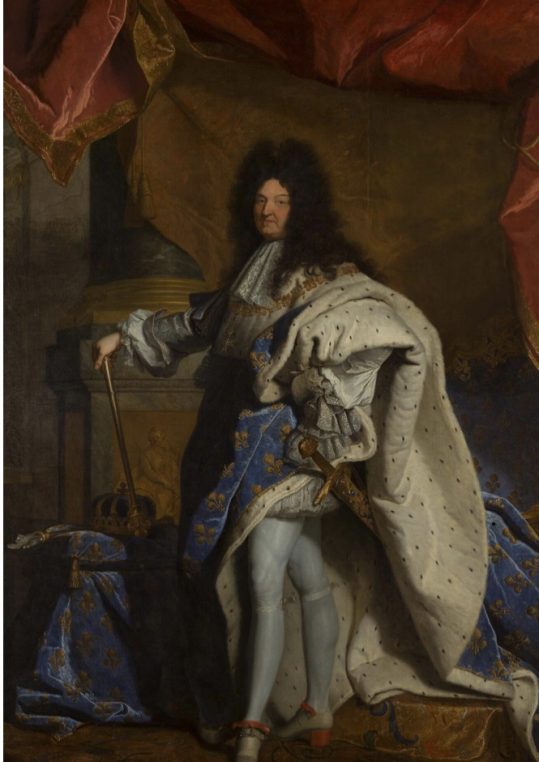 At Musée d’Orsay we missed the opening of the “The Origins of the World, the invention of nature in the 19 th century” by one day on last confinement, but it will last until May so we should be able to see it at some point. It mixes scientific discoveries around the world in the 19 th century with artistic renderings and the catalog, which I saw at Galignani’s, makes it look very appealing. 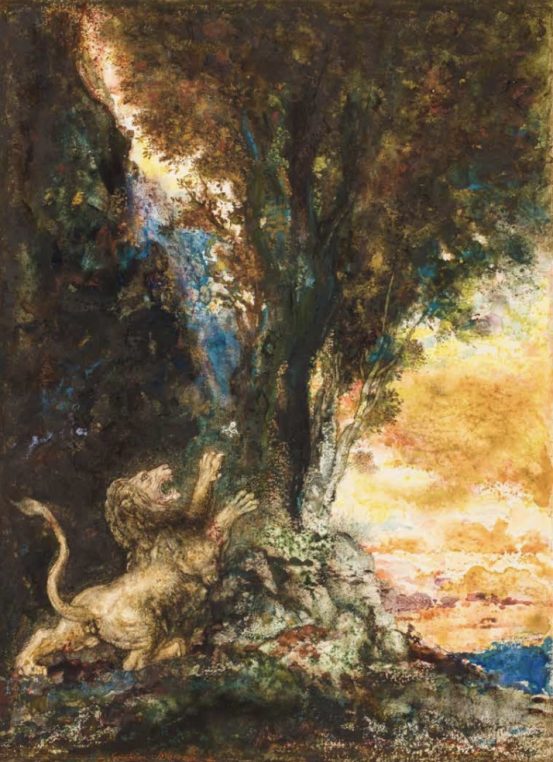 At Musée Gustave Moreau, the exhibition of the Fables de la Fontaine, commissioned in 1879 by Antony Roux, is a series of 32 watercolors which the artist painted over five years. He documented himself at the Bibliothèque Nationale but also at the zoo of Museum of Natural History, watching the animals live. These watercolors had not been seen since 1906 when Robert de Montesquiou and Elisabeth Greffulhe showed them in Paris. 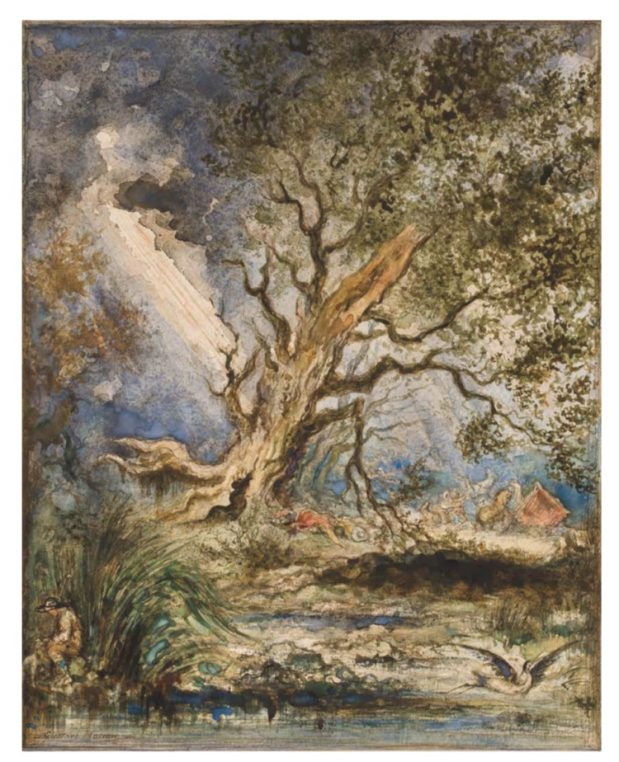 The catalog is available and is binlingual. All these shows can be seen in bookstores until we are allowed into the museums.

One Comment on “Museums keep hanging their shows and some, in Spain and Italy, are even open…”