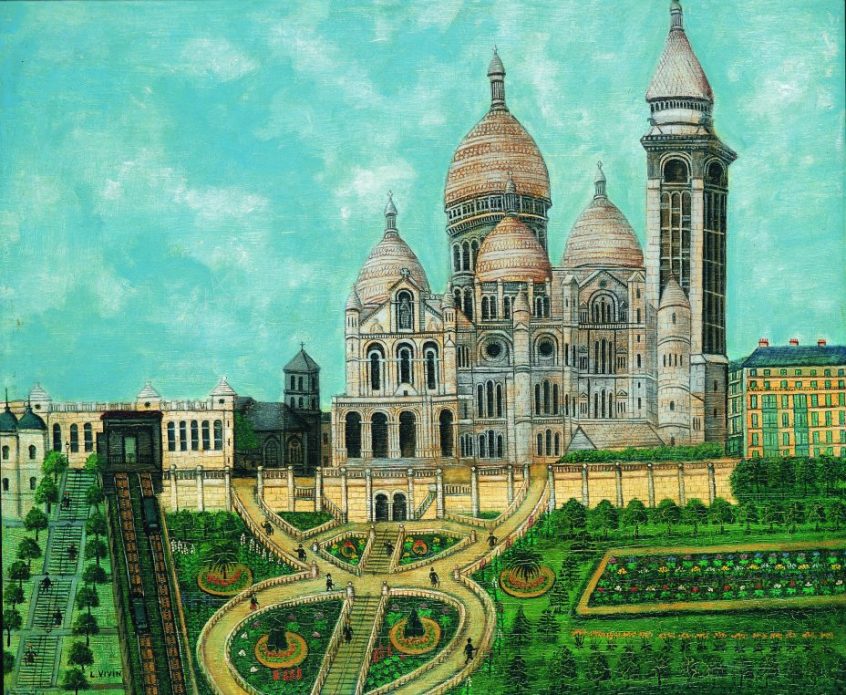 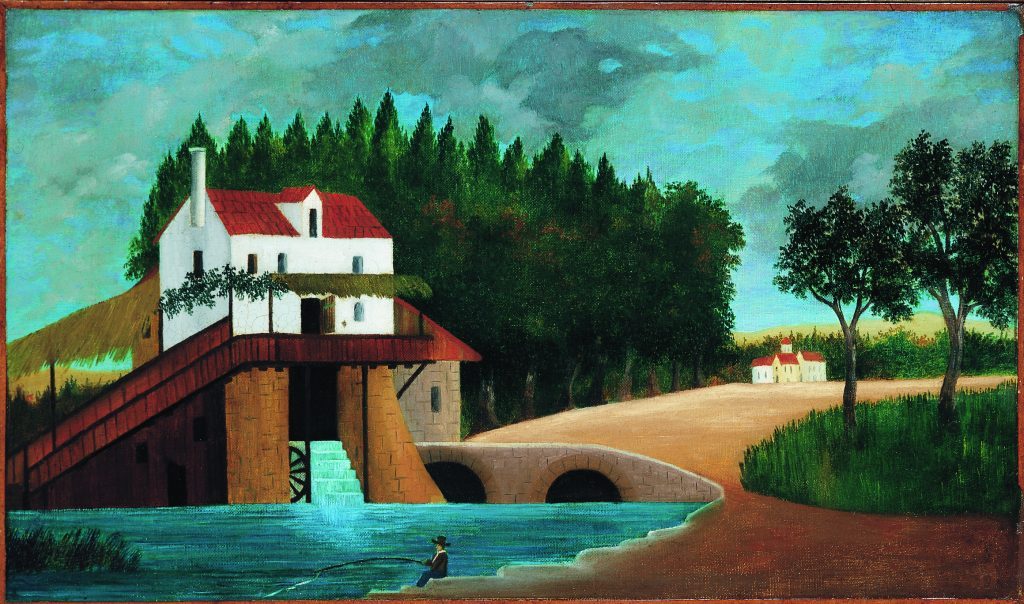 The exhibition at Musée Maillol on “Grand masters of Naïve art” was much anticipated since the Ferdinand Desnos show at Hôtel Drouot last winter and while some artists are a little disconcerting, I was again fascinated by Séraphine Louis who was rediscovered eleven years ago through the fabulous film where Yolande Moreau played her part. The last room downstairs is entirely devoted to her paintings and marks with Henri Rousseau‘s, the highlight of the show. 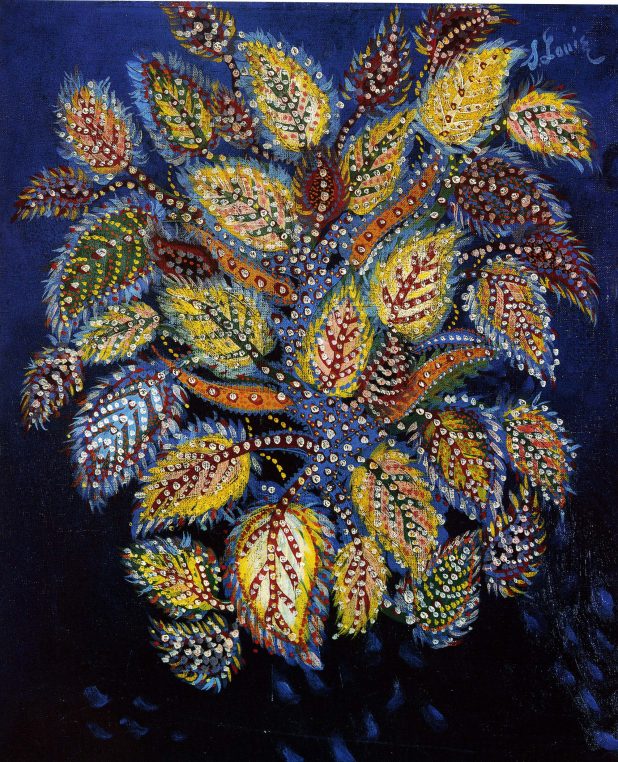 There are over 100 paintings assembled around German critic and collector Wilhelm Uhde‘s taste of artists, who often had other professions and painted in their spare time. Rousseau was a custom officer, Séraphine was a cleaning lady in Senlis …but they attracted André Breton, Pablo Picasso and Le Corbusier as well as galerist Jeanne Bucher who showed their works. 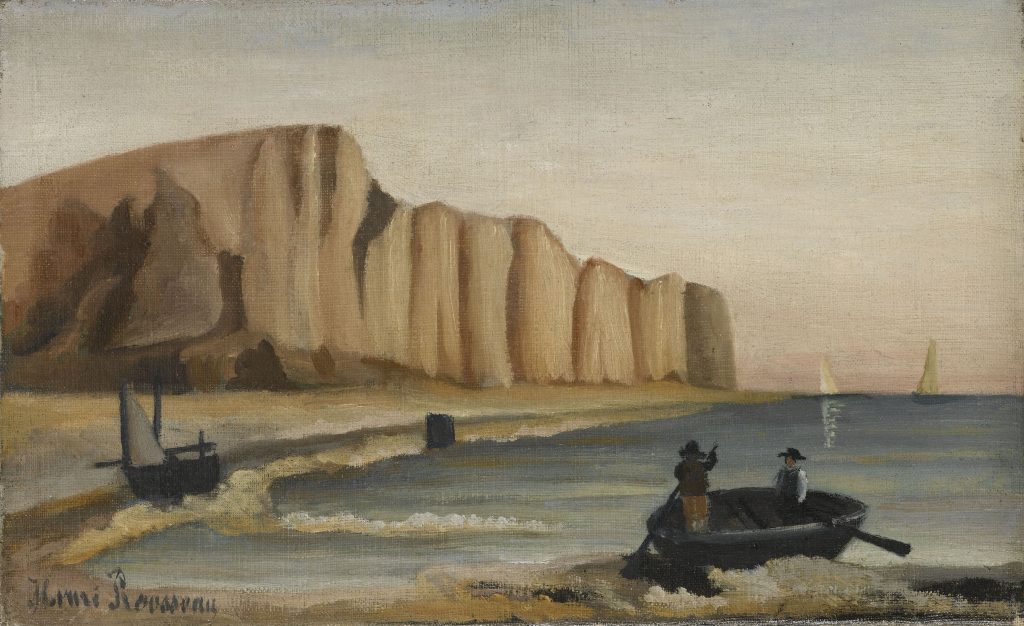 The particularity of all these artists is their modest origins and means of living. They are inspired by newspapers, postcards, catalogs and these works, lent by the greatest French, Swiss and German museums as well as many private collectors, are inventive and surprising. I had never heard of André Bauchant nor of Louis Vivin (who reminds me of Bernard Buffet in the way he treats monuments), and yet they are very fun. 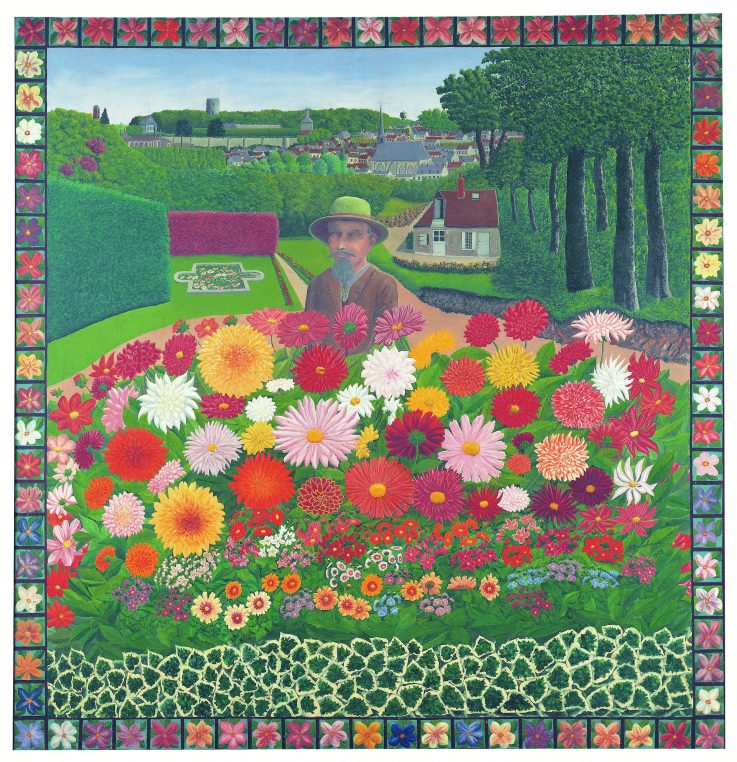 Galerist Dina Vierny (whose foundation Musée Maillol is part of ) exhibited many of these artists in the 1950’s and some of the paintings she owned are shown here including many Ferdinand Desnos. Different themes are treated with a certain emphasis put on flowers, gardens and wild nature. I did not particularly like Dominique Peyronnet’s  baigneuses, nor Camille Bombois’ works but René Rimbert is a true find. 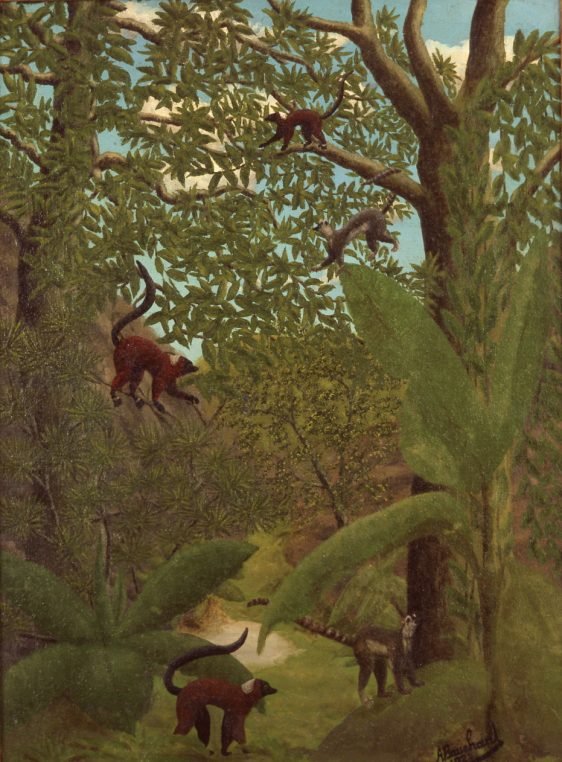 I ended the visit with a light lunch downstairs at Café Le Prévert, a very pretty space decorated in 1970 style where you can eat a quiche, a fancy salad and cakes. (Menu at 19,90€)

From Douanier Rousseau to Séraphine, Musée Maillol, until January 19

One Comment on “Naïve art, from Douanier Rousseau to Séraphine de Senlis!”