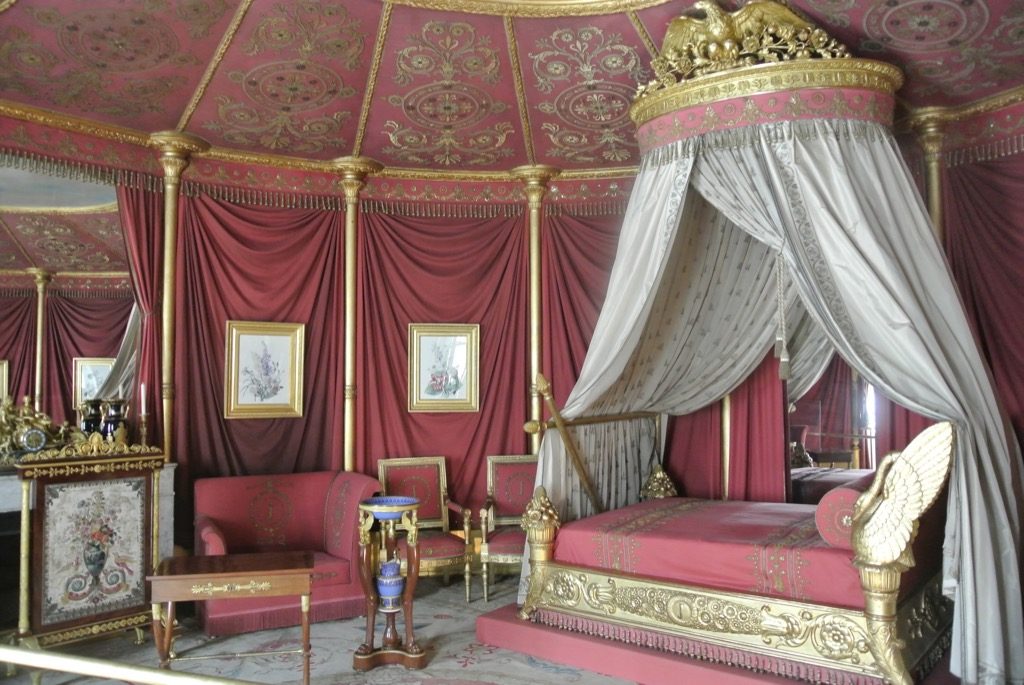 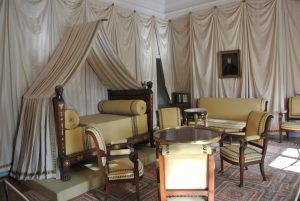 La Malmaison is the fairly small country house that Josephine found for Napoléon and herself in 1799 ; it is located in Rueil, a chic suburb 30 mns west of Paris. The long tree lined avenue, which used to be the main road from St Germain to Paris, leads to the charming « Consular style » house that is especially pretty in early June when the collection of ancient roses are in bloom. 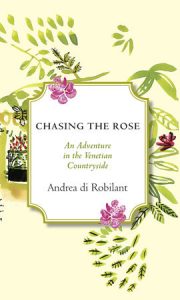 On this topic you can read the fun book by Andrea de Robilant, « Chasing the Rose » (Knopf) which describes the passion some collectors have for old roses and Joséphine was one of them. 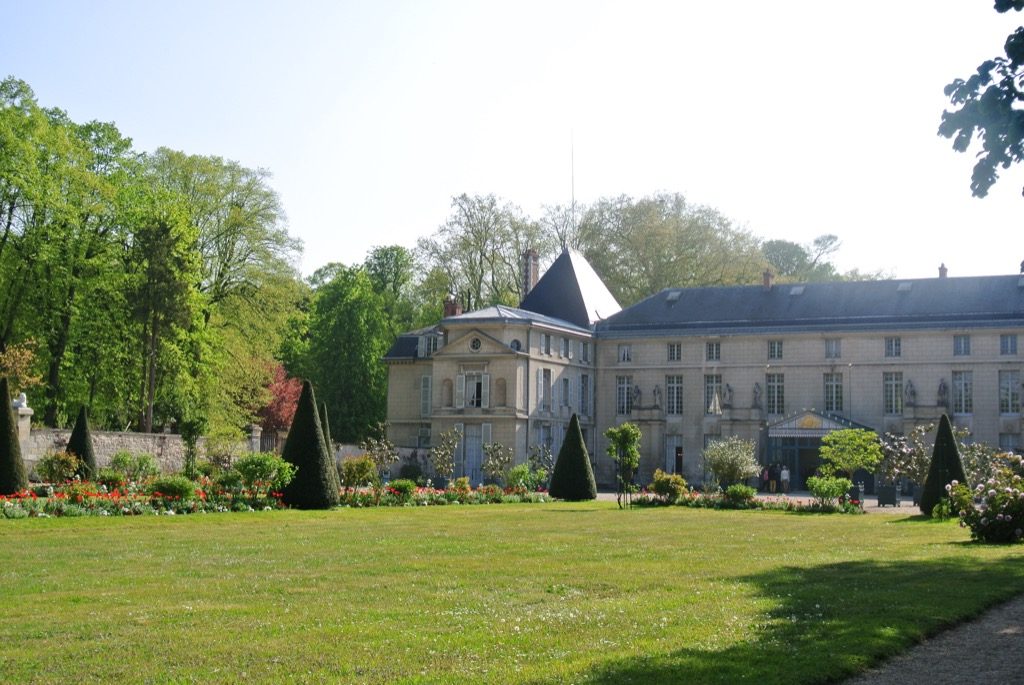 The 17 th century house was enlarged by Josephine with a music room.

I was drawn there by the opening of « Cap sur l’Amérique », Napoleon’s last utopia. Located on the third floor of the house, the small exhibition  narrates the plan that the Emperor had, of leaving for America in July 1815. His luggage prepared by General Bertrand, his silver-gilt plates kit, his folding bed and his maps, are all shown here 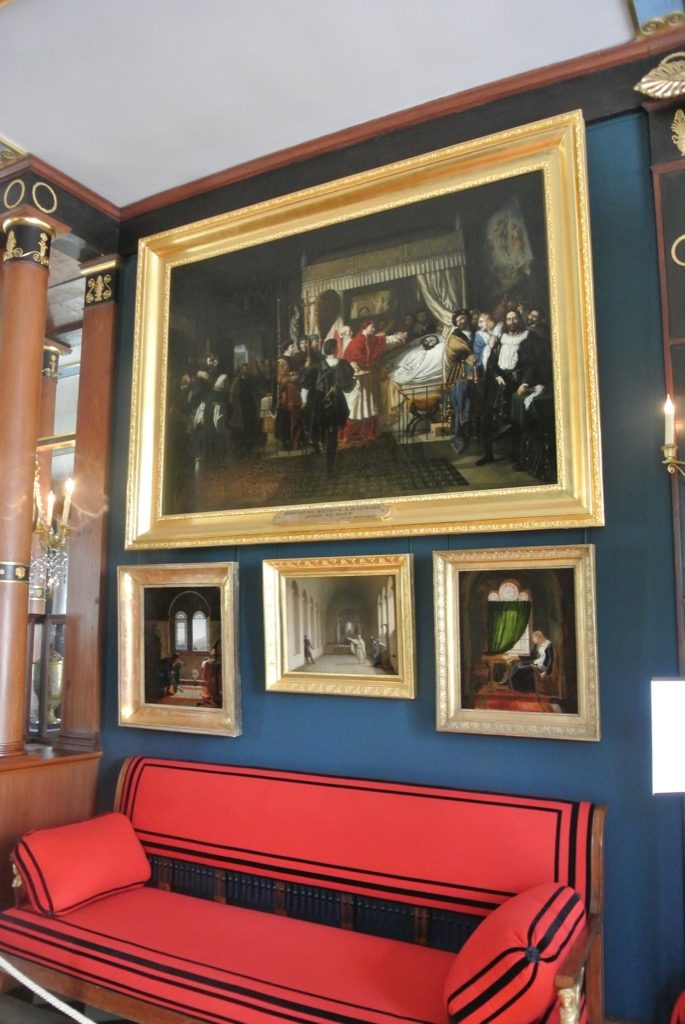 A beautifully restored series of rooms with their original furniture.

But more crucial than the exhibition, is the way the house was restored with charming bedrooms, a collection of Sèvres porcelain, silver and the Emperor’s sabre and swords. The decor and furniture of pure Napoleonic style is a real success and the size of the house makes it totally delightful. At the entrance of the propriety,  are two carriages (one of which for sleeping) which accompanied the Emperor and his entourage to Waterloo. 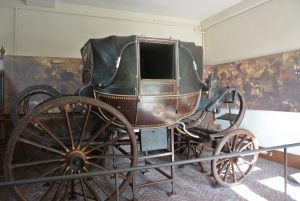 This berline took the Emperor to Waterloo

Josephine and Napoleon spent a lot of time working and entertaining at Malmaison and after their divorce, Josephine retired there. The house was then lived in by her daughter (by Beauharnais), Queen Hortense, and her grandson Napoléon III, tried to turn it into a museum. It is a charming little adventure on a pretty June day. (everyday except Tuesday.